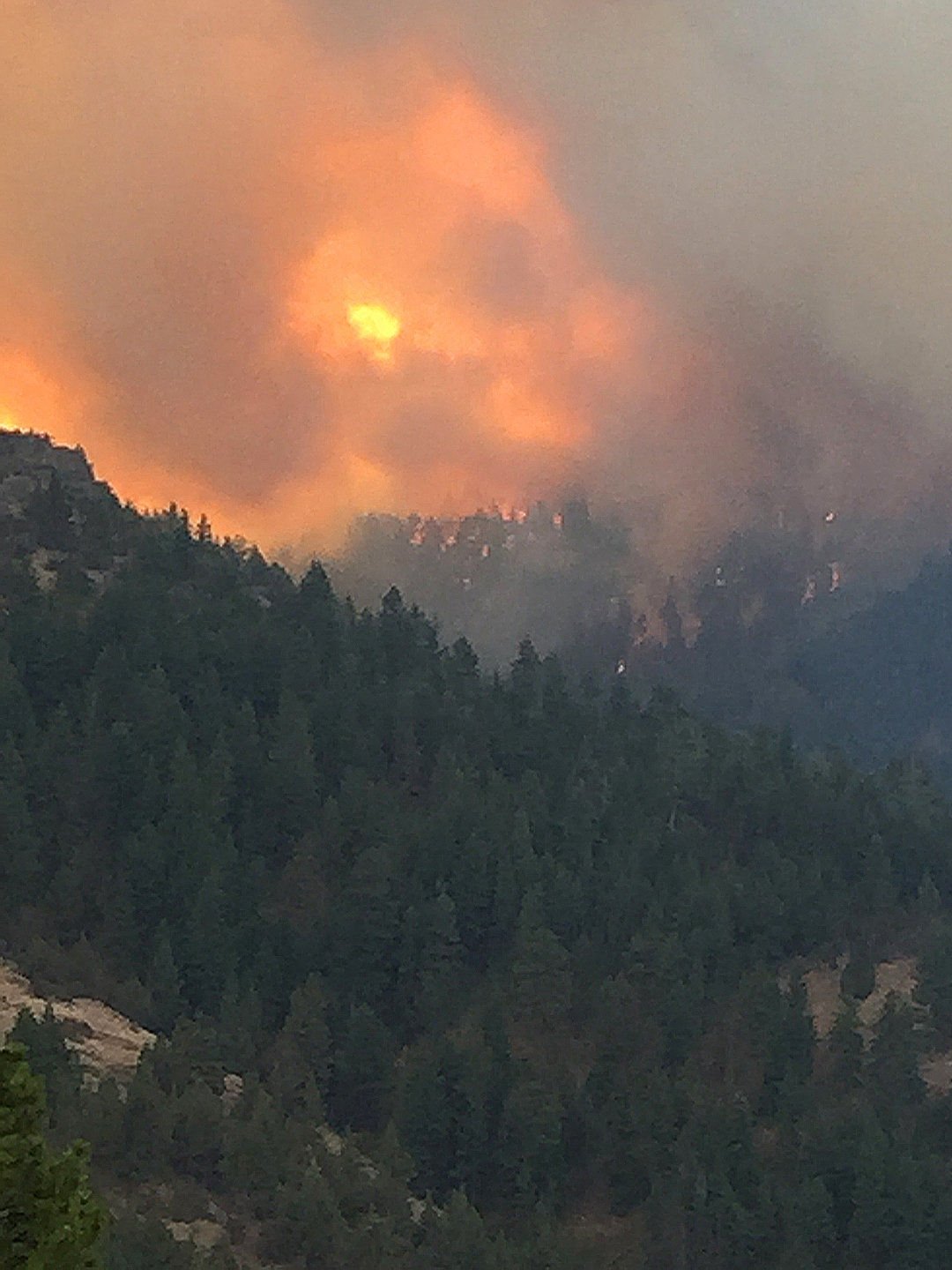 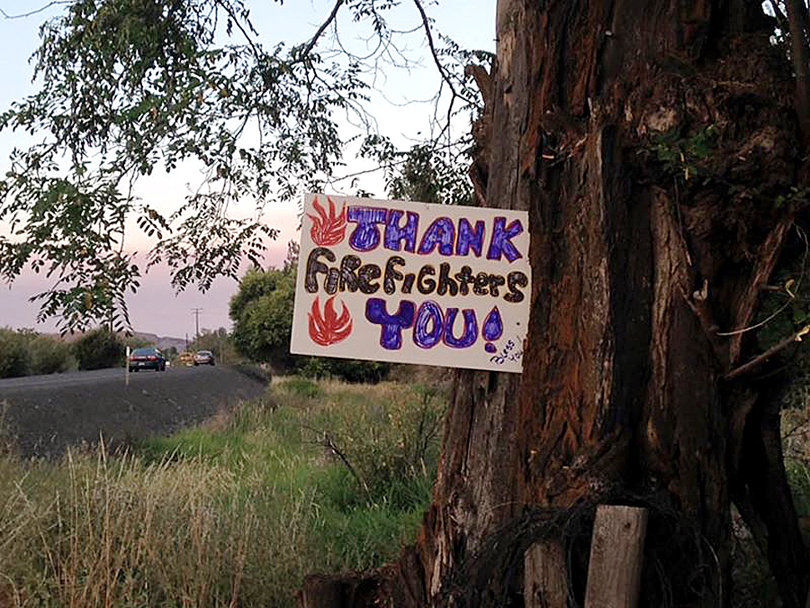 Lisa Green Pereira's “thank you” sign was among many popping up throughout the area in support of the firefighters in Grant county.

Lisa Green Pereira's “thank you” sign was among many popping up throughout the area in support of the firefighters in Grant county.

Wallowa County residents may be gasping from the smoke drifting into the valley, but what is really taking their breath away is the fire danger threatening the homes and lives of friend and relatives in nearby communities.

More than 1,000 firefighters are engaged in a desperate battle against fires consuming more than 150,000 acres in Northeastern Oregon, endangering several towns and resulting in evacuation orders for some residents in Baker and Grant counties.

The U.S. Forest Service estimates 300-500 firefighters are fighting the lightning-caused Canyon Creek Complex fire in Grant County, which has burned more than 40,000 acres, causing Level 2 and 3 evacuations in both Dayville and John Day with the fire ranging to within less than a mile of both locations.

Chieftain publisher Marissa Williams and her family were evacuated from their home in the south end of Canyon City near John Day.

“Our home is safe, thank God, But the fire took some of our neighbor’s houses, some only two miles away. It’s very, very scary,” Williams said. She added the fire traveled so quickly that neighbors Dean and Betty Elliot lost both their car and truck, along with their home.

Dean Elliot even left his wallet in the home. “The fire just came like a freight train,” Betty Elliot said.

The Canyon Creek Complex threatened 500 residences, with at least 26 confirmed as destroyed. As of Monday, the fire was 0 percent contained. The Strawberry Mt. Wilderness Area is also closed.

Baker County is suffering the effects of at least three fires: The lightning-caused Coronet-Windy Ridge blaze has devoured nearly 100,000 acres southwest of Baker City. Despite the efforts of more than 600 firefighters, the fire destroyed four residences and threatens 187 more with 21 other structures consumed.

The fire is 30 percent contained with no expected containment date. Conditions are such and resources stretched so thin that even active-duty military personnel were called in to help.

Between 160-200 firefighters are battling the 20,000 acre El Dorado fire about 70 miles southeast of Baker City. The fire has consumed four residences and threatens 20 commercial/residential properties. The fire is 10 percent contained with no expected containment date. The cause is unknown.

The lightning-caused Eagle Complex fire has consumed 2,200 acres near the Eagle Cap Wilderness about 20 miles northwest of Richland. More than 160 firefighters are battling the blaze, which has forced evacuations and threatens 20 residences and 30 structures in the area. The fire is 0 percent contained with no expected date of containment.

A Wallowa County air-quality alert was issued by the National Weather Service in Pendleton, along with the Oregon Department of Environmental Quality.

The alert states air quality will reach unhealthy levels and possibly cause burning eyes and runny noses, as well as aggravating lung and heart conditions.