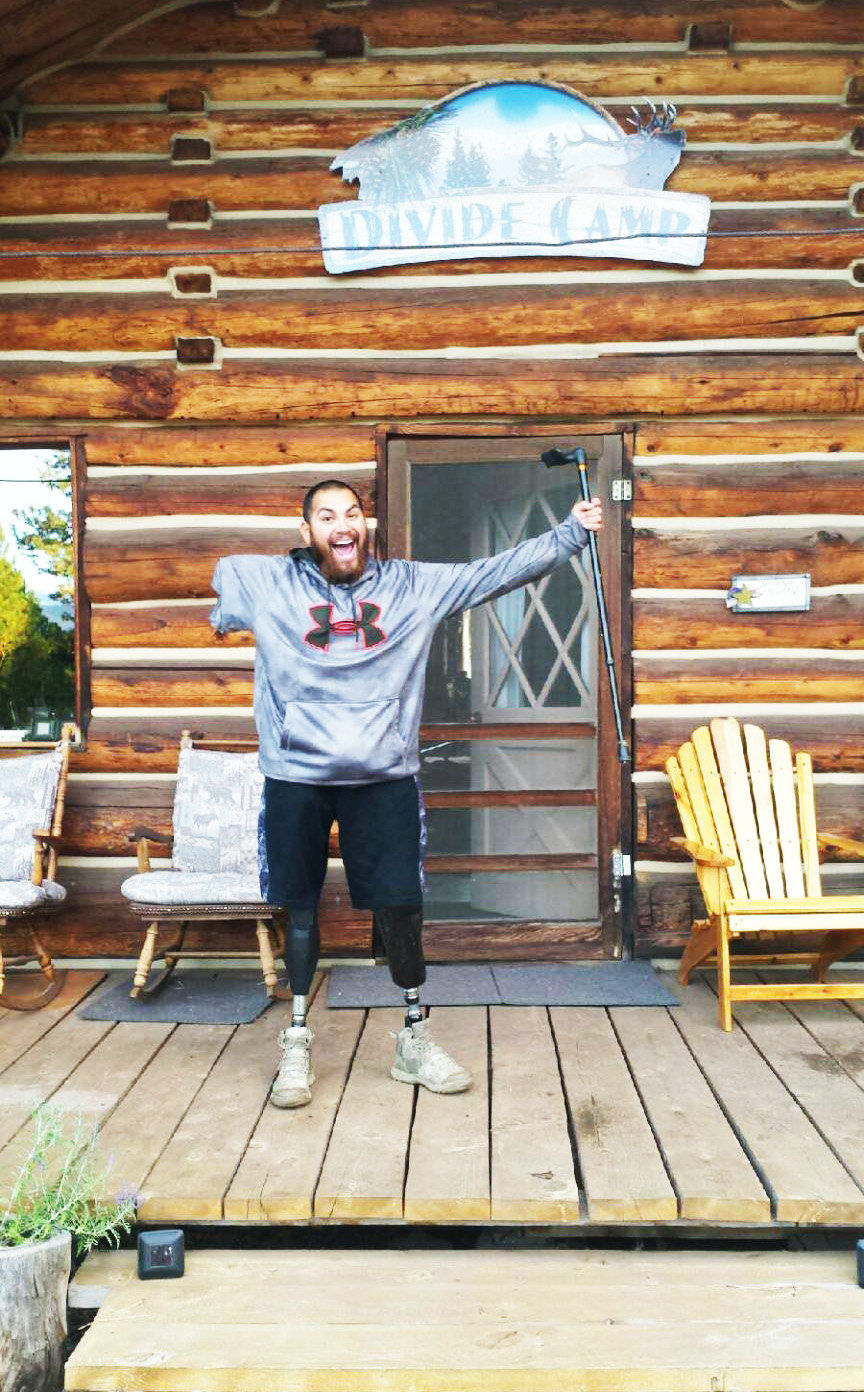 Iraq war veteran Jose Martinez bagged an elk on his second day at Divide Camp and brightened the lives of those he met during his week-long stay at the camp. 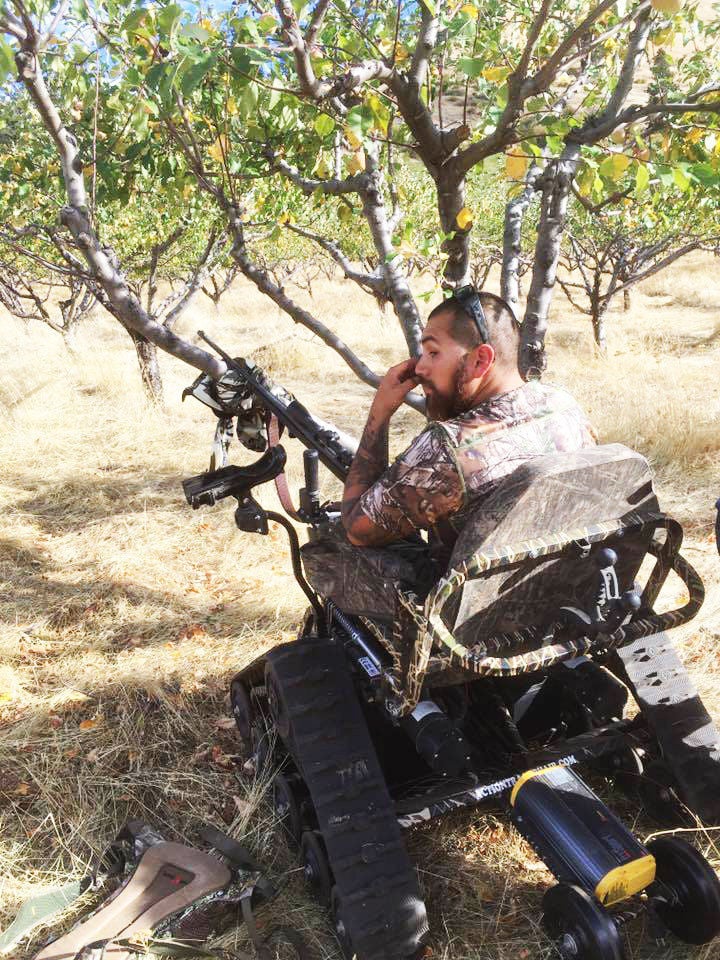 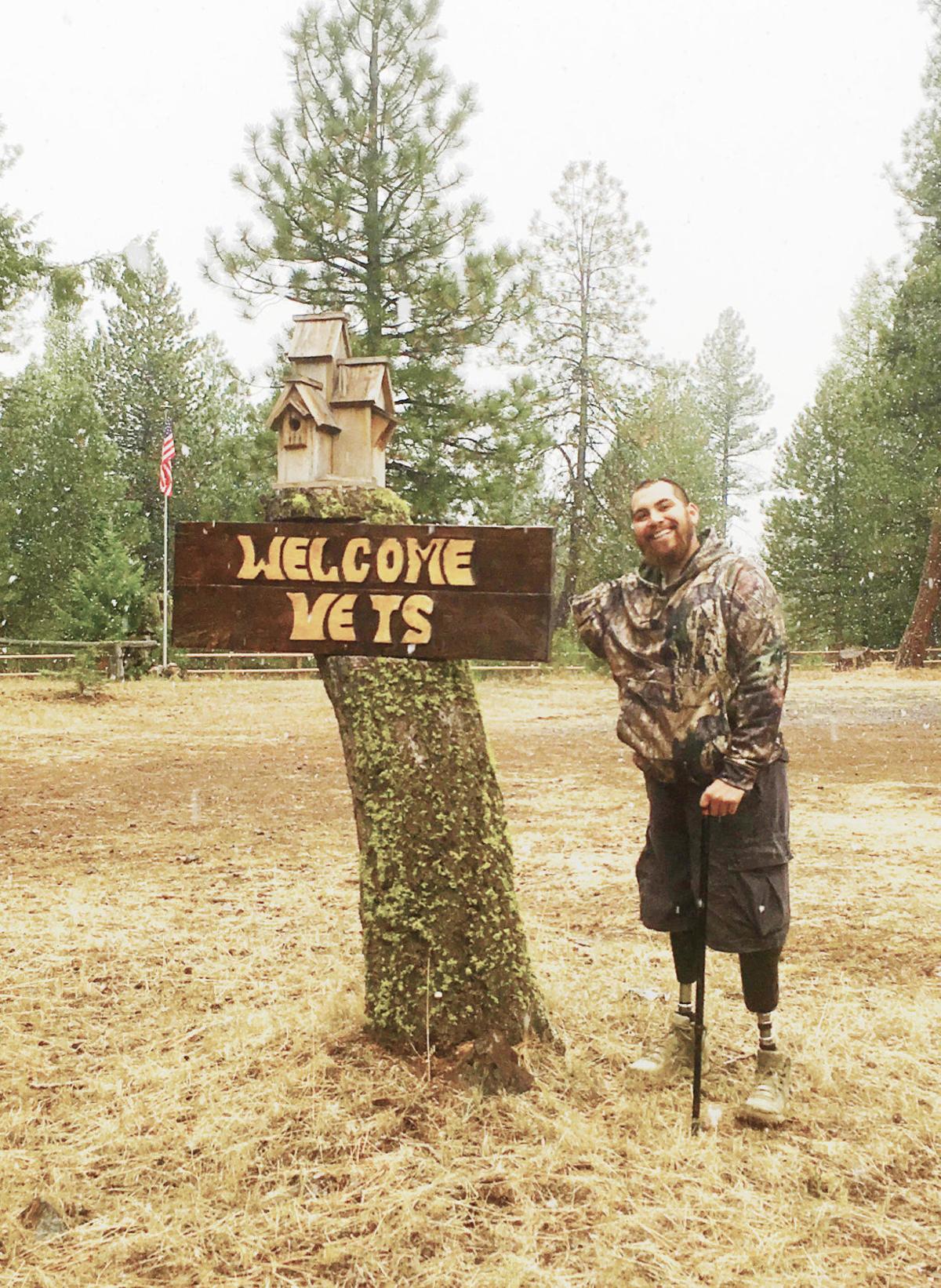 Iraq war veteran Jose Martinez spent a week at Divide Camp, bagging an elk and impressing others with his can-do spirit.

Iraq war veteran Jose Martinez bagged an elk on his second day at Divide Camp and brightened the lives of those he met during his week-long stay at the camp.

Iraq war veteran Jose Martinez spent a week at Divide Camp, bagging an elk and impressing others with his can-do spirit.

Our country is filled with veterans who need help recovering from wounds suffered overseas or back home. Oftentimes what is needed are words of hope from a fellow veteran scarred from the same kind of wounds.

Divide Camp, a local nonprofit devoted to healing the physical and psychological injuries of post-9/11 veterans through outdoor pursuits recently hosted Jose Martinez, a veteran medically retired from the Army. Raised in Compton, Calif., Martinez is no stranger to hard times and violence. He didn’t admire the gang lifestyle that surrounded his neighborhood, but he liked making money.

“One coincides with the other,” Martinez said. “Before I joined the military, I was shaking hands with all the wrong people in the world.”

In 2010, a horrific street incident left him in tears for a day. He immediately joined the Army.

The Army deployed Martinez to Afghanistan in 2011. In 2012 an Improvised Explosive Device sent him spinning into a different world.

He remembers the 60-pound IED he stepped on. He instantly lost his right foot. His left leg was slightly attached, as was his right arm. He lost major portions of all of them, including a finger on his left hand. He also remembers begging his fellow soldiers around him to let him go.

“My guts were hanging out and my guys were on top of me. We were having this fighting conversation — me telling them not to save me and let me go, and them fighting, saying, ‘No, we’re going to save you.’”

Martinez woke up from a coma 10 days later at Bethesda Hospital in Baltimore.

When he awoke, he saw his family and closed his eyes, wishing to be back in Afghanistan. When he reopened them and saw his family, he knew the injuries weren’t a dream.

The next war started with numerous surgeries and doctors who told him he would never walk again. Battling against the naysayers, Martinez learned to walk with prosthetics, though it took a grueling 18 months of therapy. Even so, not every problem was conquered. Extreme depression set in. Two suicide attempts later he took a drastic step and stopped taking his prescribed medication.

“They were giving me the drugs for my pain, but it was taking over everything. When I stopped, my life started opening back up.”

Martinez started by sharing his experiences with soldiers and others who needed to hear. He became a motivational speaker.

“I don’t call it work; I’ve been given the podium to speak, and I want to take advantage of it to help as many people as possible for the right reasons.”

Along those journeys, he met Divide Camp veterans liaison Corey Watson during a Texas hunt two years ago. Watson later remembered the plucky soldier and invited him up for a bear hunt. Martinez had never been to Oregon but knew this was a step to fulfilling his wish to visit every single state.

“It was different country, a different kind of terrain than I’m used to, and I wanted to challenge myself,” Martinez said.

He arrived for the hunt Sept 29. Jim Soares, a local real estate agent and avid hunter, served as the hunt guide. He told Martinez the bear hunt was canceled. The news didn’t phase Martinez. Soares then told Martinez that local resident Saralyn Johnson had donated an elk tag.

He also had high praise for Soares.

“Jim Soares is amazing. He surprised me with the elk tag when I first got here. I started crying and he started crying. People feeling emotion is what makes us human, and a lot of us have steered away from that. Anyone who acts like a real human is someone I want to keep in my life.”

The rest of his time at the camp was spent viewing wildlife, including a bald eagle, and enjoying a rare view (for him) of the Milky Way.

“It’s gorgeous, even if we hadn’t gone hunting and just saw wildlife I would have loved it.”

He also stayed in a new cabin built to accommodate veterans with disabilities. He appreciated the camp’s efforts to make him comfortable.

“It doesn’t take much, really, but it let me know how much they cared,” he said.

Martinez is planning a return trip to Divide Camp.

“I asked them if I could come back to go fishing. I’ve only fished once, in a pond, but I’ve never experienced anything like river fishing. It’d be pretty awesome if I could come back. It’s been so therapeutic, being out in the woods. I was out in the snow taking pictures like I was a little kid. It’s a place you need to come and see yourself. The people are great, and all they want to do is help.”

After a pronghorn hunt in Wyoming, Martinez will return to his Apple Valley, Calif., home. He’s also scheduled for another Divide Camp event this spring as the featured speaker at the Divide Camp banquet on April 29.

In between are more speaking engagements to let other wounded vets know about options available to them while expanding his own horizons.

“People tell me, ‘You’re nuts,’ or ask ‘Why are you doing it?’ Well, I don’t want to limit myself. I want to push boundaries and show people there’s no limits to anything. They once told me I wouldn’t walk, but look at me now. Here I am without a wheelchair. I can walk, hunt and fish. I just want to help as many vets as possible who feel they’re in the same predicament.”