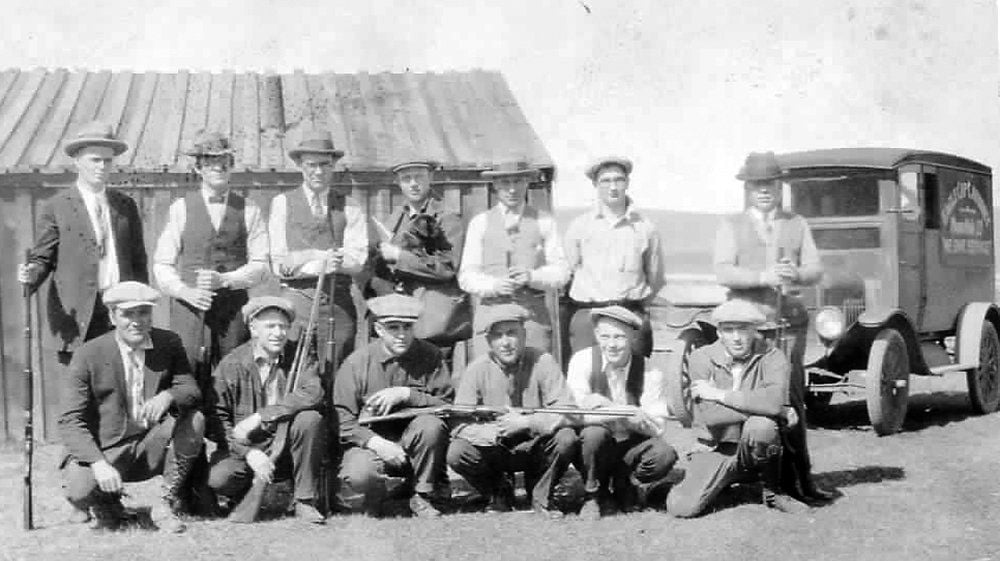 A group of hunters poses beside an Eagle Cap Laundry truck. 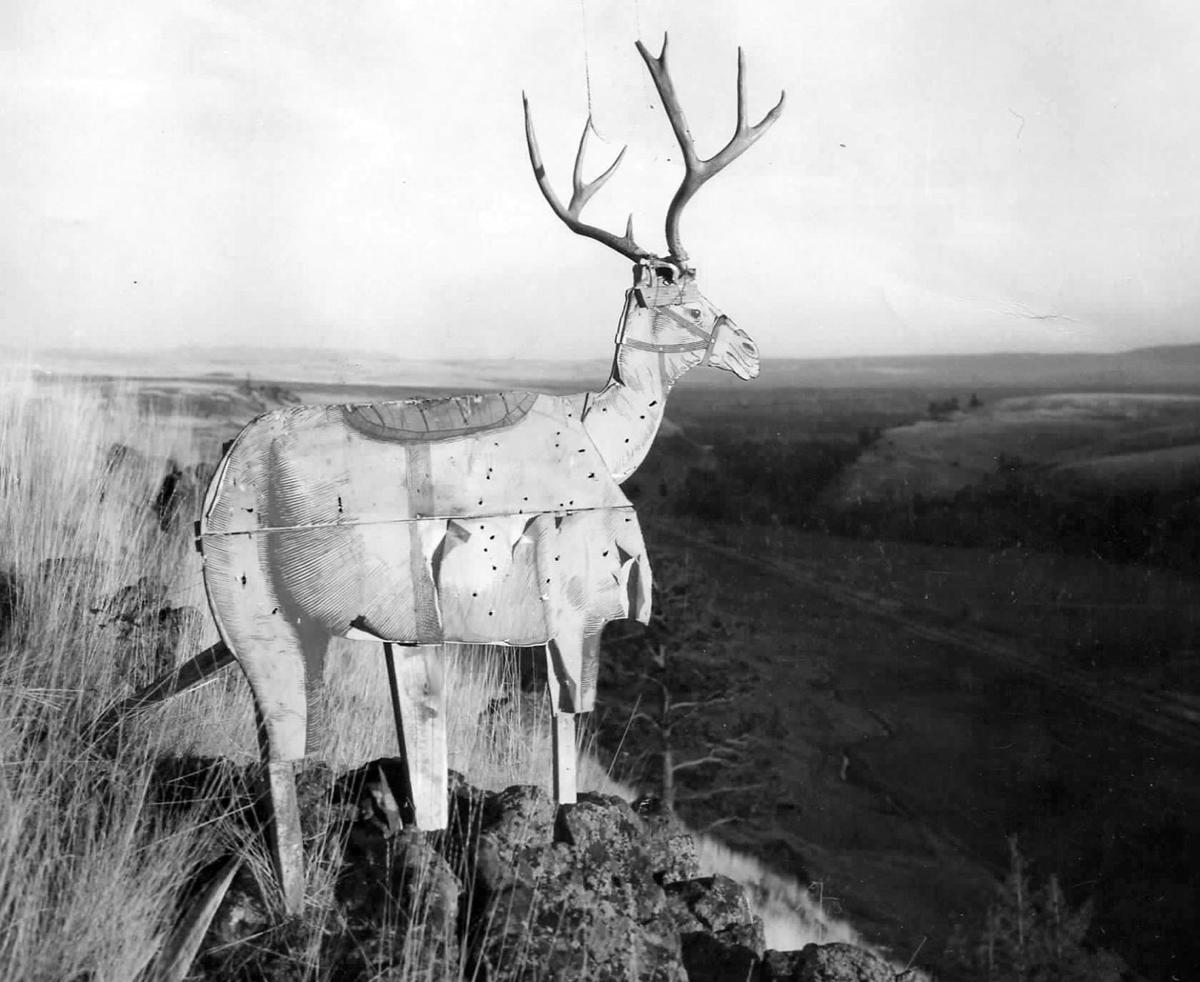 A group of hunters poses beside an Eagle Cap Laundry truck.

Items of interest from the pages of The Chieftain from this week in years past.

• Additional facilities for the storage of grain in Enterprise will be available before the week’s out. L. W. Riley and son Chester A. Riley, operating as the Enterprise Grain company, began construction on Monday of a new warehouse.

• Troy news: E. D. Silver who was sent to the asylum in Pendleton last spring is back, said to be in good health of body and mind.

• Promise news: Several of the young people gathered at Uncle Jimmie Fleshman’s last Tuesday evening and helped them to peel and core apples. A pleasant time was reported.

• George Houser has been working at the black marble quarry most of the summer and fall burning lime for use in the new buildings being erected in Enterprise. The lime has been used entirely locally, as it should be.

• A box social will be held at the Childers school on Trout creek Saturday night of this week for the benefit of the Trout creek union Sunday school. The supper boxes will be sold at auction and every young man is expected to come with his pockets full of money, if he has a notion of eating with the girl he likes best.

• Two of the boys on the Joseph football team received injuries in the game between Cove and Jo-Hi that will keep them out of the games for the rest of the season. Bob Grandy was the victim of a badly dislocated right shoulder which necessitated an anesthetic for resetting. Horace Daggett received a cracked knee cap… his leg has been put in a cast for a few weeks. He is able to get around on crutches. Cove was the victor in the game.

• So many people are asking how to make homemade soap that the extension service has issued a mimeographed circular giving a number of recipes for turning fat into soap for use in either the laundry or bath.

• Jay Dobbin, who has his sheep pastured at the Mike McFetridge place on upper Prairie creek, had the misfortune to lose about 75 head when dogs got to running them the other night and the sheep piled up and were smothered to death.

• Frank’s café will take on an Oriental atmosphere when they start serving Chinese noodles once a week.

• Efforts are being made by friends of the David Gibson family of Joseph to recruit several blood donors who will stand by and be ready when needed to give blood transfusions to the Gibson’s 10-month old son, Randy, who has an acute case of hemophilia.

• Wallowa clinched the Tu-Valley league football title when the Cougars turned back the stout bid of visiting Elgin High School with the final tally 20-0.

• The Lady Elks are back on top at the Monday night bowling league. Boise Cascade and Burrows Cafe are still tied for first on Tuesday night.

• Two Enterprise boys, Mike Rahn and David Morgan, both held off shooting a deer until the last weekend of the season hoping to get record bucks. That is just what they got! The total number of points over an inch long on Mike’s buck , on both sides, totaled 21. David’s buck had 4 points on one side and 5 on the other and tipped the scales at 210 pounds without the head or hide.

• Fierce winds last week topped a large spruce tree on the lawn of the Wallowa County courthouse, hitting a couple of cars. The other three trees on the east side of the courthouse were felled after they were tipped toward the street by high winds and ruled a safety hazard by the Wallowa County Court. The court plans to replant the area with some large evergreens as soon as possible, according to Commissioner Les Carlsen.