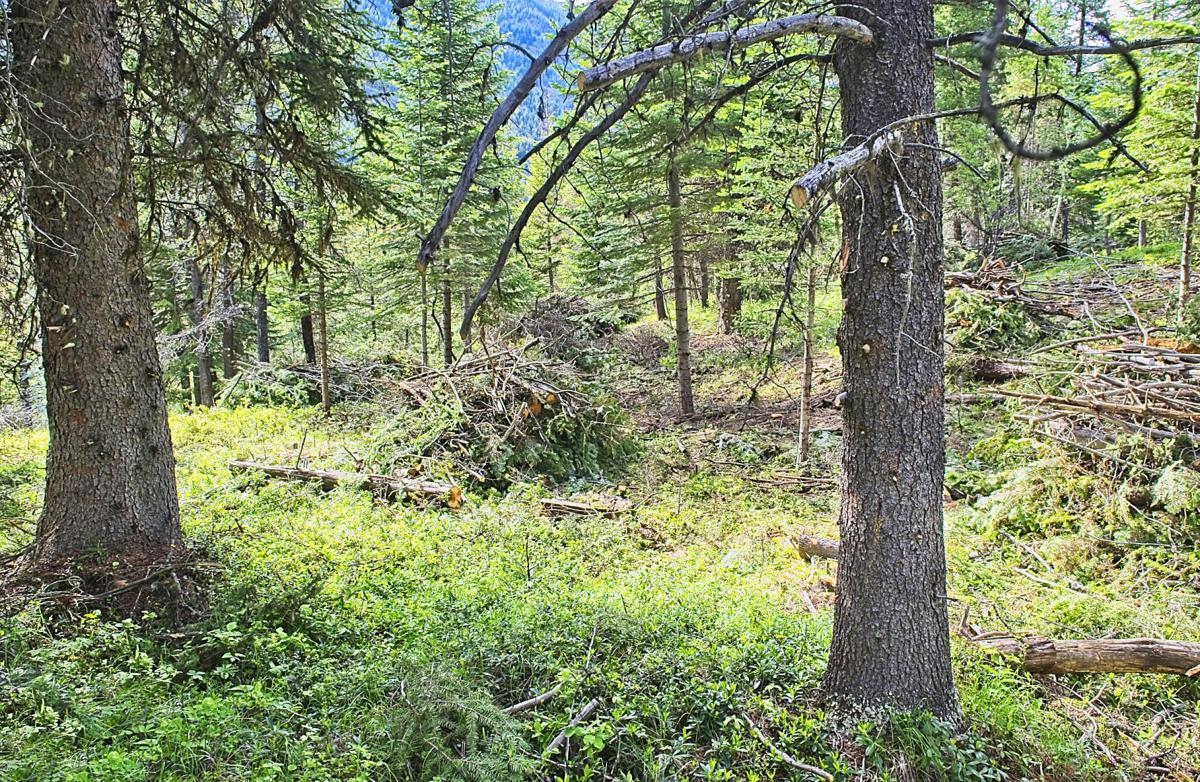 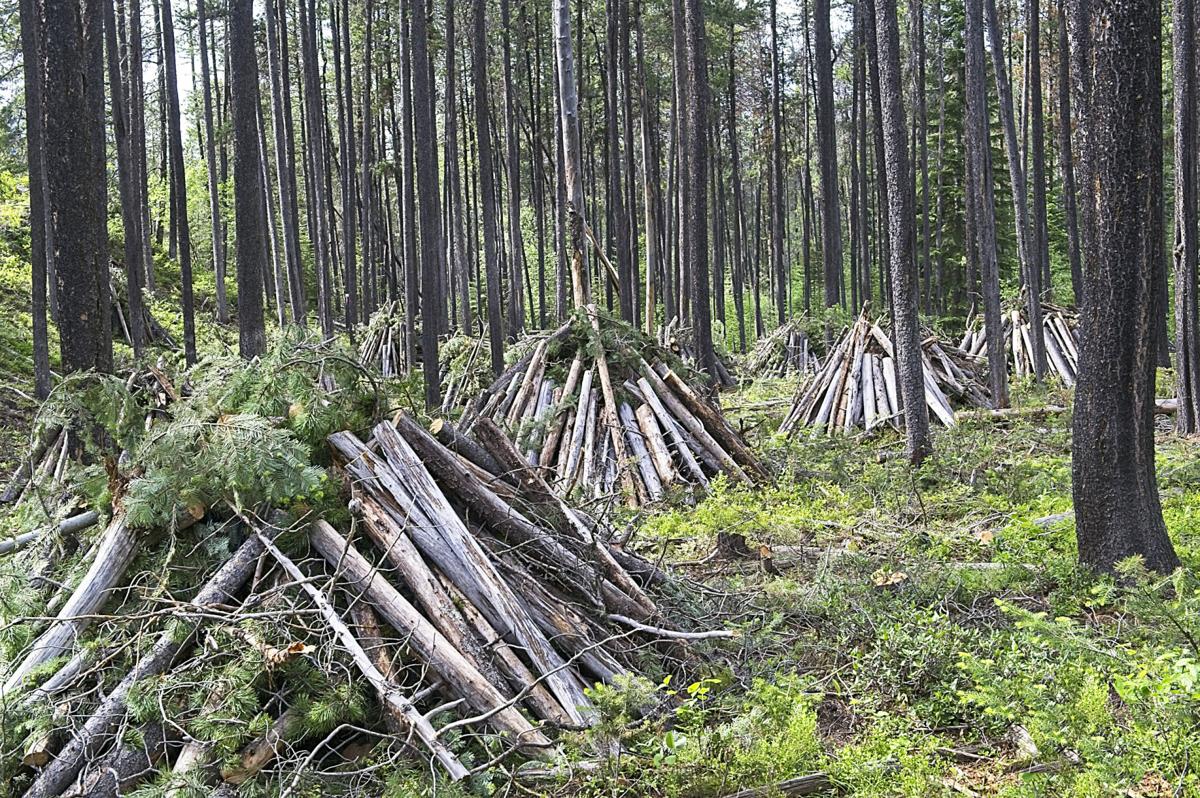 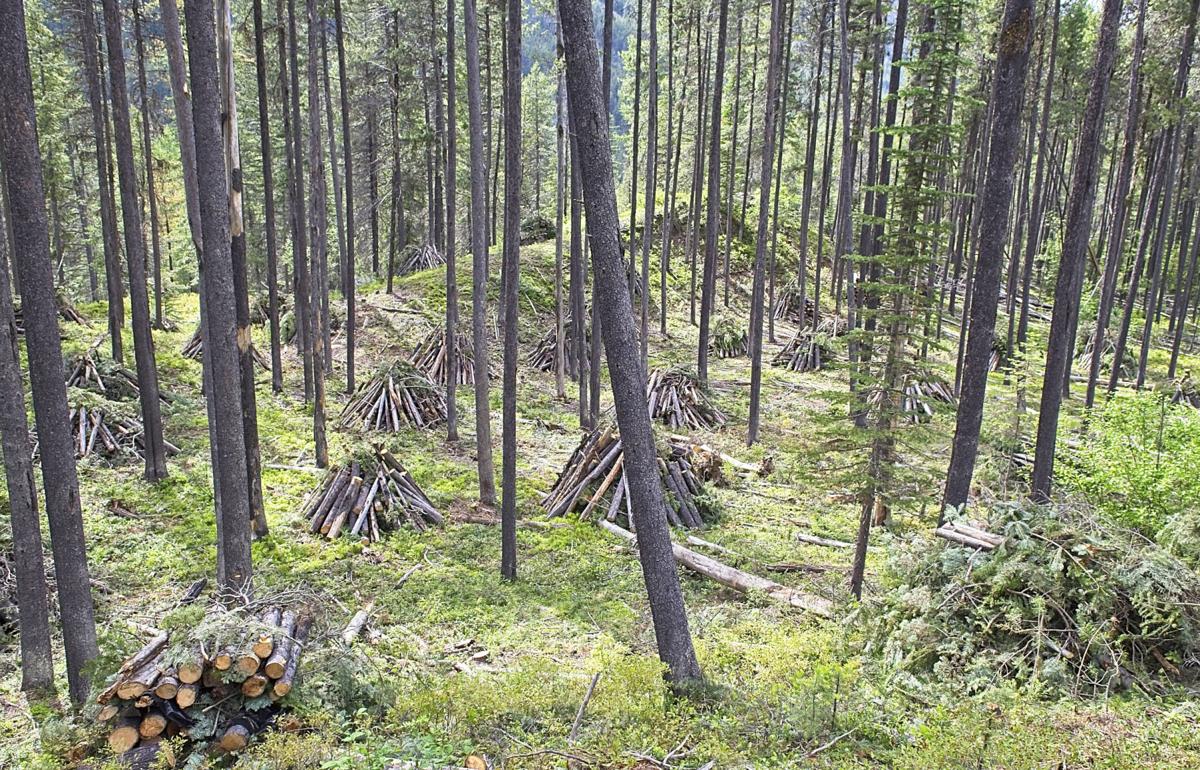 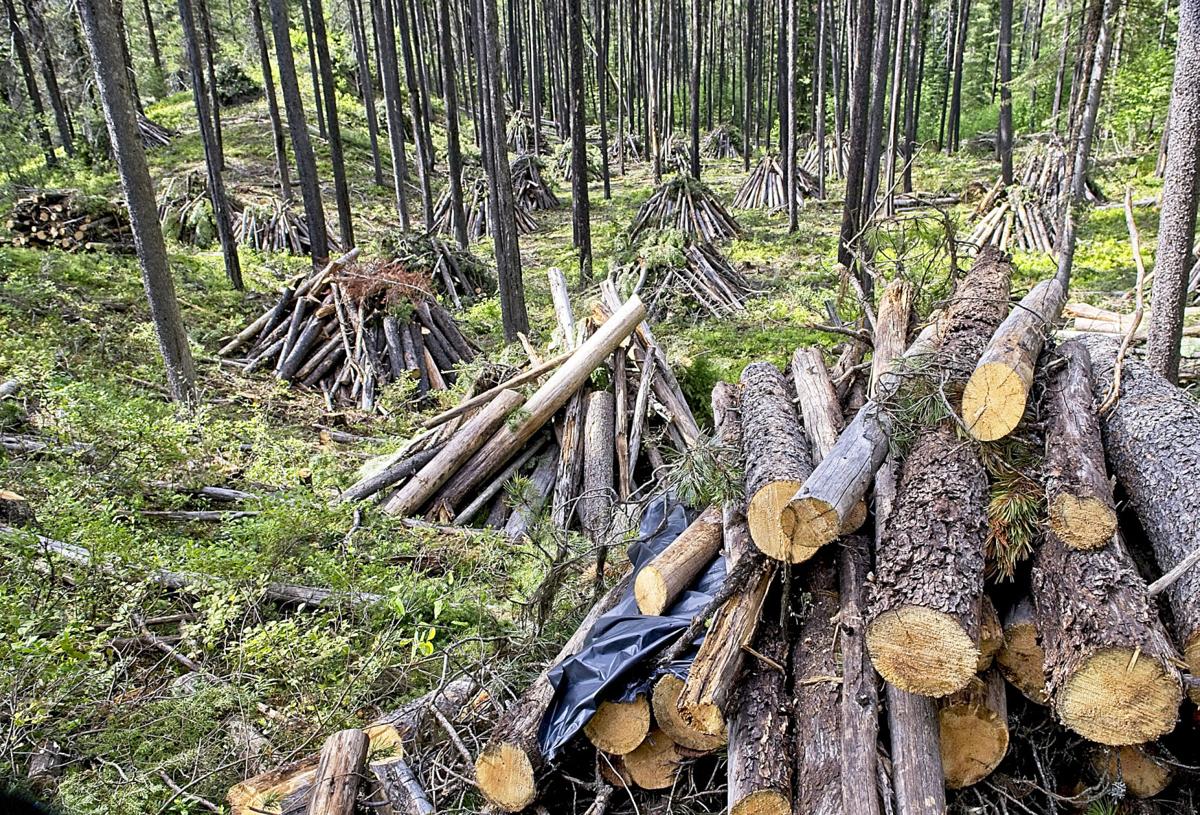 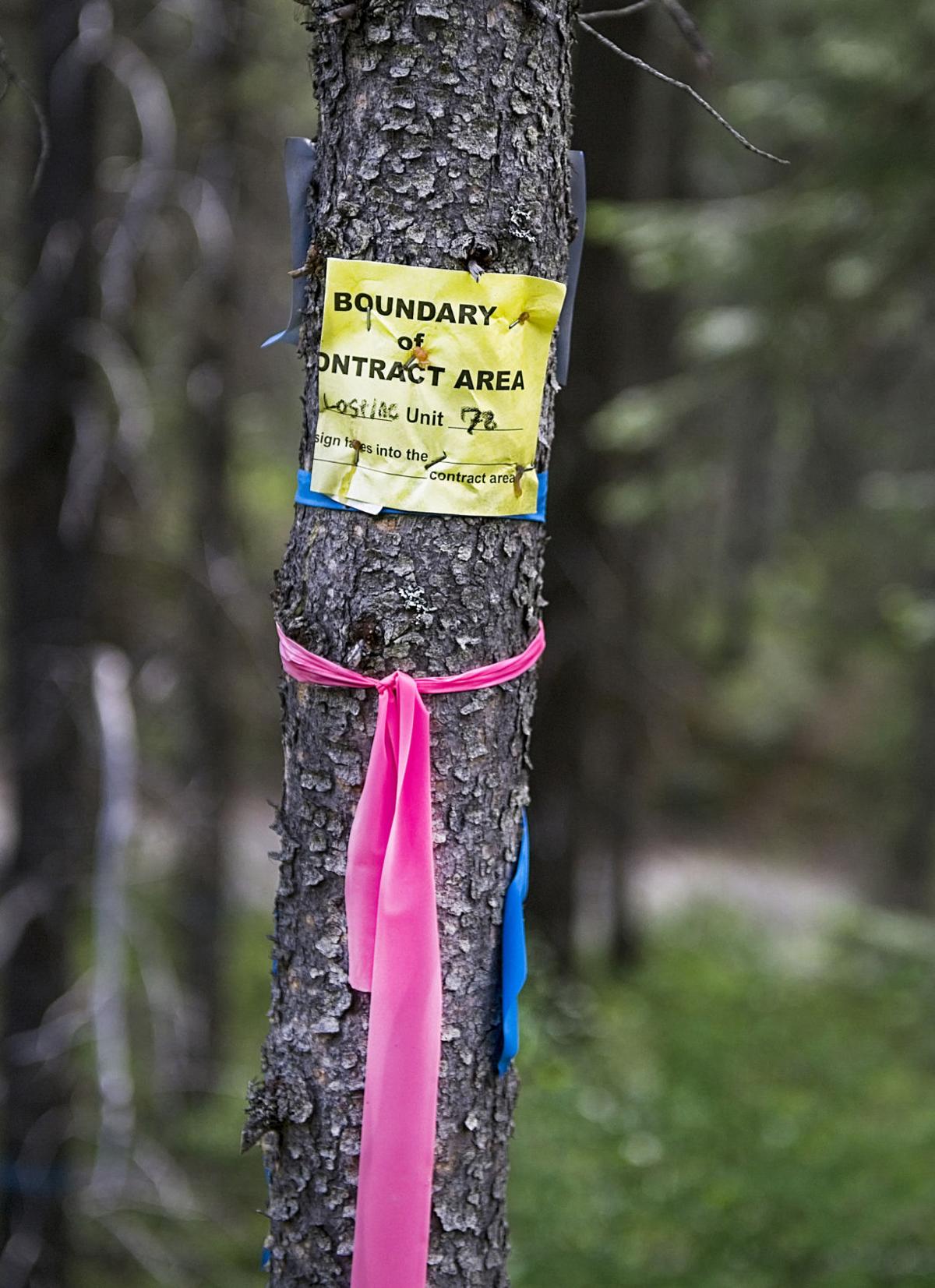 A sign marks the boundary of the Cut Unit 78. 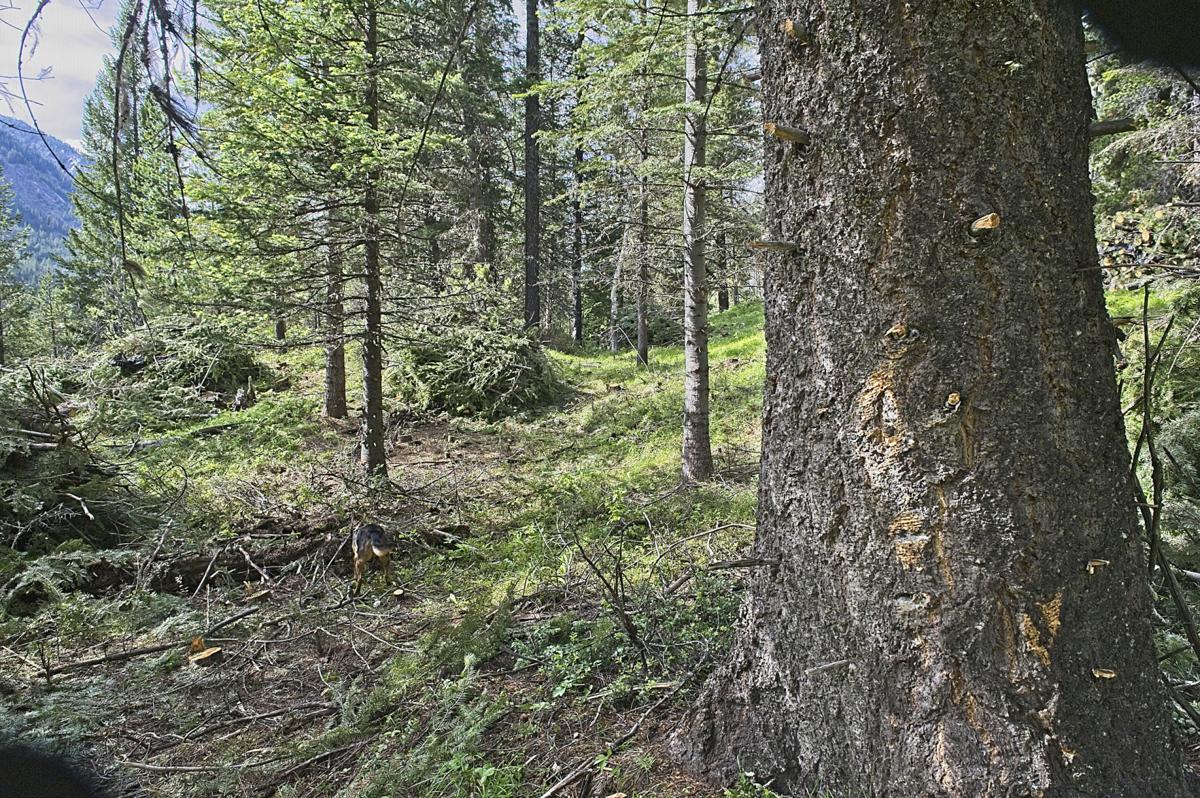 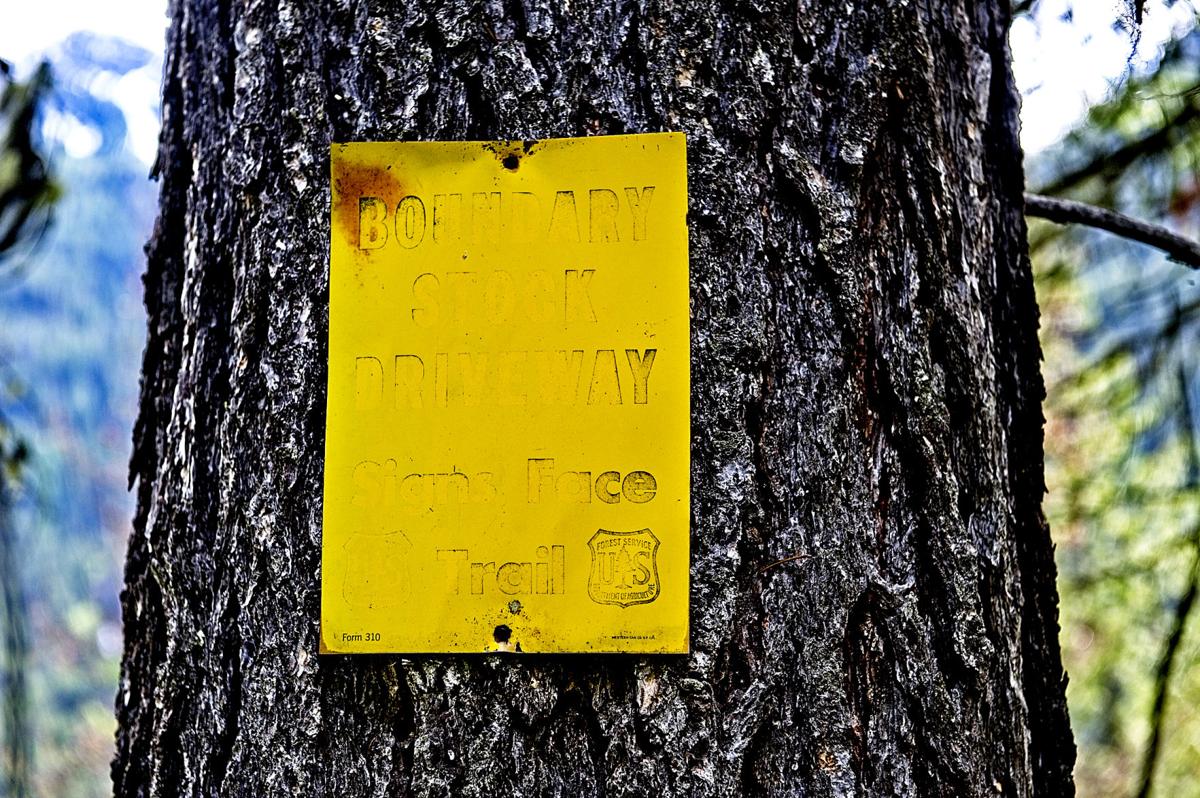 A faded stock driveway sign on the Unit 78 ridgetop is still posted on a large Douglas fir tree. The sign likely dates to the 1920s when sheepherders drove their bands into the high country for the summer. 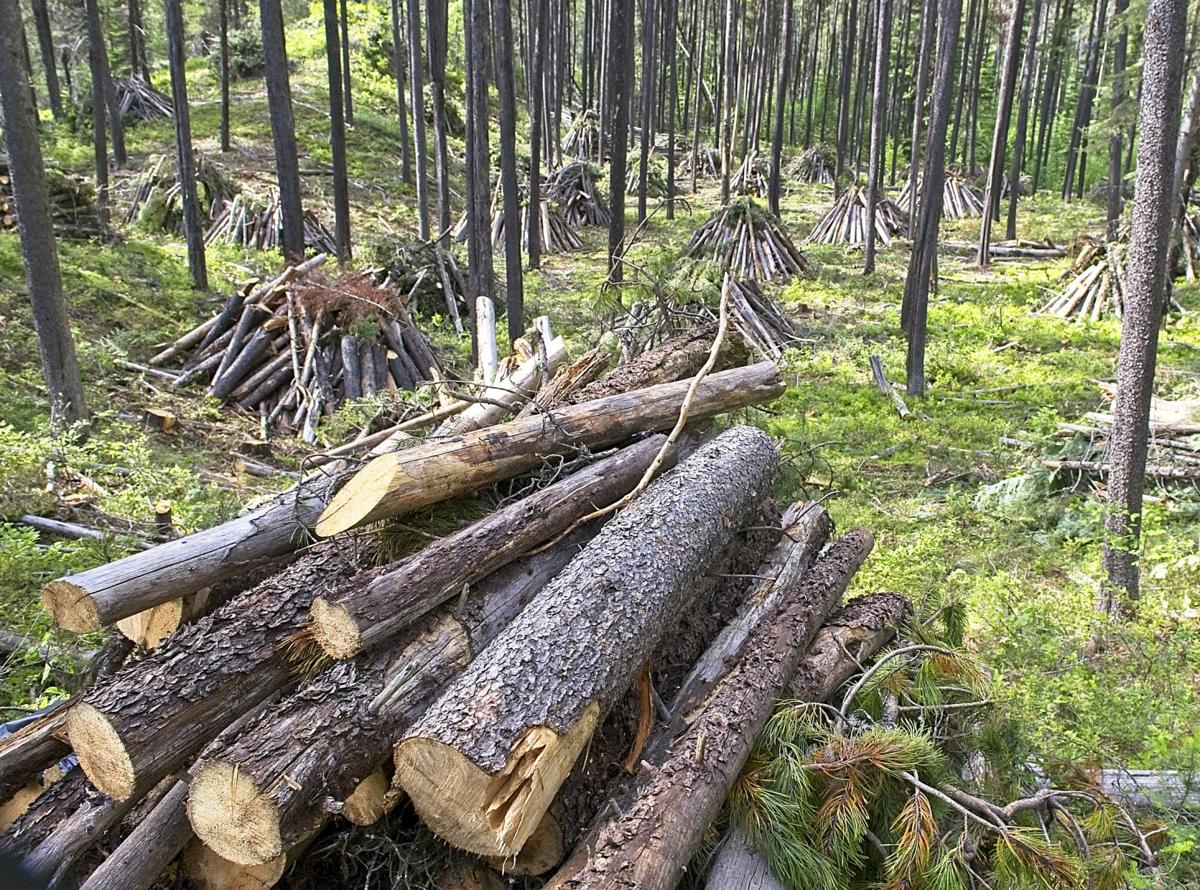 A sign marks the boundary of the Cut Unit 78.

A faded stock driveway sign on the Unit 78 ridgetop is still posted on a large Douglas fir tree. The sign likely dates to the 1920s when sheepherders drove their bands into the high country for the summer.

Last week, contracted crews for the Forest Service began hand-cutting and piling trees in an approximately 200-yard-wide swath at mile 7 on Lostine River Road, adjacent to the Lostine Ranger Station.

Stein expects that the thinning will continue for only a short time, and then resume again in the fall and winter.

“We don’t want this to be in conflict with summer traffic on the road,” she said.

Rob Klavins, Northeast Oregon field coordinator for Oregon Wild, said he had not heard that the Lostine thinning project had started.

“As a group that the Forest Service called a collaborative partner, we were to be part of what they called collaborative implementation and monitoring. I’m surprised that some of the work has started without us knowing” he said. “This work seems to be the kind of thinning that we supported. There were significant parts of the project that we were OK with. To the extent that it was a safety project, there were parts that we didn’t object to at all. That included some roadside thinning, removal of hazard trees, clearing out the area for a helicopter pad. We were OK with that. So this could be part of the project that we support. But where it turned into aggressive logging of some of the most fire-resistant trees and some of the most fire-resistant stands, that’s where we had a real concern.”

The 11-mile-long, approximately 2,000-acre Lostine Corridor project was given the green light by the Forest Service in late April 2017. But two environmental groups, Oregon Wild and the Greater Hells Canyon Preservation Council, filed suit to stop it. They accused the Forest Service of violating the National Environmental Policy Act by improperly authorizing the project as a “categorical exclusion,” allowing the agency to sidestep a formal environmental impact study. Their concerns included the planned removal of large trees for commercial purposes and threats to rare wildlife and vegetation, including wolverines and a fernlike plant known as moonwart

However, in January, the U.S. Court of Appeals for the Ninth Circuit rejected environmentalists’ challenges, upholding an earlier ruling that the Forest Service had complied with environmental laws in developing and authorizing the project.

On Cut Unit 78, just south and east of the Lostine Ranger Station, small lodgepole pine and grand fir, 1 foot in diameter and smaller, have been cut and stacked, either in tepee-like pyramids or more conventional, orderly woodpiles, to await a fall or winter burn. Larger trees that were thinned are generally lodgepole pines less than a foot in diameter. Smaller ones, that mostly formed an understory of ladder fuel, a predominately grand fir less than six inches in diameter. Stumps reveal that some of the small-diameter lodgepole pines have been severely repressed in growth. A careful count of the very narrow rings in the stump of one 8-inch diameter lodgepole pine revealed that it was at least 100 years old, and probably somewhat older.

In this cut unit, all large trees remain, some up to about 30 inch diameter at breast height. They include Englemann spruce, Douglas fir, grand fir, tamarack, lodgepole pine, several small Ponderosa pines and even a sizeable aspen. Most occur on a hill to the east of the Lostine River Road where an old and barely readable Forest Service sign posted on a large grandfather lodgepole declare this ridge to be a “Stock Driveway.” The ground cover of huckleberry and other plants seems little disturbed by the hand-cutting and stacking.