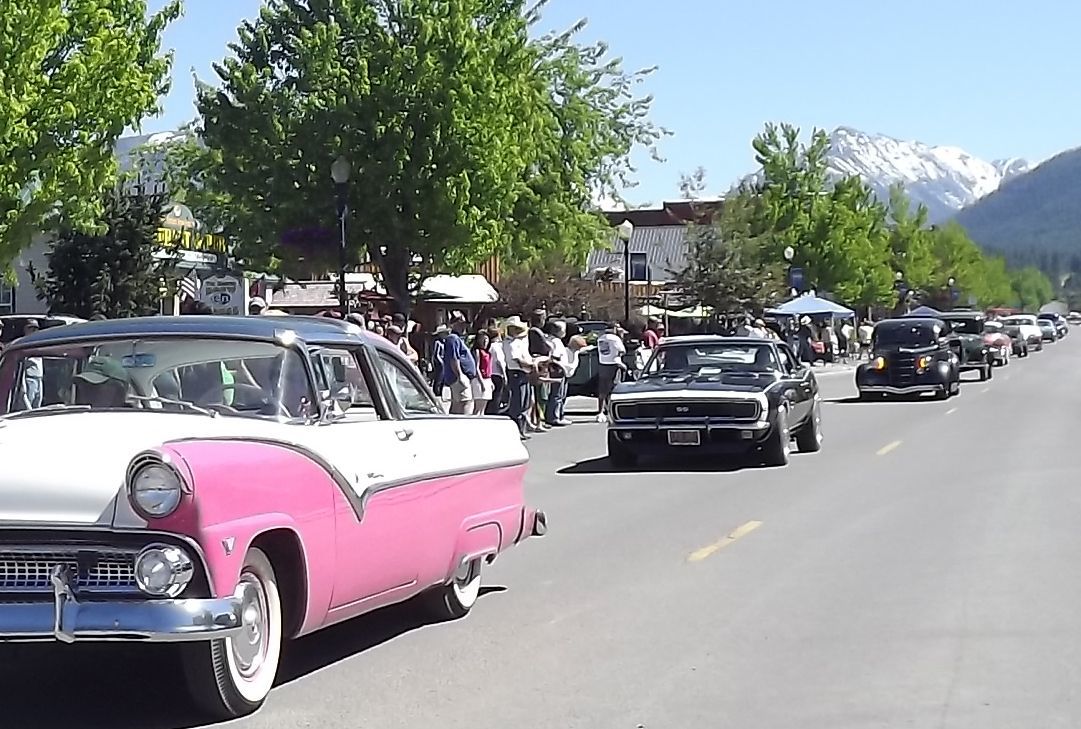 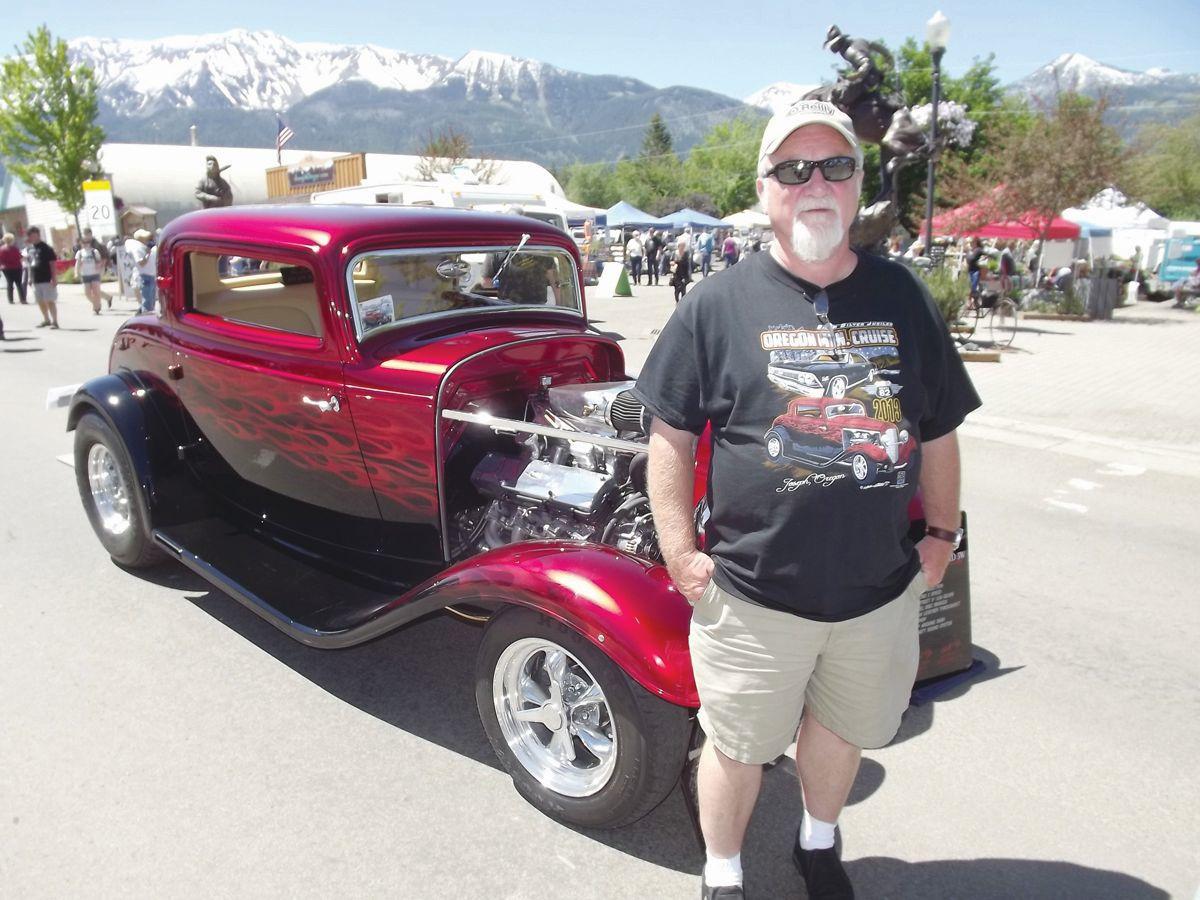 Chieftain file photo Larry Anderson of Tigard, stands in front of his 1932 Ford 3-window coupe at the Oregon Mountain Cruise in 2013. After taking a break in 2014, the car show returns to Joseph this weekend.

Chieftain file photo Larry Anderson of Tigard, stands in front of his 1932 Ford 3-window coupe at the Oregon Mountain Cruise in 2013. After taking a break in 2014, the car show returns to Joseph this weekend.

JOSEPH — The 26th annual Oregon Mountain Cruise is roaring back after a year-long hiatus by organizer, Chuck Garrett. The Cruise is scheduled for June 12 and 13 and takes place on Main Street in Joseph with dinner and a dance at the Joseph Community Center on Friday, June 12.

In fact, Garrett says more cars than ever are registered for the event. “The time off was good for me personally, and good for the show. We’re beyond capacity right now,” Garrett said.

In other words, full registration for the event, which includes a catered dinner and other amenities, is closed. “We usually take 200 cars, but this year we took 220. We’re expecting about 270-300 cars total,” Garrett said. People who did not pre-register for Show-N-Shine can register their cars for the show at the Joseph Community Center from 7-9:30 a.m. on June 13 for a cost of $20 and be eligible for awards.

June 12 includes registration and the Friday Night Social Hour from 4-6:30 p.m. at the Joseph Community Center for those who pre-registered, followed by the 7-11 p.m. Cruise Dance with music by the classic rock group The Senders. The dance has a $5 cover charge. The evening also includes a game in which a number of car parts are laid out for participants to guess which year and model of vehicle they come from.

The main event, the Show-N-Shine, takes place on Main Street in Joseph on Saturday, June 13, from 9 a.m. to 3 p.m. Garrett emphasized that parking may start at 7 a.m. and no earlier. This is the event where the entries are judged. Voting will take place from 9 a.m. to 1 p.m.

The Senders will play the event from 10 a.m. to 2 p.m. Also scheduled is a golf cart challenge race complete with obstacles and a $100 prize. That event is open only to pre-registration participants.

Also included are several other awards, including people’s choice, ladies’ choice, and kids’ choice awards. A “hard luck” award and “club participation” award are also offered. Show-N-Shine participants can elect not to enter the judged classes.

Prestigious honors include the “King of the Mountain” award and the “Ragman” award, which is awarded by the family of OMC founder Jim Tuschhoff, who passed away in 2005. The family bases the award on which vehicle they think Tuschhoff would have chosen. The award is announced at 2 p.m. and the winner leads a “Ragman Cruise” to Enterprise and back, starting at 3 p.m.

The schedule isn’t much changed from previous years. “Since this is basically a one-day event, there’s not a lot we can add to it,” Garrett said.

Even after 26 years, the event draws many participants who took part in the very first OMC in 1988. “People come from all over — Oregon, Washington, California, especially northern California, and Idaho. Generally the whole Northwest area,” Garrett said.

Asked if he felt rested up after his hiatus, Garrett laughed. “I felt rested up until two months ago. This is going to be the biggest show we’ve had in a while, but we’ll get it done,” he said.