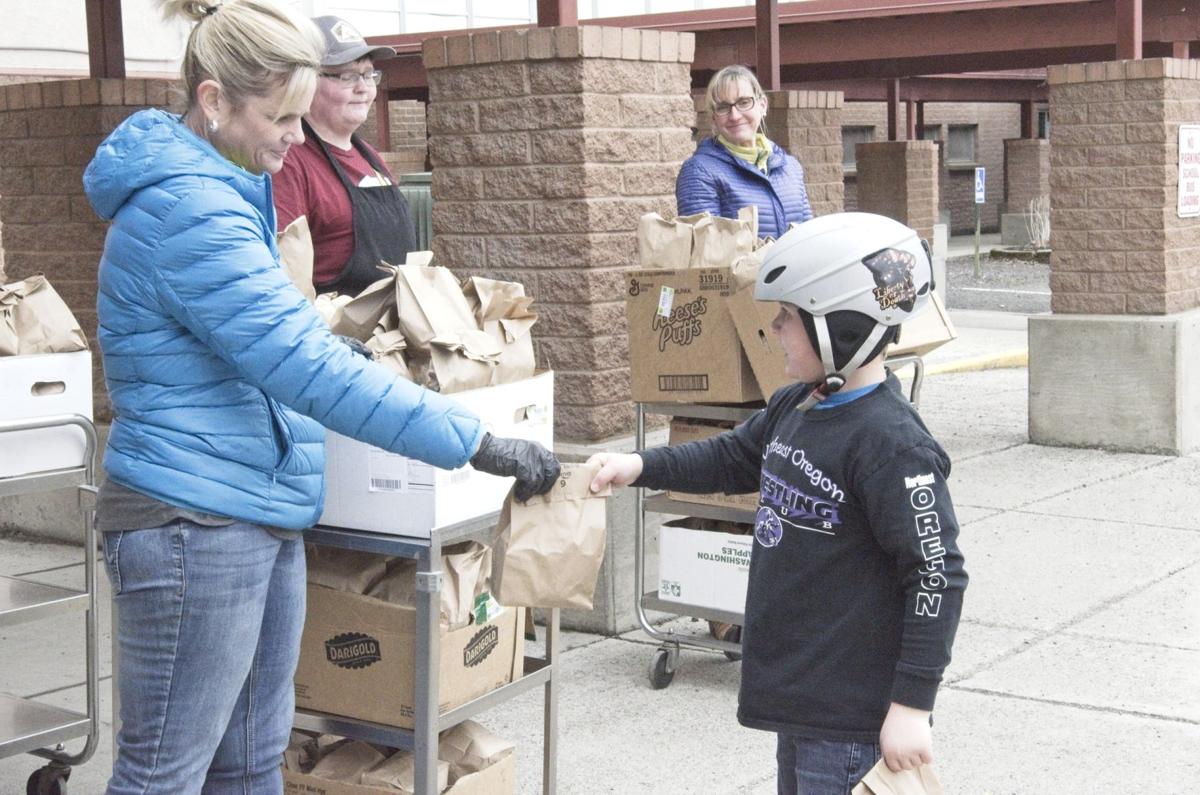 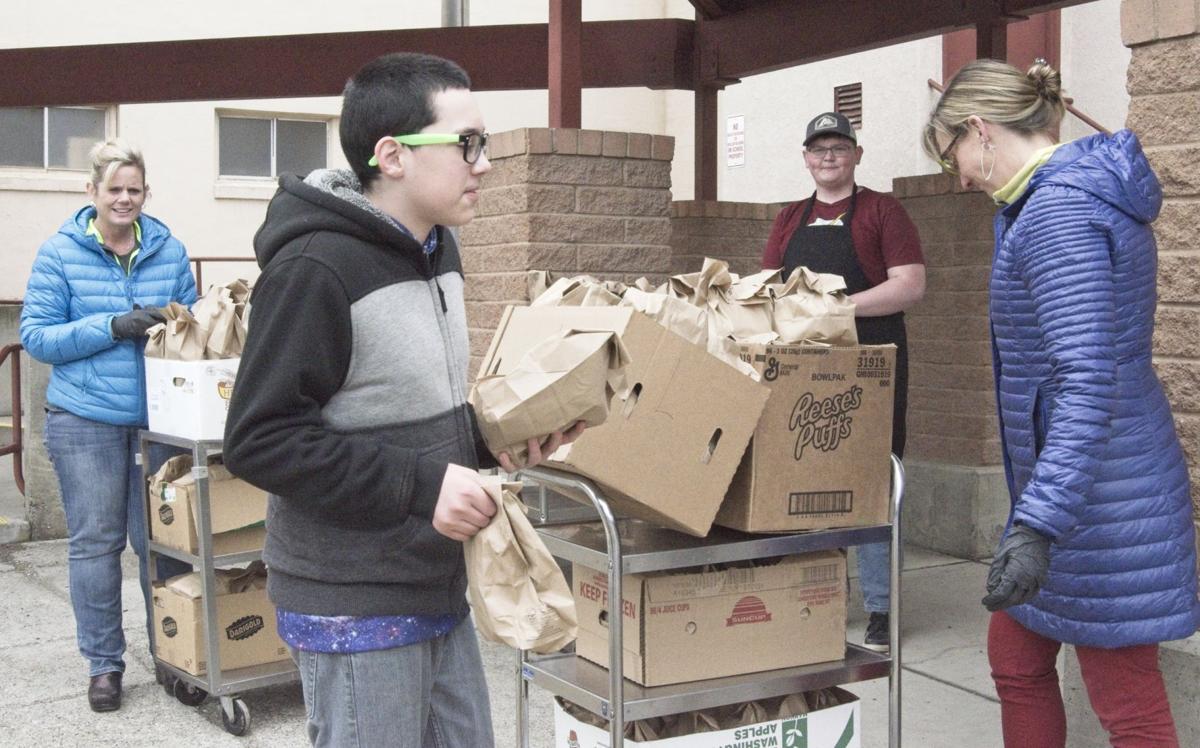 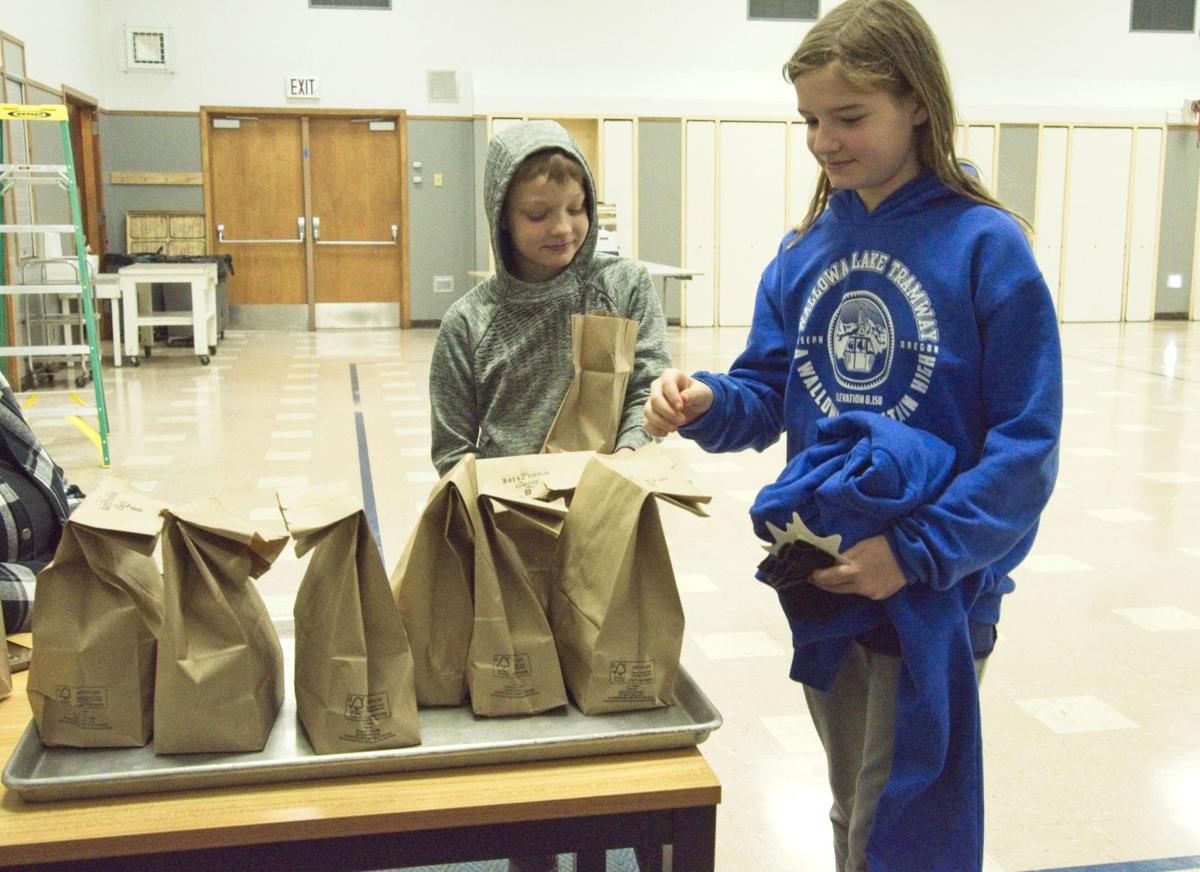 The schools will remain closed for at least two weeks — the incubation period of the new coronavirus.

On the menu for  Enterprise School students Monday was yogurt, string cheese, cereal and milk for breakfast and ham-and-cheese sandwiches, fruit and chips for lunch, said school Superintendent Erika Pinkerton, who helped hand out the meals.

Pinkerton was assisted by school counselor Mollie Cudmore and her son, Mak Pinkerton, who works in the cafeteria, in handing out the meals.

Only 16 kids came by to get meals Monday. School cook Randy Garnett and Mak Pinkerton had prepared about 120 breakfasts and lunches. The school usually serves about 200 meals a day, the superintendent said.

After about 20 minutes of waiting outside the cafeteria with little response, some of the Enterprise crew took meals down to the city park, but found only three takers there.

The superintendent said the school plans to continue handing out meals beginning at 11 a.m. at the school and at the park and will continue to get the word out via social media, which she expects to increase the number of kids coming by for the meals.

She said the meals were the first to be served in the school’s cafeteria since it was closed for refurbishment after a Jan. 19 fire gutted the nearby gymnasium. The cafeteria, she said, only sustained smoke damage and since then, had been cleaned and repainted.

Monday was supposed to be the first day the usually 160 students would eat there.

“At least anyone who wants (a lunch) won’t go hungry,” Eaves said.

Eaves said about 15 kids showed up at the school for meals. She said Superintendent Lance Homan had taken several meals to the Enterprise city park because the school has a number of students who live in Enterprise.

The next day, Eaves planned to serve meals at JCS from 11 a.m. to noon and at the Enterprise park from noon to 1 p.m.

“You know, kind of spread the wealth,” she said.

Both schools had contacted parents via email and were getting the word out on social media to alert them when and where their children could obtain the meals.