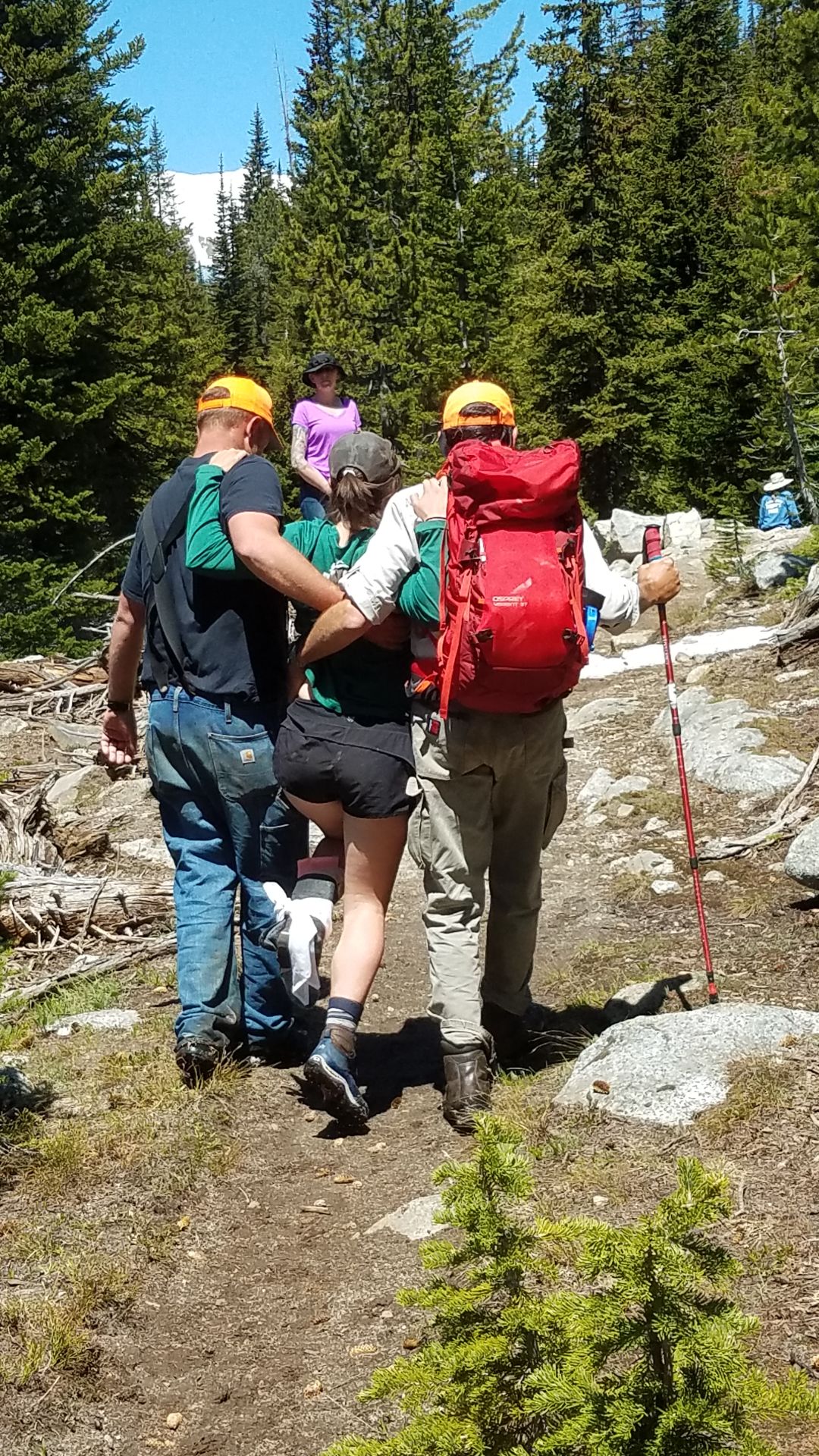 Search and rescue team members help Heather Pearson along the trail after splinting and wrapping her ankle. 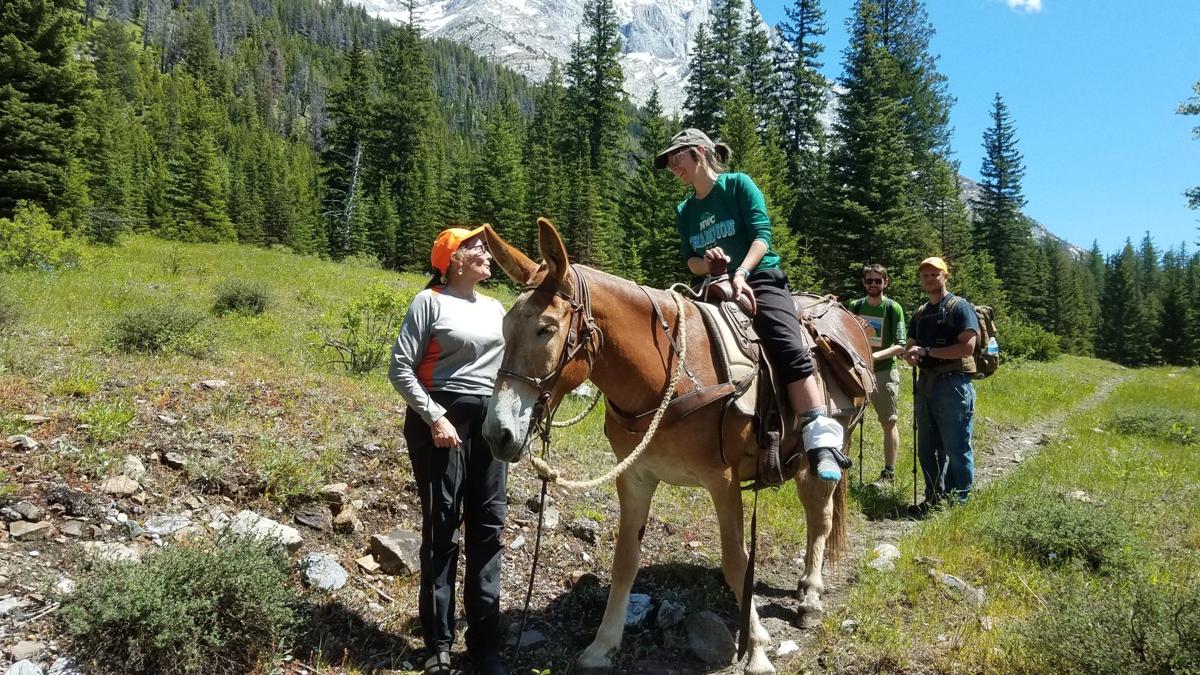 Heather Pearson rides “Bat,” Holly Akenson’s 20-year-old, experienced search-and-rescue mule while Akenson leads the the two back to the trailhead.

Search and rescue team members help Heather Pearson along the trail after splinting and wrapping her ankle.

Heather Pearson rides “Bat,” Holly Akenson’s 20-year-old, experienced search-and-rescue mule while Akenson leads the the two back to the trailhead.

ENTERPRISE — Heather Pearson knew she was in trouble when she lost her footing and slid off a wet log. Her ankle snapped — maybe it was just sprained, she thought. But she couldn’t walk on it.

She was 8 miles up the trail from the Hurricane Creek trailhead. Getting out seemed almost impossible.

Her partner, Caloum Johnson, made her comfortable and then set off down the trail to summon help. He reached the Hurricane Creek Grange at a little after 6 p.m. and called 911.

Although the sheriff alerted search and rescue equine coordinator Holly Akenson quickly, it was too late in the evening to get a mounted search and rescue underway. Johnson returned to stay overnight with Pearson. Because they had been backpacking, they had a tent, sleeping bags and food.

Johnson had mentioned that there were a number of large trees down across the trail. And so Akenson also invited several members of the Wallowa Mountains Hells Canyon Trails Association (WMHCTA) to accompany the SAR team and help clear the trail for horses and mules.

“There were several big avalanches that we had to cross,“ she said. “And there were places where the snow was pretty deep. We were worried about the safety of horses and mules because you don’t really know what’s under the snow that they are ‘postholing’ through.”

Getting the horses, mules and people safely up the trail required clearing a path through multiple fallen trees, some that Akenson estimated were up to 20 inches in diameter.

The SAR members carried not only their usual wilderness first-aid supplies, but also a COVID-19 kit that included masks, face shields, gloves and even a protective Tyvek suit.

They reached Pearson at 10:30 a.m. After the team had splinted and wrapped her ankle, Akenson helped her onto a 20-year-old, calm, experienced mule named “Bat.”

Progress back to the trailhead was slow, with Akenson leading the mule and the trail crew opening more of the trail. They reached the trailhead at 6:15 p.m. Johnson had planned to drive Pearson to the hospital for treatment. But, as luck would have it, his car had a flat tire. So a SAR team member took her to the hospital, while others helped change the tire and direct Johnson to Les Schwab.

Overall, it was a happy ending.

“We were glad to be able to help, and really happy that the weather was almost perfect,” Akenson said.

Pearson, 25, said that she and Johnson, both from Portland, would be back sometime soon to finish their original planned trip.