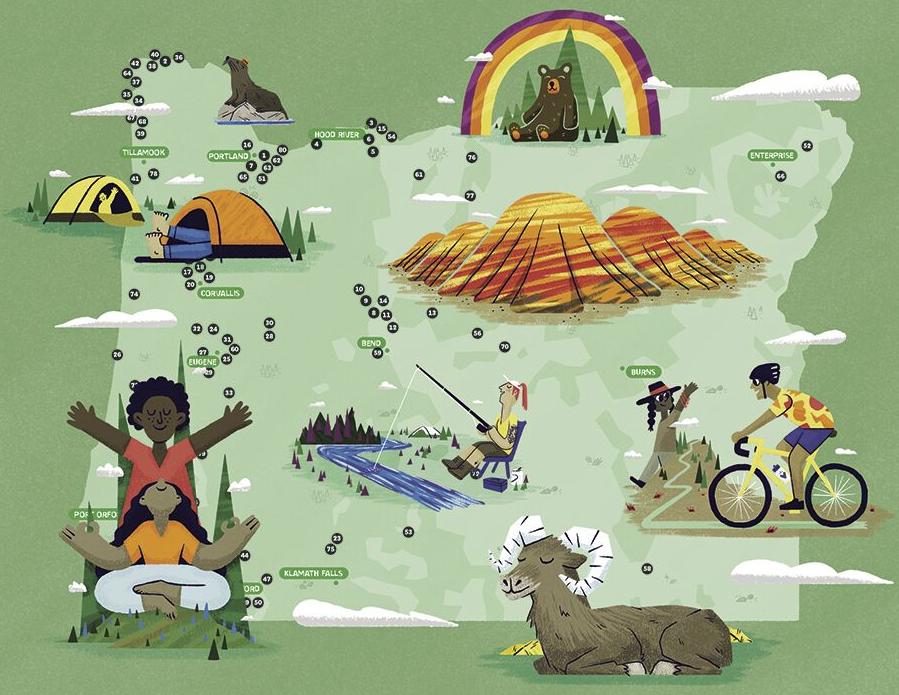 The Coalition of Oregon Land Trusts has created a map that highlights 81 locations in the state people can visit. 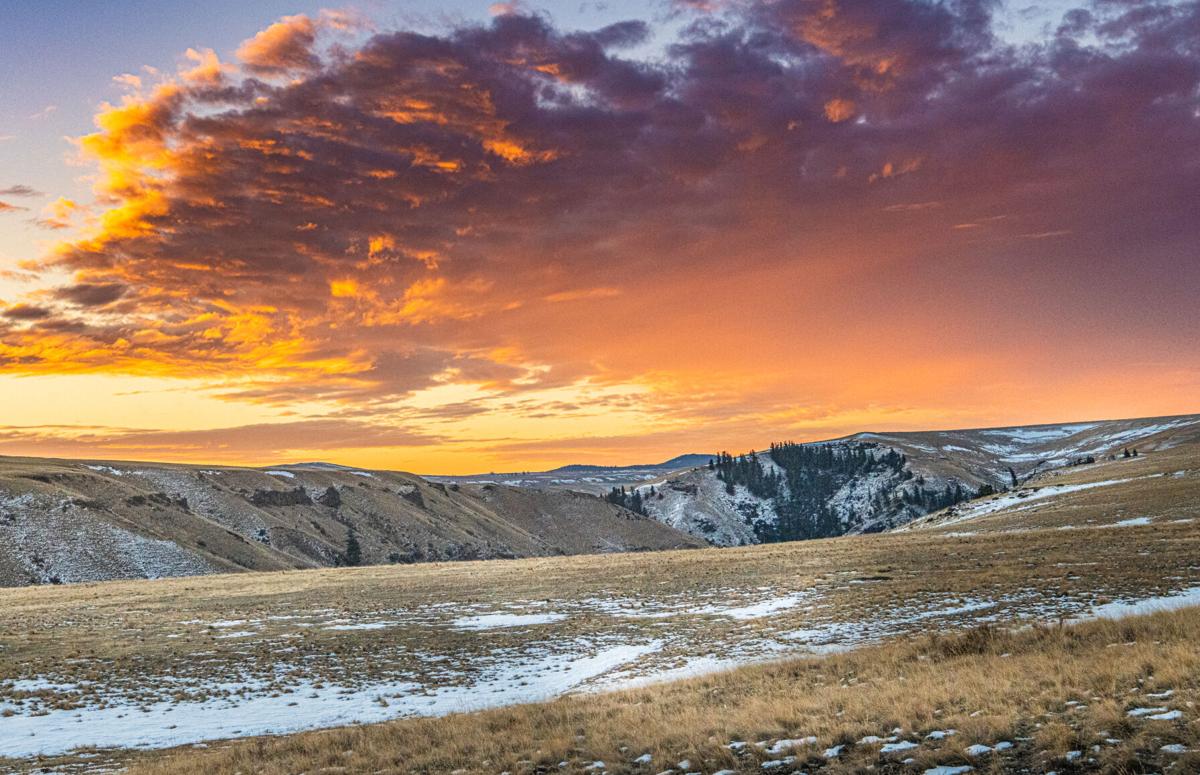 Sunrise over the Zumwalt Prairie reveals a varied landscape of grasslands and canyons. 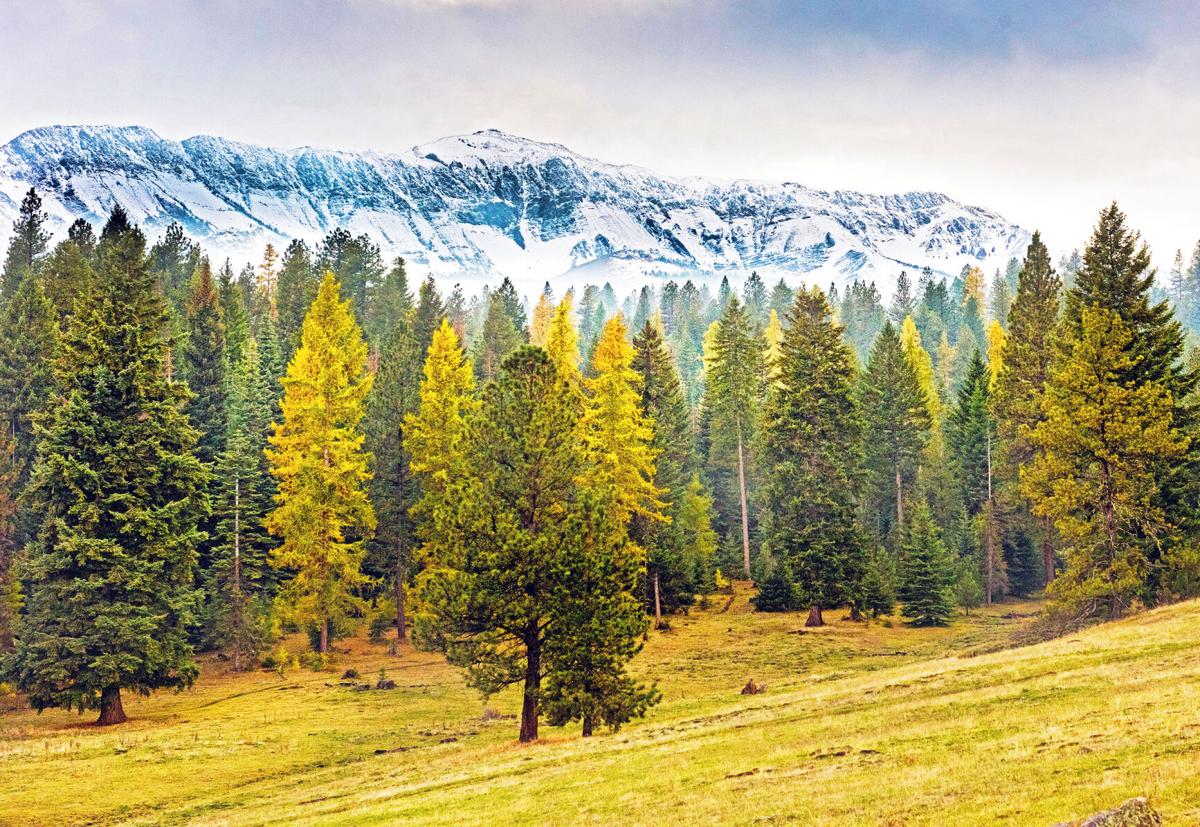 Tamaracks show their colors on the East Moraine in mid-October. A management plan for the public lands on the south end of Wallowa Lake’s East Moraine is one step closer to reality.

The Coalition of Oregon Land Trusts has created a map that highlights 81 locations in the state people can visit.

Sunrise over the Zumwalt Prairie reveals a varied landscape of grasslands and canyons.

Tamaracks show their colors on the East Moraine in mid-October. A management plan for the public lands on the south end of Wallowa Lake’s East Moraine is one step closer to reality.

WALLOWA COUNTY — A pair of preserved land parcels within Wallowa County are part of a new map highlighting protected lands throughout Oregon.

The new “The Oregon I Am” map, which was released by the Coalition of Oregon Land Trusts, “highlights 81 different locations throughout the state that anyone can visit, all of them made possible in part by Oregon’s system of nonprofit land trusts,” a press release from COLT states.

Among the land on the map are the Zumwalt Prairie Preserve and the East Moraine above Wallowa Lake in Wallowa County.

The preserve is 33,000 acres of land in the northeast portion of the county, while the moraine covers about 1,800 acres near the lake. A major part of the project is awareness — letting residents throughout the state know about these locations.

“Not a lot of people know about it,” Kelley Beamer, COLT executive director, told the Chieftain. “It’s been protected for the public. Having it on the map reminds people it’s this vast, majestic prairie that changes every season. We wanted to celebrate that property.

“The East Moraine is a symbol of community coming together to make sure that landscape is protected.”

In all, the 81 locations encompass more than 100,000 acres of land in the state. The coalition includes 30 nonprofits from throughout the state, including the Wallowa Land Trust.

“Many of their properties, or properties they’ve helped conserve, have been open to the public for years. But only now have they been compiled in one place and all of them visible on one map,” Beamer said in the release. “This is your go-to resource to discover a new family favorite picnic spot, or walk, or riverside hangout. And it’s an invitation for everyone living in Oregon to step outside and to safely connect to each other and the wonder of our lands.”

The land is a portion of more than 350,000 acres coalition members have protected.

“What was included in this map shows what we felt like a community was safe and accessible to bring community members,” Beamer said.

She noted that among the land not included is habitat that could be considered more sensitive, such as wetland areas.

“These kind of represent the crown jewels people can enjoy safely,” she said.

The idea behind the map was one that formulated about a year ago from a desire to show more places to more people.

“After this last year, we knew there was a thirst for seeing some of Oregon’s special places and sharing our community with more Oregonians,” she said. “This is a map, but it is also a story about this incredible community of organizations.”

They are locations, Beamer added, that are not necessarily featured through other state entities.

“They are often hidden gems. They are not necessarily found on the Travel Oregon website,” she said. “I personally have been astounded the last eight years going to these places that are so special. It was the perfect moment to launch something that we could get out there and connect them to local land trusts.”

As for whether The Oregon I Am adds to its map, Beamer wants that to be the case.

“My hope is that we continue to expand it and update it on a continual basis,” she said. “I know Wallowa Land Trust, The Nature Conservancy and other groups are always looking at new places. I’m assuming there will be more.”

And she hopes it helps the communities around these locations, including in Wallowa County.

“Anyone who lives in Wallowa County knows what a special place it is,” she said. “I think Oregonians know there are really incredible gems to be visited. By having this on this map it really brings to light — it’s a call to adventure, come, stay and invest in the community. Anytime a map is produced and excites people it’s an opportunity to support local businesses.”