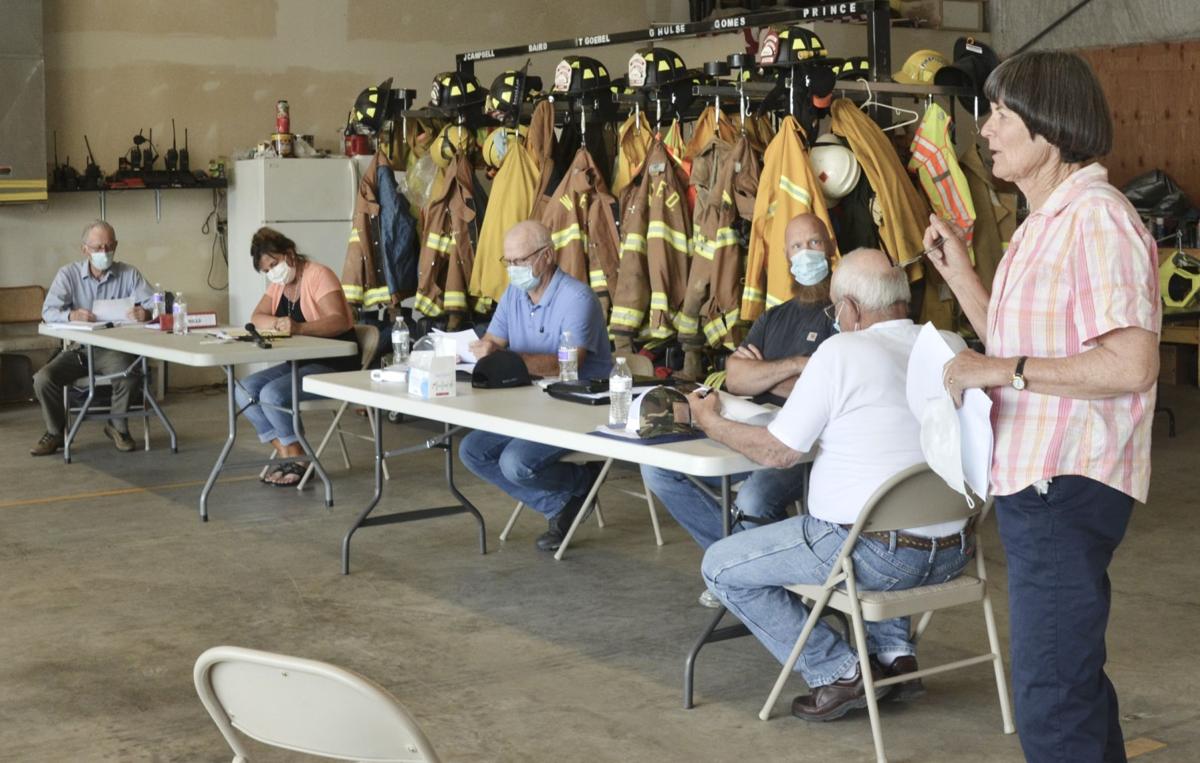 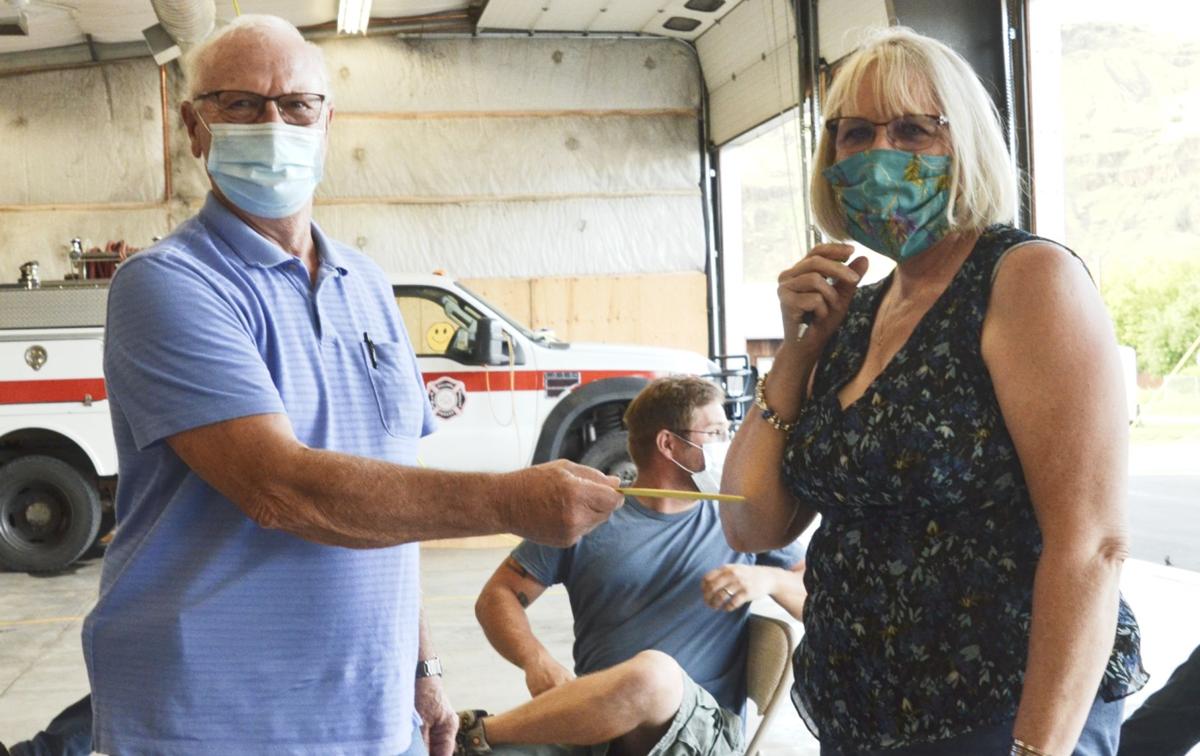 Wallowa Mayor Gary Hulse presents a card from the Wallowa City Council to retiring Library Director Debbie Lind, who retired June 30 after 13 years. The council is now looking for a new library director to replace Lind.

Wallowa Mayor Gary Hulse presents a card from the Wallowa City Council to retiring Library Director Debbie Lind, who retired June 30 after 13 years. The council is now looking for a new library director to replace Lind.

WALLOWA — The city of Wallowa is in the market for a new library director and took steps to hire one at the Wallowa City Council meeting Tuesday, June 23.

Library Director Debbie Lind planned to retire Tuesday, June 30, after holding the position for 13 years. Working with her for the past month has been Kristin Tompeck, who hoped to get Lind’s job. Tompeck has become well trained in all aspects of running the library, said Marcia Sheehy, chairwoman of the city library board.

“Wouldn’t you know, (Tompeck) got offered something at the same time we need her,” Sheehy said. “We’re really happy for Kristin,” but the city needs to replace her.

Tompeck said she’ll be moving and won’t be able to take over for Lind.

The city is advertising for a new director, but has yet to receive or agree on a replacement. Sheehy asked the council if, once a suitable candidate is found, the council must wait for a regular meeting to hire the new director.

City Recorder Carolyn Harshfield said the council can hold a special meeting to hire a director as long as the meeting is advertised 24 hours in advance.

Sheehy also said the library reopened Monday, June 22 and it is operating 16 hours a week keeping to Phase 1 of COVID-19 restrictions, despite the fact that Gov. Kate Brown has allowed Wallowa County to open to Phase 2.

Mayor Gary Hulse said that was because some particulars of how the library will operate need to be determined before opening to its full 20 hours a week.

“We’re concerned with our liability and we want to keep everybody safe,” Hulse said.

He said the council will rely on the library board to figure out how to keep library patrons safe in the limited area the facility has.

He also said a new director should be advised of the shortened hours — and resulting pay, as well as possible future cuts the library could experience if hoped-for state revenue falls short.

After discussing the library business, Hulse, the council and the library board expressed their gratitude to Lind — who was present at the meeting — with a letter and card of appreciation and a round of applause.

The letter, read by Library Board Secretary Kathy Willett, said, in part, “Keeping children engaged in reading has been important to Debbie, even when school is not in session.”

In other business, the council voted to vacate a portion of an alley in the Riverside Park Addition. The motion included a clause to grandfather in a garage that had stood on the city right-of-way on Park Street for 70 to 80 years.

Hulse said as long as the current owner owns the land, the garage may remain. However, in the event it is sold, a new owner should be informed that if the city needs to widen the street, the garage may have to be moved.

The mayor said the issue was discussed by the council about 20 years ago, but the legal status remained ambiguous. The council’s recent action cleared that up.