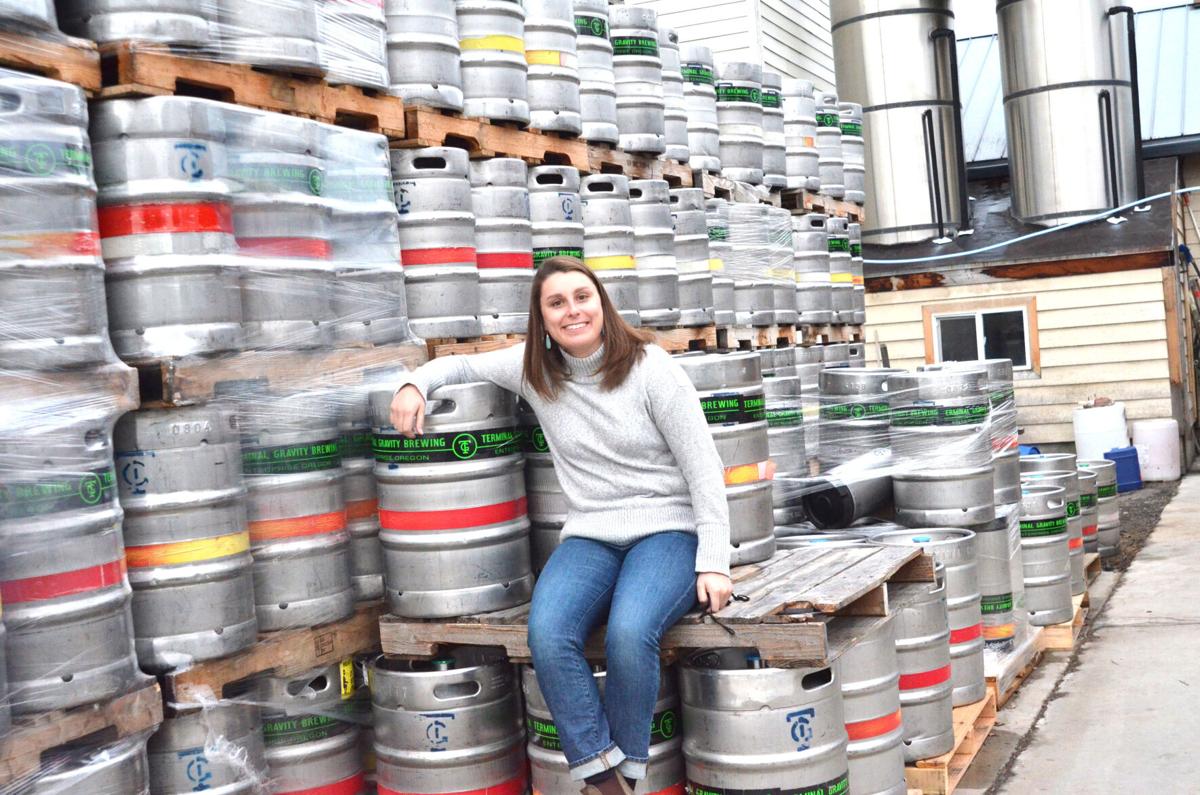 Natalie Millar, CFO and general manager at Terminal Gravity Brewery and Pub, sits among kegs waiting to be cleaned and refilled outside the Enterprise business. TG saw its keg sales plummet amid the COVID-19 pandemic, but more than made up for it with canned and bottled beer. 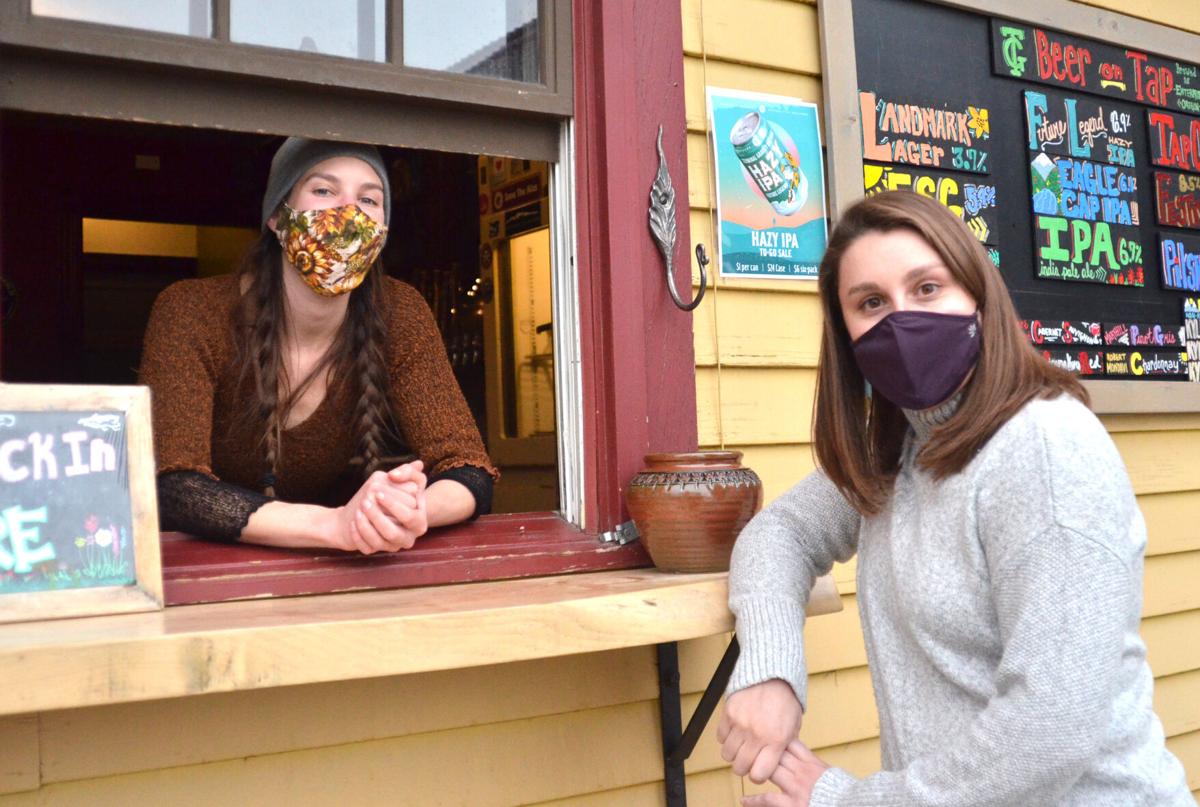 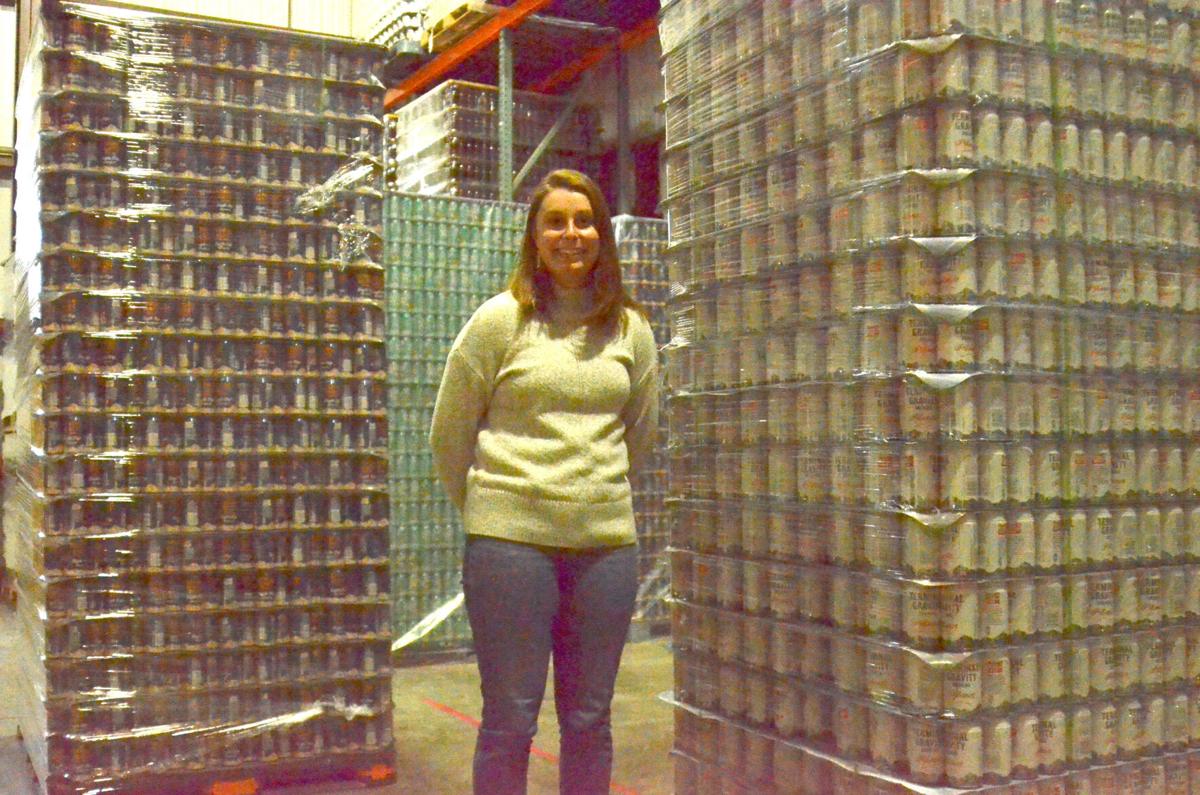 Natalie Millar, right, CFO and general manager at Terminal Gravity Brewery and Pub, stands among pallets of beer canned at the brewery. A shift from kegs to canned and bottled beer has helped TG remain profitable throughout the COVID-19 pandemic. 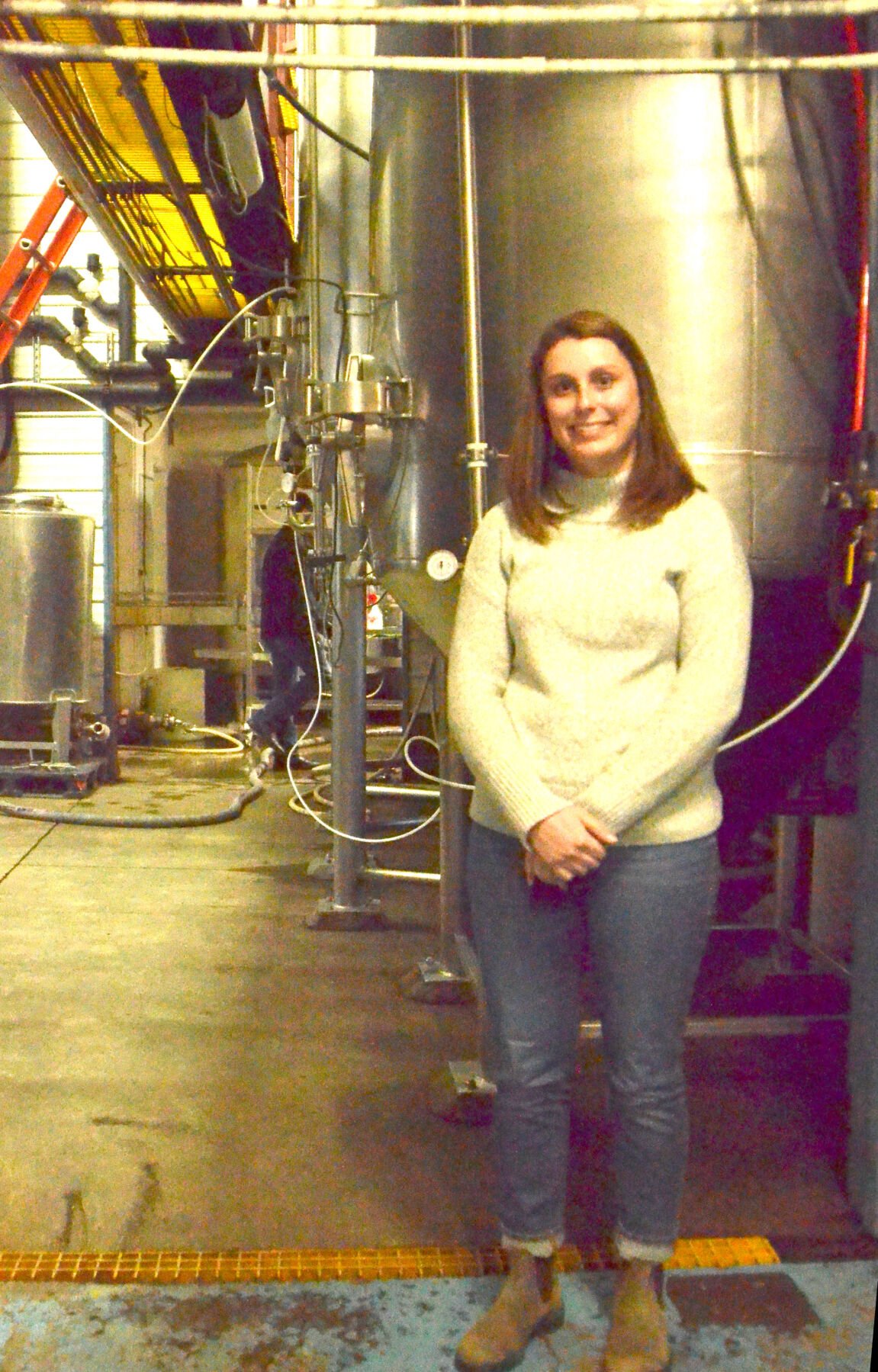 Natalie Millar, CFO and general manager at Terminal Gravity Brewery and Pub, sits among kegs waiting to be cleaned and refilled outside the Enterprise business. TG saw its keg sales plummet amid the COVID-19 pandemic, but more than made up for it with canned and bottled beer.

Natalie Millar, right, CFO and general manager at Terminal Gravity Brewery and Pub, stands among pallets of beer canned at the brewery. A shift from kegs to canned and bottled beer has helped TG remain profitable throughout the COVID-19 pandemic.

ENTERPRISE — She’s a young woman heading a multimillion-dollar business in Wallowa County and is both fulfilled and challenged by her day-to-day responsibilities.

“Being a young woman in a male-dominated industry has been an empowering, while also challenging experience,” Millar said last week. “The main challenges I’ve experienced are at times being underestimated or misunderstood, but I’ve come to learn that as long as I can demonstrate value, a willingness to learn and confidence in myself, me being a young woman stops being a factor pretty quickly. I feel very lucky to be in this position and hope to be an example of why more women should be part of the brewing and business world.”

Born and raised in the county, she graduated from Wallowa High School in 2010. She then went on to the University of Oregon to study accounting in the honors business program. This led to an internship with KPMG in Seattle, one of the “big four” accounting firms. In 2015, she pursued a masters degree in professional accounting, earned her CPA license and started full-time work at KPMG.

“After a couple of years in the corporate world, I was yearning for something different with less structure and a more-balanced way of life,” Millar said. “This led me to come home for what I thought would be two months to help my dad with the books at Terminal Gravity Brewing and figure out what I wanted to do next.”

She was uncertain about her next move, but never did go back to corporate America.

“I came back not being sure I wanted to do this and take on the ‘big role,’ but the more I was here, the more I was taking on and becoming more excited about it … and being more in charge as my dad was getting closer to retirement.”

In fact, working in a big company like the one in Seattle just didn’t feel right for Millar.

“I was feeling like everything was too structured and there wasn’t a lot of flexibility. It didn’t make a lot of sense to me why it had to be that way,” she said. “I wanted to take a step back and reevaluate what I wanted to do. I wasn’t intending to stay here, but I was able to find that balance here and that was important to me.”

She found what was important at TG and in Wallowa County.

“Here I am, over three years later, with my dad into his second year of retirement and me running the show as the company’s CFO and general manager,” she said. “I started out as a dishwasher at TG over 12 years ago, so it’s been really fun to see myself and Terminal Gravity grow over the years.”

TG has become a popular stop both for Wallowa County residents and visitors. Its brewhouse and pub has become prominent in the craft brewing industry, being one of the first to hit the scene in the Portland area with its India Pale Ales.

“We sold kegs of IPA via our distributor and the market demanded more,” Millar said. “Over the last 23 years, we have seen more and more and more craft breweries get their start and more and more IPAs enter the scene, as well. We went from very few competitors to hundreds, but we were one of the first.”

The COVID-19 pandemic has forced some changes on TG, as with other businesses.

Millar said the pandemic and resulting limit in on-tap beer sales dropped TG’s keg sales to nearly nothing. But the brewery more than compensated with canned and bottled beer sales, she said.

“It went up big time. We bottled as much beer as we could,” she said. “Last year was a big year. We felt really fortunate for that.”

The pub in Enterprise had to adjust, as well. No longer could TG seat customers in its limited indoor areas.

“We were lucky to have the lawn,” Millar said, referring to TG’s outside seating at picnic tables.

But then the cold weather hit and TG had to improvise again, this time by erecting camp tents to cover the tables and propane heaters.

“The tents are working out really well,” she said. “We are pretty much full most weekends. This January seems a lot better than last January.”

In addition to beer sales, TG contributes to the local economy in other ways. Millar said she employs 30-35 people during the slow months and 60-65 during the tourist season. There also are two sales representatives who regularly work the Portland area.

There’s also brewmaster Frank Helderman, who has been at TG more than 10 years, Millar said.

“I have a really great brew team over there,” she said. “I feel really lucky to have them.”

TG also takes advantage of local resources for its beer. Malt barley grown by Cornerstone Farms in Wallowa County is malted at Gold Rush Malt in Baker City and returned to the brewery as a chief ingredient in the beer. TG also gets barley from the Yakima Valley and Vancouver, Washington.

TG’s marketing manager, Grady Nelson, is a big fan of working for Millar.

“It’s great. I love having Natalie as a boss,” he said. “It’s cool that a lot of us are younger, under 30s running the company. It’s really cool to be a part of. With all the young people, it’s been a lot of fun.”

He said Millar seems to care much about her employees.

“As a TG employee, you can tell she cares about our well-being and providing a great place to work,” Nelson said.

For Millar, working at TG is where she and others fit in best.

“TG has a space for everyone, myself included. I think I’ve been able to update some processes and spaces and bring a different mindset to how we get things done, while maintaining our roots,” she said. “Growing up in Wallowa County and knowing how important TG is to the community has helped me keep our priorities straight. My favorite thing about working here is being able to employ so many people and foster their growth. I’ve got an amazing team, without them TG wouldn’t be able to do what we do so well.”

Editor's note: This story has been updated to correct the numbers of kegs produced in 2020.