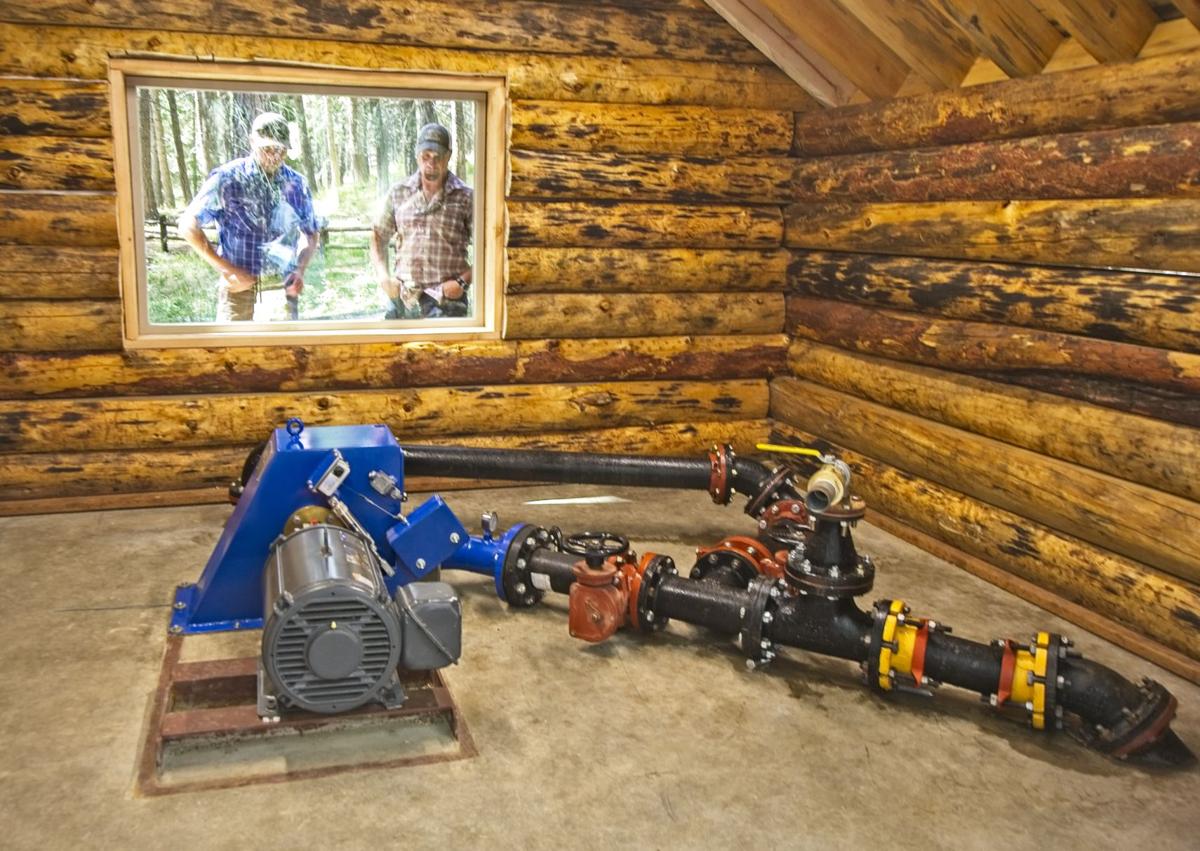 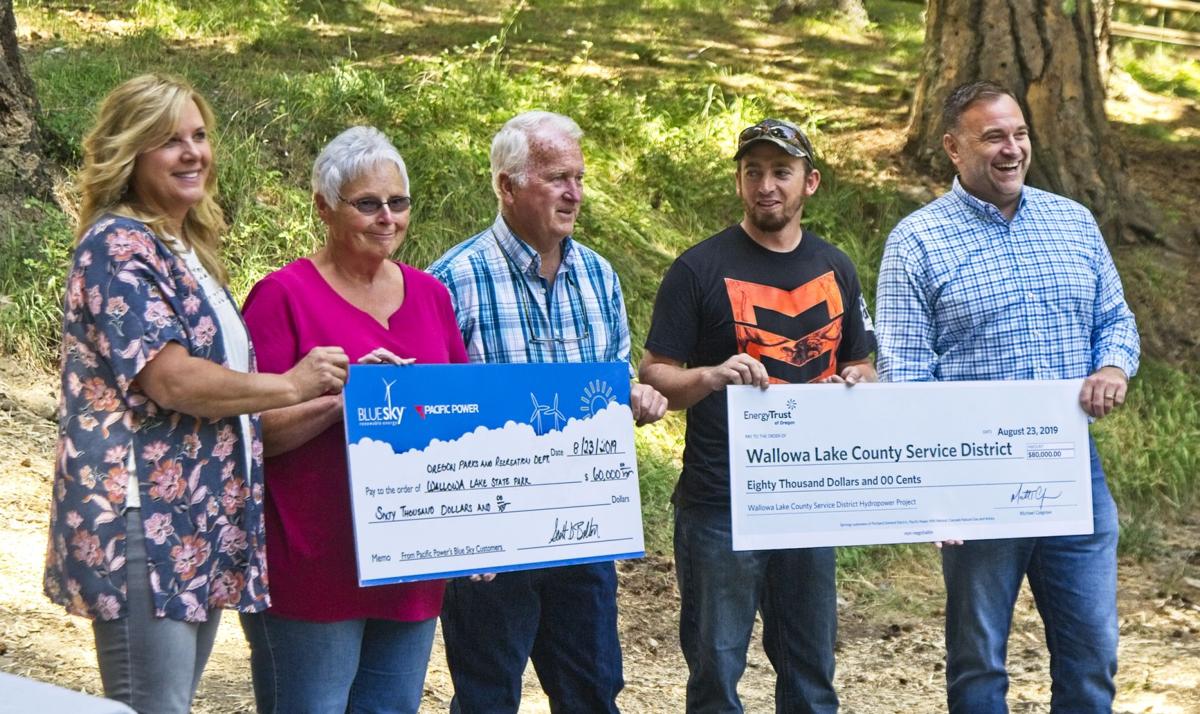 Representatives of organizations that worked together to make the microhydro and its green energy happen, including Pacific Power, the Wallowa County Commission, and Energy Trust, hold big checks for the large amounts that grants proved to the project. 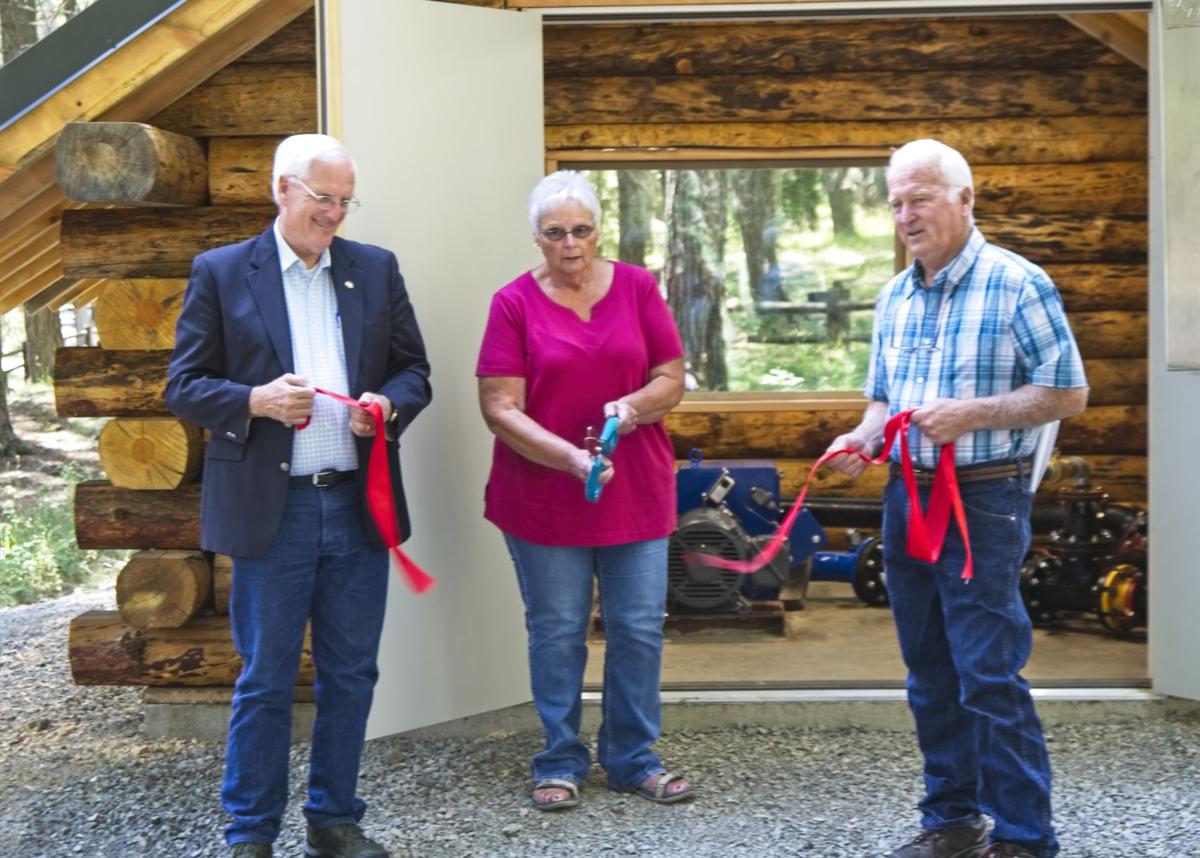 Representatives of organizations that worked together to make the microhydro and its green energy happen, including Pacific Power, the Wallowa County Commission, and Energy Trust, hold big checks for the large amounts that grants proved to the project.

The water source for both Wallowa Lake State Park and the Wallowa Lake community is a spring located about 650 feet above the lake on the south flank of Chief Joseph Mountain. It provides about 0.5 cfs of water to the community year-around, and is cared for and distributed by the Wallowa Lake County Service District.

While much of the water system is gravity fed, the district also operates a water pump station and is responsible for sewage, including the sewer lift station and pump at the head of Wallowa Lake. The cost of electricity to operate both water and sewage system pumps can exceed $20,000 per year.

The new hydro turbine will generate approximately 134 megawatt hours of clean energy each year, with an estimated value of $15,000. This is enough to offset about 85 percent of the power demand for the service district’s water pump station that provides reliable drinking water for the residences and businesses located at the head of Wallowa Lake, as well as supporting the cost of sewer service.

Construction of the micro-hydro facility included installation of 1200 feet of a new 4” diameter, flexible, joint-free HDPE piping from the spring to the generating plant, a Canyon Pelton wheel and induction generator, and a variety of controls, including metering of the amount of power generated and supplied to the Pacific Power Blue Sky grid.

The facility is also an educational asset within the state park. Paths leading to the powerhouse from the campground feature information on renewable no-impact hydropower and windows allowing visitors to see the turbine and generator in operation.

Sen. Hansell said he was proud that his district was leading the state in the development of what he called AGR power, which is Affordable, Green and Renewable. He noted the district shares three out of four of the hydro-electric dams on the Columbia River, produced more wind power than any other place in Oregon and produces large amounts of solar production.

“I think this plant will show how such a valuable resource can generate power for hundreds of people,” he said. “This project shows that Oregon can have an AGR future for producing energy to power our homes and to power our economy.”

“Once again, Wallowa Resources has formed a partnership for the betterment of the community,” he said. “Anytime natural resources can be used or utilized, it benefits the whole community. I think this is a celebration of Wallowa Resources and what they’ve done for the community. We need to recognize them for their accomplishments and continue with our financial support.”