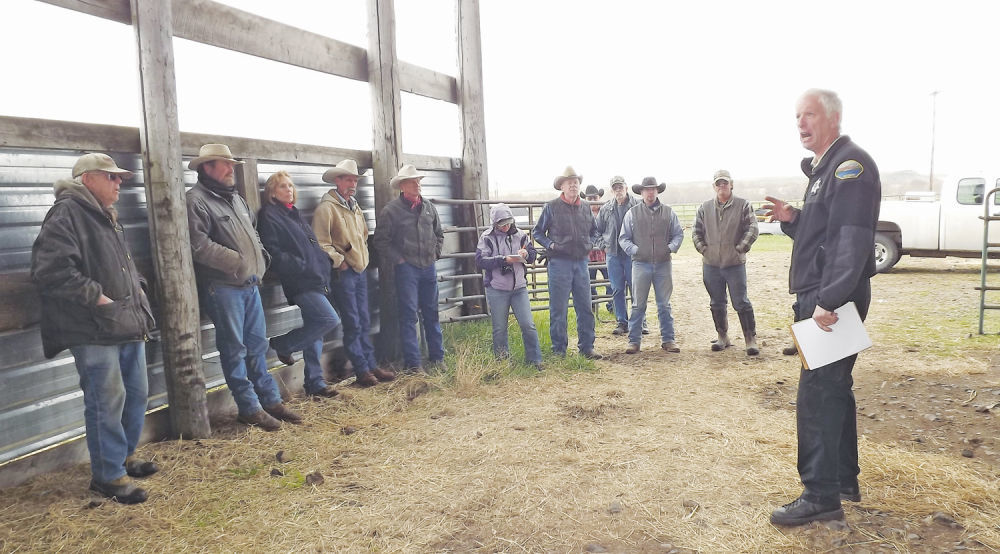 <p>Attendees of an April 19 auction of 40 Wallowa County-tended cattle listen as Sheriff Steve Rogers issues instructions before the sale.</p> 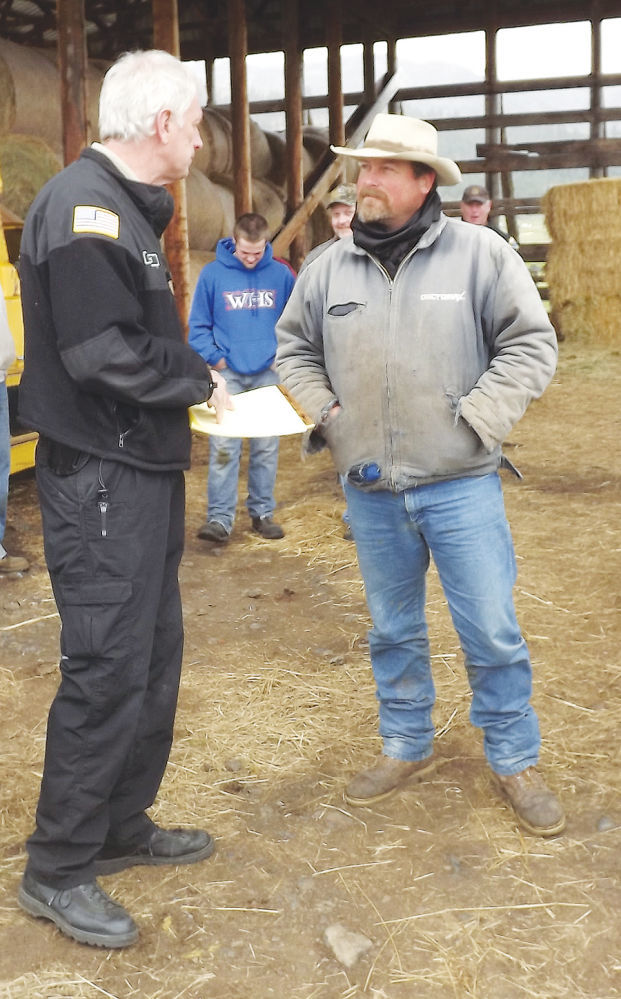 <p>Attendees of an April 19 auction of 40 Wallowa County-tended cattle listen as Sheriff Steve Rogers issues instructions before the sale.</p>

The purchased cattle were sold in one lot and formerly belonged to Ed Scott. They became county property March 8 when Wallowa County Sheriff Steve Rogers seized the animals and charged Scott with numerous counts of animal neglect.

Although only four cattlemen bid on the lot of cattle, Sheriff Rogers said many were present on a cold day to watch the auction.

Rogers said he was pleased that the countys financial investment in holding and feeding the malnourished animals was more than retrieved from the final sale amount of the cattle.

Wallowa County Counsel Paige Sully says a clearly defined state statute dictates how money in excess of the countys cost on the case will be invested.

Three percent of that money above county costs goes to the state asset forfeiture fund; seven percent toward the illegal drug cleanup fund; 10 percent split between the state substance abuse fund and law enforcement; and the remaining 80 percent will remain in the Wallowa County general fund.

Nash expressed the opinion that the forfeiture sale was unfortunate, but felt the cows and calves by the auction date had benefited from about 30 days of good feed and were reasonably priced. The biggest drawback he expressed regarding the lot of cattle he purchased dealt with the poor manageability of cattle not accustomed to corrals.