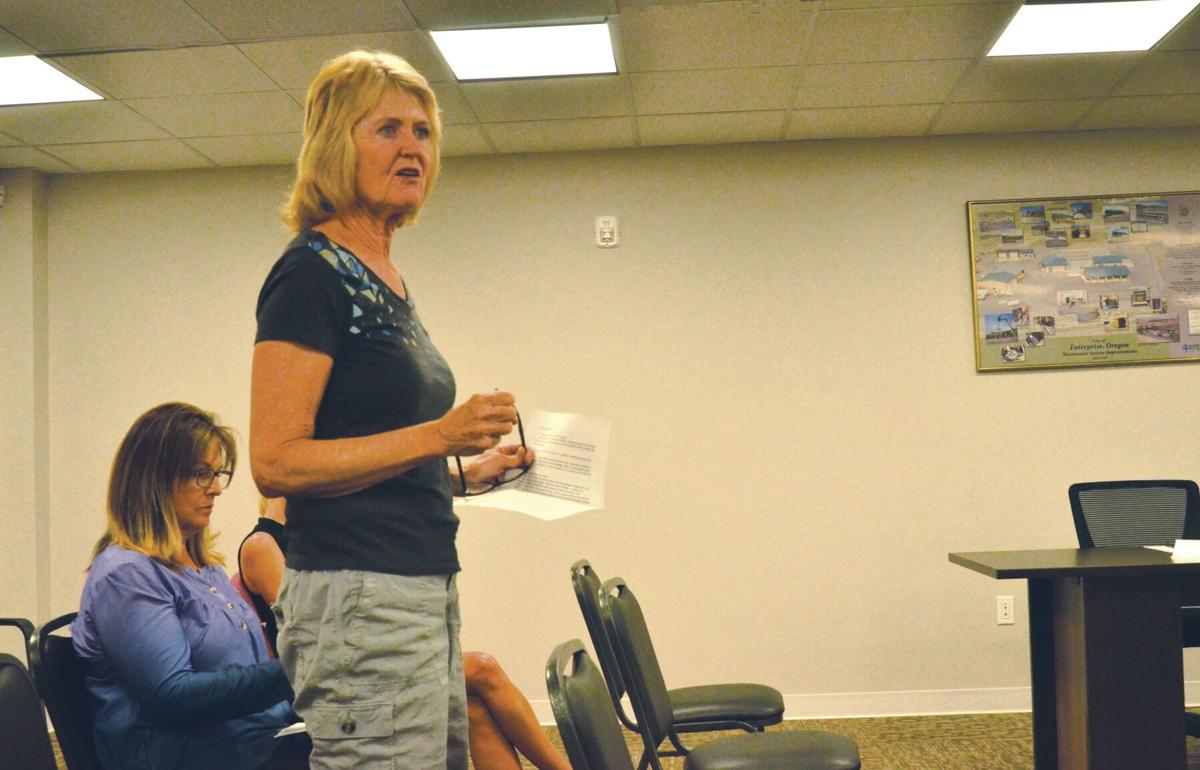 Kathy Siebe, who owns several vacation rentals, listed and refuted numerous misconceptions about such rentals Wednesday, July 14, 2021, during a meeting of the Enterprise Planning Commission. 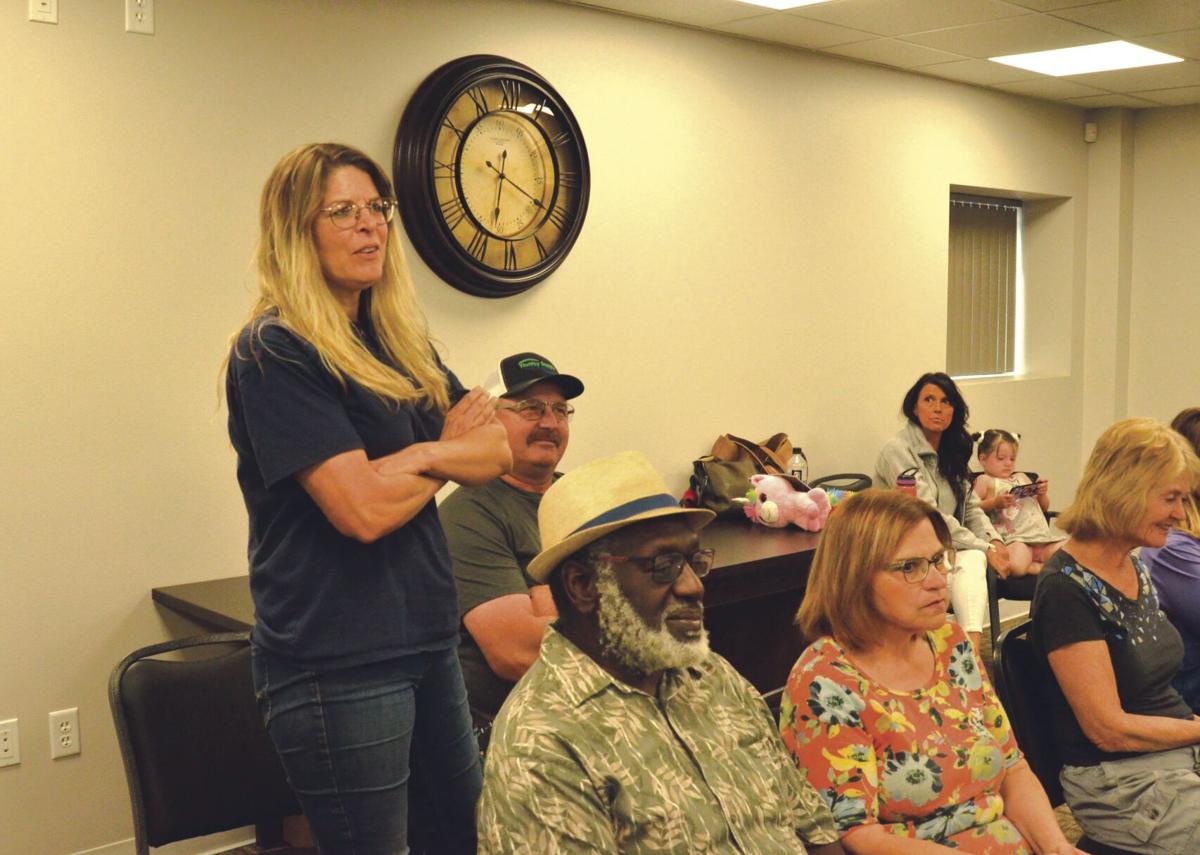 Amy Meredith, standing, was one of about a dozen Enterprise residents who spoke in favor of having vacation rentals in the city during a Planning Commission meeting Wednesday, July 14, 2021.

Kathy Siebe, who owns several vacation rentals, listed and refuted numerous misconceptions about such rentals Wednesday, July 14, 2021, during a meeting of the Enterprise Planning Commission.

Amy Meredith, standing, was one of about a dozen Enterprise residents who spoke in favor of having vacation rentals in the city during a Planning Commission meeting Wednesday, July 14, 2021.

ENTERPRISE — Virtually no negative comments were received by the Enterprise Planning Commission when it met Wednesday, July 14, to consider the future of vacation rentals within city limits.

On May 10, the City Council placed a 90-day moratorium on any new such rentals in the city and a resolution affirming the three-month ban with the option to extend it for another 90 days was approved unanimously.

About a dozen city residents — most of whom owned vacation rentals — showed up to address the commission, which is comprised of both city councilors and private citizens who are city residents.

• They drive up property costs: Siebe said that’s a national trend. “People have money now and they’re coming in and spending it now.”

• They make a lot of money: “By the time you buy a home, furnish it and rent it out, it’s not that much more than a long-term rental. I do it because I really enjoy dealing with people and it’s fun. It’s not a huge moneymaker. You do make more than with a long-term rental.

• They decrease neighboring property values: “If a vacation rental is in your neighborhood, it probably increases the value of your home because they’re fixed up, the landscaping is perfect. It has to be nice because you’re trying to impress people. We run by our reviews. The owner and guest both get to do reviews and poor reviews by guests will hurt business.”

• People are coming and going and they’re a threat to the neighborhood: “I’ve been doing it for six years now, and every single person who’s been in our vacation rentals has been fabulous.”

City Councilor Rick Freeman asked the group how many times the police had been called at any of their vacation rentals. As a group, they answered that no such calls have been made.

• The presence of vacation rentals leads to fewer houses for available for community rentals: “That’s true,” Siebe said. “It just costs a lot of money to be in this county.”

• Infringement on property rights: “Property owners have a right to do what they want to do with their own property. It’s not like a chain saw place is going in next to your home.”

Councilor David Elliott agreed, saying when he owned a commercial shop, it was in a commercial zone since it could have been a disturbance to residential neighbors. But, he emphasized, the rights of all people had to be considered.

Others emphasized advantages to having vacation rentals — often known as Airbnbs. Airbnb Inc. is a San Francisco-based company that operates an online marketplace for lodging, primarily homestays for vacation rentals and tourism activities. Several of the rental owners at Wednesday’s meeting said they market through Airbnb.

In addition to homes for workers and property owners’ rights, several people mentioned the importance of vacation rentals to tourism, which Wallowa County has come to depend upon so heavily. Rental owners also can be of help to their guests by pointing out places to recreate or visit in the county.

One issue that came up was the county’s housing shortage.

“I think there’s a bit of a myth that by getting rid of vacation rentals will somehow solve the housing problem,” one woman said.

That led to a discussion of the overall shortage — particularly among apartments and duplexes — that exists in the county. But that discussion was quashed and steered back to the advertised purpose of the meeting.

No decision was made by the Planning Commission on a recommendation to the City Council.

City Administrator Lacey McQuead said after the meeting that the commission will meet again before making any recommendations to the City Council. The council’s next meeting is Monday, Aug. 9.