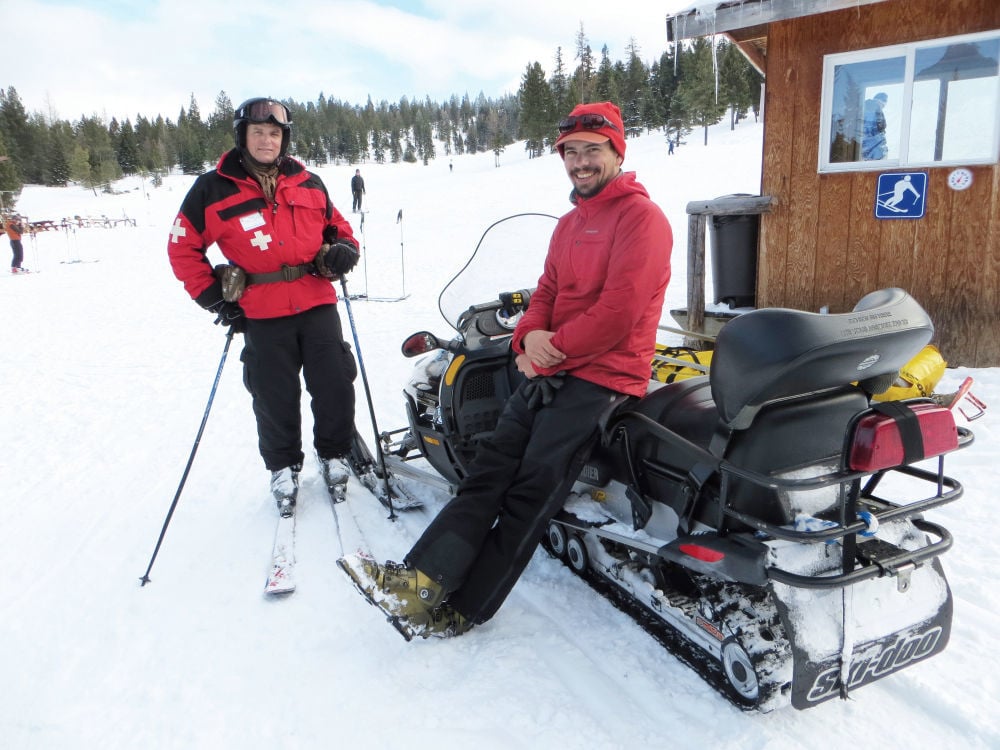 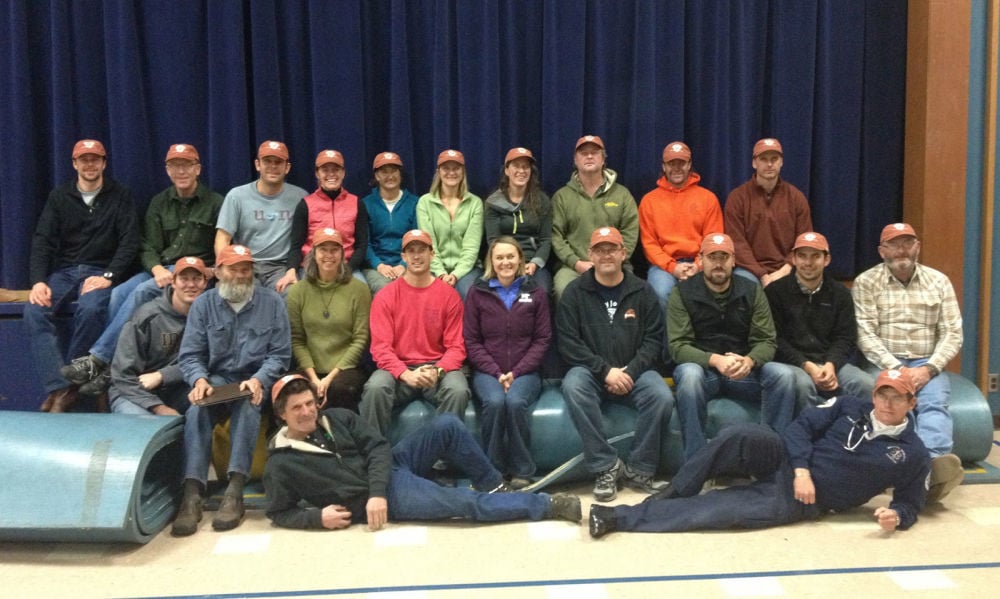 Ferguson Ridge Ski Area, which typically attracts dozens of families and over 100 skiers and snowboarders every weekend during the winter months, has been lucky this season to be invigorated with an abundance of new blood and expertise on Fergis Eagle Cap Ski Patrol.

A class of a dozen new ski patrol members was trained and passed tests for outdoor emergency care certification last spring and has bulked up on-duty patrol teams from two to three members every weekend. This season there are 24 active certified patrollers, probably the largest patrol membership ever,

Its great, said Dave Yost, who has one of the longest tenures in the group and is the medical training director/class instructor. Yost said he joined the patrol in the late 1990s and this is the most members weve had since Ive been on. He added it is also the first time the patrol has been able to routinely field three-member teams.

Yost pointed to a recent Sunday afternoon when there were two accidents  a broken leg and a concussion  that happened almost at the same time.

Not only did we have three patrollers on duty, several more were up here just skiing, he said, adding that he is really happy with the way everyone performed. Two children were pulled down the slope on the patrols skier-pulled toboggans and prepared for their ride in the same ambulance to Wallowa Memorial Hospital.

Among the new members this year are Todd Evans, who happens to work as a paramedic at the hospital. Evans helped Yost teach the 90-hour outdoor emergency care class needed for National Ski Patrol certification last year, and then was required to pass the test himself to become a certified member of the Eagle Cap Ski Patrol.

Yost likens the intensive program to a basic EMT class with an outdoor orientation; then, of course, members have to be able to ski or snowboard well enough to satisfy patrol standards.

Eight years ago in 2005 there were 14 certified patrollers, which was reported by the Chieftain as double the previous years number, plus eight members in a patrol auxiliary. The veterans still on the patrol from that time are Huff, Yost, Jim Nave, Locke, Rahn and Tingelstad, with the Arentsens listed as auxiliary members.

The patrol has been in existence to provide first-response medical care to skiers, snowboarders and sledders since about two years after the Eagle Cap Ski Club moved in 1984 from its old slope on Ski Run Road to expand its operation on Ferguson Ridge off Tucker Down Road east of Joseph.

Members are on-duty five to seven days a season.

Many of the ski patrollers have children who have learned or are in the process of learning to ski at Fergi. Though the patrol is a strictly volunteer organization, one benefit is free skiing for members and their families.

Evans, for example, has two sons and a daughter, who have all learned their skiing skills at Fergi, and he is often on the slope with them even during non-duty weekends.

Another new patroller is Cameron Albee, who also has three children who learned to ski at Fergi. Theyve never been in a chairlift, just Fergis T-bar, he said. This is a family hill. That what makes it special. Albee praised ski club veteran Charlie Kissinger as Fergis elder, and said he decided to become part of the patrol because there was a need for more of us.

The oldest member of the patrol in years is Chris Bullat, 70, who joined after he moved to Joseph five years ago when there were about eight of us. He brought about 15 years of experience working on the volunteer patrol at Mt. Bachelor. Fergi is much more of a ski area for young families, he said, adding that hes glad to see all the new members. Its going very well. There are lots of competent new people bringing with them experience from other patrols.

All patrol members acknowledge the positive dynamics of Fergi, where all the adults, not just those wearing the red ski patrol jacket, watch out for everyone elses kids.

One member who recently rejoined the active roster is Dr. Kaare Tingelstad, the groups medical advisor, who moved away from Wallowa County a few years ago to Wisconsin, but maintained his ties with the Eagle Cap group. He plans to be here later in March to conduct a refresher class.

Its fantastic. Its as good as we can hope for, patrol director Paul Arentson said of this years patrol. We were getting down to only 11 members so we really need this new class. We gained some experienced, fresh, new, excited patrollers.