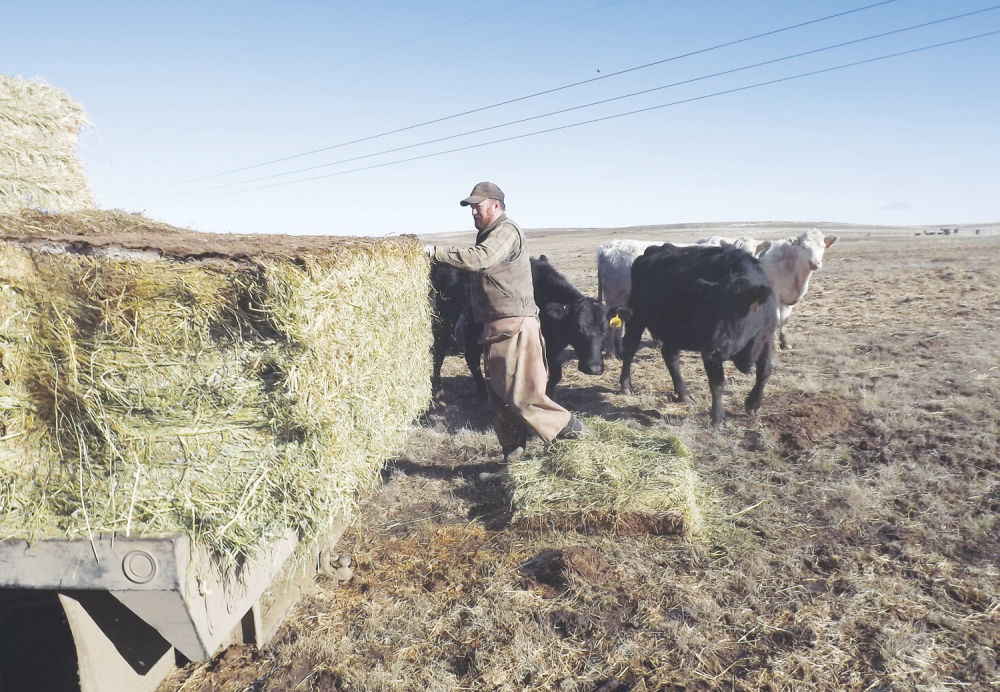 <p>Joseph area rancher Karl Patton – whose property lies on what some observers believe has become a wolf-travel corridor – already has lost three pregnant cows and two calves to wolf depredation. This photo was taken Saturday, March 9, while he was feeding his cattle.</p> 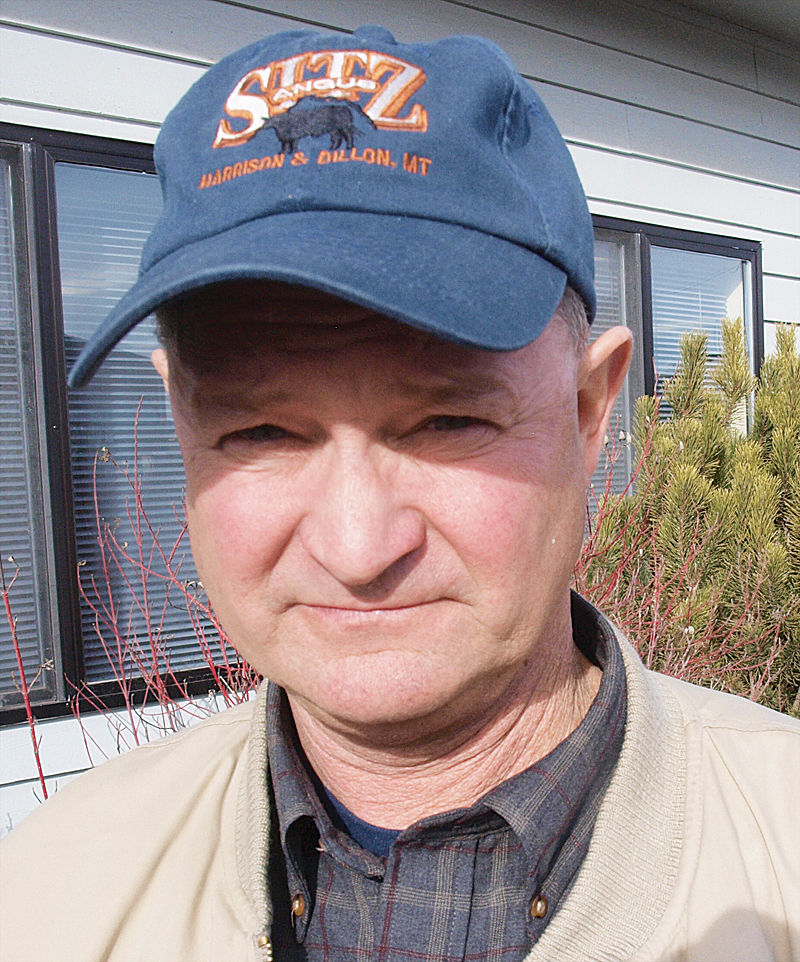 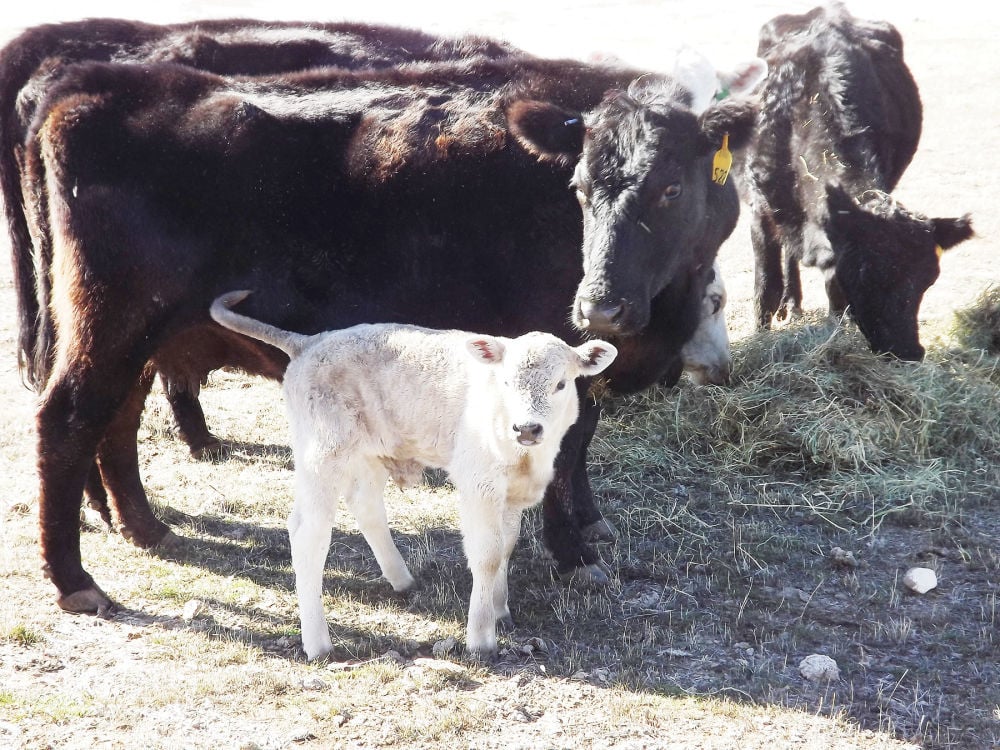 <p>Joseph area rancher Karl Patton – whose property lies on what some observers believe has become a wolf-travel corridor – already has lost three pregnant cows and two calves to wolf depredation. This photo was taken Saturday, March 9, while he was feeding his cattle.</p>

To a point, it seems the existence or nonexistence of wolf highway east of Joseph depends on where you live.

Oregon Department of Fish & Wildlife wolf coordinator Russ Morgan, considered by many to be an expert on wolves in Wallowa County, says the term wolf highway does not apply here.

Morgan likens wolves to other wild animals in that sense, saying they have general corridors over which they travel, but nothing here that could be documented on a map.

Wallowa County Commissioner Susan Roberts, possibly viewing the term wolf highway from a broader perspective, says telemetry tracking devices, or wolf collars, document that the Imnaha pack travels back and forth in a relatively consistent pattern.

Ranchers Karl Patton and Scott Shear roughly describe wolf highway as being a corridor where the Imnaha pack, now eight wolves strong, travels to and fro between Kinney Lake and the Zumwalt Prairie.

Morgan says since May 2010 there have been 28 documented wolf kills of cattle in Wallowa County, and all 28 have been attributed to the Imnaha pack.

Roberts, by no means a wolf advocate, suggests that other cattle losses, especially in the northern reaches of the county near Wenaha, might be wolf-caused as well, but cannot be confirmed. Theres not enough evidence left, she says. Wolves eat everything. They eat from four to six pounds of meat a day per wolf.

Patton has suffered five confirmed wolf depredation cattle kills since 2010, the most recent in January, he says. In general terms, he concurs with the wolf highway label although wolves now are crossing his property a little farther to the east than previously.

Shear, president of the Wallowa County Stockgrowers, who lives near Kinney Lake, says hes seen wolves a couple times in recent years. He adds that his wife has seen wolves as close as 100 yards from their home.

On one occasion in the spring of 2011, Shear says he was home speaking to Morgan on his cell phone when his landline phone rang. He answered that phone call from a neighbor, looked through his window to confirm what the neighbor had told him, and asked Morgan what he should do because he was looking through his window at a wolf.

Morgan told him to chase the wolf away, which Shear did while driving his pickup truck.

Until October 2011, ODFW had been authorized to selectively exterminate wolves determined to be killers of domestic animals. That month, however, Oregon Wild and two other conservation groups filed suit to prevent planned extermination of two Imnaha pack wolves. The suit remains in litigation.

Although Patton is willing to accept the legal restrictions placed upon him and other cattlemen in regard to defending their livestock against wolf attacks, he doesnt like them.

Under current law, a cattleman can only shoot a wolf if he sees the wolf attacking his cattle. If he comes upon wolves feasting on a dead cow, he can take no action legally.

This is one area where Commissioner Roberts expresses serious concerns, hoping that proposed bills in the Oregon legislature will better protect the interests of cattlemen.

ODFW is trying to help local cattlemen by daily texting them wolf locations determined by signals given off by collared wolves. Those texts arrive at 8:30 p.m. and report wolf locations at four-hour intervals, says Shear. He says the information helps to a point, but because a pack of wolves can move 20 miles in 12 hours time, the data consistently is outdated.

I can get a text that will tell me wolves were in my backyard a day ago, Shear says.

Wolves, of course, are a far larger problem in Wallowa County than in any other location in the state because, at this time, this is where most of the wolves are.

An oddity about wolves is that often they will pass through herds of cattle and travel significant distances to attack a different cow or cows.

Shear says this was a known fact even before wolves came to Wallowa County. Wherever theyve had success, theyll go back, he says.

Patton says Imnaha pack sizes have varied from three to 16 members in the last four years.

One explanation Morgan offers for the Imnaha pack preying on cattle is that cattle are far easier for wolves to kill than are wild animals.

This is one point that alarms Shear. He feels adults in the Imnaha pack are teaching pups to kill cattle, and this behavior will continue wherever these individual wolves go in the future.