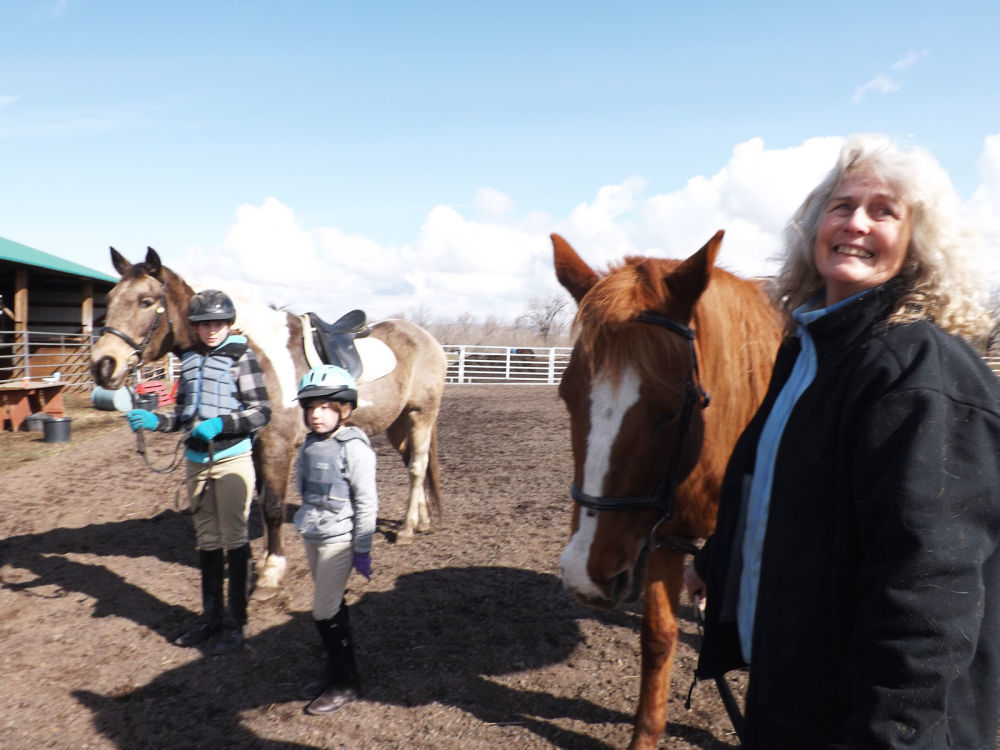 <p>Gail Murphey, right, combines kids and horses at a clinic at her River Quest horse camp near Lostine last weekend; students Tishrei and Rosie Movich-Fields prepare to leave the arena after a class .</p> 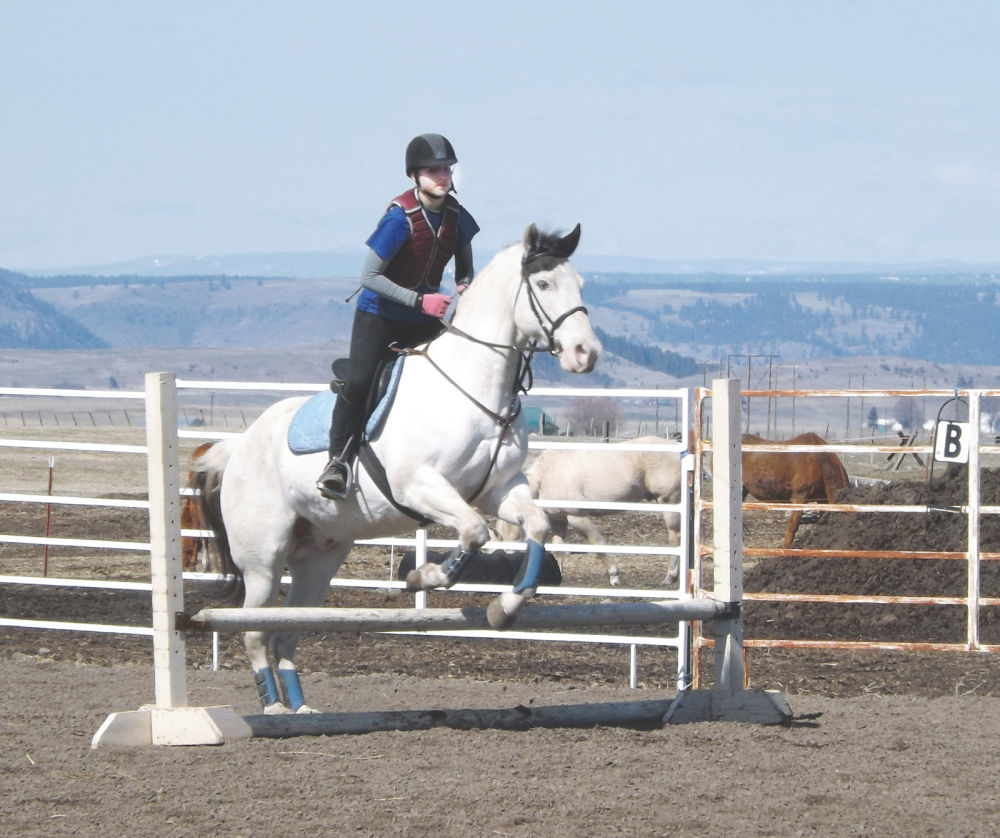 <p>Gail Murphey, right, combines kids and horses at a clinic at her River Quest horse camp near Lostine last weekend; students Tishrei and Rosie Movich-Fields prepare to leave the arena after a class .</p>

Many girls who love horses have found a second home through the years at Gail Murpheys River Quest horse camp outside Lostine.

River Quest, then consisting of 65 acres, an old barn and a double-wide mobile home, was purchased by Murphey in 1995 and has been a horse haven ever since.

I think my horses are among the only ones in the county that pay for their own board, Murphey said, as several of her horses carried girl riders around River Quests new outdoor arena during opening weekend of spring vacation. She said her horses are used to being ridden by numerous different riders who take lessons or attend camp.

One of the horses is Striker, who is 27 now and still helping teach young girls to ride.

River Quest offers three or four horse clinics  such as the spring vacation clinic attended by10 girls and three women  plus 10 or so five-day camps during the summer season. The summer camps attract young riders from around the Northwest and California. This summer Murphey is looking forward to hosting four girls from Chile. Their father was an exchange student when Murphey, a former teacher, lived in the Bend area.

River Quest has a website but does no other advertising. Weve been very fortunate, said Murphey, who pointed to reliable word-of-mouth as sufficient publicity. We have the same kids come back year after year.

River Quest concentrates on dressage and jumping instruction, but some campers also enjoy a chance to improve their Western horsemanship. Gradual improvements to the horse camp property have seen the addition of an indoor arena, a horse barn with 12 stalls and, just last year, an outdoor arena.

Before we used to just ride on grass. This is such a big improvement, Murphey said.

Murphey, who worked eight years as an English teacher and is also a former reporter for the Wallowa County Chieftain, started River Quest in 1995 in partnership with her brother, Tim. He has been an English as a second language professor in a Japanese university for many years and recently added a log cabin to the property as his future retirement home.

Murphey began her involvement with Wallowa County horses and kids as a leader of the Nez Perce Riders 4-H Club in 1979.

In addition to her own children  Eric Clark, a deputy sheriff and SWAT team member in Pierce County, Wash., and Katie Lewis, who died as a teenager in a vehicle accident the same year River Quest was founded  Murphey has attracted many other kids, including foster daughter Beth Foley, now a teacher in Roseburg.

Among the spring vacation clinic students was Taylor Grote of Enterprise, 14, who started coming to River Quest at age 8. I learned to jump here, said Taylor, who earned the intermediate jumping championship ribbon at the Wallowa County Fair last year with a record eight qualifying jumps. She said Murphey explains things very well and is all about safety.

A former rural Lostine neighbor, Abbie Hill, 13, now lives in the Portland area, and loves coming back to River Quest regularly. I love riding horses, she said. Its too expensive in Portland. Abbie comes back with her sister, Maddie, 15, who is one of River Quests two regular working students; the other is Taylor Jenkins, a sophomore at Wallowa High School.

Murphey has seen her workers grow up at River Quest; they receive riding lessons, horse privileges and a week at the beach every June in exchange for horse-related labor.

You dont have to be a kid to benefit from River Quest. Sharon Spriggs-Flander, who boards her horse, Eddie, there, was part of the recent clinic. I love riding. Its my passion, she said.

Besides camps and clinics, Murphey offers dressage, jumping and Pony Club lessons Fridays the year round to both adults and youth. Murphey doesnt always work alone; for her spring clinic she recruited Morgan Shanks of the Spokane, Wash., area to do the actual teaching.

Murphey, 67, said that this summer she may increase the number of her student workers from two to four. I need more help, she said, pointing to the work involved in caring for 16 horses, changing irrigation pipe and the like. River Quest grows its own hay to feed the horses, 60 tons a year if Im lucky.

Finding more helpers will be no problem: Every kid wants to work here, Murphey said.