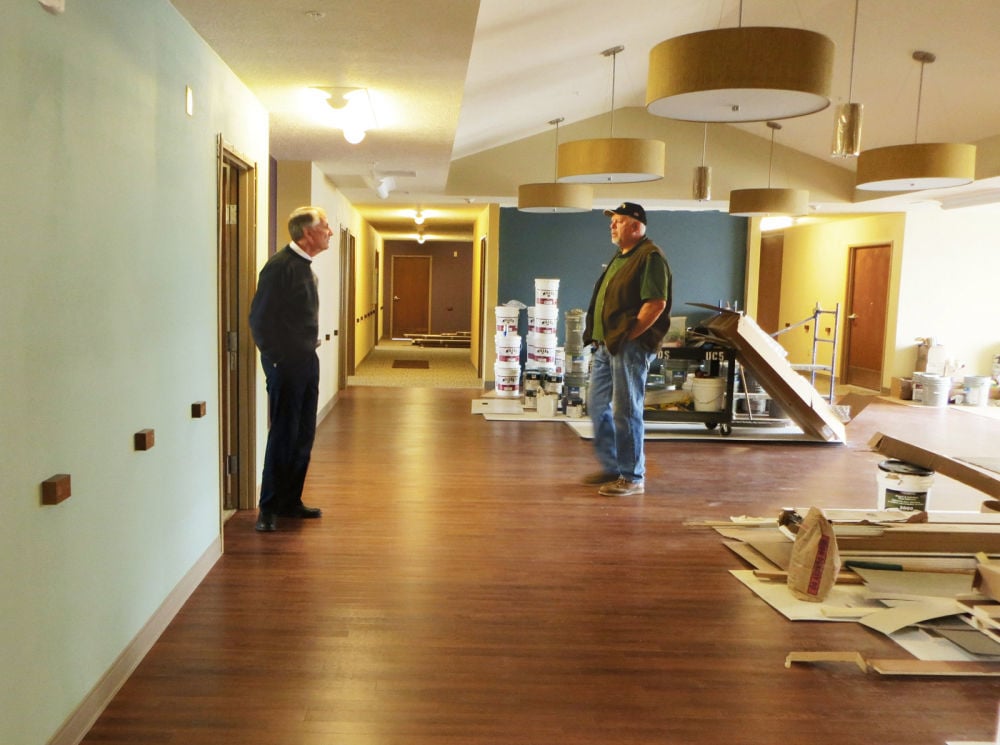 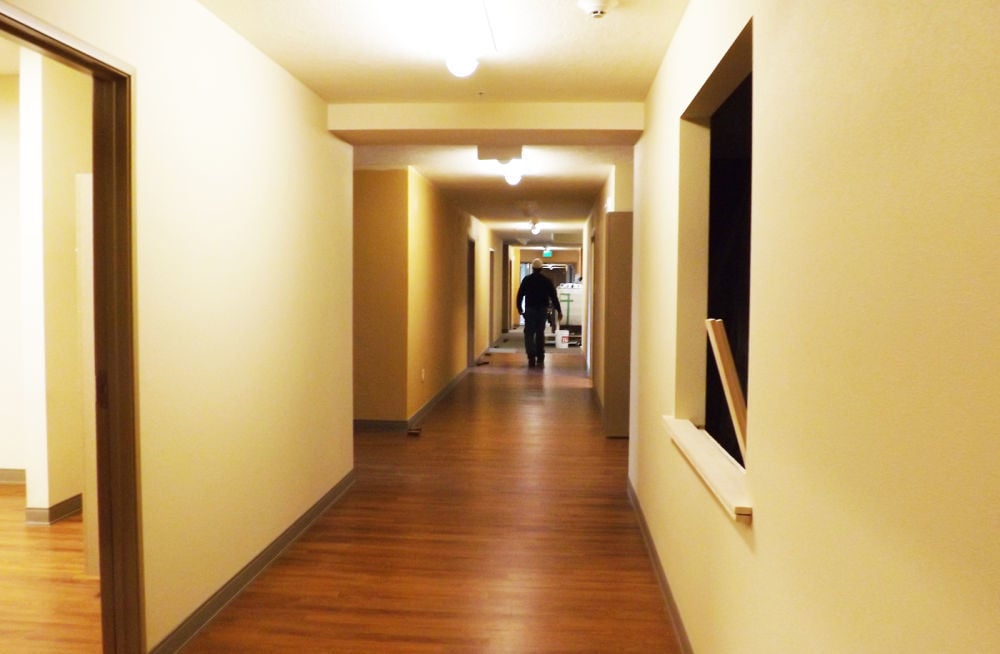 <p>Elane Dickenson/Chieftain A worker walks down the hallway of the new Wallowa Valley Senior Living building, where many last-minute touches are being completed in time for the upcoming inspection June 6.</p> 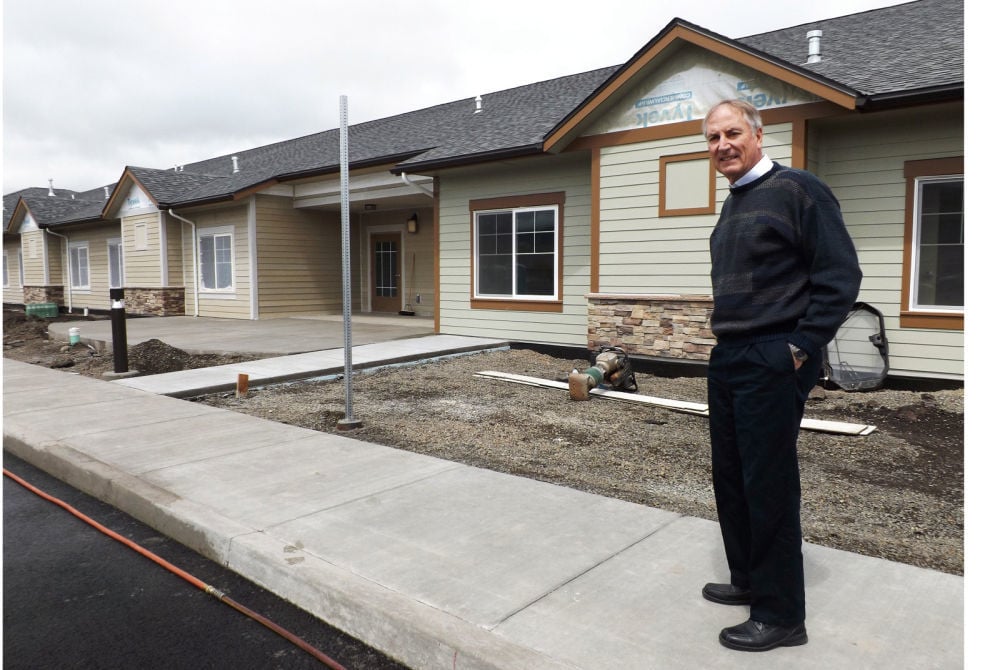 <p>Elane Dickenson/Chieftain A worker walks down the hallway of the new Wallowa Valley Senior Living building, where many last-minute touches are being completed in time for the upcoming inspection June 6.</p>

ENTERPRISE  All systems are go for a move into the new Wallowa Valley Senior Living residential facility in less than two weeks.

Things are going fast and furious, reported Dave Harman, Wallowa County Health Care District CEO, at the districts May 20 board meeting. Things are going really well. Its going to be an excellent facility.

He said that the anticipated move-in dates are June 8-10, though the final state inspection is June 6, and some unexpected last-minute issues could set the move-in back a few days. The inspection puts us right up against our deadline, he said.

Its going to be an amazing facility, echoed Ted Johnson of Marathon Development, the firm that will be managing the facility. The residents and community are going to be proud of it. He reported that furniture would be arriving in the next week.

One discordant note about the new facility came from Dr. DeVee Boyd, who said he spoke as a patient care advocate, rather than a physician, and was concerned that there will not be enough staff to do the job weve been and been doing exemplarily for years. He applauded the present staff for treating the residents like family, and worried that would not be the case in the new center.

Its not intended to be an exact duplicate of what we have now, said Bob Williams, chairman of the health care board, in response to Boyd. I understand that, Boyd said, but said he is still concerned.

Dr. Boyd was especially concerned with the reduction of the number of registered nurses to only two, rather than the current requirement of 24-hour RN staffing. I think that is a very big mistake, he said. Dr. Boyd left after making his comments.

Several board members said that the new center needed to adopt the new model  which includes memory care and assisted living  to survive.

Without assisted living there would be no care. The facility would close, said Harman. It had to be a new model requiring less overhead, said board member Nick Lunde, who pointed to the loss of half a million to three-quarters of a million dollars a year by the Wallowa Valley Care Center.

All of the present 20 care center residents will be moving to the new facility, which has a total of 29 beds, including five residents qualifying to occupy half of the memory care rooms. Senior Living has all private rooms, except for three with double capacity for a married couple or other related residents.

Harman later said that in many ways the new memory care/ALF is a trade-off. The community at present has an aging building that cant meet current life care codes. We never said wed build another nursing home, he said, adding, however, that he feels the new facility will be able to care for most of those that the old one did.

 The new Senior Living facility is not an old-style institutional nursing home, but is a residential model which the state is now encouraging, according to Harman. Therefore staff requirements are a different care level, though the patient/staff ratio is close to the same. The overall cost for staff will be less.

 The new center will accept Alzheimers/dementia patients, who will have their own 10-bed unit. Such patients have been turned away in the past, as have bariatric patients (defined as those who weigh over 250 pounds). However, Senior Living wont accept patients that require as much medical care. Harman said, however, that the present nursing home has also been limited as far as patients that require extensive medical care.

 The structure itself offers a much nicer living environment, complete with fireplaces in public areas, and skylights. He said that people who would never choose to live in the nursing home, could easily envision themselves making a home in the new facility. The residents are excited about the move, Harman said, adding theyve each selected their new room. The memory care residents and assisted living residents have separate public areas, dining rooms and outdoor patios.

 The new facility will have its own dietary department/cook, whereas now the hospital cooks and transports food to the nursing home. Well-known local caterer Randy Garnett has been hired as head cook.

 According to Johnson, 17 employees from the old care center are moving with the residents, including certified nurses assistants, though CNA licenses are not required in the new facility. He admitted wages are somewhat lower, and employees will receive fewer benefits than they do as health care district employees, making it possible for Senior Living to pay its own way.