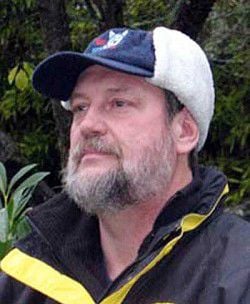 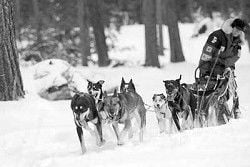 <I>Chieftain archives</I><BR>Most of the mushers who participated in 2008 will be back for next year's sled dog race, Eagle Cap Extreme organizers promise.

<I>Chieftain archives</I><BR>Most of the mushers who participated in 2008 will be back for next year's sled dog race, Eagle Cap Extreme organizers promise.

An acrimonious split between members of the former Eagle Cap Sled Dog Race Association and founders has resulted in both confusion and hope for the future of the race.

Last January, shortly after the conclusion of the most successful race in the ECSDR 4-year history, the majority of the members of the association decided to make some changes in how the race was organized.

Their proposals met with resistance, according to race veterinarian and board member Randy Greenshields, and eventually most of the members threw their lot in with professional sled dog race promoter Clyde Raymer, Jr. and created a new organization: Eagle Cap Extreme.

Race creators Ray and Buck Potter were left on the outside of their own creation.

The Potters retain ownership of the Eagle Cap Sled Dog Race name and history, but little else. The new group, which registered its tax exempt status under the name Eagle Cap Extreme in July (2008), includes all veterinarians and former officials and has gained the support of many of the former sponsors and mushers, according to Raymer.

The Potter family has apparently yielded the floor. They have sent out a letter to former sponsors, thanking them for their generous support and indicating that they are unsure as to whether or not they will be able to run a race in 2009. Both Ray and Buck Potter signed the letter, dated Aug. 11, 2008.

There will be a sled dog race in Wallowa County, however. The Eagle Cap Extreme Race is scheduled for Jan. 14-17, 2009; permission to both start and end at Wallowa Lake Park has been obtained, a route through the Wallowa Whitman National Forest has been secured and permission has been granted to stage the Halfway Checkpoint at Bigelow field in Halfway; and sponsors are lining up to support the event.

Most of last year's mushers will be back, along with new mushers, Raymer said. The event will continue to be Oregon's only qualifying sled dog race for both the Iditarod in Alaska and the Yukon Quest in Canada. The ECX, like the ECSDR before it, will provide two distance mushing courses; a 100-mile, eight-dog race and a 200-mile, 12-dog race.

Whatever the causes of the split, which resulted in Raymer being named president of the new Eagle Cap Extreme, Raymer wanted to make clear that "there was no impropriety, real or imagined, in the running of the race."

The new organization immediately voted to create a corporation to simplify the issuance of tax exemption receipts to donors.

Other changes reflect the professionalism Raymer, who worked as a communications volunteer for the Alaskan Iditarod for 16 years, brings to the table.

"Our biggest change is to partner with companies rather than ask for money," he said.

The second big change is to more fully integrate mushing as an activity for youth, Raymer said.

The vet checks will again be open and held in both Joseph and Enterprise so that school students can be part of the experience and ask questions of mushers.

Raymer also hopes to announce the establishment of a program that allows a student or an entire class to "adopt" a musher and track his or her progress through the training and racing process.

By these means, Raymer hopes to put mushing on the same level as rodeo and other popular Wallowa County sports.

"Wallowa County has the location, the volunteers and the desire for this event," Raymer said.

"We just need to put them together for the right impact and this event will go!"