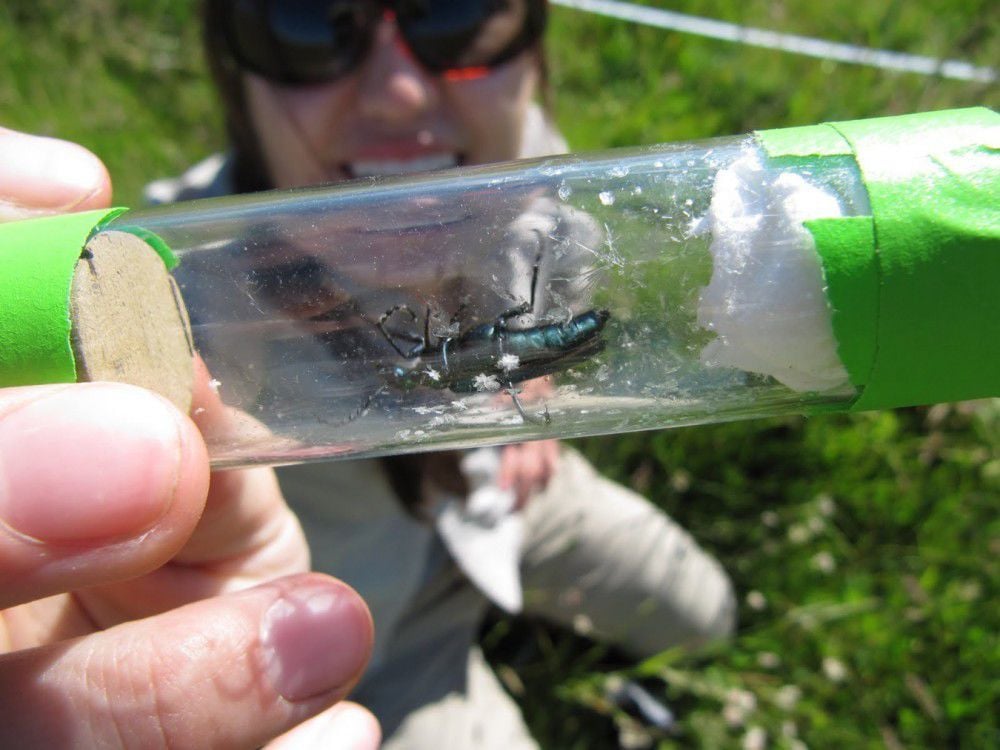 <p>A researcher holds a specimen blister beetle gathered from one of the pastures in the Zumwalt grazing study. The beetles feed on flowers and foliage and are common to the area.</p> 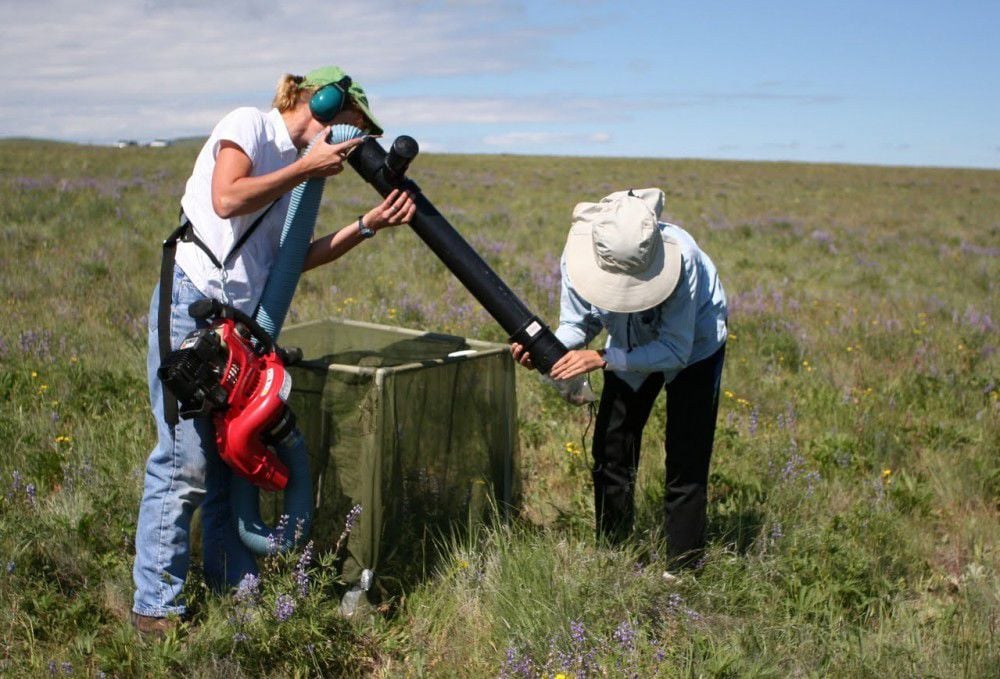 <p>Insect researchers Sandra Debano (left) and Chiho Kimoto use a specially modified leaf blower to suck the insects out of a randomly located sampling plot.</p>

<p>A researcher holds a specimen blister beetle gathered from one of the pastures in the Zumwalt grazing study. The beetles feed on flowers and foliage and are common to the area.</p>

<p>Insect researchers Sandra Debano (left) and Chiho Kimoto use a specially modified leaf blower to suck the insects out of a randomly located sampling plot.</p>

ZUMWALT PRAIRIE  Medium-intensity grazing seems to cause little or no harm to most insects, plants, birds and other species found in Wallowa County's native grasslands, according to findings from a multi-year experiment The Nature Conservancy led here.

And though researchers are careful to avoid stating conclusions that absolutely support grazing, the recent findings are viewed as generally encouraging to local cattle producers.

Ranchers who graze their stock on any of the approximately 300,000 acres of prairie grassland within the county are the target audience for the Conservancy's and Oregon State University's July 21 field day highlighting research results, which may hold relevance for these stock growers.

According to Fields, the Conservancy owns roughly 10 percent of the local area's grassland, which he said ought to remain a working landscape. Grazing, he adds, is one of the most compatible uses for this type of ground. So we have an interest in seeing grazing done well, he says, explaining the main motive underlying the experiment, which was conducted on 1,600 acres on the conservation organization's Zumwalt Prairie Preserve.

The study focused on four separate 400-acre blocks. Each block was in turn divided into four separate 100-acre pastures. Ecologist Rob Taylor, the Conservancy's principal researcher for the study, points out that 100 acres is a normal pasture size in real-world grazing.

After fencing off the blocks and pastures in 2005, researchers collected field data in 2006, before grazing commenced in 2007 and continued a second year in 2008. In both years, grazing occurred through two months, June and July. The post-project year of 2009 saw another round of intensive field data collection, setting up comparisons to the pre-grazing data.

Making the Zumwalt study unique, researchers say, is the broad scope of potential effects it measured  everything from soil compaction to prevalence or absence of plants, pollinating insects, and ground-nesting birds. In essence, it's looking at the entire food web, Taylor says.

While there seemed to be good news for ranchers in the paucity of negative effects associated with medium- or low-intensity grazing, a few such effects were observed. Perhaps most notable, spiders suffered at all grazing levels. Despite spiders' importance to birds, however, most songbird species nonetheless fared well in pastures with less-than-heavy grazing.

Songbirds, as a group, were noticeably affected by heavy grazing. The impact was especially negative for savannah sparrows and grasshopper sparrows, Taylor said.

Among a number of other negative effects observed in high-stocked pastures:

 Soil compaction increased significantly. Too much compaction can inhibit water infiltration, a bad trend for a pasture.

Taylor said stock growers tend to be rather interested in soil conditions. It's the foundation of their business, he said.

Oregon State University, which cooperated in the study, will co-sponsor the July 21 field day. At one point during the day's program, local Extension agent John Williams will lead a discussion on producer ideas for future research.