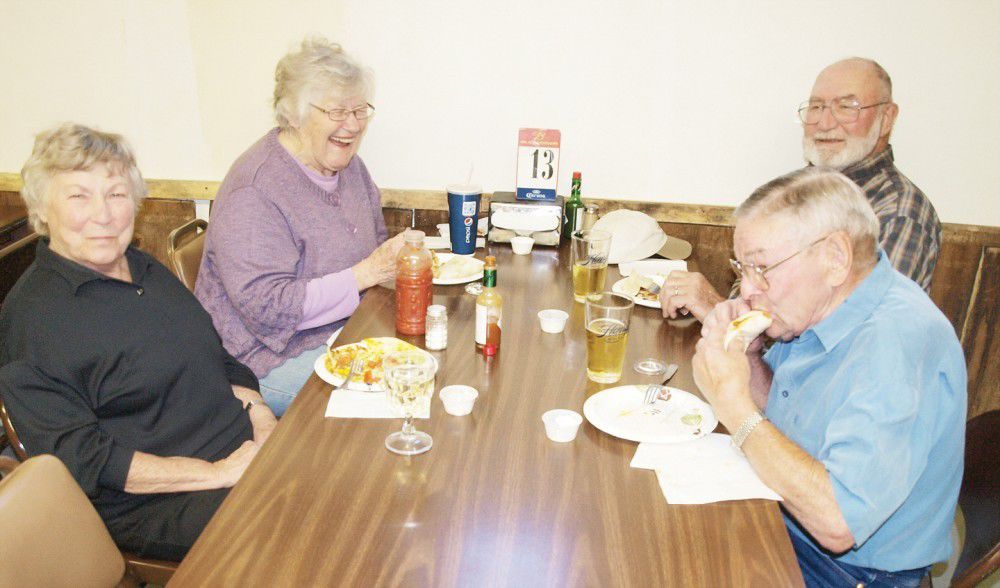 <p>Lostine rancher Joe Haun, across the table from wife Rita, chomps down on a $2 taco-night taco. Behind the Hauns are Dave and Sue Smyth. Dave says, "Where else can you take your wife out for dinner for $8, including drinks?"</p> 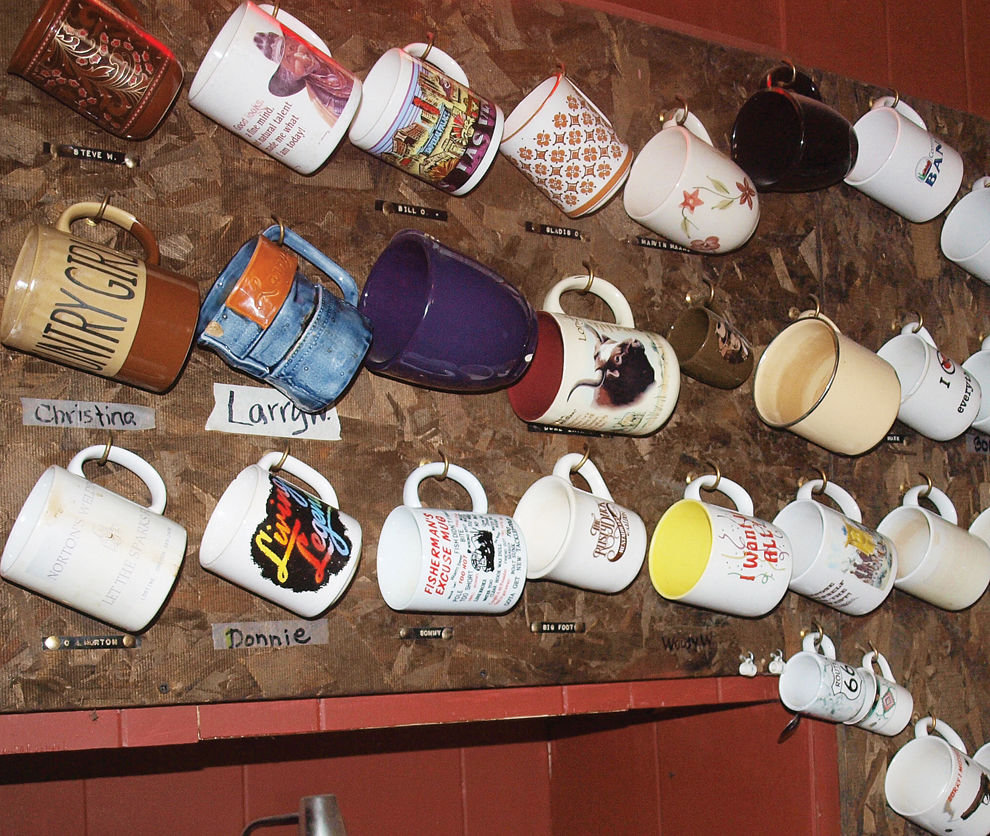 <p>Not indigenous to Taco Night is the back wall of the LT that's filled with hanging coffee mugs. An a.m. crowd of coffee-drinking regulars, as well as others, routinely pull their cups from the wall before coffee is served.</p>

<p>Lostine rancher Joe Haun, across the table from wife Rita, chomps down on a $2 taco-night taco. Behind the Hauns are Dave and Sue Smyth. Dave says, "Where else can you take your wife out for dinner for $8, including drinks?"</p>

<p>Not indigenous to Taco Night is the back wall of the LT that's filled with hanging coffee mugs. An a.m. crowd of coffee-drinking regulars, as well as others, routinely pull their cups from the wall before coffee is served.</p>

LOSTINE  Quite possibly, the best way to establish a tradition is to start with a good idea and let it grow.

When Marvin and Evelyn Lovell, then-owners of the Lostine Tavern, began featuring the sale of tacos on Wednesday nights at the tavern about 20 years ago, they knew it was a good idea but had no clue it would evolve into the highlight of the week for Lostine and surrounding community.

Its the night to socialize with your friends, says Donna Goebel of Lostine. Goebel has been involved with Taco Night from the start, being a Wednesday-night waitress at the outset of the wildly successful venture when, she says, People were standing outside waiting to get in because the place was full. Shes now a regular patron on Taco Night, oftentimes seen sitting at the same table in the same chair.

In 2005 the husband-wife team of Krag and Kim Norton bought the pub affectionately referred to as the LT. Three years later Tim and Deb Huffman became partners with them.

Deb Huffman says about 175 large tacos are sold on a given Wednesday while Kim Norton says the record number of tacos sold on one night is about 300.

One doesnt need to have a calendar to know when Taco Night is. Instead, if a person drives through the tiny burg of Lostine, population 213, and sees a parking lots worth of cars and pickups on both sides of Highway 82 near the LT, its Wednesday evening.

Krag Norton says, because the tavern has more customers Wednesdays than any other night, its on Wednesdays when benefit pie auctions are held. The auctions draw even more patrons to the LT than on regular Taco Nights for the purpose of raising funds for cancer victims, those whose houses have burned down, those facing staggering health bills, and others.

Kim Norton says the most money yet generated during one pie auction was about $11,000; in that instance for victims of a vehicle accident. She says its not uncommon to have in excess of 100 pies, cakes, batches of cookies, and even quilts brought in to be auctioned off. She says pie bids regularly start in the $40 to $50 range and can go as high as $400.

Taco prices have grown from $1 to $2 over the years.

Dave Smyth, a well-known retired educator from Wallowa County, asks, Where else can you take your wife out for dinner for $8, including drinks?

Rancher Joe Haun, sitting at the same table with Smyth and their wives, says, Its a good cheap meal.

The ambience of the Lostine Tavern on Wednesday nights varies according to where a person chooses to sit. The main part of the pub one enters into through the front door includes the bar, many tables, and almost always has a more boisterous, gregarious atmosphere than the separated side portion where patrons regularly sit at tables of four in a quieter setting.

Krag says of interest to him are the groups of people who come in every Wednesday night and claim the same tables. A prime example, he says, is the Lostine Canyon bunch who regularly corral the large round table early on Wednesday evenings, around which eight to 10 people sit.

Laughingly speaking of Taco Night is regular customer Perry Johnston, a rancher/farmer who lives between Lostine and Wallowa. He says, We go south every winter to Lostine.

Local realtor Bob Keyser says, This is a good place to gather with people you dont see very often. Some people here you only see at the annual alumni banquet or Taco Night.

Mark Mason, a recently retired cable guy from Joseph whos better known as a guitar player for local country rock bands, has attended Taco Night many times through the years. He says he and wife Karen like to invite their kids to join them Wednesday nights in Lostine and suggests the value of calling other friends to join them as well.

Jane McArtor, who lives with husband Terry on the Enterprise side of Lostine, says Taco Night plays a major role in the McArtor household. She says its Terrys responsibility to cook dinner one night a week and, coincidentally, Terry has chosen Wednesday night as the night he cooks. The McArtors rarely miss a Taco Night, says Jane.

Another individual who has been, over all, a steady Taco Night customer since the inauguration of the tradition is Clarence Norton. He indicates the perception among some people that he sits in the same chair at the same table is not entirely accurate. I dont care where I sit as long as Im facing the door and no one is sitting behind me, he says.

Some longstanding components of Taco Night have faded away through the years.

Karen Mason says a handwritten sign declaring the Bikers Corner no longer is posted. It was around a table under that sign where motorcyclists and their companions regularly would sit during Taco Night. Among regulars then were Jerry Moffit and John Carper, both passed away; Mark Mason; Tom Burgie Gentle; Terry Graham; and Gary Powers.

Not directly related to Taco Night but an integral part of what the LT has become is the back wall behind Clarence Nortons adopted seat. Hanging on that wall are dozens and dozens of coffee mugs tagged with the names of regular customers who come in to drink coffee and chat throughout the week.