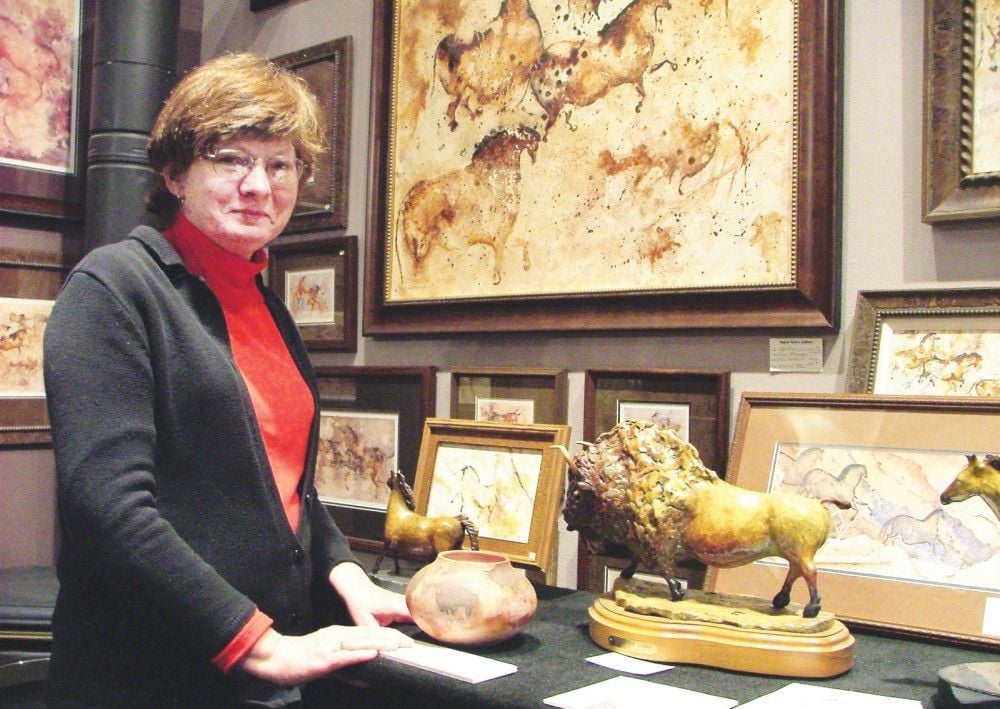 <p>Joseph artist Carol McLaughlin shows off a few of her cave painting artworks in the Aspen Grove Gallery she owns with husband Mark Kortnik. The versatile artist will be featured on OBP's Art Beat program today (Thursday) at 8 p.m.</p> 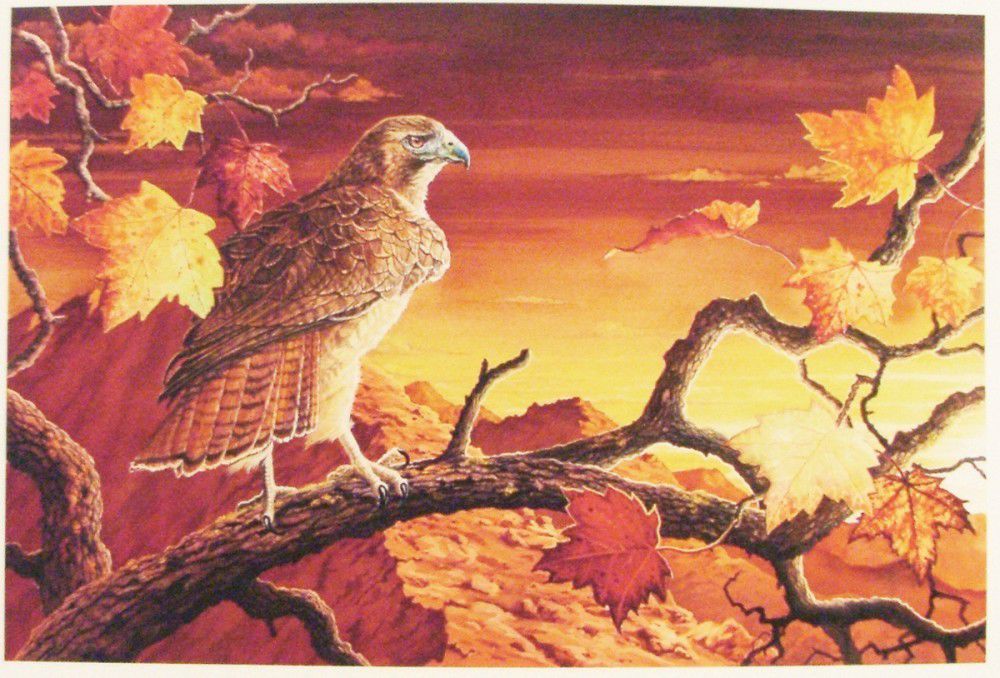 <p>This is Carol McLaughlin's newest painting, a water color of a red-tail hawk. The original was commissioned and sold, but the artist offers prints of most of her paintings.</p>

<p>Joseph artist Carol McLaughlin shows off a few of her cave painting artworks in the Aspen Grove Gallery she owns with husband Mark Kortnik. The versatile artist will be featured on OBP's Art Beat program today (Thursday) at 8 p.m.</p>

<p>This is Carol McLaughlin's newest painting, a water color of a red-tail hawk. The original was commissioned and sold, but the artist offers prints of most of her paintings.</p>

Sculpting, painting, crafting  she does it all. Its not that she cant make up her mind  she just seems to love making all kinds of art, and youll be amazed at how good this self-taught artist is at everything she tries.

Im excited, but a little nervous, Carol said about her debut on statewide television. She admits that she is curious about how they put together all the elements of a day-plus spent interviewing and filming her last fall.

Carols range of art mediums includes watercolors, sculpture, basket weaving, jewelry, collages and more. She has always enjoyed subjects from nature, and right now she is working a new series of bird paintings and prints. Among her most popular subjects are images channeling prehistoric cave paintings, in both watercolors and bronze.

McLaughlin and her husband, artist Mark Kortnik, own Aspen Grove art gallery on Josephs Main Street, a 3,500-square-foot building they built in 2001 after opening their first gallery in 1988. It was their third Joseph gallery location, plus one at Wallowa Lake, and they easily have the distinction of having the longest running gallery in town.

Carol had no formal art instruction when she first started making a local name for herself with unique, colored wood-burned paintings of farm scenes. She won a Best of Show award at the Wallowa County Fair in the early 1980s. She gradually progressed to using her burning tool on paper combined with watercolors  and then dropped the burning part.

After she married Mark Kortnik, a fine arts graduate from California State College, they formed a husband-wife team that often complemented each other in style and technique. The pair have both earned numerous awards at shows through the years  including the Wallowa Valley Festival of Arts  and continue to learn from each other. Just last week Kortnik took some of their work to the prestigious Western Master Art Show and Sale in Great Falls, Mont.

Carol comes by her native talent honestly. Her parents are Hope and the late Harold McLaughlin  her mother is a locally renowned quilt maker, and her father was a superb wood craftsman. Her brother Erls artistry is shown in his outstanding collection of restored tractors, housed in their custom-built warehouse on Alder Slope.

Anything she puts her mind to, shes good at, said her proud husband. Shes very creative.

An OPB crew consisting of producer K.C. Cowan (who has since left Art Beat), soundman Randy Layton and videographer Tom Schrider filmed both McLaughlin and wood turner Tom Clevenger last October. Clevengers segment appeared in January, and now its Carols turn. For those without access to OPB, both segments will be available on the OBP website.

During her time in Joseph, producer Cowan was generous in her praise of McLaughlin. I found her on the Internet  In all my years at Art Beat, I dont think Ive ever met an artist who is as naturally talented as Carol.

The work of both McLaughlin and Kortnik can be seen on their gallery website, www.aspengrovegallery.com, and Carol also shows her newest pieces on her Facebook page.