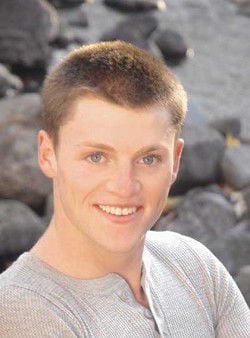 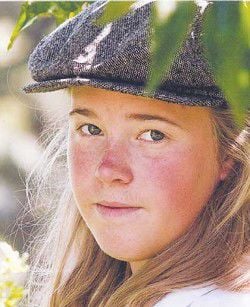 Jessica Osterloh of Enterprise High School and Corby Makin of Joseph High school, received $1,000 each in scholarships as girl and boy winner at the local level, and as district winners scooped up an additional $1,600. They will now advance to the state competition, scheduled to unfold in Hood River Feb. 23, and then to the national level. With awards ranging from $1,000 to $2,200 in state and $4,000 to $60,000 in national competition, Osterloh and Makin will receive a minimum of $7,600 in scholarships from the Elks National Foundation.

Nine girls and five boys from the county's three high schools participated for the Most Valuable Student titles.

In the past 13 years, five Wallowa County students earned first-place status at the state level, with another three local MVS winners placing second. All told, local high schools have provided 18 students in 13 years as top-three winners at district, with 13 students advancing to the state contest.

Osterloh and Makin are members of the National Honor Society and leaders in sports and other organizations at their respective schools.

Makin, 18, the son of Kirk and Liz Makin, is team captain for both the Joseph basketball and baseball teams, and has been class president. Very active in FFA, he is chapter reporter, was the recipient of the chapter's Star Farmer and Star Greenhand awards and received the State FFA Degree. He was also an ambassador to the Washington Leadership Conference in Washington, D.C., last year.

Makin is also active in Family, Career and Community Leaders of America, and received a gold medal for his project at state last year. A member of a band, Makin has played music for cancer survivors for the American Cancer Society and at a fundraiser for the Safe Harbors victims assistance program.