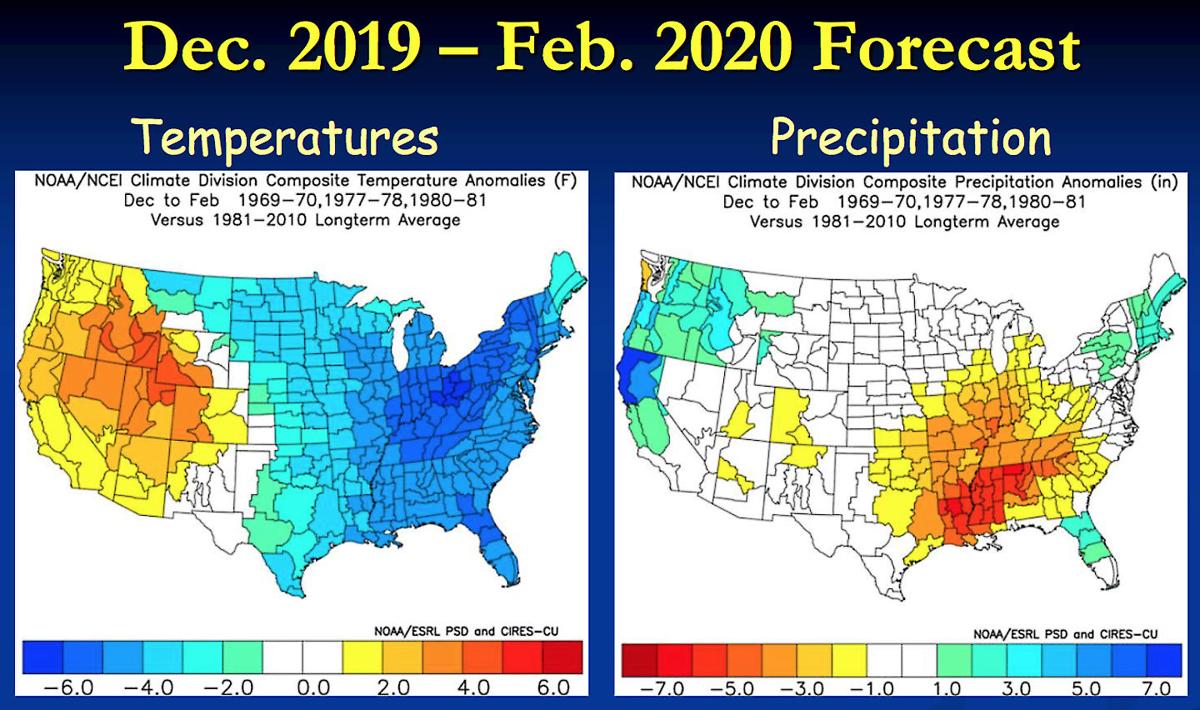 Winter 2019-2020 is forecast as warm and wet for Oregon, and especially northeast Oregon. But if you are visiting the eastern side of the Rockies, take plenty of warm clothing. 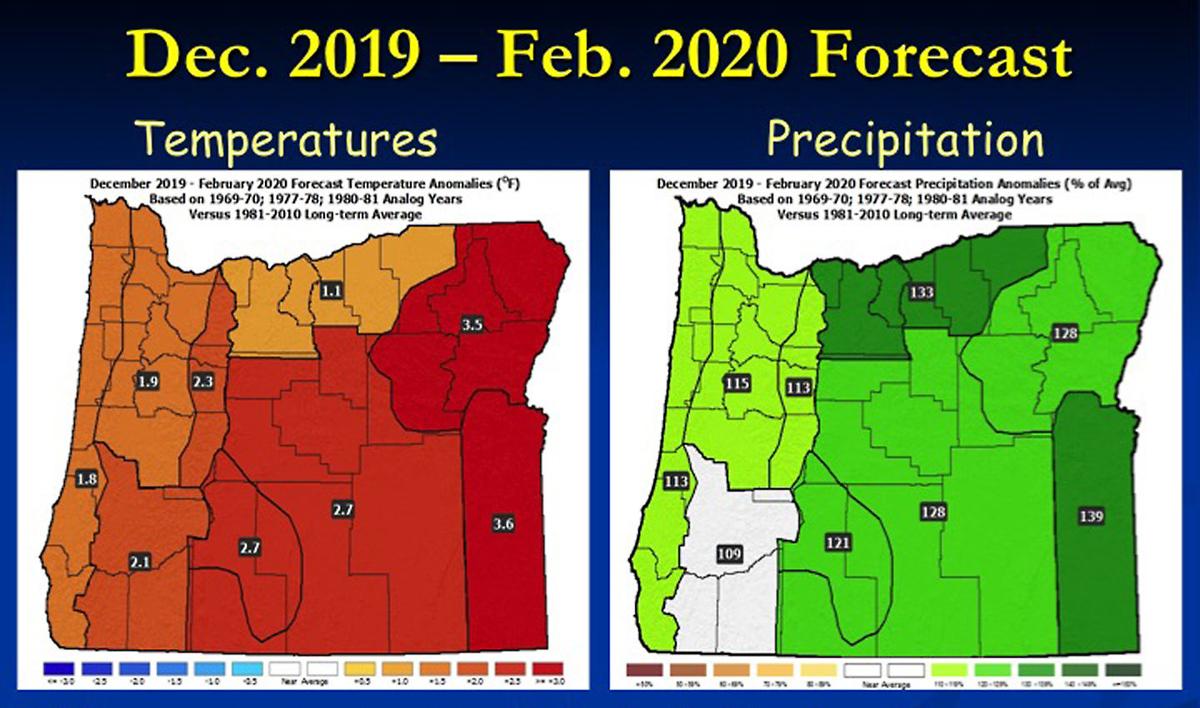 Oregon’s winter weather, especially for northeast Oregon, is forecast to be warm and wet. 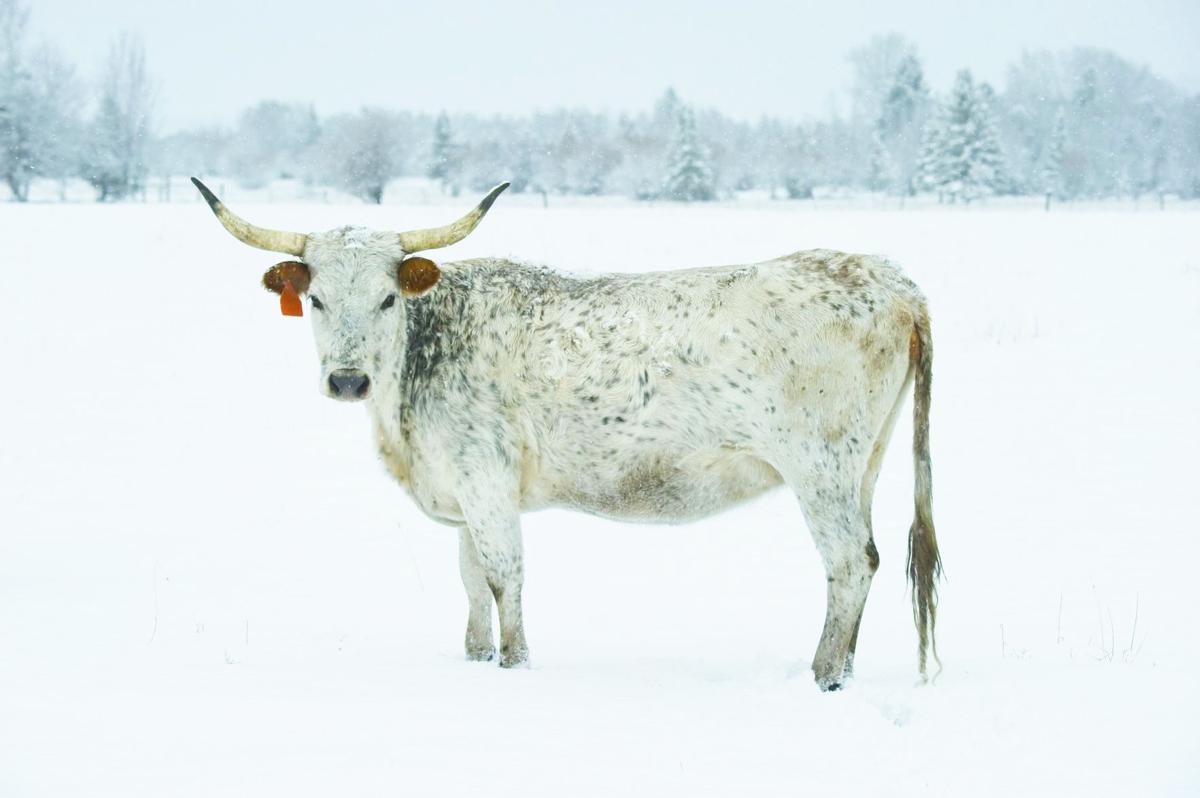 A warm February may provide an easy calving season. At least that’s the hope of this cow along Eggleson Road in a photo taken earlier this year. 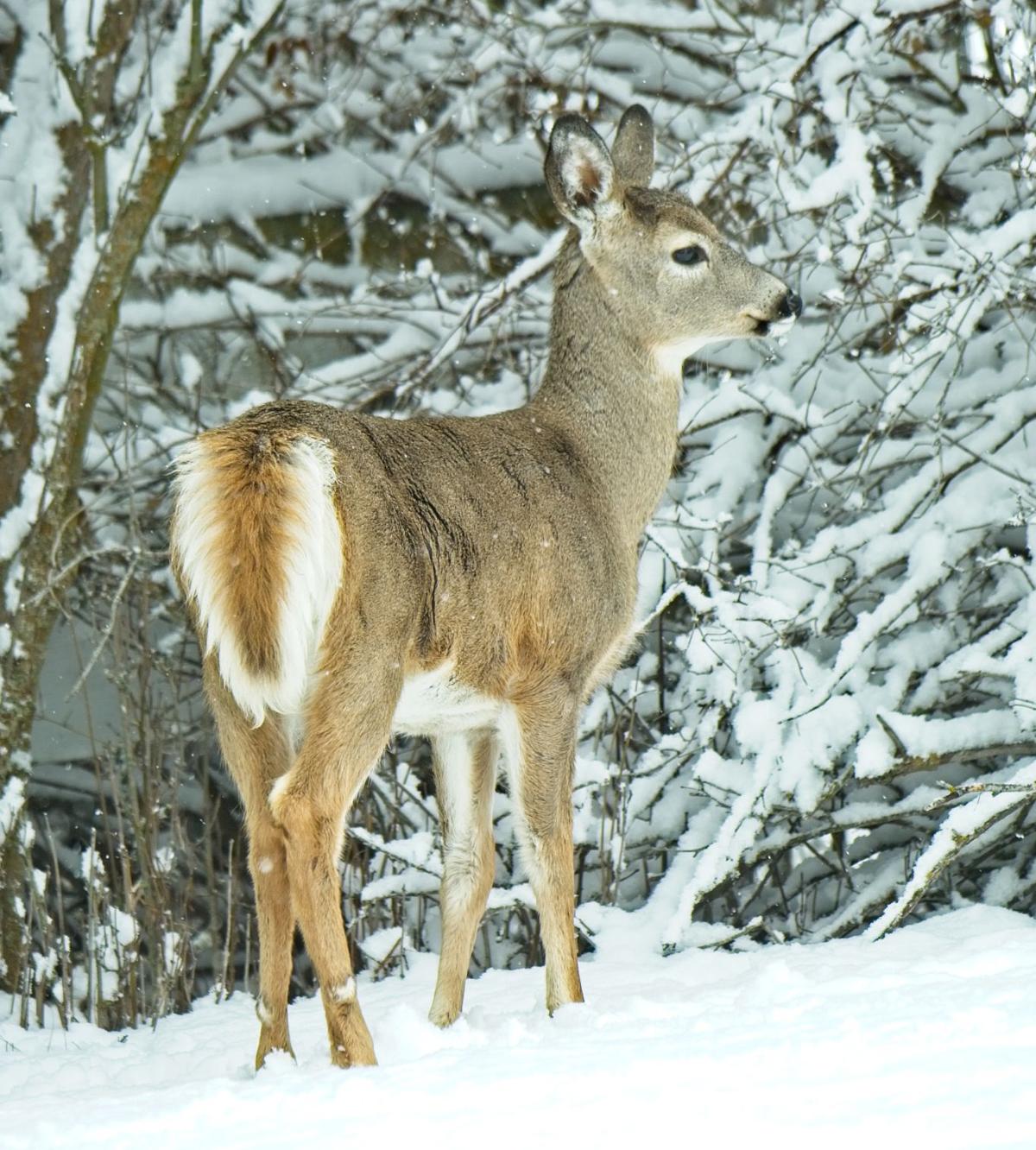 A mild winter may be a benefit to wildlife, including this young and well-fed whitetail deer fawn browsing on shrubs along Eggleson Lane.

Winter 2019-2020 is forecast as warm and wet for Oregon, and especially northeast Oregon. But if you are visiting the eastern side of the Rockies, take plenty of warm clothing.

Oregon’s winter weather, especially for northeast Oregon, is forecast to be warm and wet.

A warm February may provide an easy calving season. At least that’s the hope of this cow along Eggleson Road in a photo taken earlier this year.

A mild winter may be a benefit to wildlife, including this young and well-fed whitetail deer fawn browsing on shrubs along Eggleson Lane.

In Wallowa County we say that if you don’t like the weather just wait awhile and it will change. That evidently goes for the long-term winter weather forecast, too.

In an updated forecast issued on Nov. 21, the Oregon Department of Agriculture more confidently predicts a warmer and wetter winter than usual for Wallowa County and northeast Oregon. The previous forecast, issued in early November, did not include a February forecast, and indicated colder weather quite possible in December.

According to ODA senior meteorologist Pete Parsons, Arctic outbreaks are not a big concern, although one may occur in December or early January. “It’s rare that we don’t see at least one incursion of really cold air in the winter,” he said. December should be the wettest month, with progressively drier conditions developing in January and February. “A wet, stormy December will be countered by progressively drier weather in January and February,” Parson’s said. He noted that mountain snowpacks may start out well, but are likely to finish the three month period at or slightly below average.

“The farther east and farther north you are in Oregon,”Parsons said, “the greater chances of a snowpack at or above average. The northeast part of the state has the best chance for a normal snowpack this winter.” Parson’s updated models predict overall winter seasonal temperatures 3.9 degrees above normal and precipitation 128 % of normal for Wallowa County and northeast Oregon.

December temperatures in northeast Oregon may average a nearly tropical 4.6 degrees F above normal, with 135% precipitation.

January shows a possibility of colder than normal weather in the Columbia River Gorge, but for Wallowa County and northeast Oregon, 3.2 degrees above normal and 135% above normal precipitation.

February will still be pretty warm and wet here: 2.9 degrees F above normal and 111 % of normal precipitation for Wallowa County and northeast Oregon.

A major reason for the updated forecast is “The Blob”. “The Blob” is a large area of warm Pacific Ocean waters that has previously hugged the Canadian and Washington coasts. This year, it’s moved a little farther offshore than it has been in previous years. “The farther offshore it is, the cooler we tend to be,” Parsons said. “But it’s still there, and so it will help to mitigate the winter climate toward warmer conditions.”

Meanwhile equatorial Pacific Ocean surface temperatures are about average, Computer models, Parsons noted, are not vey good at predicting long term weather when ocean conditions are in this “neutral, not too warm, not too cold state. “In this kind of year, weather can be variable, and hard to predict long term.” he said

This leaves meteorologists looking at analogue, or similar years, as their crystal ball. Peterson noted that one of the analogue years (the winter of 1980-81) shifted into colder condition before March, while two ( the winters of 1977-78 and 1969-70) became somewhat warmer than predicted by the end of winter, with milder weather and lower snowpack, he said. This is a revision of Parsons’ previous long term forecast which saw snowpacks holding steady.

“That’s different from the NOAA Climate Prediction Center, which uses computer models based on multiple years that had similar conditions to where we are right now, as well as trends for the past 15 years. My method using the best analogue years seems to work really well,” Parsons said. The NOAA climate prediction model concurs with Parson’s, indicating a milder and wetter winter for northeast Oregon.

February’s mild temperatures and lower precipitation prediction is based upon the expectation the jet stream will split, with one branch going to Mexico, the other to Canada. “That means that cold weather won’t make it down here from Canada, and it will be difficult for Pacific storms to get here”, Parson’s said. “Everything is lining up for a milder wetter winter for Oregon overall.” Which is really good, because on the three-month winter weather predictions, everything east of the Rocky Mountains is colored blue, and some of it a deep blue. “The eastern U.S. can see some really cold air dumps the way the atmospheric patterns are setting up.” Parsons said. It appears they are in for what we might call an “old fashioned winter.”