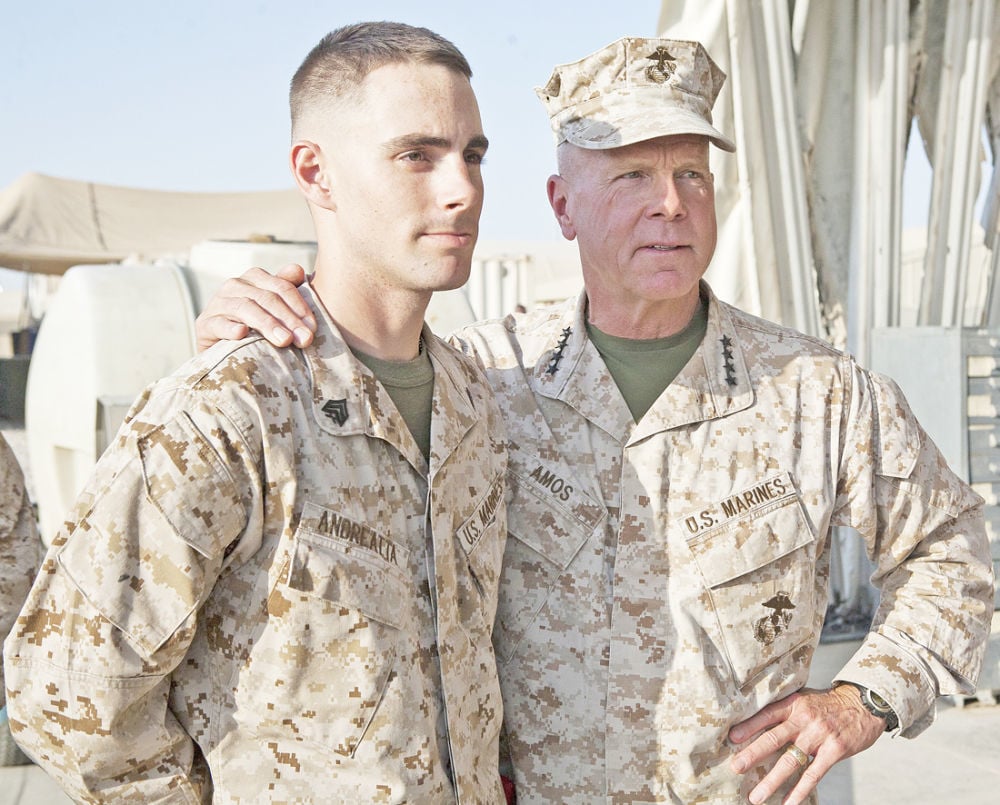 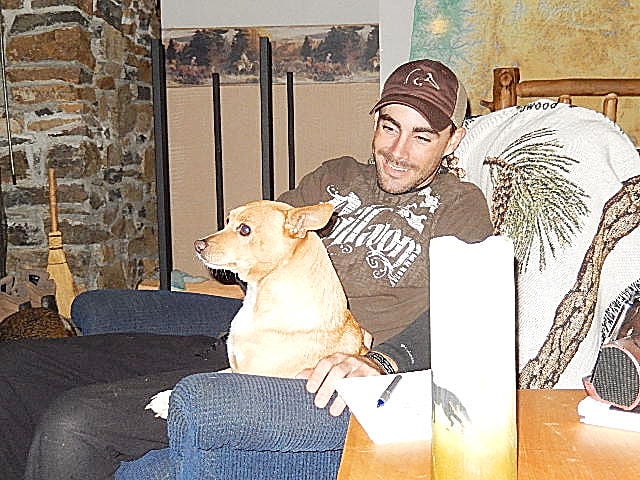 <p>Tyler Andreatta and his canine buddy Grace at Divide Camp.</p>

<p>Tyler Andreatta and his canine buddy Grace at Divide Camp.</p>

During the course of two years, USMC Sgt. Tyler Andreatta, went to therapist after psychologist and was treated with more than 20 different medications seeking relief from war injuries suffered in Afghanistan, both physical and mental.

Decorated with a Purple Heart medal, Andreatta says hes accepted the physical pain he will experience each day for the rest of his life, yet remained in search of mental relief until an Internet search introduced him to Divide Camp, about 20 miles east of Joseph.

Andreatta, now living in Clackamas and out of the military, says he returned to that Web site three or four times, read every word each time, and concluded, I have to go to this place.

And so he contacted Divide Camp owner Julie Wheeler, who was preparing 40 acres between Little and Sheep creeks in Wallowa County as a refuge, or healing center, for U.S. combatants scarred by war.

This was in September, and Wheeler did not feel Divide Camp was yet ready to accept its first veteran.

The Afghan vet not only convinced Wheeler to let him come to camp on Sept. 27, but also disproved her assessment that Divide Camp wasnt ready to provide healing.

In the short time I was there, I experienced amazing changes in my life, says Andreatta. My sleep patterns changed and I was at peace again. I found a new spark of life.

Although only at Divide Camp four days before a family emergency called him away, Andreatta claims those four days were critical in improving the relationship he has with his girlfriend, family, and friends.

It wasnt that it was all that bad before, but now its way better, he says.

Contacted by telephone, Andreatta says he "fell in love with the place," and is a "believer" in what Divide Camp can do for other veterans.

And it will only get better in time, says the former Marine who has sworn to return to Divide Camp and bring friends.

Wheeler spent years working for the federal government on a job where she debriefed individuals recovering from extremely stressful incidents, and so understands the type of healing evidenced by Andreattas renewed grip on life.

Providing an environment for such healing was Wheelers vision when  after recently inheriting the unused family-owned elk camp property with five structures on it  she embarked on the Divide Camp venture.

Andreatta attributes his healing to spending quiet time alone, sitting by the stream that runs through the property and relaxing, and chatting in the evenings, mostly with Wheeler and a cook on the premises named Jo.

Talking with Wheeler and Jo was therapeutic for the Afghan War survivor who repeatedly had been unable to express himself in more formal therapeutic environments.

I do believe strongly in small group effectiveness, said Wheeler. She plans to open the facility only to about three to five veterans at a time except on special occasions.

Although the ultimate goal is to keep the facility open year around, Divide Camp is now closed for the season.

The biggest need for the advancement of Divide Camp as a retreat for wounded veterans is money, Wheeler says.

The time it is taking Divide Camp to be recognized by the Internal Revenue Service (IRS) as a nonprofit entity is blocking willing donors from stepping forward to help. Already, Wheeler has taken that fight to U.S. Congressman Greg Walden (R-OR) to help expedite that process.

In his former life, Tyler Andreatta fashioned himself as sort of a poet, but that pleasurable release of self went away in 2008 and only returned during his final days at Divide Camp.

The beginning and last stanzas of his 8-stanza poem entitled Divide Camp read:

There is a Heavenly place Where healing is done. Hospitality is off the charts, on a scale from 10 to 1. And Look for the flag flying high with pride. That is how youll know  youve found the camp on the Divide.