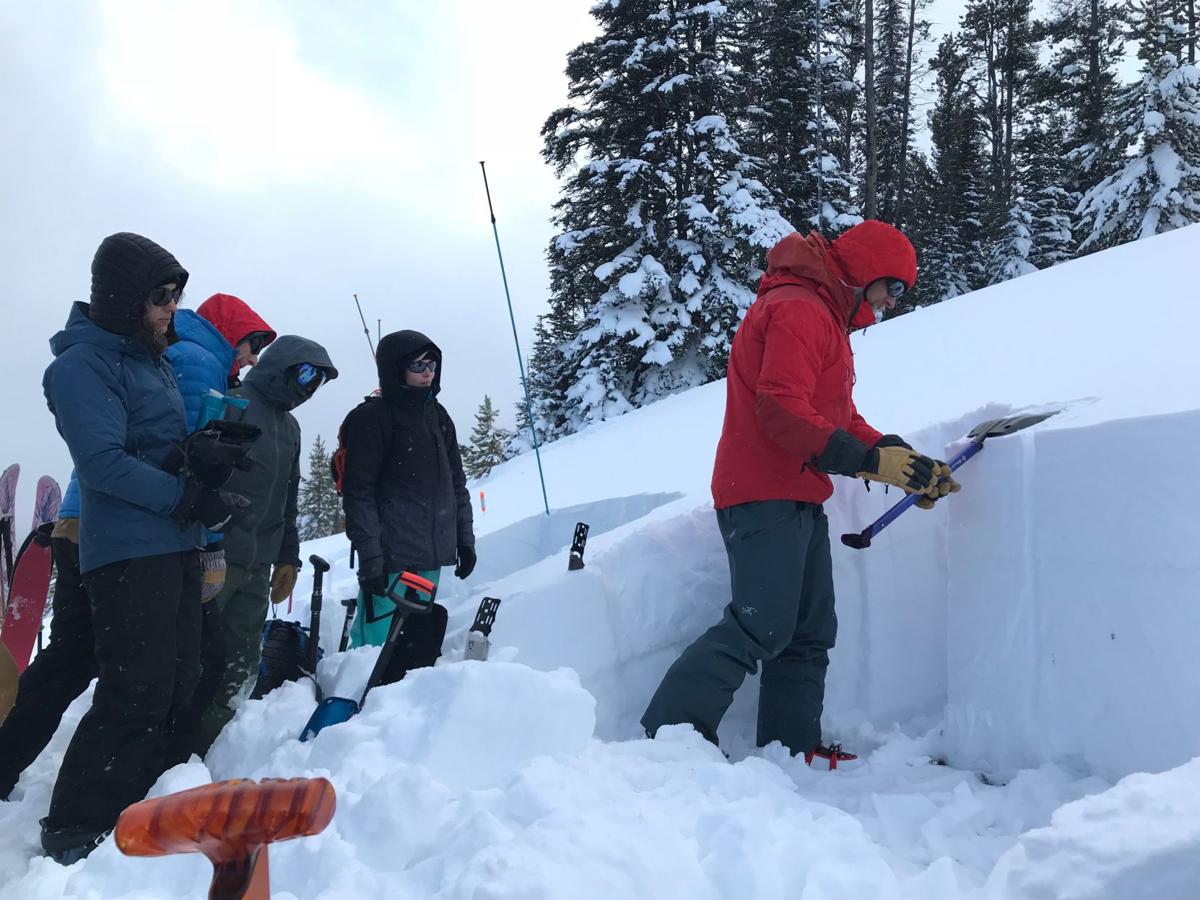 For the past 10 years, the Wallowa Avalanche Center in Joseph has been winter enthusiasts’ best resource for avalanche danger and snow conditions. 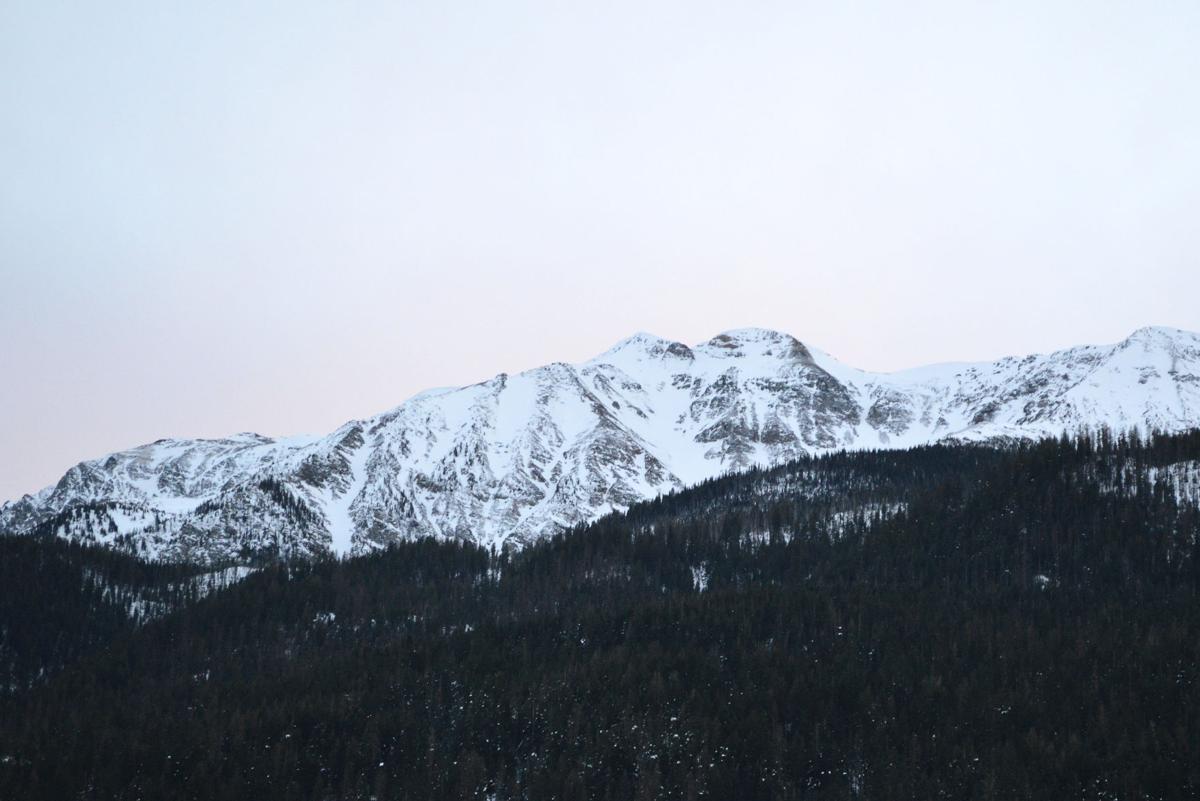 Chief Joseph Mountain in the Wallowas is a popular place for backcountry skiing and a common place for avalanches. Through the center’s website, advisories are posted once or twice a week. Victor McNeil, the Wallowa Avalanche Center’s director, is also one of three avalanche forecasters in the region.

For the past 10 years, the Wallowa Avalanche Center in Joseph has been winter enthusiasts’ best resource for avalanche danger and snow conditions.

Chief Joseph Mountain in the Wallowas is a popular place for backcountry skiing and a common place for avalanches. Through the center’s website, advisories are posted once or twice a week. Victor McNeil, the Wallowa Avalanche Center’s director, is also one of three avalanche forecasters in the region.

JOSEPH — Every winter the remote mountains of northeast Oregon draw backcountry skiers and snowmobilers from around the West. For the last 10 years the Wallowa Avalanche Center in Joseph has been winter enthusiasts’ best resource for avalanche danger and snow conditions.

Through the center’s website, advisories are posted once or twice a week. Victor McNeil, the center’s director, is also one of three avalanche forecasters in the region.

“We are going out as much as we can to as many areas as we can,” McNeil said,

While the center has been around for 10 years, Connelly Brown, owner of Wallowa Alpine Huts in Enterprise and progenitor of the center, said it is not supported by a U.S. Forest Service employee, a requirement for an avalanche center to issue danger ratings.

“The closest official center is the Northwest Avalanche Center in Seattle, which covers the whole coastline and the Cascades down into Oregon, but our snowpack is different over here,” Brown said.

Wallowa Alpine Huts serves the northern and southern Wallowa Mountains and hosts nearly 500 skiers a year. Brown said typically when a backcountry skier looks at the home page of an avalanche center, most of the polygons that outline an avalanche center’s region are colored. The polygons outlining the terrain forecasted by the center are gray and outlined in blue, indicating there is information for that area but no color-coded rating, such as green indicates low danger while red indicates a high danger.

Brown said most of the ski community that flocks to northeast Oregon is from outside the area and is used to the color-coded rating — and need to read the advisories and observations carefully.

“Because we can’t post the color-coded system, skiers have to read the conversation on our website, which takes more participation and afterthought,” Brown said.

Skiers and snowmobilers will also call outdoor recreation retailers that sell Oregon Sno Park permits, like Outlaw Motorsports in Enterprise, to get the local snow report.

Dustin and Lorien James run the family-owned business and are both experienced snowmachine riders.

“Our mission is to increase snowmobile users’ knowledge of avalanche danger, which is prevalent in our area,” Lorien James said.

The Jameses said they are a sponsor and supporter of the center. For the past three years, Lorien James led a ladies snowmobile ride that culminates in a dinner with auction and raffle items bringing in more than $2,000 — all donated to the center.

“We participated in their first companion rescue course on this side of the mountain and we are looking to do some for Wallowa County Search and Rescue. It only does so much good to wear the beacon — if you don’t know how to use it you are screwed,” James said.

Besides its well-maintained and updated website, McNeil said the center offers a 1½-hour avalanche awareness classes for both skiers and snowmobilers. The center also sponsors Level 1 and Level 2 three-day avalanche courses each year in Baker, Union and Wallowa counties.

“We go back and forth between targeting the snowmobile crowd and the ski community,” McNeil said.

Snowstorms dominate the forecast this week for Northeast Oregon and McNeil said January and February are the most active months for avalanches, though they can occur as soon as there is snow in the mountains. He said long periods of high pressure, like the region experienced in December, are not good for snowpack.

“When there are long periods of high pressure the snowpack will stay fairly weak and the surface of the snow starts to deteriorate. Snow on top of a weak load or windblown snow are the perfect ingredients for an avalanche,” McNeil said.

The avalanche center hosts its annual backcountry festival Feb. 7 to 9, starting at Lefty’s in Baker City on Friday evening, Feb. 7, with a ski movie and auction. On Saturday, the Tip Rand Memorial Backcountry Ski Race is at Anthony Lakes Ski Area, followed by free companion rescue and snowpack assessment clinics. Saturday night there is another live auction and music by the band “Bag of Hammers.” Sunday the festival concludes with a day-tour backcountry ski.

With no financial support from the Forest Service, fundraisers in Portland, Seattle and elsewhere around northeast Oregon are crucial to keeping the center open.

“We are running on a pretty small budget,” McNeil said. “Considering what we accomplish in a year, we do quite a lot with a relatively small amount of money.”

Victor McNeil, the Wallowa Avalanche Center director, said an advisory a week is posted each Thursday on the center’s website — www.wallowaavalanchecenter.org — during the months of November and December. In January and February, advisories are posted Thursdays and Sundays. Due to funding, advisories are only posted once a week again in March and April.

Clicking on the “advisories” tab on the center’s website gives the viewer four separate forecasts for the Elkhorns, northern and southern Wallowas and the Blue Mountains between La Grande and Milton-Freewater. A short weather forecast is posted followed by diagrams and descriptions of the particular “avalanche problems” the specific region faces.

The “advisories” tab has two tutorial options. “How to read a forecast” discusses how to read the avalanche advisories and includes a link to a page that diagrams the different types of avalanches. “Avalanche Problem Definitions” links to a video produced by the National Avalanche Center.

The website’s “observations” tab allows skiers and forecasters to quickly upload a report from that day’s ski adventure. These observations are posted by forecasters, “pro observers” and members of the general public. For historic reference, all of the observations are archived and available at the bottom of the page.