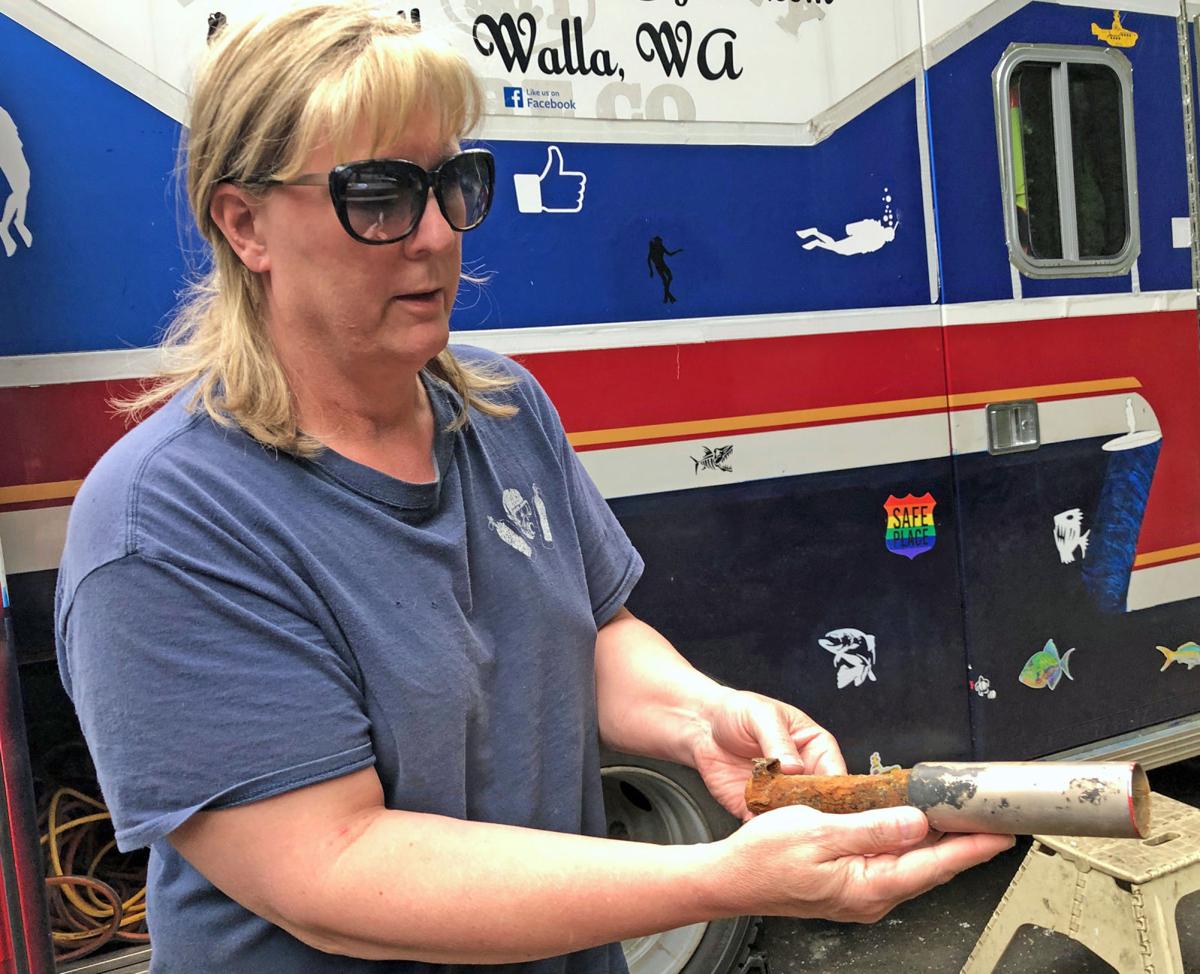 Diver Lisa Anderson holds the WWII-era flare that she found on a recent dive in Wallowa Lake. 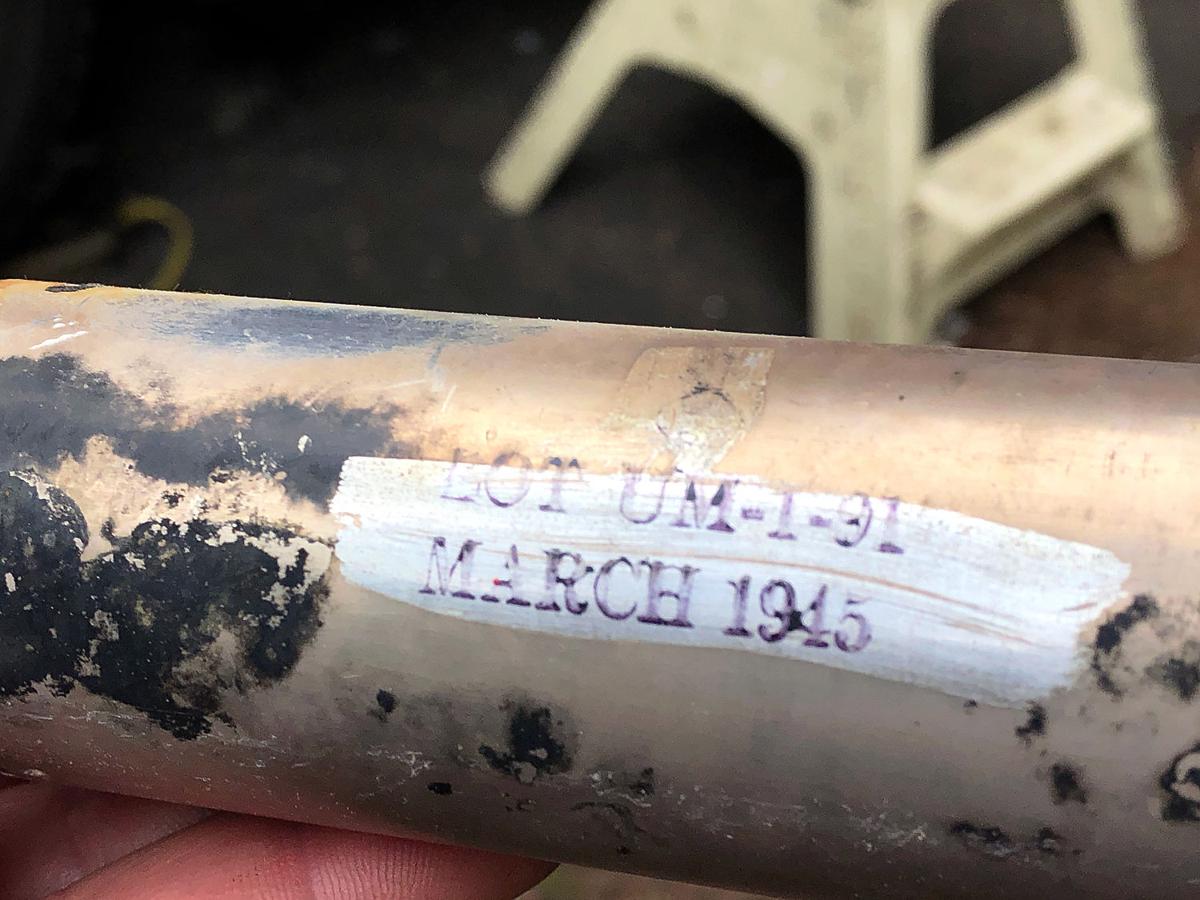 A WWII era flare, found at the bottom of Wallowa Lake's north end, still bears it's date and batch number.

Diver Lisa Anderson holds the WWII-era flare that she found on a recent dive in Wallowa Lake.

A WWII era flare, found at the bottom of Wallowa Lake's north end, still bears it's date and batch number.

What’s on the bottom of Wallowa Lake

What’s on the bottom of Wallowa Lake?

During the past week of intensive sonar, video, and visual inspection of part of Wallowa Lake’s bottom, Wally (our equivalent of the Loch-ness monster) seems to have gone into hiding. But there appears to be a lot more than mud, rocks and barrels on the bottom of Wallowa Lake.

Blue Mountain Divers’ SCUBA teams have been investigating the lake bottom for the past four years. What they, and the EPA dive contractors have found is a bit astonishing.

“There a lot of interesting things down there,” said diver Lisa Anderson, who is also a retired Oregon State Police Senior Trooper. Up in the northeast end of the lake the divers have found what appears to be the remnant of an old lifeguard stand that was toppled into the lake. It may date to the 1920’s when there was a swimming area there rather than closer to the dam. Several large water pipes remain under water on the northwest end, including three that are wooden, and two that have metal bands around the pipe to hole them together. There’s also a two-wheeled horse cart, or what’s left of it, that sits in about 50 feet of water, and the remnants of a horse-drawn plow.

But much of what’s on the lake bottom—at least at dive-able depth--includes old tires, rolled-up remnants of carpet, and some batteries and car parts. “There’s what looks on the ROV’s sonar like an engine block,” said one member of the EPA-contracted Global Divers and Salvage team. “And the ROV video also showed a lawn chair, in not quite a hundred feet of water, just sitting there, upright, waiting for someone to plunk themselves down in it.”

Blue Mountain Divers have also found some disquieting things besides drums that once held herbicide. That includes the pipe bomb that they located just offshore from the County Park on the north end of the lake in 2016. On their most recent trip to Wallowa Lake they discovered a World War II-era flare—or at least its corroded shell, complete with stamped metal label that reads “Hot UM-1-315, 1945.”

But there are also more benign and useful treasures to be found. On Saturday, while diving at the county park, Blue Mountain Divers were quite popular. “We got flagged down by three different people who said they had lost prescription eyeglasses off the dock,” Anderson said. “We were able to get all three!”

After a week of exploration, diving, and retrieval, the potential hazards posed to Wallowa Lake by a barrel labeled “2,4-D or 2,4,5-T” and the…