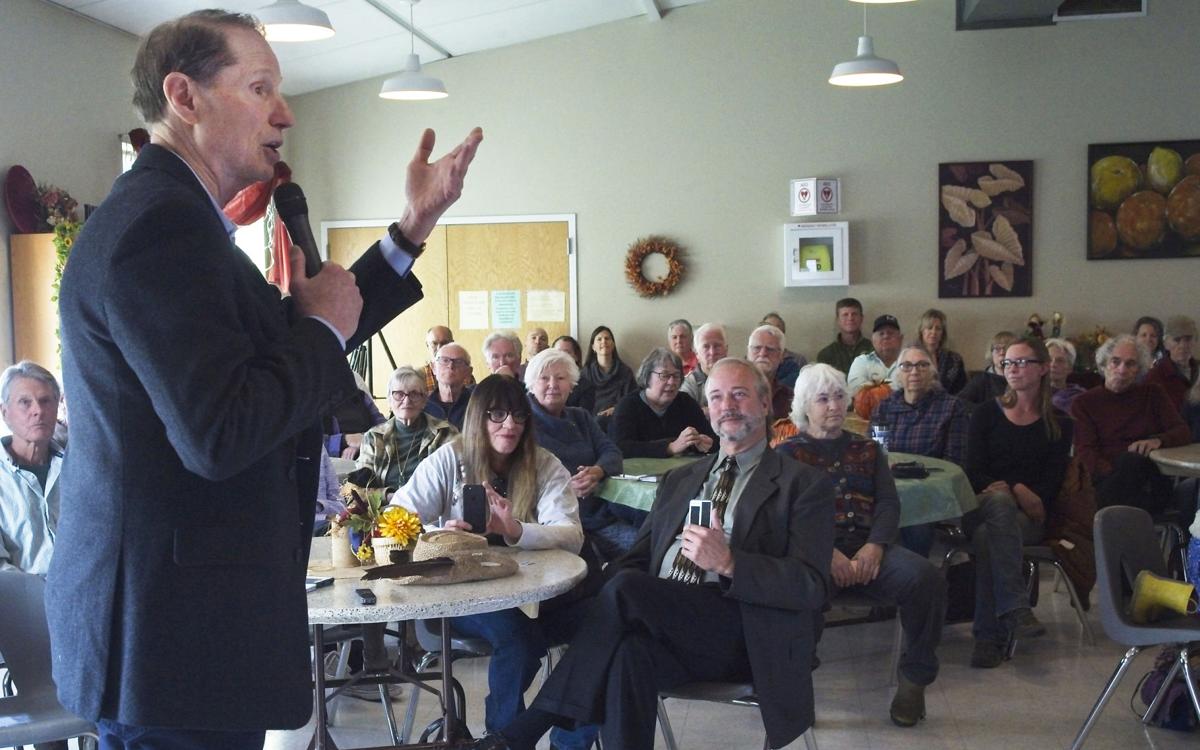 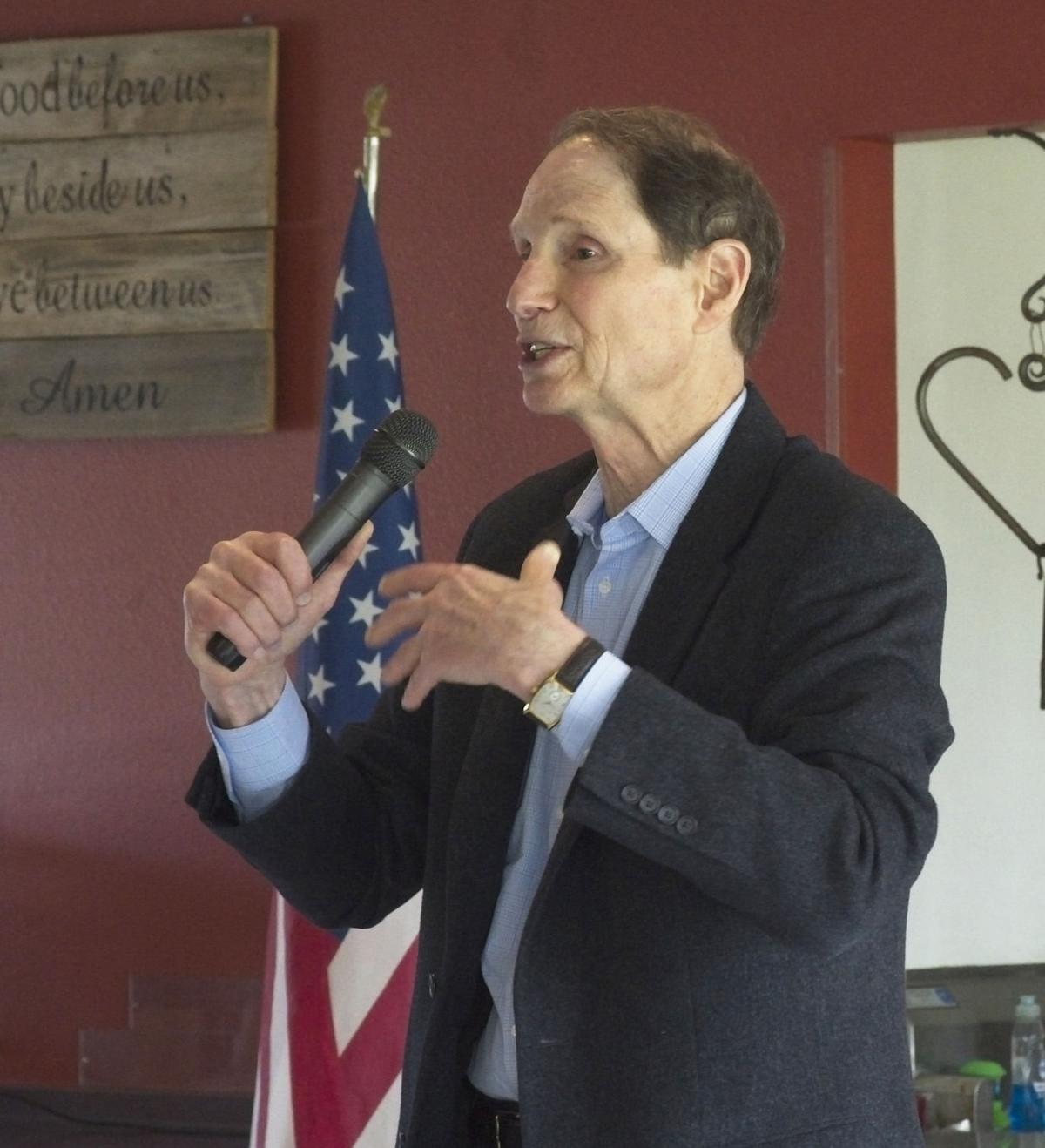 U.S. Senator Ron Wyden pledged continued support for forest management, schools (SRS) and county governments (PILT) and their services at his 954th town hall meeting at Cloverleaf Hall on Saturday, Oct. 12. In a nearly 2-hour question and answer session, Wyden sidestepped direct discussion of politics and focused on addressing audience questions that included natural resources, dams, health care, voter registration and whistle-blowers. About 50 people attended the meeting. Wyden said that he expected his bill a ten-year reauthorization of federal support for rural county governments (Payments in Lieu of Taxes, or PILT) to be passed, along with support for schools. “The PILT program provides rural communities in Oregon and across the country with desperately needed funding to continue the kinds of services communities simply cannot do without,” Wyden said.

“I wish people would give Trump a fair shake,” said Joseph resident, Mike Harvey. “I think our president really tries hard. He seems like a good guy. Let the voters decide rather than letting legislators decide.

“I agree with the president on a number of areas,” Wyden said. “For example, China’s theft of our technology. But I don’t share the view that we can tariff everything and expect our farmers and ranchers to have the certainty in trade that they need. … I have to be careful about conclusionary judgments, because I may be a juror in any trial. In Oregon it’s about finding common ground, and being bipartisan wherever you can.”

Other comments and thoughts included the need to ensure voting rights for everyone, the wish for equality of pay and opportunity for women, and adequate insurance and other support for the costs of Life Flight for everyone.

Commissioner John Hillock asked about stopping clear cutting practices on locally owned timber grounds. Hillock proposed a program similar to Montana’s for conservation bonds through so it could be saved from fragmentation, overharvest, and managed in a sustainable manner. Providing tax credits through county governments to save private lands from clear cutting and from fragmentation, he said. Wyden pledged to look into the opportunity.

“Opinions are never dull in Wallowa County,” Wyden said. He also expressed concern over the need for election and voting security. Nation-wide paper ballots would be a step in the right direction. “I serve on the Senate Intelligence Committee, he said, “and I can tell you today, that there will be foreign interference in our elections in 2020, and not just from Russia. We need cyber audits and security for our voting. If you have a voter machine connected to the Internet, it’s just the same as putting a ballot box in the Kremlin in Moscow. I don’t’ think any part of America will be happy with so these hostile foreign powers being able to do so much to influence an American election.”