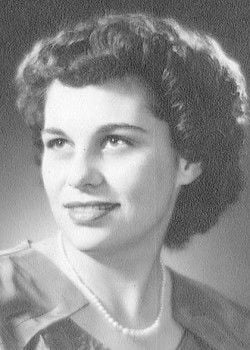 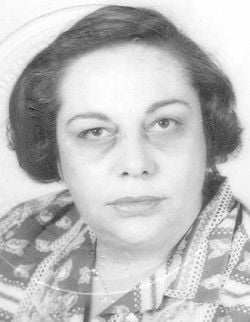 The younger of two children, Mrs. Sasser was born Jan. 28, 1936, near Enterprise, to Edna Byrle Sturm Sasser and Foy A. Sasser. In the fall of 1941, her family moved to New Plymouth, Idaho, where she received her elementary and secondary education. Following her high school graduation, Mrs. Sasser enrolled in Nampa Business College in Nampa, Idaho. She then worked as a legal secretary for attorneys in Boise, Idaho, and Eugene. Mrs. Sasser was only 20 years old when she went from New Plymouth, Idaho, to Washington, D.C. to work for U.S. Senator Frank Church. Her mentor was Verda Barnes, Senator Church's legendary administrative assistant. Senator Church's widow, Bethine praised Mrs. Sasser's work, noting that the "Verda and Myrna" team "ran like clockwork."

In the 1960s, Myrna was an active member of the Young Democrats of America and served as the YD's National Committeewoman from Idaho. In this capacity, she met with President John F. Kennedy in the Rose Garden and played a key role in President Lyndon Johnson's 1964 inaugural. She also made many friends throughout the country, some of which remained friends for life.

A member of Senator Church's staff throughout his tenure in the Senate, Mrs. Sasser held many positions in the senator's office. She was, perhaps, most widely recognized as an expert at helping Idahoans with their individual problems with the federal government. From 1978 until 1980, she served as Senator Church's administrative assistant, supervising one of the most respected offices on Capitol Hill.

Throughout much of the 1980s and early 1990s, she worked as executive secretary for the Idaho State Democratic Party, where she continued her efforts to elect men and women of principle and ability to public office. Until days before her death, Democratic candidates, knowing of her great knowledge of Idaho politics, continued to seek her counsel.

From 1991-94, Myrna served as the chief caseworker in Larry LaRocco's Congressional office. She was described by Governor Cecil D. Andrus as "an icon of Idaho politics,"

Mrs. Sasser was preceded in death by her parents.

She is survived by her brother, Norman Duane Sasser of Winston; her niece Karleen and Patrick Sasser Aichele; her great nieces Madison Aichele and McKenna Aichele, all of Portland; many cousins and numerous friends.

Mrs. Sasser requested that there be no ceremony upon her death. Burial will be at the Enterprise Cemetery in Enterprise at a later date.

Because she died of cancer, the family suggests that, in lieu of flowers, those wishing to make a contribution in her memory may give to the American Cancer Society, 2676 S. Vista, Boise, Idaho 83705.

Add an entry as

Add an entry
Watch the guestbook. Stop watching this guestbook.

Funeral homes often submit obituaries as a service to the families they are assisting. However, we will be happy to accept obituaries from family members pending proper verification of the death.