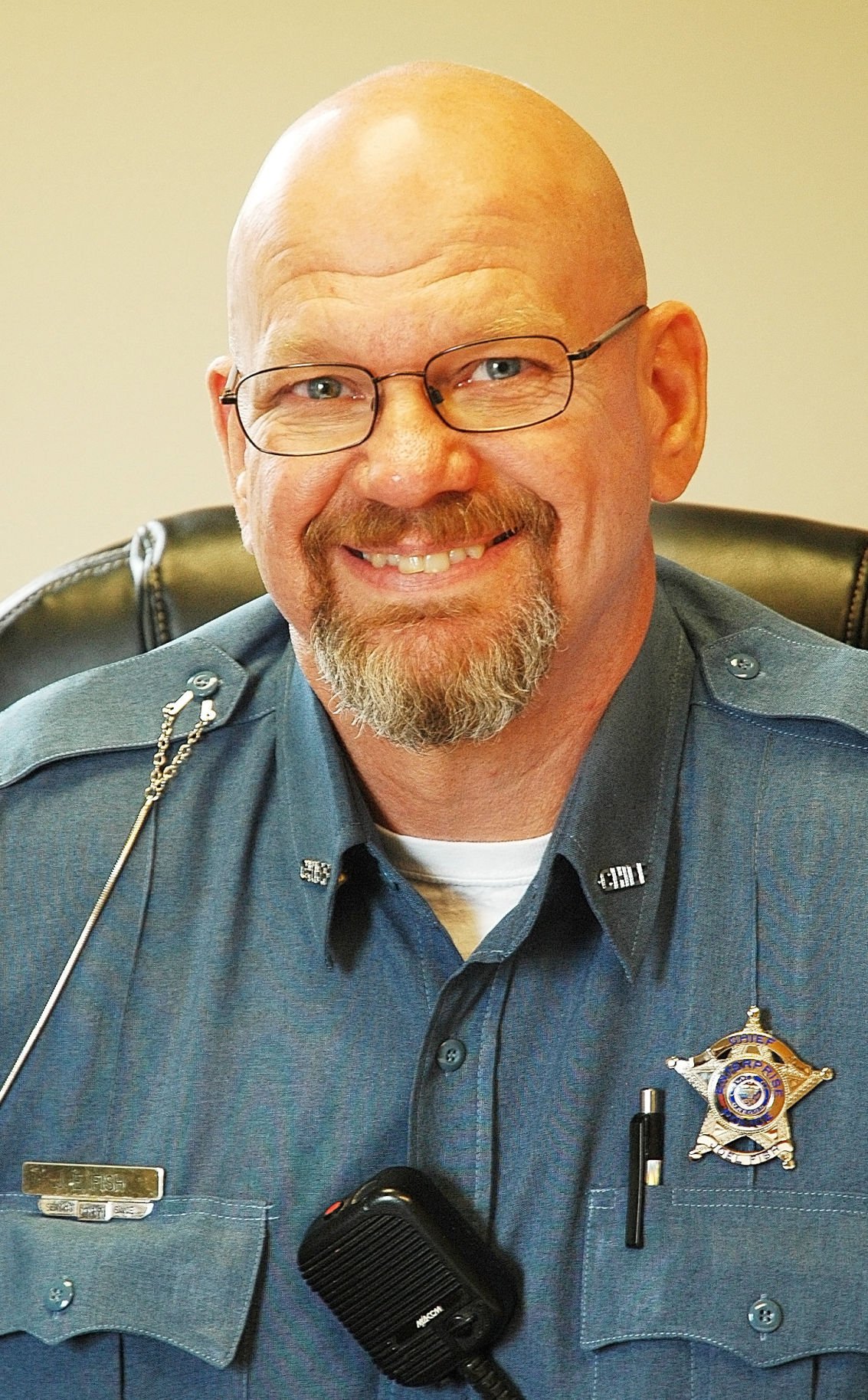 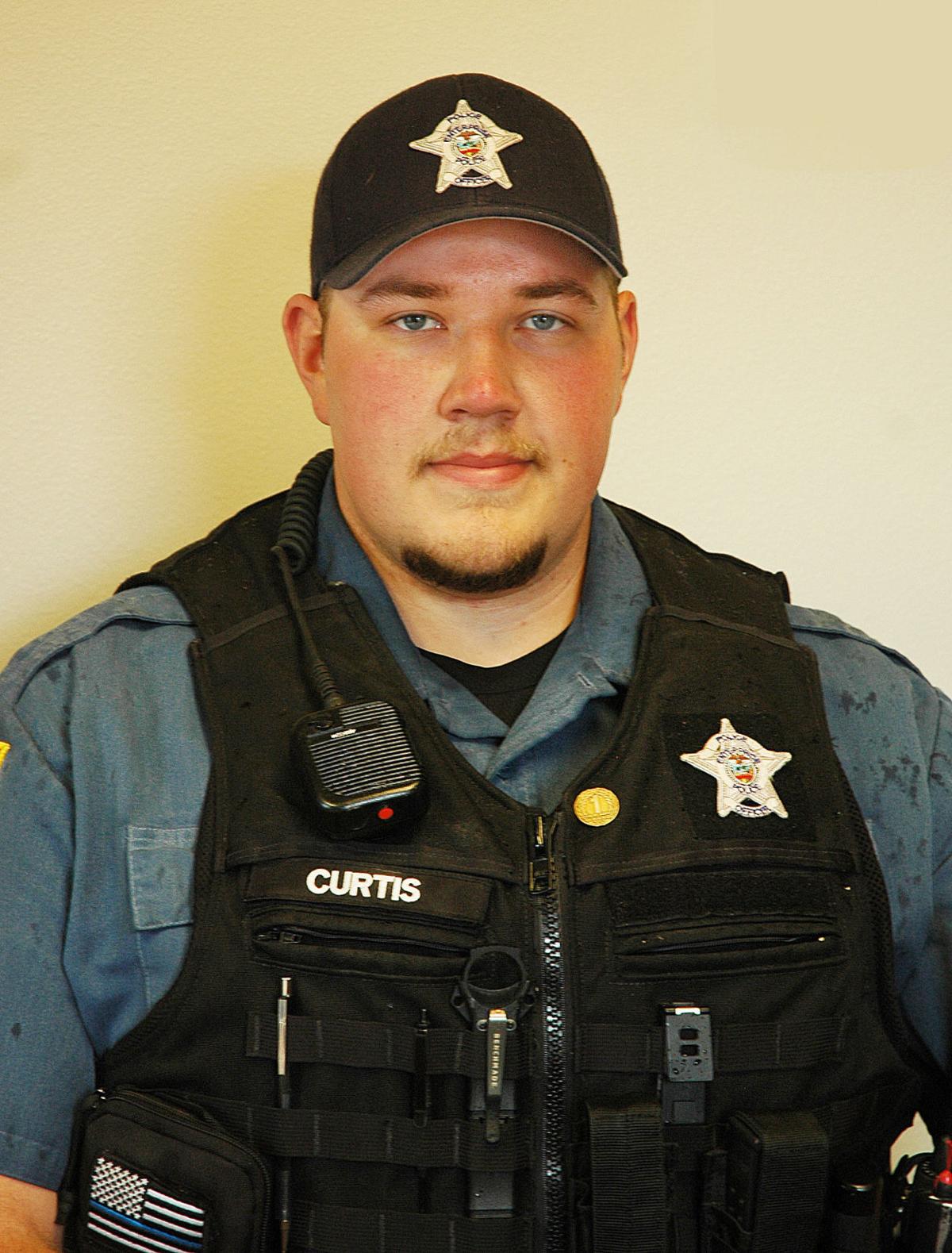 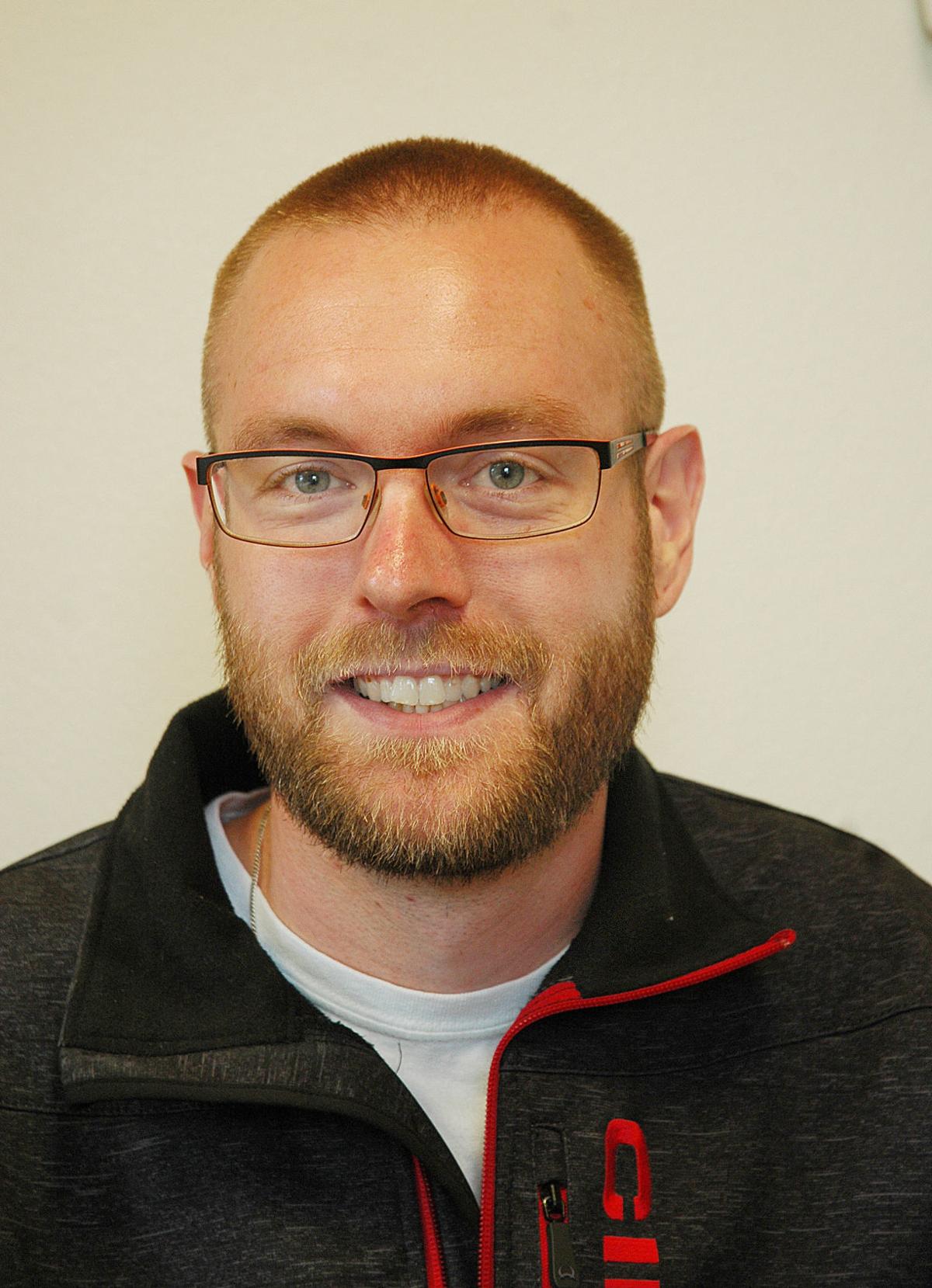 Enterprise Police Chief Joel Fish says he is feeling right at home after a year in his position.

Fish, his wife of 27 years Catherine, and son Joe, 11, have been made to feel right at home.

“I love it here,” he said. “My son commented last week that he thought it was good for him that we moved here.”

Fish arrived in Enterprise from Hickory, N.C., where he served as captain in variety of positions in the Catawba County Sheriff Office — captain of investigations, patrol captain and captain of communications, in addition to overseeing school resources officers for 26 schools and overseeing the crime-prevention program.

But although he had full confidence in his own ability to handle whatever came up, he knew the department had challenges. A number of those were handled before he got to town.

Officer George Kohlhepp went to work making sure officers had department-owned firearms and revamping the handling of evidence as recommended by the police chiefs who had assisted in reviewing the department.

Bringing his forces up to full strength and making a cohesive team were still top of the list for Fish.

“I wasn’t exactly sure what I was going to find ... the department had been through some problems,” Fish recalled. “But I basically jumped in with them and things have worked out over the year.”

There was never a problem with personalities or issues interfacing with the public, Fish said.

“We’ve had no issues whatsoever. Everybody does real well with people skills,” he said. “George Kohlhepp knows absolutely everybody in the county, (new officer) Jacob Curtis graduated from high school here, and I think he’ll do well; Jed (former State Trooper Jed Stone) is a very seasoned officer and of course his daddy was chief here as well, and I’ve been very well received here.”

Fish was able to build his force almost immediately, adding Stone and this month welcoming Curtis.

Now he hopes to swear in a new reserve officer. Corp. Cody Billman has been with the Union County Sheriff’s Department for nearly five years and works at Union County Correctional Facility.

Billman has already been through reserve academy and will be able to start working with officers as soon as the paperwork is completed.

It’s the responsibility of local police departments to see that their reserve officers get proper training. So, Fish is preparing a program and hopes to send his reserves to the Baker County Reserve Academy for key training and polishing them in his own program back home.

“I want to get the reserve commitment up and get us at least three or four good reserves,” Fish said.

There’s been one bump in the road: He’s losing Stone, who is moving to Hawaii.

“I’ve spoken to the city council about hiring someone prior to Jed’s leaving and starting the new candidate in training so we won’t be without an officer so long,” Fish said. “This is the first time we’ve been fully staffed in quite a while.”

Full staffing also means full training. In the past it wasn’t possible to send men away to update their training because it would leave the department critically understaffed.

Training is vital because Fish has discovered that the county has “a little bit bigger drug problem than I thought when I came,” he said. “I want to keep working on that. I believe we’ve made good headway with it, but I want to stay on top of it and not let it get out of hand, because drugs are connected to absolutely every other crime that you have.”

The street crime unit, consisting of probation and parole officers, sheriff’s office personnel and Enterprise Police Department has made inroads in clearing out meth dealers in the county, he said.

“We had to borrow some equipment to do that, and I want to purchase some of our own so we can continue on our own,” Fish said. “I think I’ve seen a change in the last couple months because of all our efforts. Jed and George have really spearheaded that through the street crimes unit with the sheriff’s office, and I think they’re doing a fantastic job. The officers make me look good.”

The public makes the department look good when they help out by keeping their eyes open, he said.

“Drug information helps us,” Fish said. “We don’t know absolutely everything. We have to stay on top the meth problem. There’s a little bit of heroin here, too. I’ve encountered several individuals who inject heroin.”

Fish likes to remind citizens that we can be both “on the job,” and remember we live in a beautiful county. One way he does that is through his EPD Facebook presence.

“I try to take photos in different parts of town so that people know I’m in various parts at different times each day,” he said. “Plus, I want people to remember what a beautiful place we have. I’m trying to keep more positive things on Facebook –– not a lot of negative crime stories. I want to promote positivity.”

And there is plenty to be positive about, he said.

“All my friends in North Carolina seem to be jealous. I keep inviting them out to visit our county,” he said.