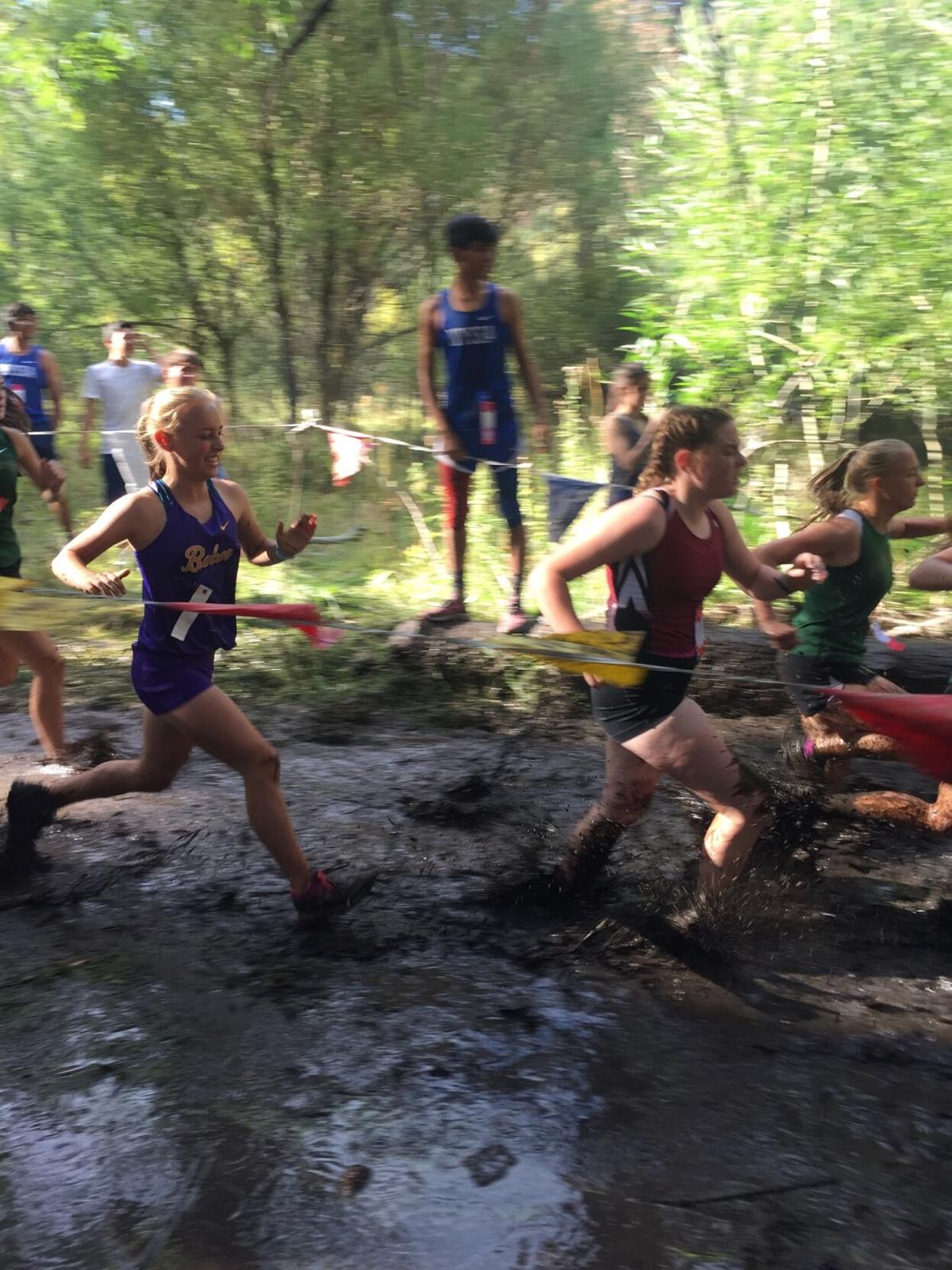 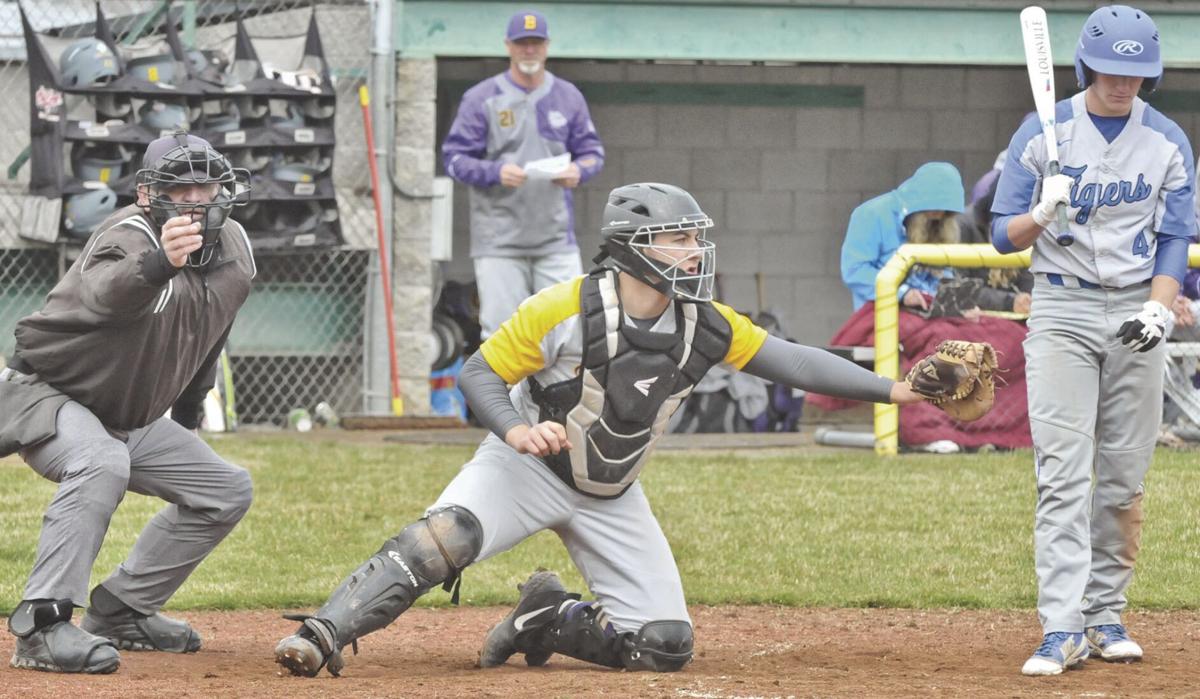 Mason Van Arsdall in action behind the plate in a 2019 baseball game against La Grande.

Mason Van Arsdall in action behind the plate in a 2019 baseball game against La Grande.

For high school athletes in Oregon, everything changed the week of March 11.

When schools announced that due to the COVID-19 pandemic students wouldn’t return to their classrooms, athletes had to come to terms with the reality that there would be no spring sports season.

“It was really hard, you never really think something like that was going to happen,” said Sydney Lamb, 16, a junior distance runner who competes in track and cross-country at Baker High School in Baker City.

Sydney’s classmate, Mason Van Arsdall, was ready for his junior year as Baker’s baseball catcher when he learned that the Bulldogs wouldn’t be making their traditional spring break trip to the Bob Pride Classic tournament in Phoenix, Arizona.

“It was tough knowing that we were not getting to go to Arizona, it’s a huge opportunity especially if you are a good baseball player if you do well,” Mason said. “There’s a lot of huge schools that play there and a lot of scouts there, it’s just a huge missed opportunity for a lot of kids in our grades.”

But missing out on vacation trips and competitions wasn’t the only difficult transition for students as they adjusted to the pandemic.

Mason said it was odd to spend so much time at home rather than in the classroom and on the baseball diamond.

“It was very weird going from being active, having basketball practice at 5 a.m. in the morning, going to school then going to baseball practice at night, then all of a sudden you’re just stuck at home,” Mason said.

Mason’s father, Jef Van Arsdall, an assistant baseball coach, said he was proud to see his son and his friends take the initiative to remain in shape when there was still a chance that sports could resume.

That hope was dashed in April when the remainder of the spring athletic season was canceled.

“He’s a pretty mature young man, we all looked at it the same way, we all didn’t know how it was going to last,” Jef said. “Mason and a couple of his buddies started hitting the YMCA at 5:30 in the morning, as a parent you keep telling them to look towards the future and hopefully we will get something in.”

Sydney said she struggled to keep up her training after her sophomore track season was canceled.

“It was really hard, like not being able to go to the gym or the pool,” she said. “It was kind of hard because I would try to do different workouts, and I don’t want to get injured so I don’t want to run too much. I tried to find a new balance which is really hard to do without your team and coaches.”

Sydney’s mother, Katie Lamb, who is also a director on the Baker School Board, said she was pleased with how her daughter dealt with an unprecedented and unexpected, situation.

Staying healthyWith their normal physical activities curtailed, athletes faced the challenge of avoiding temptation when it came to food.

Sydney said she had fun trying new, healthy recipes with her younger sister, Ellie, who is a freshman at Baker High, and doing the cooking. They tried Glow Bowls — vegan-based bowls of various foods.

“We were all together as a family, we were able to try new recipes, and my little sister has really gotten interested in making different funky recipes, and it’s kind of been a cool thing actually,” Sydney said.

Although Mason said he succumbed to the lure of junk food early in the pandemic, he credits his baseball coaches for giving him a nutrition and weightlifting program to get him back on track.

“We (my friends and I) needed someone else to give us a little kickstart to get going, we had zero motivation,” Mason said.

He said one unexpected benefit of the pandemic was that it offered a different way to get to know his teammates.

“Our camaraderie has gotten a lot better, just cause even though we aren’t playing sports, a lot of people that we only see when we are at practice, but now with our regular schedule we see each other a lot more now,” he said. “We’ve spent a lot of time away from the field together, and I think it’s brought us together way more than a regular season would.”

Sydney was grateful that she could stay in contact with her teammates through social media.

“Our cross-country team has a group chat, a couple of different group chats for the girls’ team and the whole team,” Sydney said. “We can do socially distant runs and stuff like that to stay connected.”

Although sports play a major role for both Sydney and Mason, the pandemic, and its potential effects, go well beyond the field and the court.

Mason, who is a senior, wonders whether his graduating class will be able to walk across the grass at Baker Bulldog Memorial Stadium to receive their diplomas in June.

The BHS Class of 2020 had to forego that tradition. They rode in a vehicle parade and were handed their diplomas through the window.

“I hope we don’t get to miss out on that, but our seniors didn’t get to do the traditional walk, and I really hope we get to,” Mason said. “That’s what we are all working towards.”

Sydney also is apprehensive about the future — especially when new cases surged both in Baker County and statewide in November.

“Part of it is just not knowing what’s next, when I am going to get to go run with my friends?” she said. “When is the gym going to open? When are we going to go back to school? I have a hard time not being in control of situations.”

Although Baker High School students returned to in-person classes for one day per week in early November, they’re still spending most of their learning time in front of a computer.

Lamb said she’s happy to see Sydney and many of her classmates remaining physically active even with their regular sports seasons on hold.

Mason’s father, Jef, said that although he encourages Mason to focus on academics, he also hopes his son will have the opportunity to play baseball in college.

“If he’s fortunate enough to get to go play baseball, that would sure be neat and fun for him to do as well, but if he goes to school to prepare for the rest of his life that’s the end goal,” Van Arsdall said.

Both Mason and Sydney remain optimistic that 2021 will bring a respite to the restrictions they’ve lived with for most of 2020.

The Oregon School Activities Association has scheduled shortened seasons for fall, winter and spring sports during 2021, but that, like so much else, depends on the pandemic.

“There is hopefully going to be a finish line for this whole pandemic, and that all this hard work that we’ve been putting in during the quarantine that it will eventually pay off,” Mason said.

“It is definitely going to be different and hard just not knowing,” Sydney said. “I really think I am just going to have to stay focused with school, and just stay really focused on the spring.”