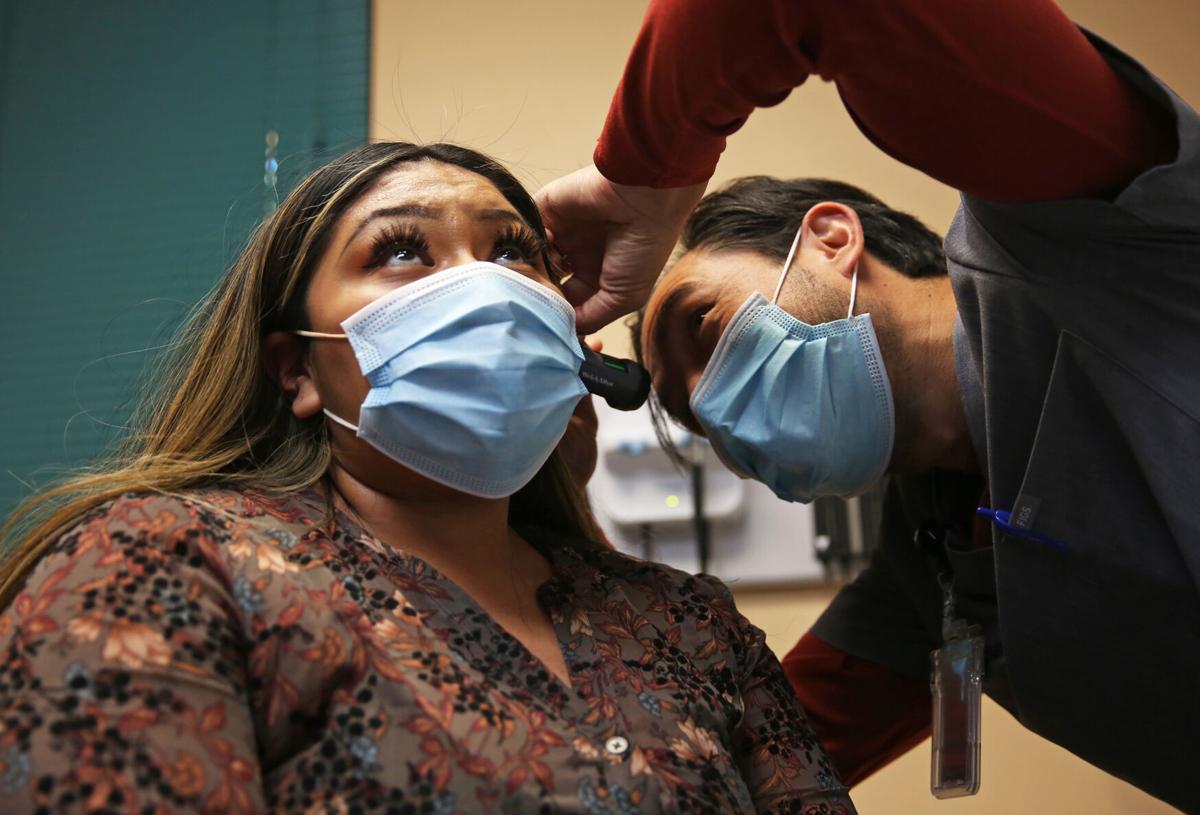 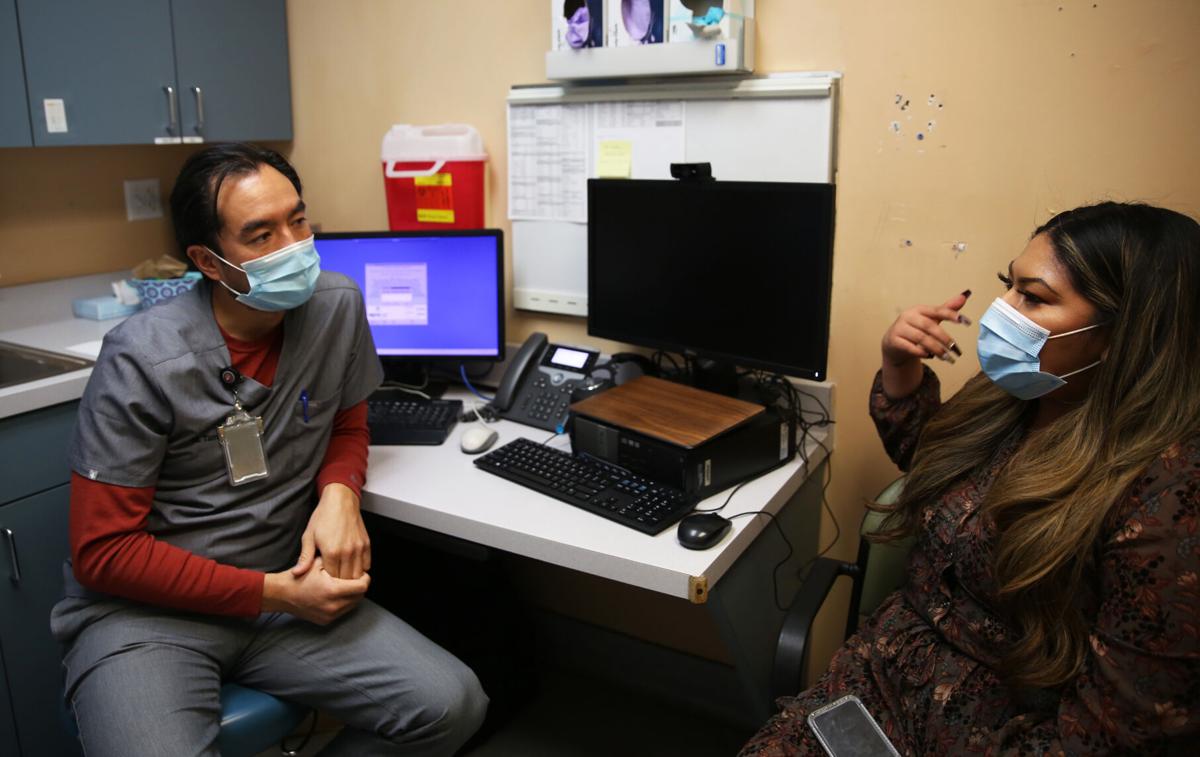 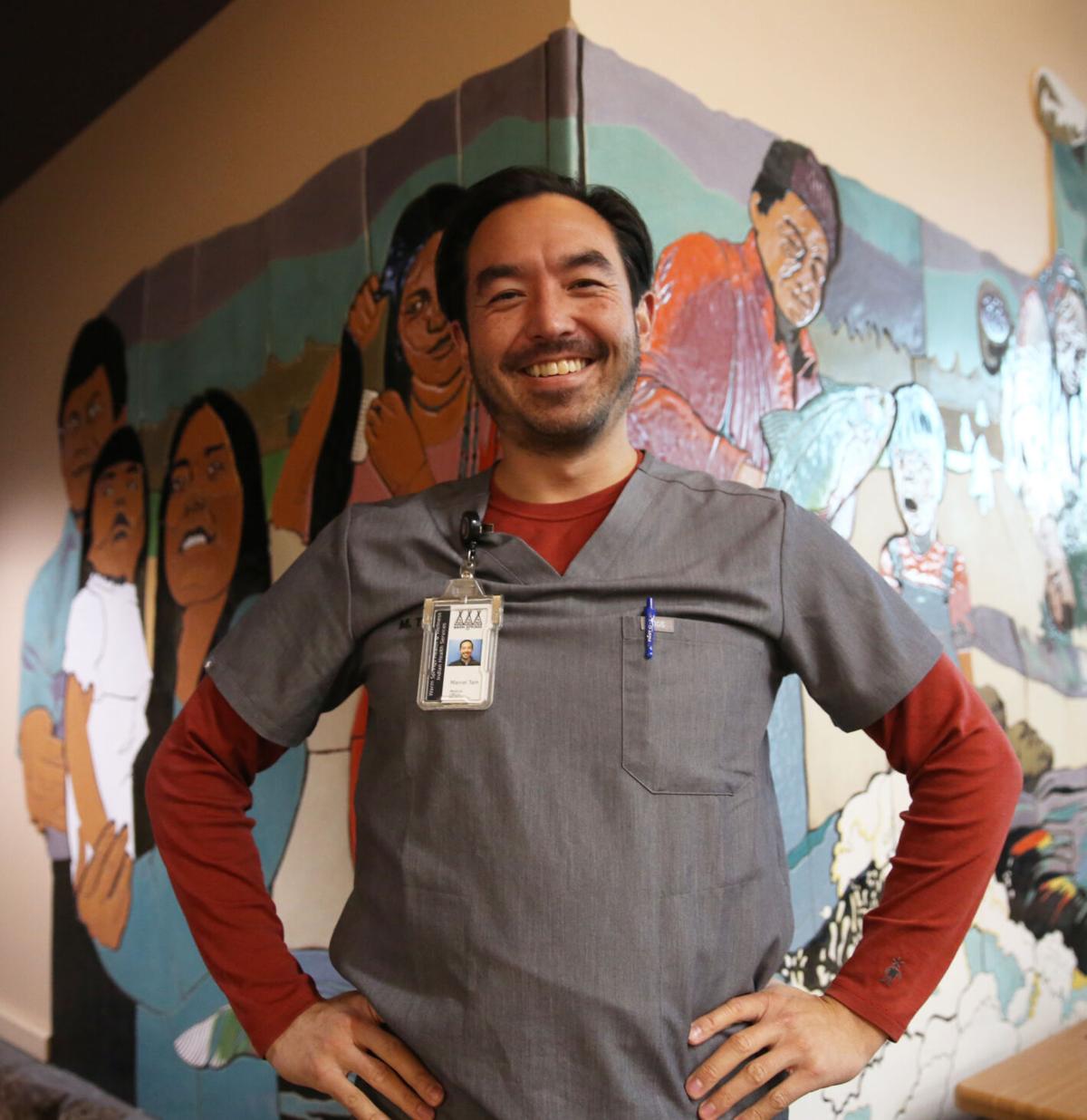 Dr. Marcel Tam in the lobby of the Warm Springs Indian Health Center. 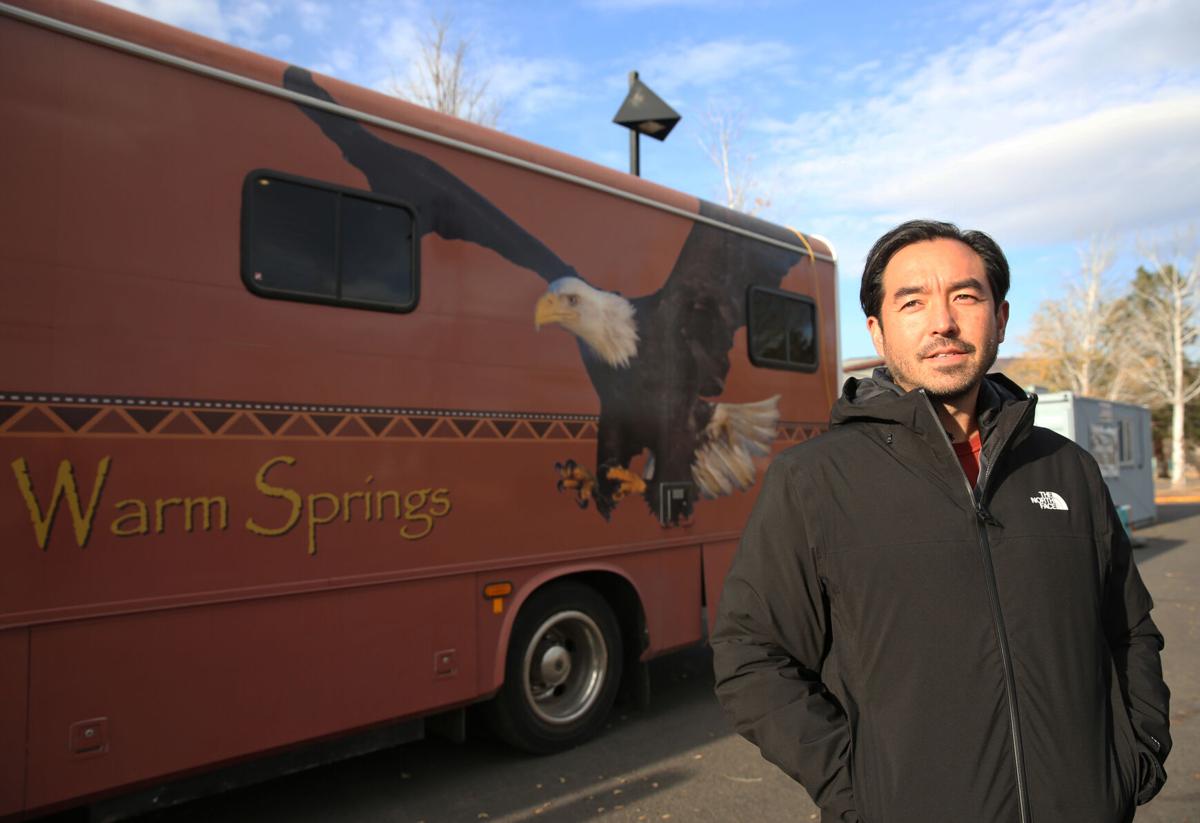 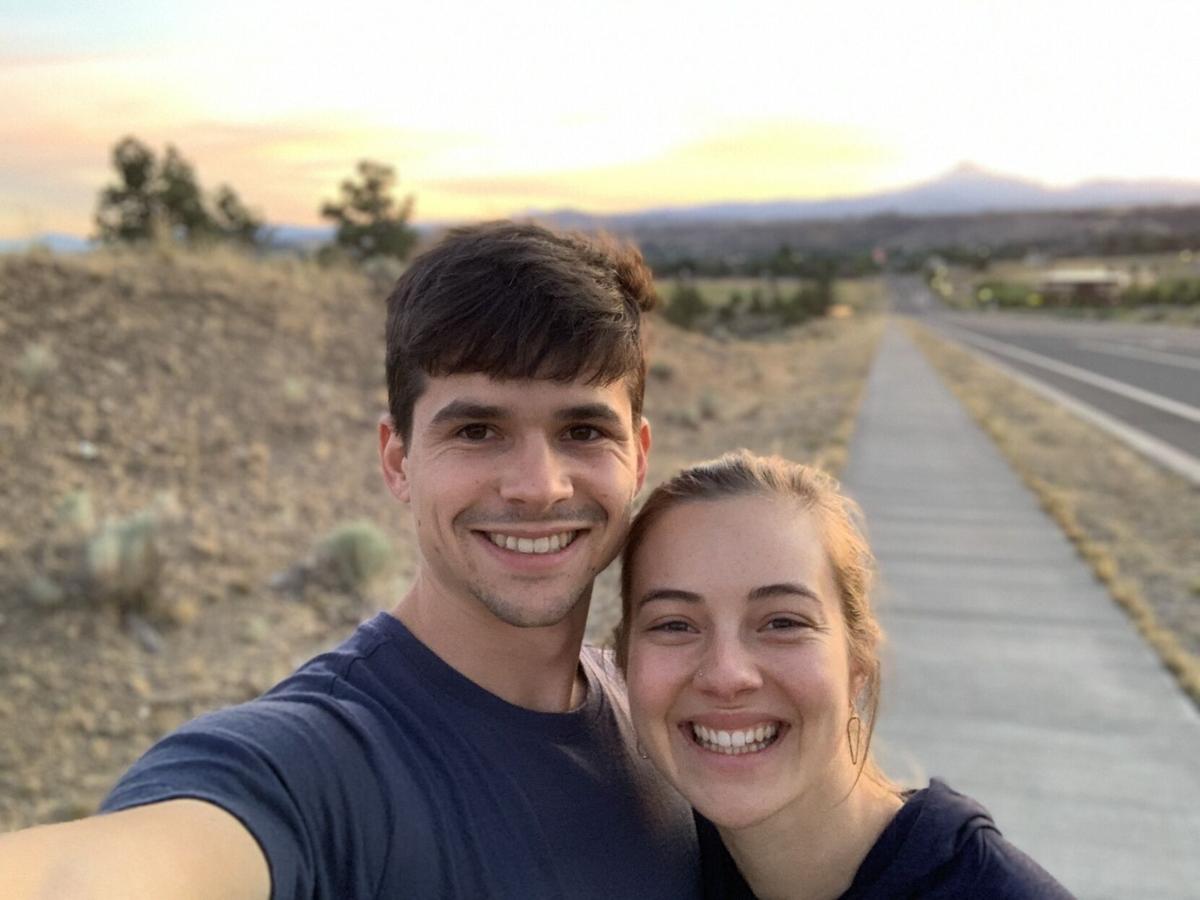 Heidi VanCampen and her husband Jake VanCampen are in Madras next to Juniper Hills Park while she worked on a six week rotation at St. Charles Madras as part of her education at Oregon Science & Health University. 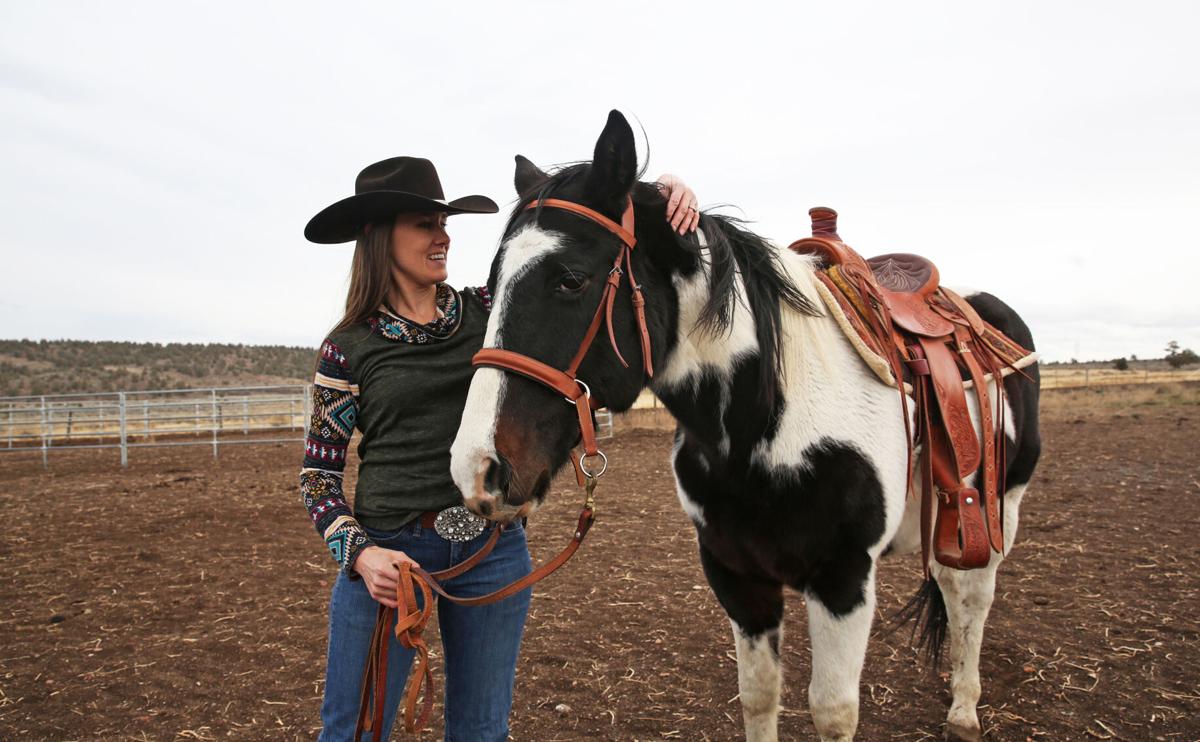 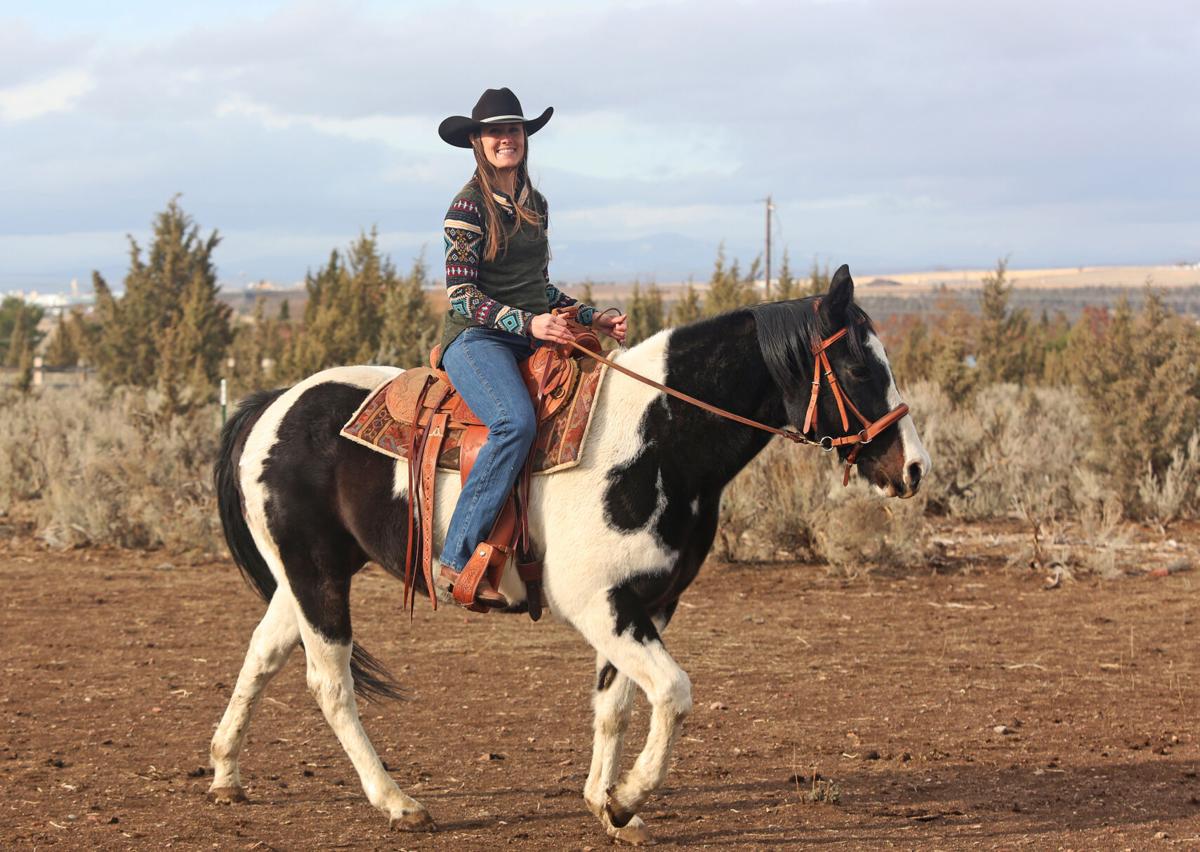 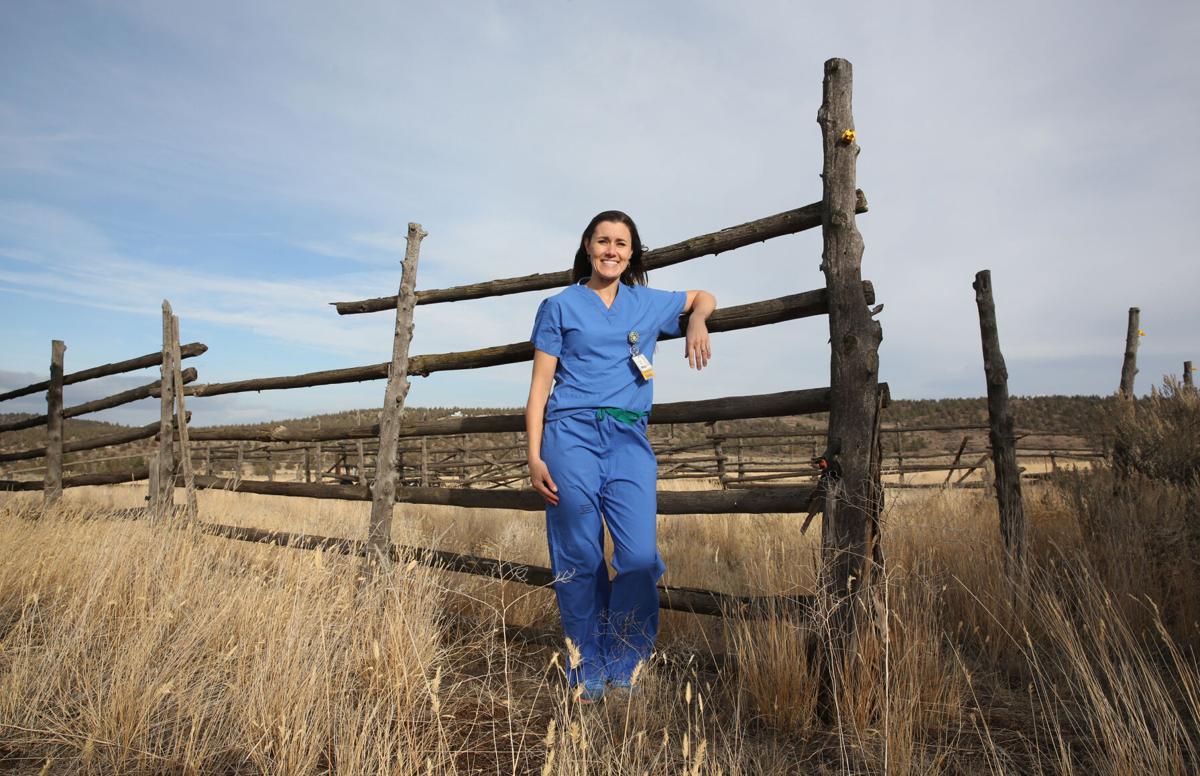 Dr. Jinnell Lewis on her 13 acre ranch in Madras.

Dr. Marcel Tam in the lobby of the Warm Springs Indian Health Center.

Heidi VanCampen and her husband Jake VanCampen are in Madras next to Juniper Hills Park while she worked on a six week rotation at St. Charles Madras as part of her education at Oregon Science & Health University.

Dr. Jinnell Lewis on her 13 acre ranch in Madras.

In these two places he’s found his place, caring for tribal members who would otherwise have to drive long distances to access health care. Tam is among those doctors who studied in rural communities and found that he was suited for it. He embraces the variety of health issues and relationship-building needed to earn trust and respect.

“Context is really important and trust is something you have to work on,” said Tam, 39. “I see my patients for who they really are. I look at the whole person.

Caring for patients in the tribal communities he serves is natural to him, Tam said. He feels like he’s home, back to his roots of watching his godfather, who was a family doctor in rural Yakima, Washington. While a resident at Oregon Health & Science University, Tam was encouraged to study outside of urban Oregon. Eight weeks in Enterprise taught him how to be adaptable in a clinic setting. While he was in Ontario, he learned surgical techniques.

He appreciated the deep sense of community at both places.

“I can be more of a doctor in these rural settings,” Tam said. “I love the sense of community working in rural parts of Oregon, especially on the reservation.

“There’s a family connection and you learn a back story, which allows me to get a better sense of who someone is and allows me to be a better doctor.”

To meet this shortage, St. Charles Health System and Oregon Health & Science University have teamed up to create a new residency program for primary care physicians in Central Oregon. The first class of students, hopefully eight, will be residents for three years primarily at St. Charles Madras.

It’s been a goal of the health center that has taken five years to put in place, said Dr. Robert Ross, director of provider academics research and clinical service at St. Charles Health System and a clinical associate professor of family medicine at OHSU.

The hospital had been wanting a residency program, but had no clear pathway for funding, Ross said. Across the nation, the number of residency programs available for medical school graduates has not kept pace with student populations — a dilemma that threatens to exacerbate the nation’s physician shortage. Two decades ago Congress imposed a cap on federal support for graduate medical education through the Medicare program, which essentially froze the number of residencies at 1996 levels.

After receiving accreditation, the program could welcome its first residents as early as July 2024. The program’s first year, known as an internship, would be based out of OHSU’s Portland campus. The program’s subsequent years would bring residents to St. Charles Madras. Many of the program’s details are still being decided, including the number of residents involved.

The program will build on OHSU’s long-established rural medical education program. Every OHSU medical student completes at least one month of training in a rural setting, including in the Central Oregon communities of Warm Springs, Madras, Redmond, Prineville and Sisters, according to St. Charles. During OHSU’s last academic year, 42 medical students had clinical rotations with Central Oregon physicians, many of whom are associated with St. Charles Health System. Portland-based OHSU residents have also had rotations in Bend and Warm Springs.

One of those students was Heidi VanCampen, 25, a third-year medical student at OHSU. She spent six weeks in Madras doing a double rotation. It was a good experience, VanCampen said. She was in an out-patient clinic and at the St. Charles Madras hospital where she attended for births as well as every-day appointments.

“It was my first rotation, and I was very nervous,” VanCampen said. “The community there was incredibly welcoming.

“I have used what I’ve learned in Madras in every rotation since. I got to see a huge variety of medical practices.”

One of the most important takeaways, VanCampen said, was watching the interaction between the medical providers and the patients of the Warm Springs Indian Reservation. The medical providers all knew their patients well and understood the cultural and societal contexts of the patients. They often asked their patients, during months of water boil orders due to multiple breakdowns in the water system, how they were coping, and how they got their water.

“Those are relevant questions to their health,” VanCampen said. “And knowledge of those events help guide your decision making with your patients. You understand their values and can prioritize their health and help them make hard medical decisions. That’s a benefit of rural communities.”

While VanCampen hasn’t selected a specialty, she is considering working in rural communities because of her experiences. A life-long Portland resident, VanCampen had never been to Madras before her rotation.

Dr. Jinnell Lewis, a 37-year-old family practitioner at Madras Family Care Clinic in Madras, said she doesn’t miss a thing about being in a big city. She’s from Bellingham, Washington. After six years at the clinic, Lewis has recruited others to work with her in Madras.

“I don’t miss city life,” Lewis said. “I love living where it’s quieter. If we want a city, we go to Bend. I love it that everyone knows me and my children and they recognize me in the store.”

While she’s often on call at the hospital in Madras, and sometimes works for 24 hours at a stretch, Lewis said she wouldn’t change anything about her choice to be at the Madras clinic. She realized during a medical school rotation in Burns, Madras and Silverton that she wanted to be a family doctor in a small town.

“You get a more personalized experience and you get to know more about the patient as a person,” Lewis said. “You get to know the whole family and that’s an added advantage, so you can address things that affect their health.”

A program like the one established in Central Oregon could be the bridge to bringing doctors to underserved rural communities in Eastern Oregon, Skariah said.

“It elevates a supply of physicians to an area of need,” he said. “It creates a ripple effect by providing an opportunity to elevate a level of care that happens in the community because it attracts other physicians and providers.”

For Tam, being in a rural community, he’s developed a depth of responsibility and accountability that was vastly different than any other experiences he had practicing in a large city. It’s a process to make these connections and doesn’t happen quickly, but still is rewarding, he said.

Looking back on his time rotating through Ontario and Enterprise he realized that there was a deeply rooted connection to the land, Tam said.

“Many people were skeptical of people from the big city, like Portland,” Tam said. “It was sometimes hard for people to open up and be vulnerable with me as an outsider. However, when someone decided to be vulnerable with me, their hospitality ran deep and they introduced me to their family’s life as well.”