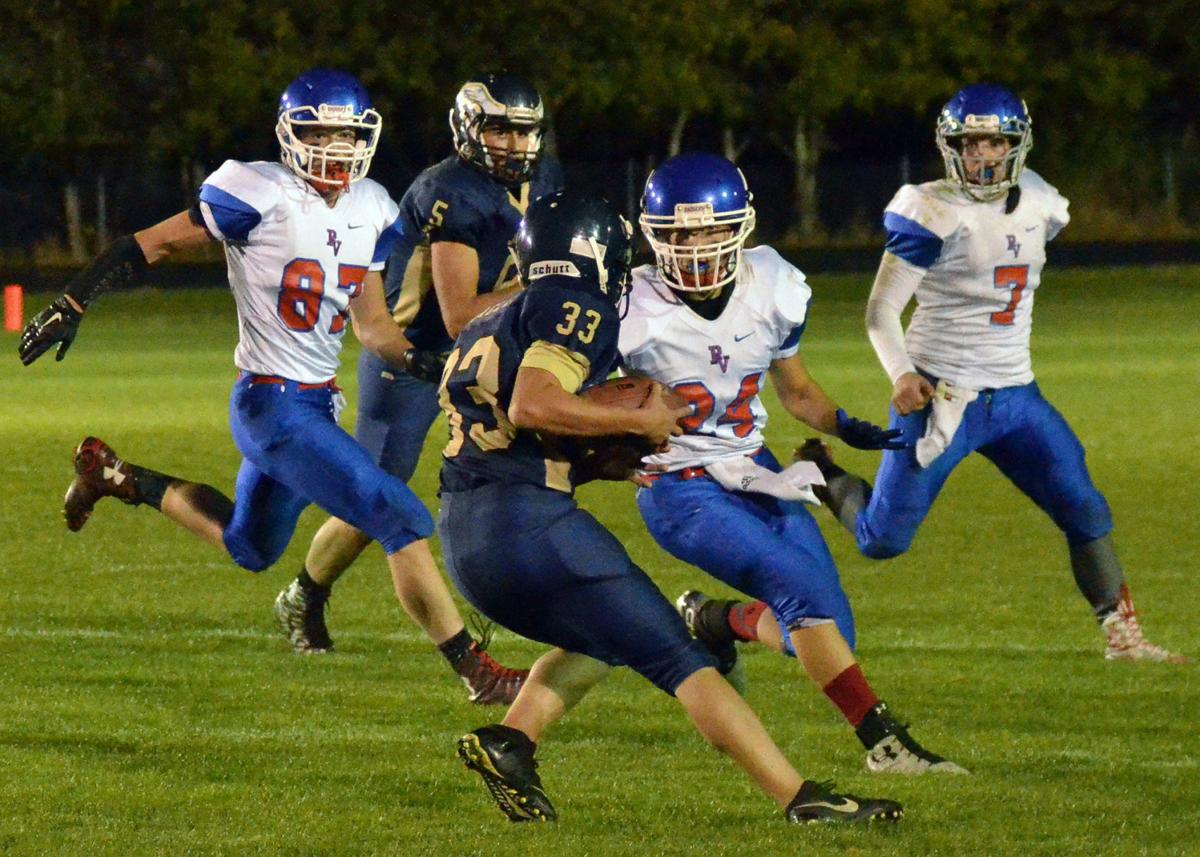 Logan Welch (33) looks for a running lane as the Powder Valley defense closes in Friday. 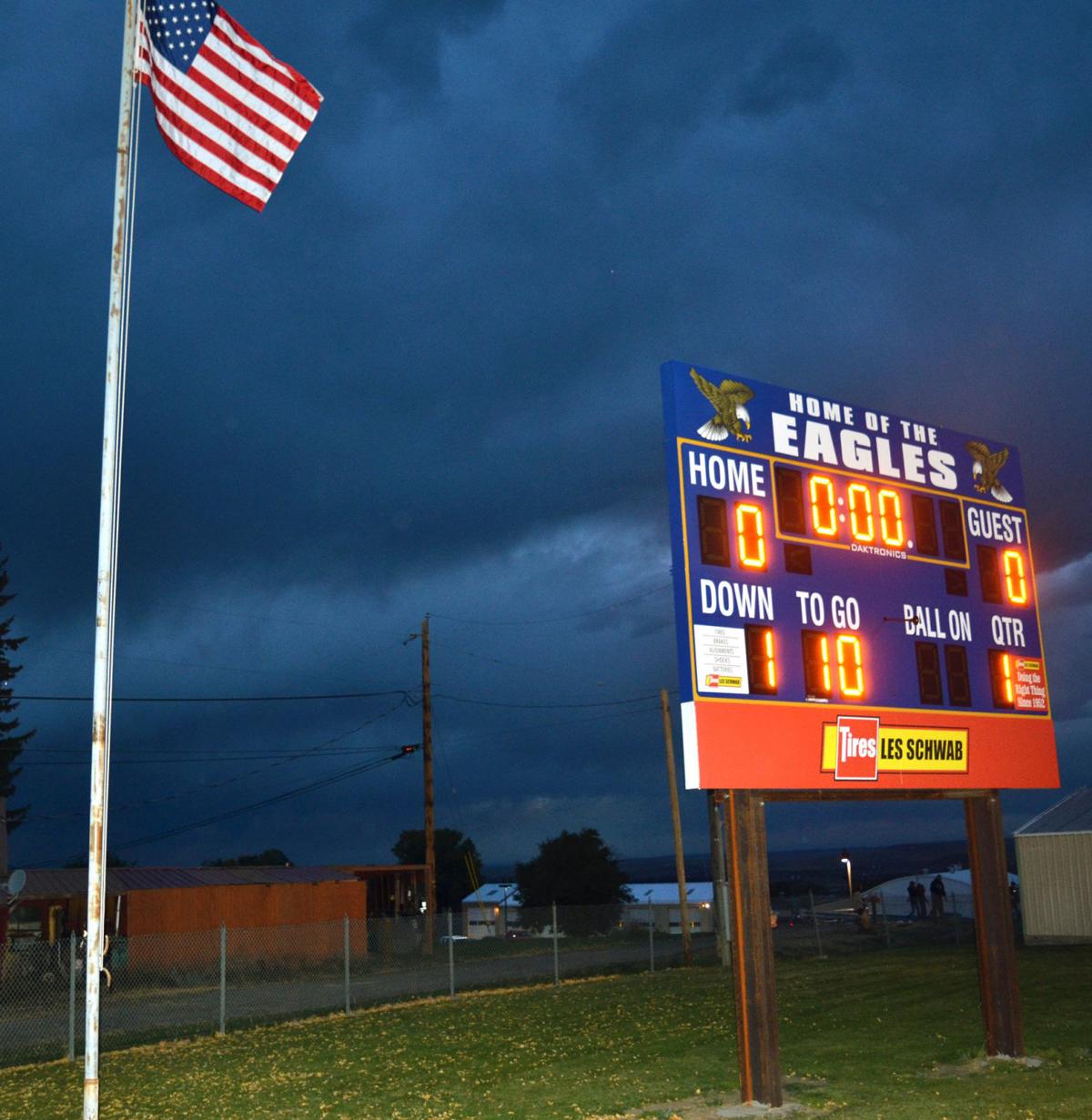 Logan Welch (33) looks for a running lane as the Powder Valley defense closes in Friday.

One week after enjoying sweet victory in Wallowa, the Joseph Eagles tasted bitter defeat at home Friday night in a crushing 64-6 loss to Powder Valley.

But it was all Powder from there.

The Badgers offense showed a good mix of run and pass and scored on their next five possessions en route to a 52-6 halftime lead.

Powder Valley had an answer for the Eagles speedy rushing attack, filling gaps and containing the outside for most of the night.

Powder’s a good, hard-hitting, physical team that can throw the ball,” Joseph coach Toby Koehn said. “They can run the ball just as well. And our kids seemed pretty flat. Even from the first couple of plays they weren’t filling gaps and playing the way I expected them to play.”

The Eagles were without junior Caeven Murray, who suffered a broken arm against Wallowa. Koehn said he hopes a cast will be sufficient to get Murray back on the field soon.

“That hurt us, obviously, in our pass defense,” Koehn said. “And he’s just a good, physical kid. But (his absence) wasn’t the deciding factor.”

The Eagles host Cove on Friday and Echo on Oct. 14 before wrapping up league play at Pine Eagle on Oct. 21.

“We’re still in playoff contention, so the next three games are pretty important,” Koehn said.