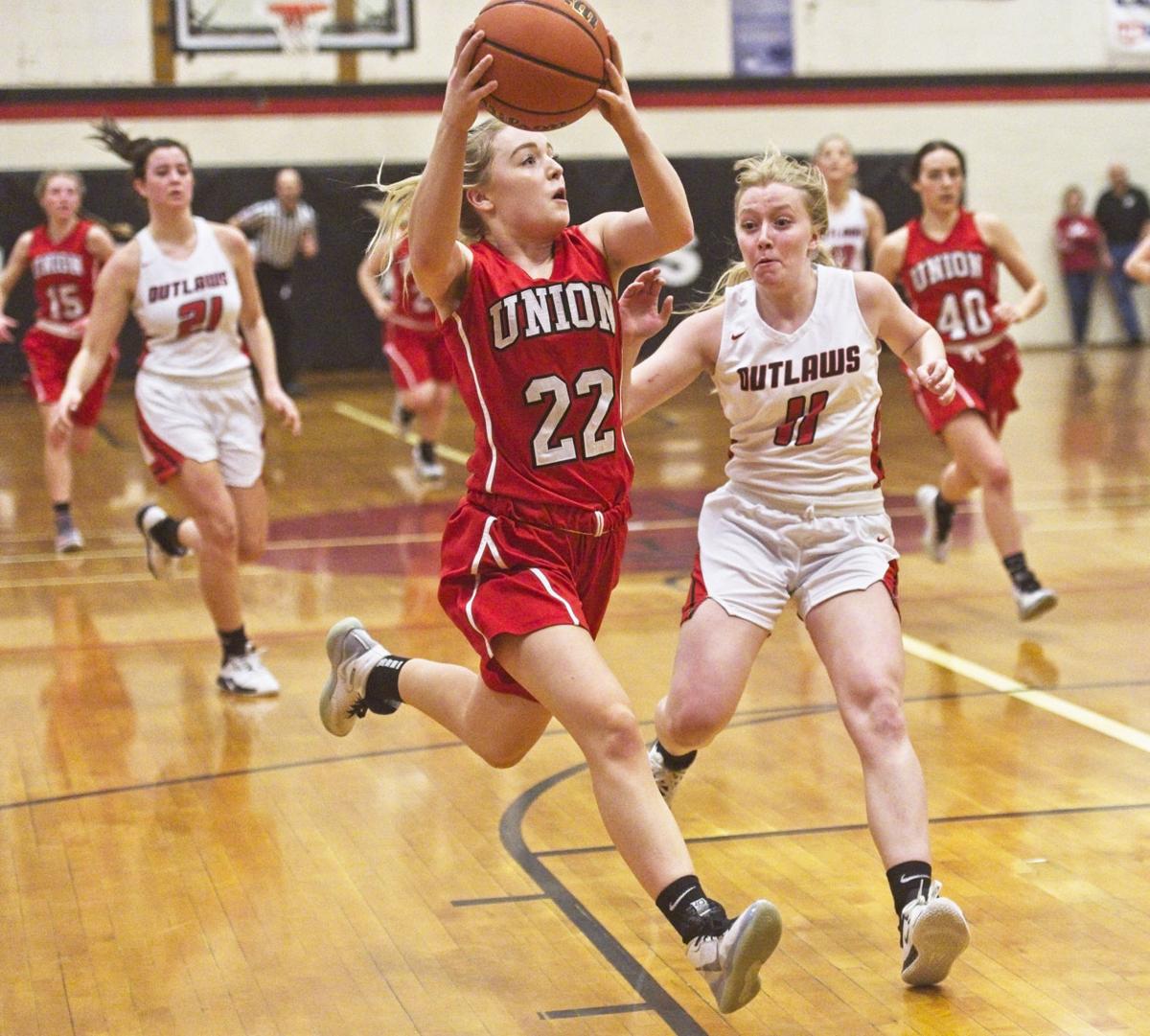 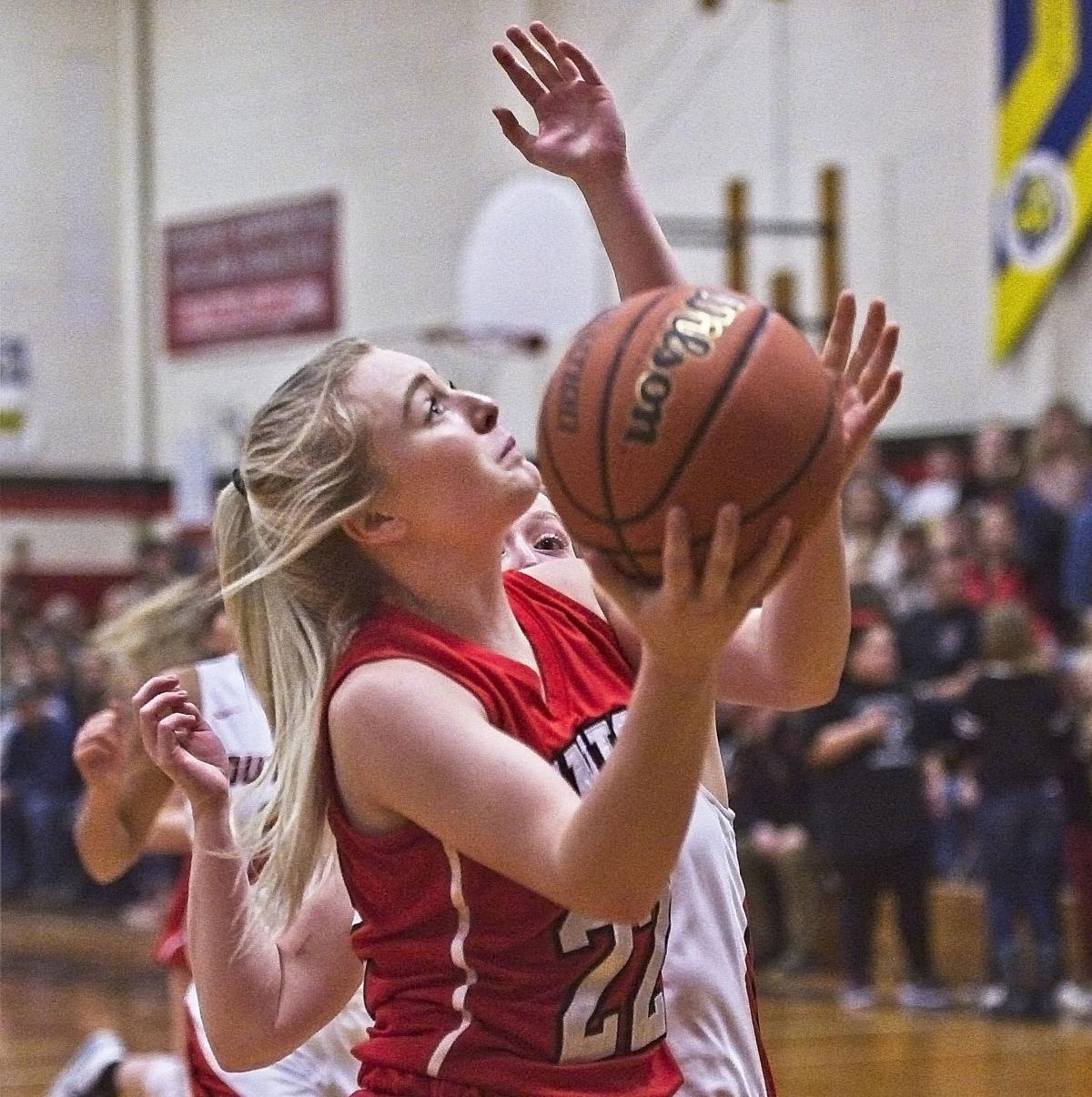 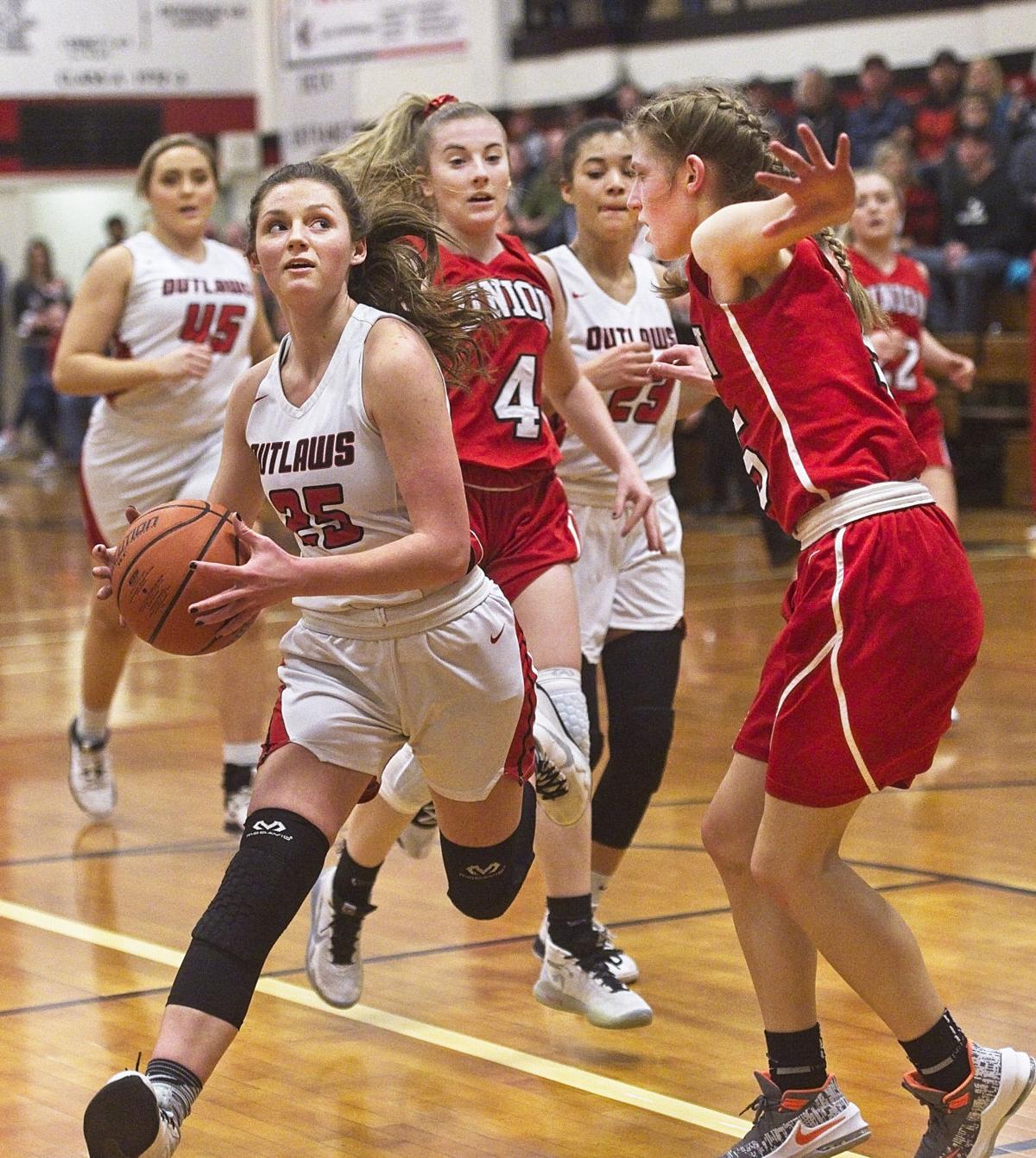 Enterprise's Jada Gray goes for a layin. Gray was the high scorer for Enterprise. 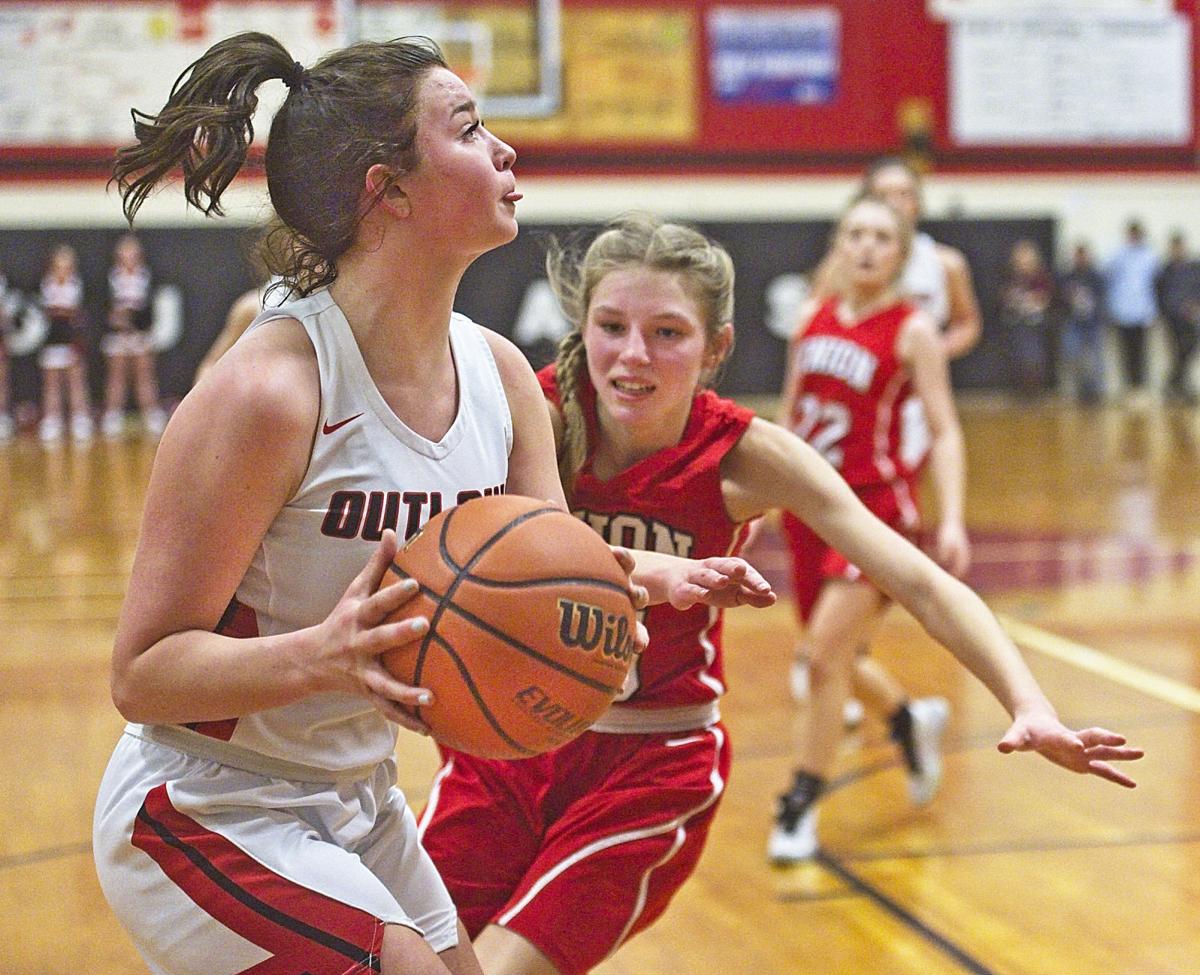 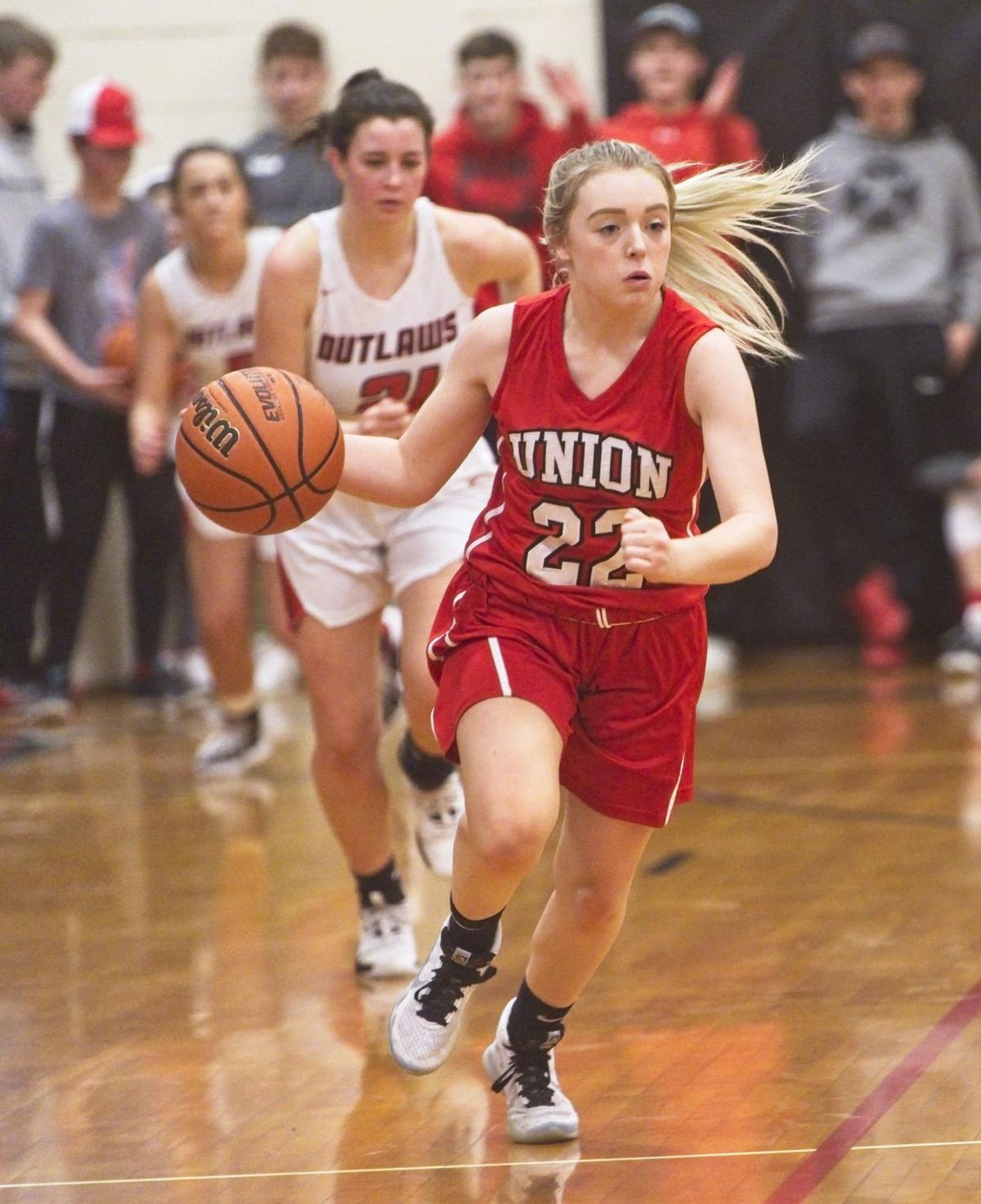 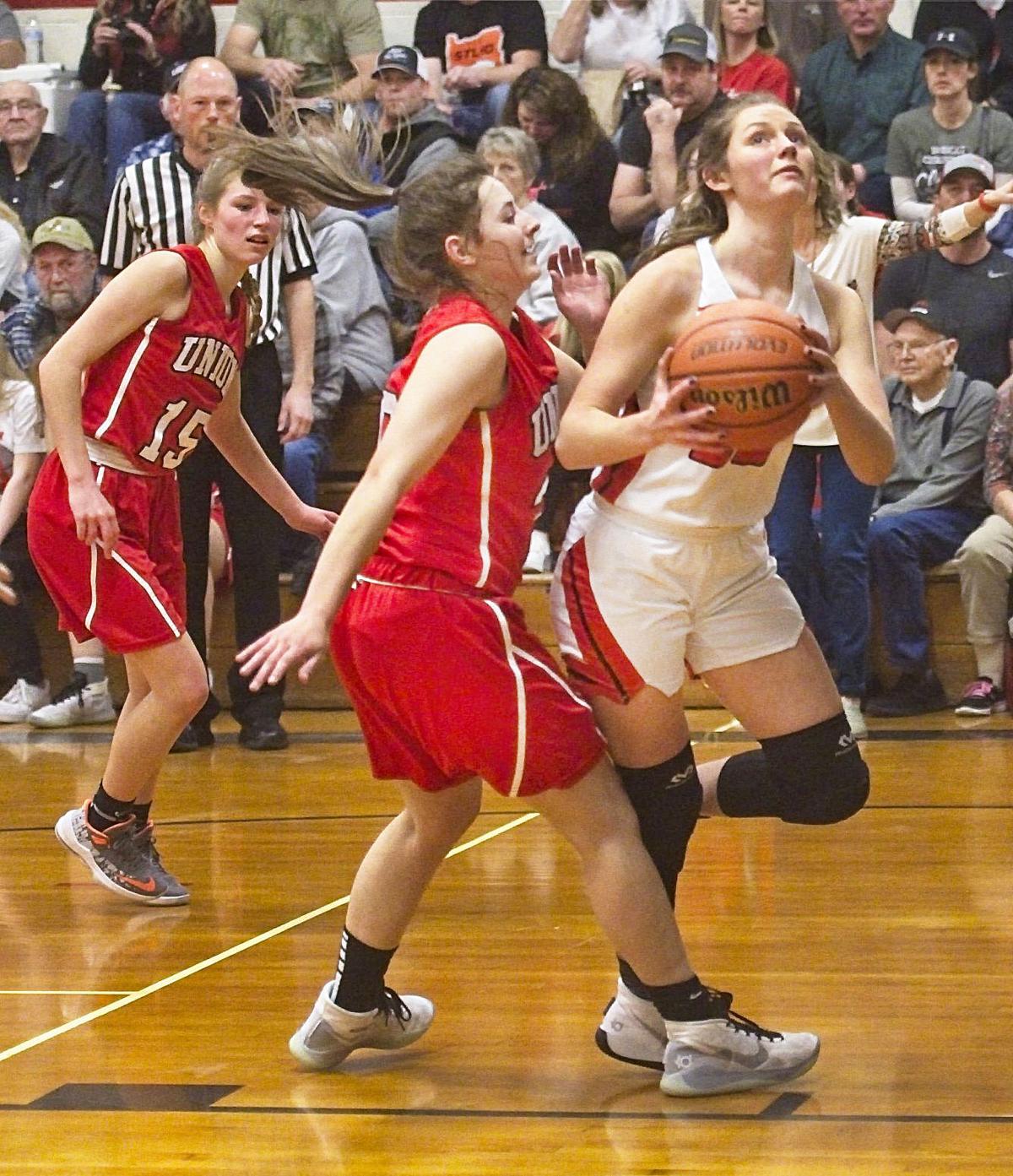 Jada Gray is fouled enroute to an intended layin. Gray sank one of her two foul shots. 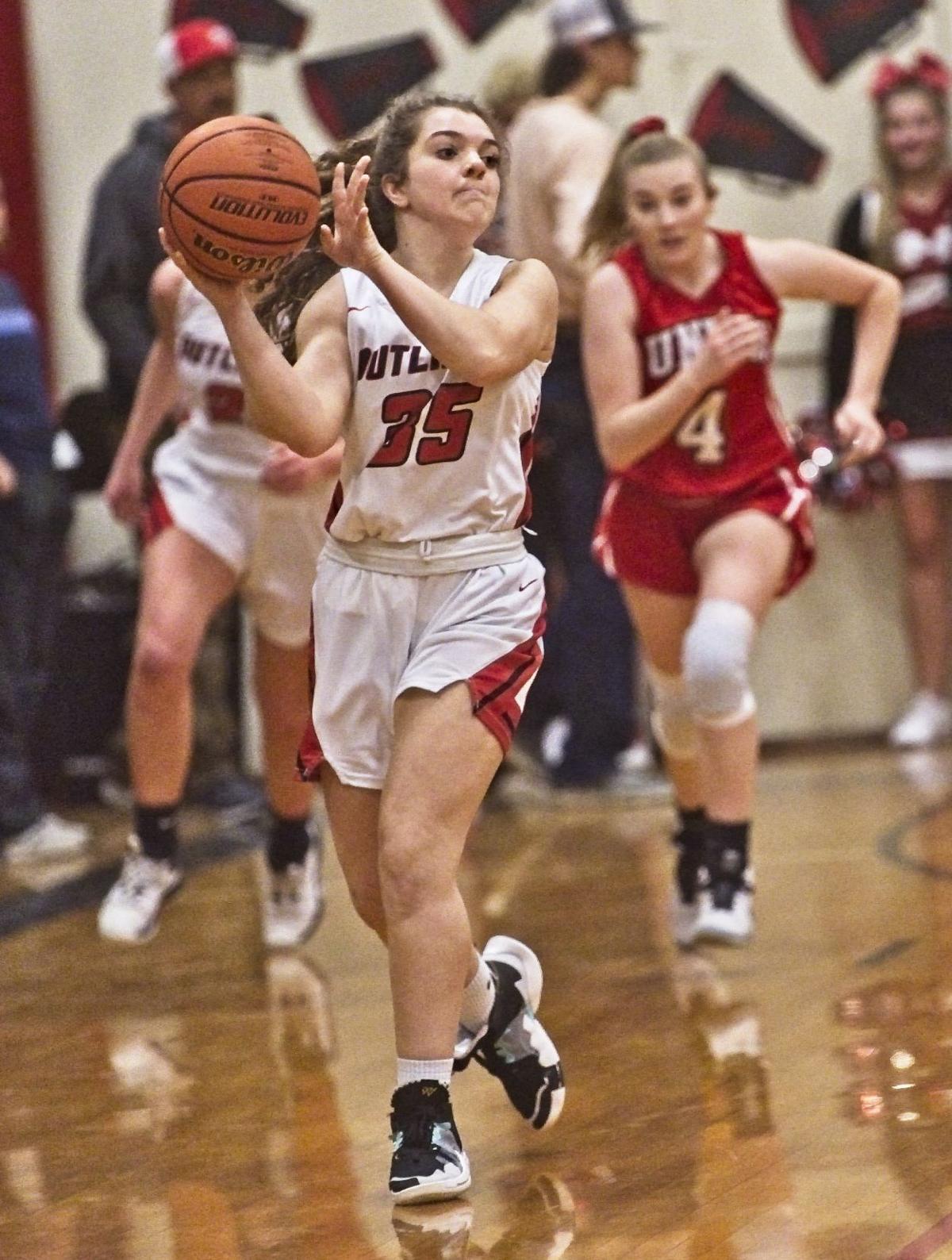 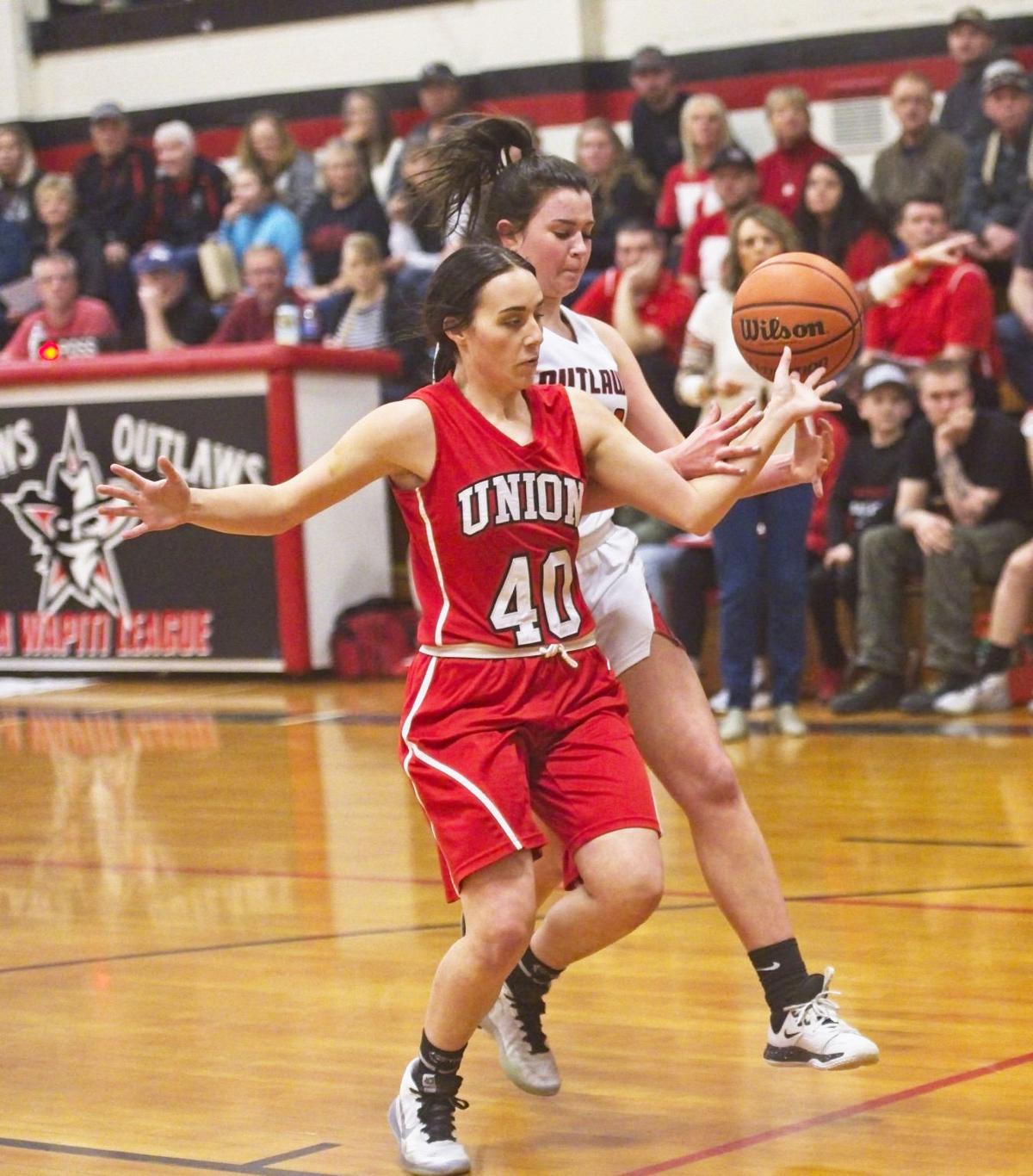 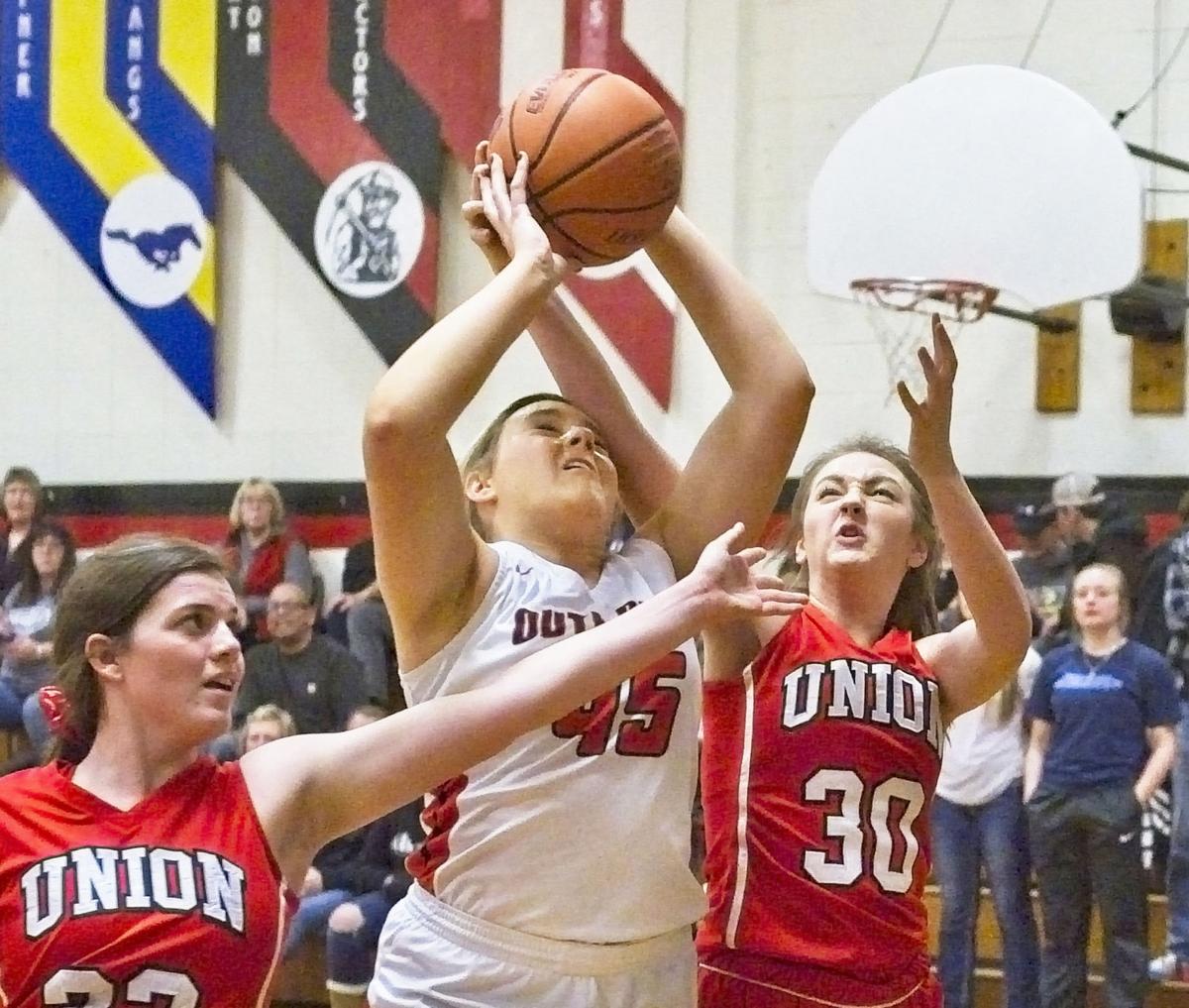 Enterprise's Jada Gray goes for a layin. Gray was the high scorer for Enterprise.

Jada Gray is fouled enroute to an intended layin. Gray sank one of her two foul shots.

The 4th-ranked Union Bobcats girls team soundly thrashed the Outlaws 59-35 Friday night in Enterprise. Enterprise scored 14 points in the first quarter led by the run-and-gun hoops of Claire Farwell along with the steadfast work of Carsyn Miller and Gracie Niezen’s two free throws.

Enterprise took the lead for most of the first quarter, but the Bobcats crept ahead in the last minute. They never relinquished the lead, scoring 15 points in the second quarter while the Outlaws could muster only 6. Union led at the half, 30-20.

The third quarter was the Outlaw’s low ebb, only scoring 4 points total on foul shots by Jada Gray and Claire Farwell while the Bobcats found the hoop for 14 points. Despite repeated scoring opportunities, the Outlaws could not find the bucket.

Their fourth quarter improved with 10 points, mostly on two-point hoops but they were still outscored by the Bobcats, who tossed in 15 points, including three 3-point shots. High scorers for the Outlaws were Jada Gray with 9 and Claire Farwell with 6. Most of the remaining team members also contributed points in what seemed a balanced scoring effort. For Union, C Glenn scored 23 points and K Marriott added 12 as the high scorers.