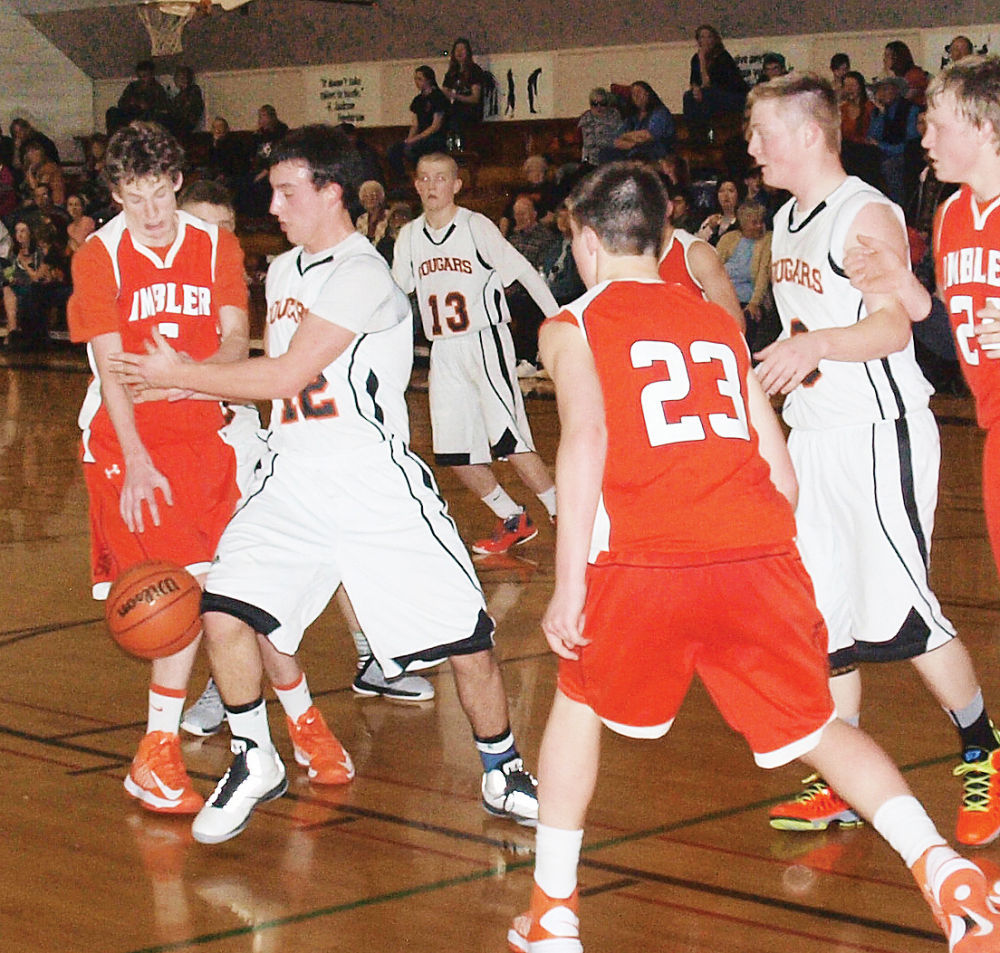 <p>Wallowa's Pierce Millar(12) Spencer4 Shelton (13) and Kody Swift scramble for the basketball while play Imbler in the Cougar Dome.</p> 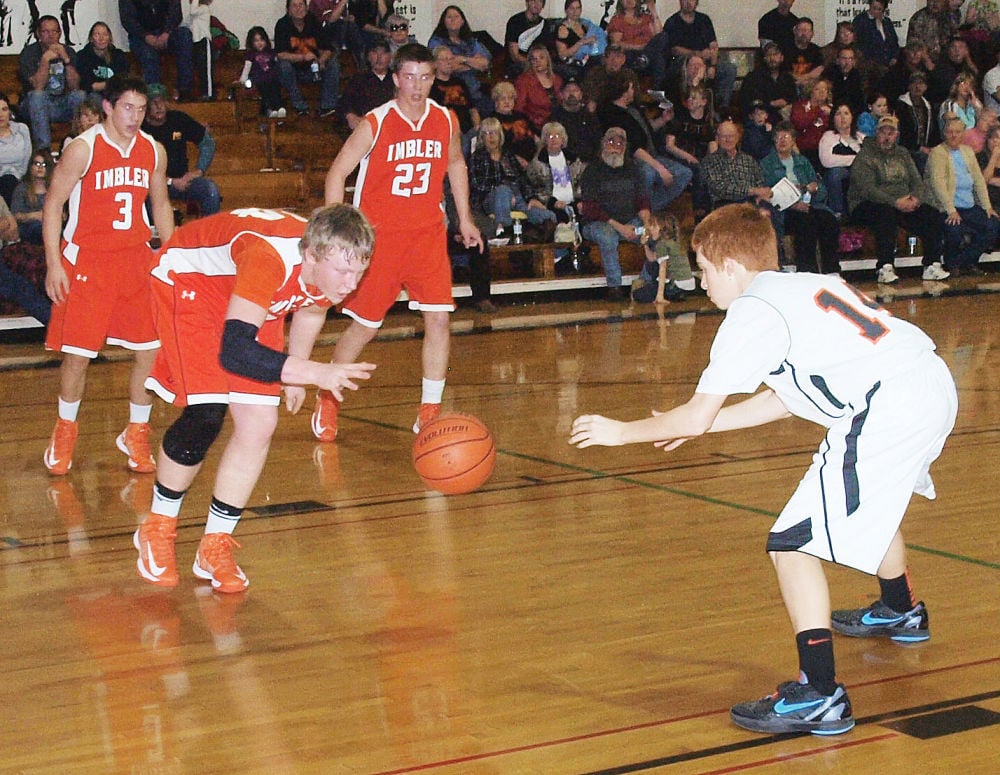 <p>Wallowa sophomore Karl Wellens, right, had a perfect night from the floor during the Cougars' home loss to Imbler Friday.</p>

<p>Wallowa's Pierce Millar(12) Spencer4 Shelton (13) and Kody Swift scramble for the basketball while play Imbler in the Cougar Dome.</p>

<p>Wallowa sophomore Karl Wellens, right, had a perfect night from the floor during the Cougars' home loss to Imbler Friday.</p>

WALLOWA  The Wallowa Cougar boys basketball team ended its regular season on a whimper Friday night, losing at home by a 48-24 score to the 11th rated 1A team in the state, the Imbler Panthers.

Wallowa (7-15, 4-6 league) now heads into district tournament action Thursday afternoon, Feb. 14, when the Cougars will square off at 2:30 p.m. in Baker City against the Pine Eagle Spartans.

WHS shot a paltry 20 percent from the floor against Imbler, converting 9 of 45 casts; recorded four steals against 29 turnovers; and of the squads low total-rebound count of 22, only 8 were at the offensive end.

One of few bright lights for the Cougars was the play of the shortest player on the WHS roster, 56 sophomore Karl Wellens. Receiving a rare start, Wellens hit all three of his field goal attempts and scored 6 points.

Wallowa scored the first four points of the game, but its lead was short-lived.

Imbler maintained a stiff man-to-man defense that, for much of the fray, kept Cougar players with the basketball a long distance from the hoop.

Conrad led all WHS scorers with 7 points, well below his season average.

During the season, the Cougars won both encounters played against the team they will face Thursday: Pine-Eagle. WHS won by scores of 55-34 and 65-46.