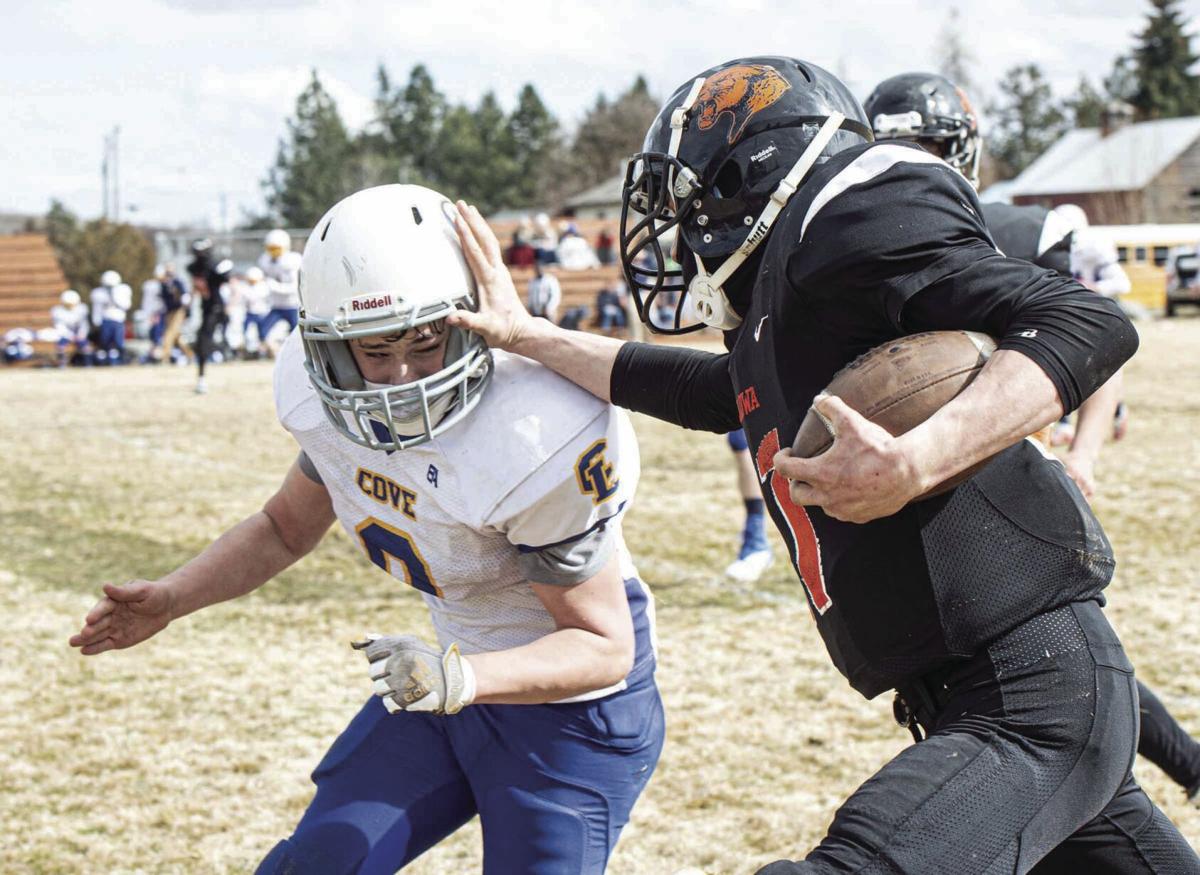 Wallowa Cougar Zeb Ramsden, right, fends off a Cove defender on his way to a long gain in the second quarter Friday, March 19, 2021, during the Cougars’ 50-6 victory. 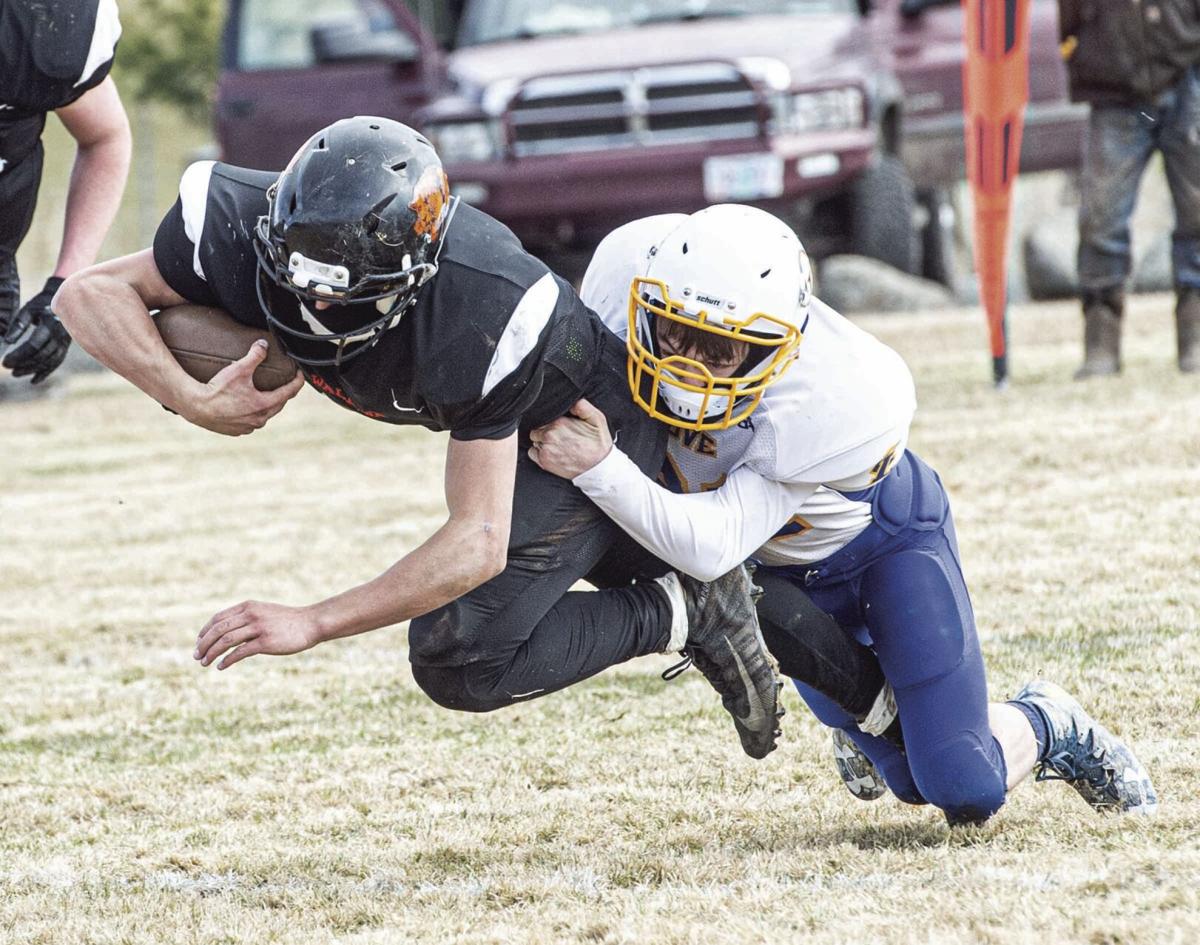 Zeb Hermens is tackled by a Cove defender after rushing for a first down in the second quarter Friday, March 19, 2021, during the Cougars’ 50-6 victory.

Wallowa Cougar Zeb Ramsden, right, fends off a Cove defender on his way to a long gain in the second quarter Friday, March 19, 2021, during the Cougars’ 50-6 victory.

Zeb Hermens is tackled by a Cove defender after rushing for a first down in the second quarter Friday, March 19, 2021, during the Cougars’ 50-6 victory.

WALLOWA — The Wallowa Cougars won their second game of the short spring season Friday, March 19, pummeling the Cove Leopards by a score of 50-6.

“We started out kind of rough,” Wallowa coach Matt Brockamp said. "Things did not go as planned. We did not score in the first quarter. ”

The Cougars suffered five turnovers in the game, were called for 11 penalties and had several fumbles and dropped balls that they recovered.

The Cougars racked up 449 total yards, and held the Leopards to just 154 yards. For the Cougars, there were 250 yards in the air and 199 rushing.

Standout senior Zeb Hermens scored three touchdowns in the second quarter, including one 95-yard kickoff return. He also made four tackles and assisted in nine more.

Jesse Duncan and Zeb Ramsden each chalked up two additional TD’s in the second half, including Ramsden’s fourth-quarter, 50-yard romp into the end zone after snagging a pass from his brother, quarterback Lute Ramsden.

"Duncan did a great job of running the football in his first time starting at running back.” Brockamp said.

Lute finished the game 13/24 in passing and gained 14 yards rushing.

“Zeb Hermens had a great game,” Brockamp said. “I’ve always said that Zeb was going to be an eight-man football phenom, and he’s finally turning into the football player he’s going to be."

Brockamp also recognized the play of Zeb Ramsden. “Zeb is an all-state football player on both defense and offense, Having both Zeb Hermans and Zeb Ramsden play side-by-side is a lot of fun.”

The Wallowa coach had praise for freshman noseguard Ty Hunt-Prince as well.

“He did some really good things late in the football game,” Brockamp said. He’s starting to figure out how to block, and he’s going to be a lot of fun to watch through his career for sure.”

“The Cove kids played hard. They are much better than they were last year,” Brockamp said.

The Cove Leopards generated 178 passing yards but were held to minus 24 yards in rushing.

Wallowa’s attention next focused on the game with Crane that was to be Tuesday, March 23.

“They’re always a really disciplined, well coached and really physical football team on both sides of the ball. It’s always tough to beat Crane, and especially so at their house,” Brockamp said. “They run the ball very well and they tackle really well. But they graduated a lot of speed away, so hopefully we can run with them, and get a win.”