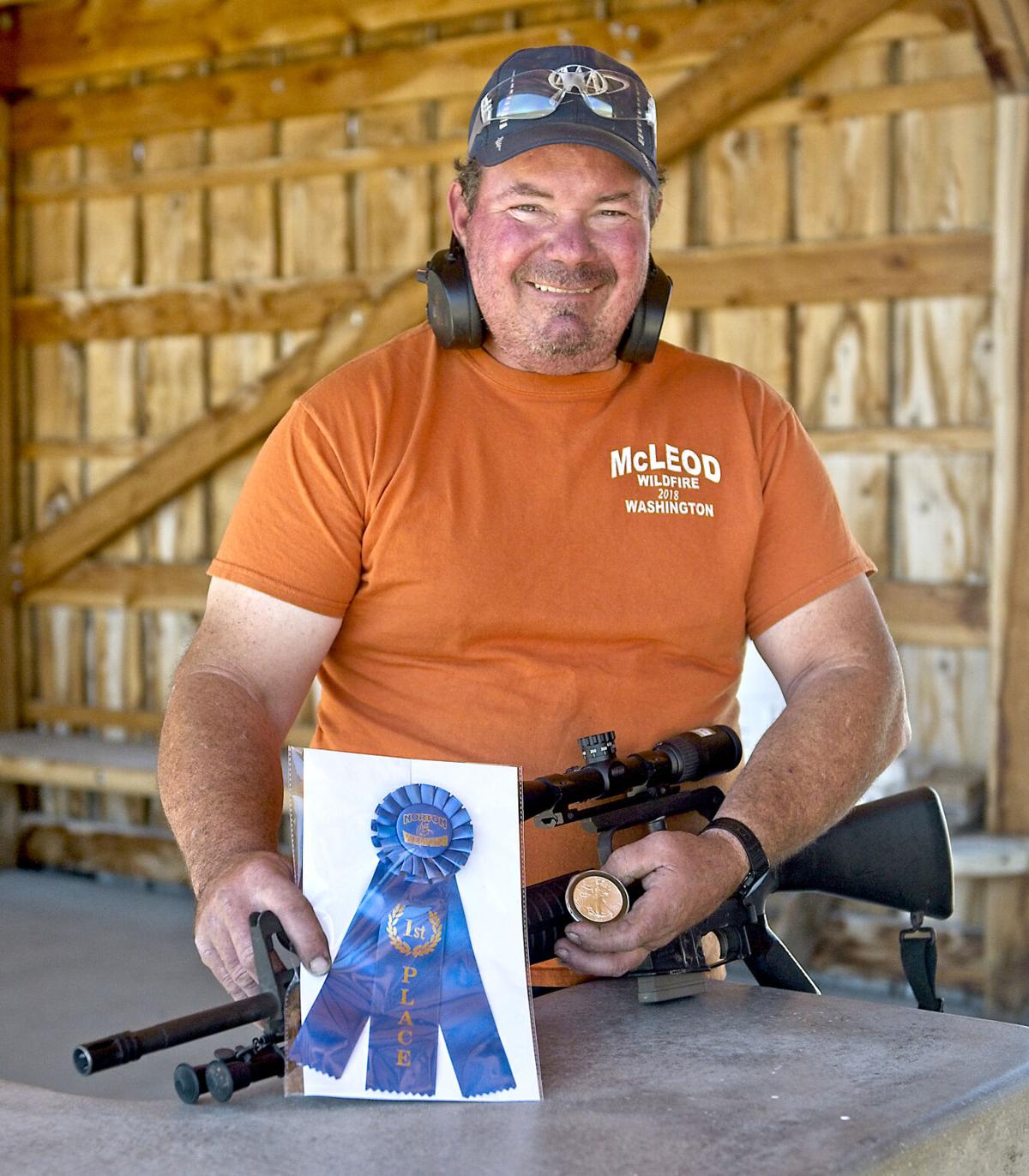 Mike Musia shows off the blue ribbon and silver dollar he won for taking top honors in the scoped AR-15 category at the Eagle Cap Shooters Association match Saturday, July 18. 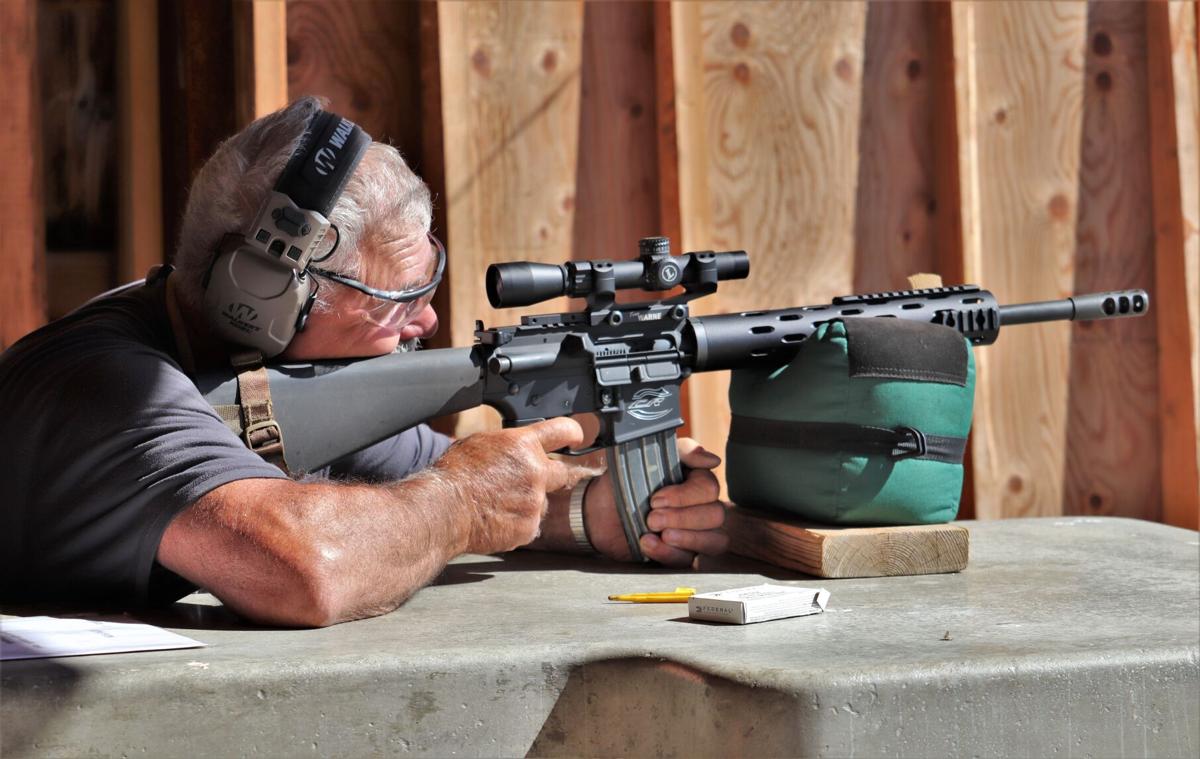 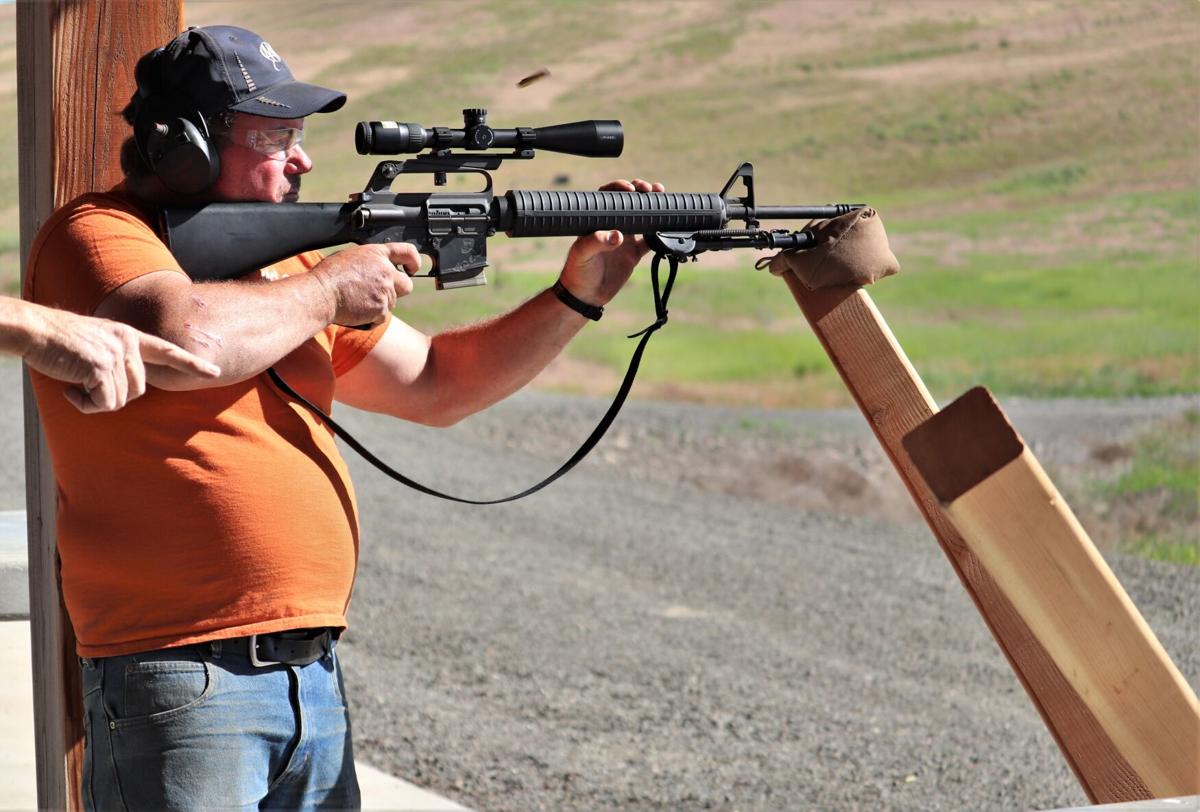 Mike Musia shows off the blue ribbon and silver dollar he won for taking top honors in the scoped AR-15 category at the Eagle Cap Shooters Association match Saturday, July 18.

Targets were placed at distances of 100, 200, 300, 400 and 500 yards. The match required five stages of fire — a mixture of standing, sitting and kneeling using various bags and barricades — with participants firing 10 rounds per stage.

There were two classes: iron sights and scoped rifles. However, there were no entries in the iron sights category. Mike Musia won the scoped blue ribbon and a newly minted silver dollar.

Charles Danforth was a close second while Joe Neveau was third.

The civilian AR-15 used in target shooting is a semi-automatic firearm that will fire only one round each time the trigger is pulled. It is based upon the military M-16 and M-4 rifles used in Vietnam, according to John Straughan, ECSA secretary. That military heritage makes the gun a familiar one for many veterans.

“The sport AR-15 is kind of a ‘Barbie Doll’ for men,” Straughan said. “That’s because the ARs now have a lot of options and different parts you can add or change to give them a different look and customize their function.”