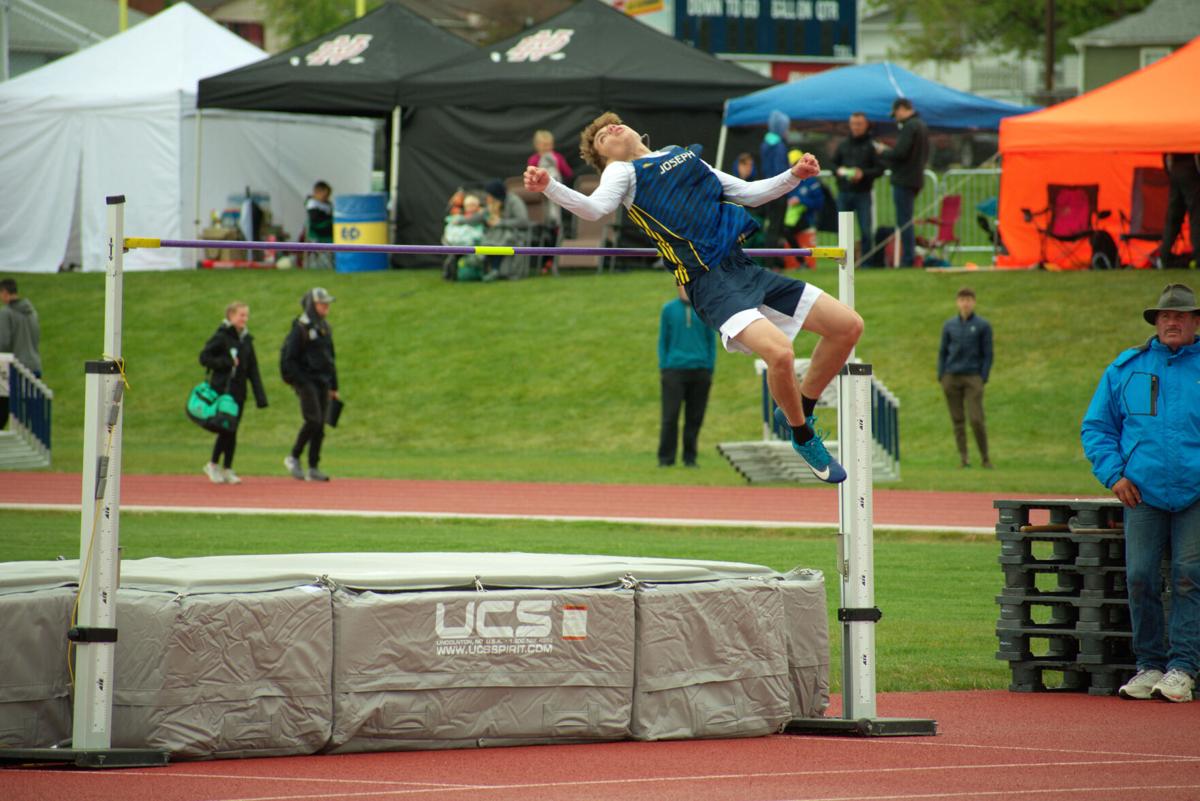 Joseph’s Reece Nelson placed second in the high jump Saturday, May 22, 2021, at the 1A state track meet in La Grande. 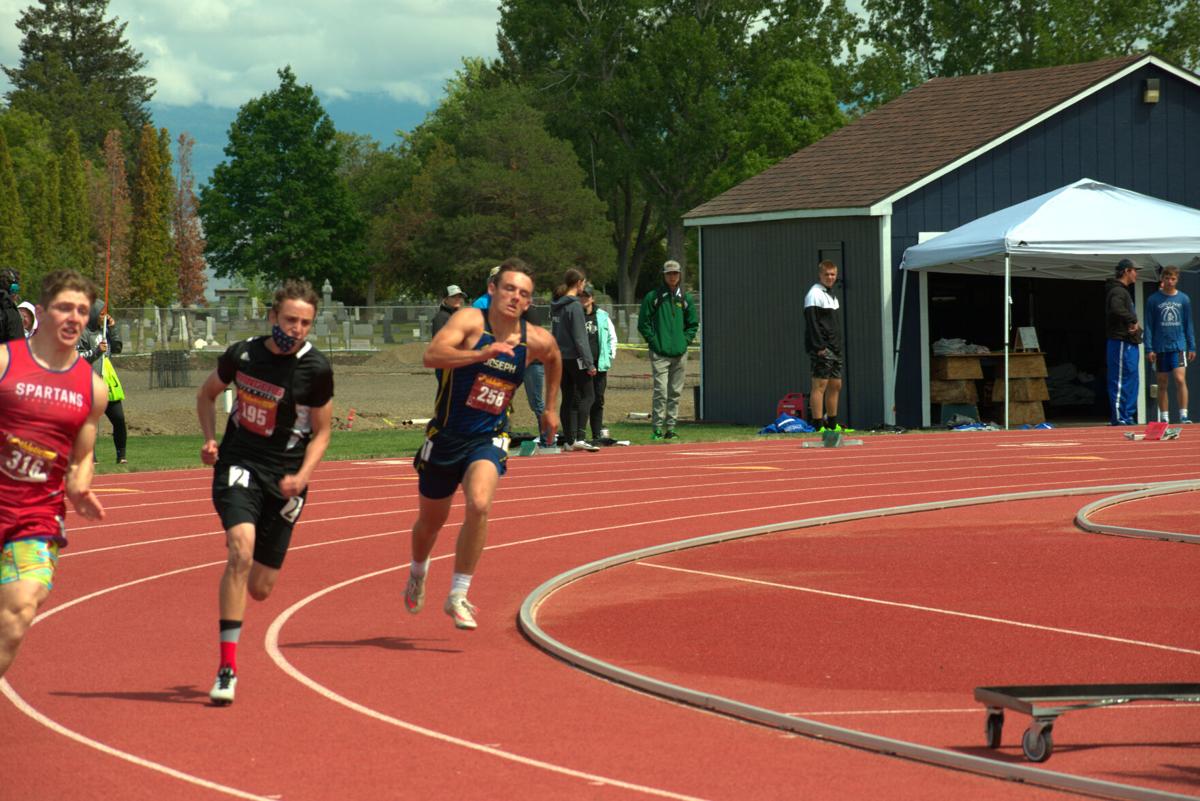 Joseph’s Kale Ferguson, right, shown competing in the boys 200, won the 1A state title in the discus and took second in the javelin Saturday, May 22, 2021, in La Grande. 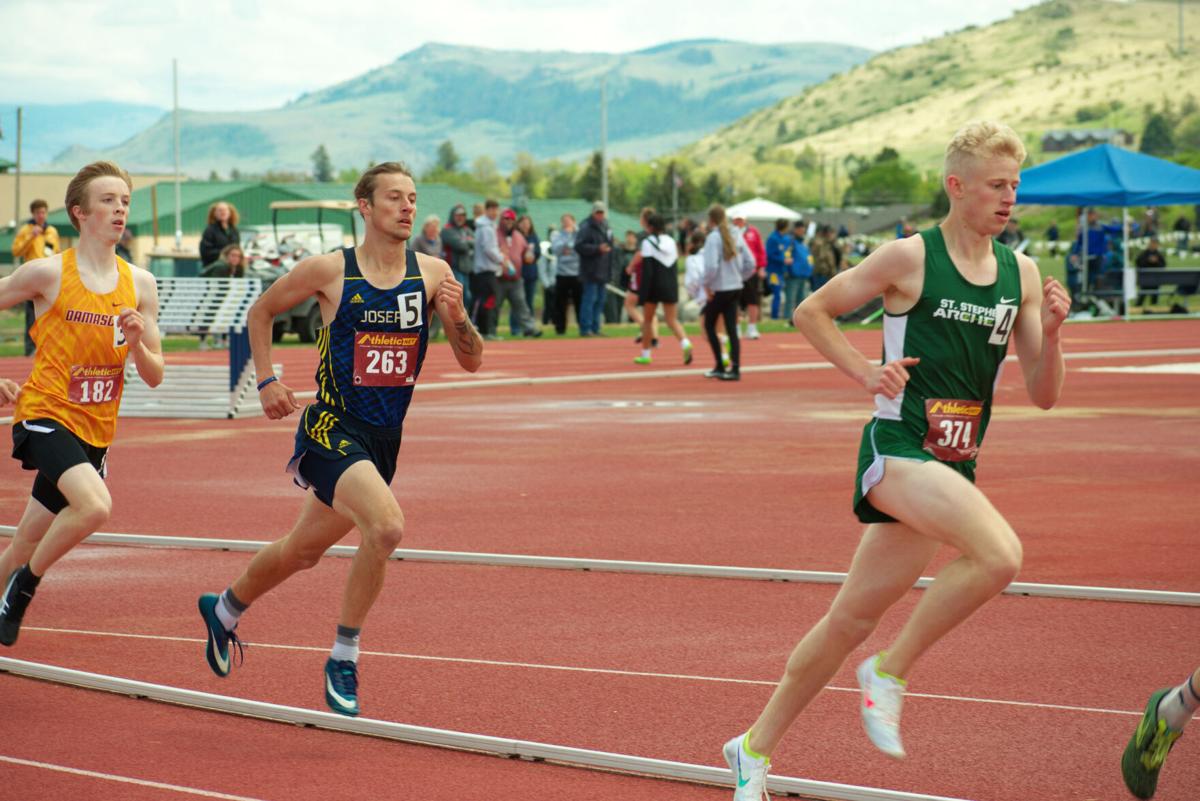 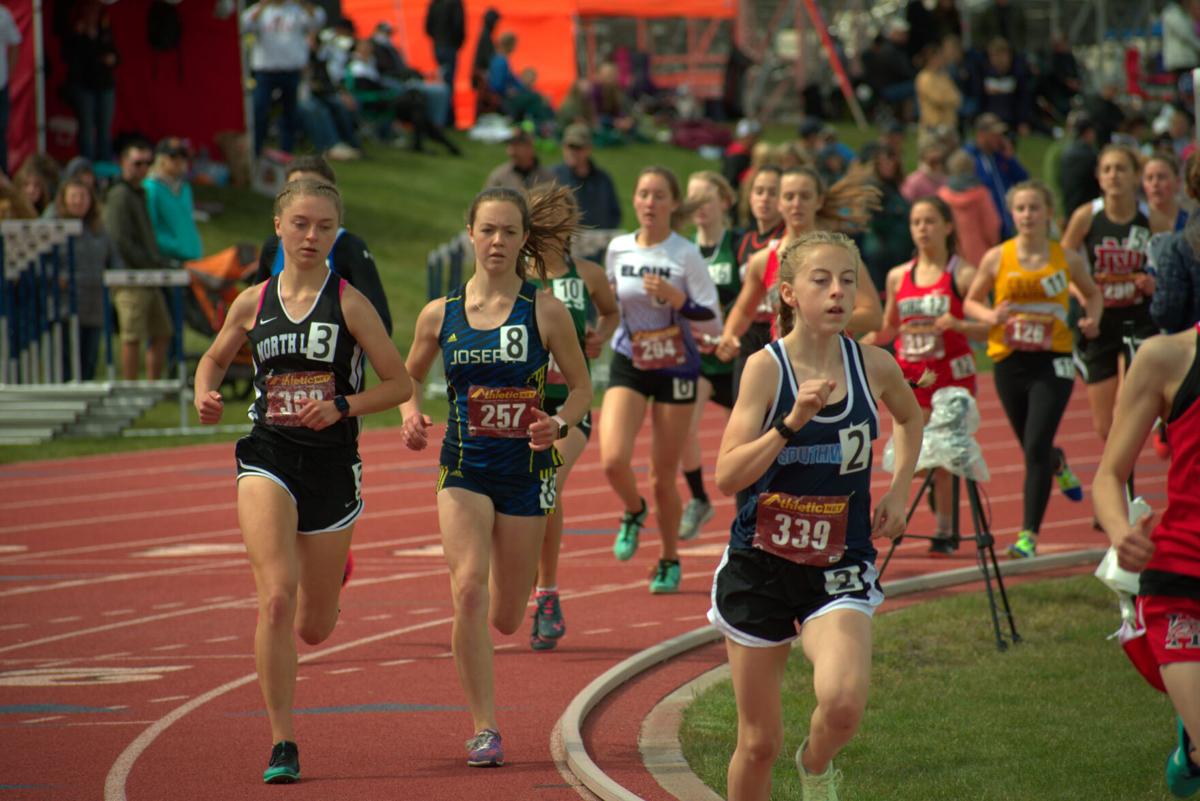 Joseph’s Reece Nelson placed second in the high jump Saturday, May 22, 2021, at the 1A state track meet in La Grande.

Joseph’s Kale Ferguson, right, shown competing in the boys 200, won the 1A state title in the discus and took second in the javelin Saturday, May 22, 2021, in La Grande.

LA GRANDE — The Joseph boys were within striking distance of contending for the 1A state championship Saturday, May 22, at Eastern Oregon University in La Grande, before a strong effort by Powder Valley in the final two races and a win by Damascus Christian in the 4x400-meter relay sent them past the Eagles.

Joseph finished as a team with 52 points to take third, trailing only Damascus, who had 56 points, and Powder Valley, which won the 1A title with 64.5 points.

“They (did) a great job,” head coach John Roberts said. “Good job all the way though. I think just about all of them PR’d in all of their races, and the two girls did, too. It was a great 1A meet.”

A strong day in the field, led by Kale Ferguson, put the Eagles in position to compete for the state crown. The sophomore, wrapping up his first season of high school track after the pandemic canceled the 2020 year, set a personal best in winning the discus with a throw of 134 feet, 8 inches, and also reached a PR in the javelin at 150-feet-8, which was good for second. In both events, he set a new PR by more than 13 feet.

Ferguson said he didn’t expect to make it onto the podium in the discus, let alone win it.

“For discus, I got there, and when I was looking at everyone that was throwing, I thought ‘Wow, I don’t belong here. These guys are huge,’” he said. “... When I got up onto the platform where you throw, I just prayed for strength to guide my throw, and each time I threw it went farther and farther. The last one, it came out perfectly.”

He said it still hasn’t set in that he won.

“Just hearing the words ‘state champion’ is a little — I can’t explain it, it’s weird,” he said. “I didn’t expect I would make it to state at the beginning of the season. I’m kind of realizing that I have the abilities to do stuff like that.”

It was also a good day for senior Juston Rogers and junior Reece Nelson. Rogers came in second in the boys 400 in a PR time of 52.77 seconds — just 0.35 behind winner Conley Martin from Adrian — and was fourth in the 800 in 2:06.64. Nelson, meanwhile, placed second in the high jump at 6 feet even.

The 4x400 relay team, which consisted of Menton, Goodrich, Kane Johnson and Rogers, came in seventh in 3:49.74.