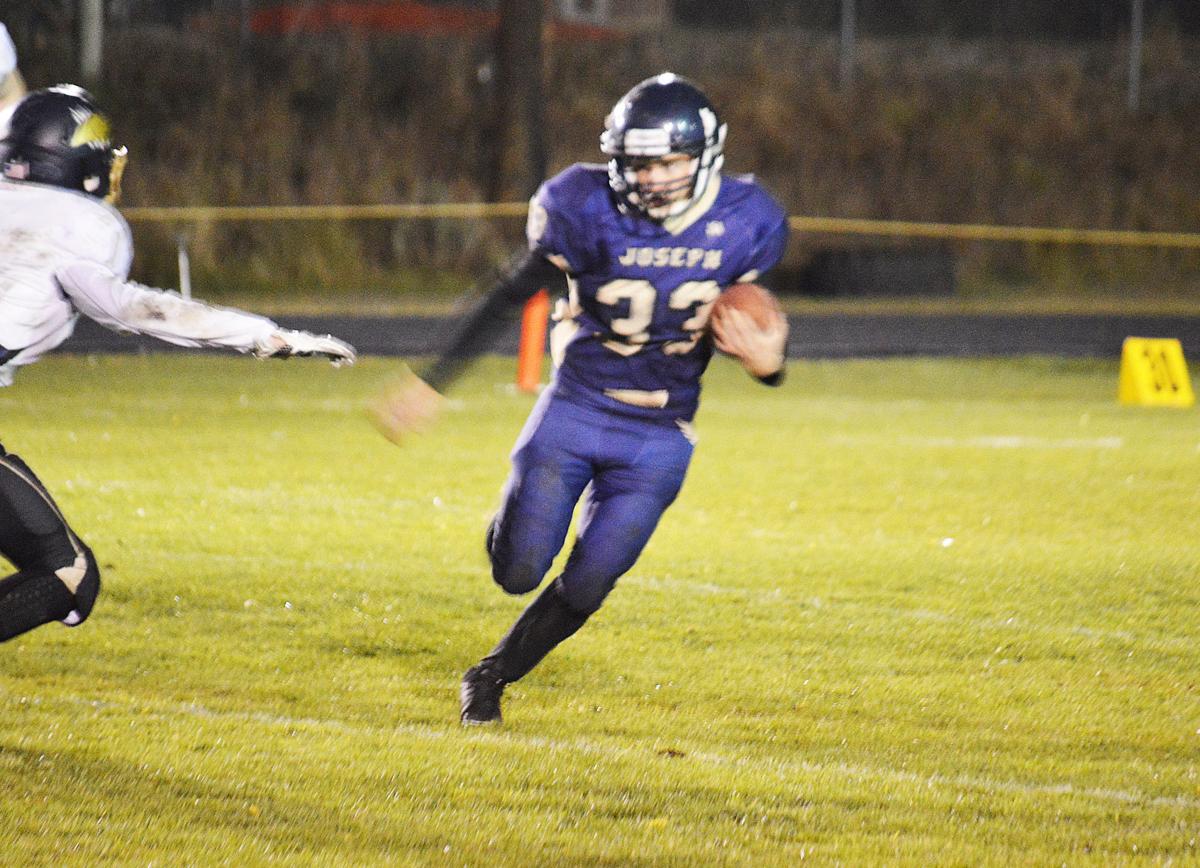 Logan Welch takes one upfield for the Eagles against Echo. 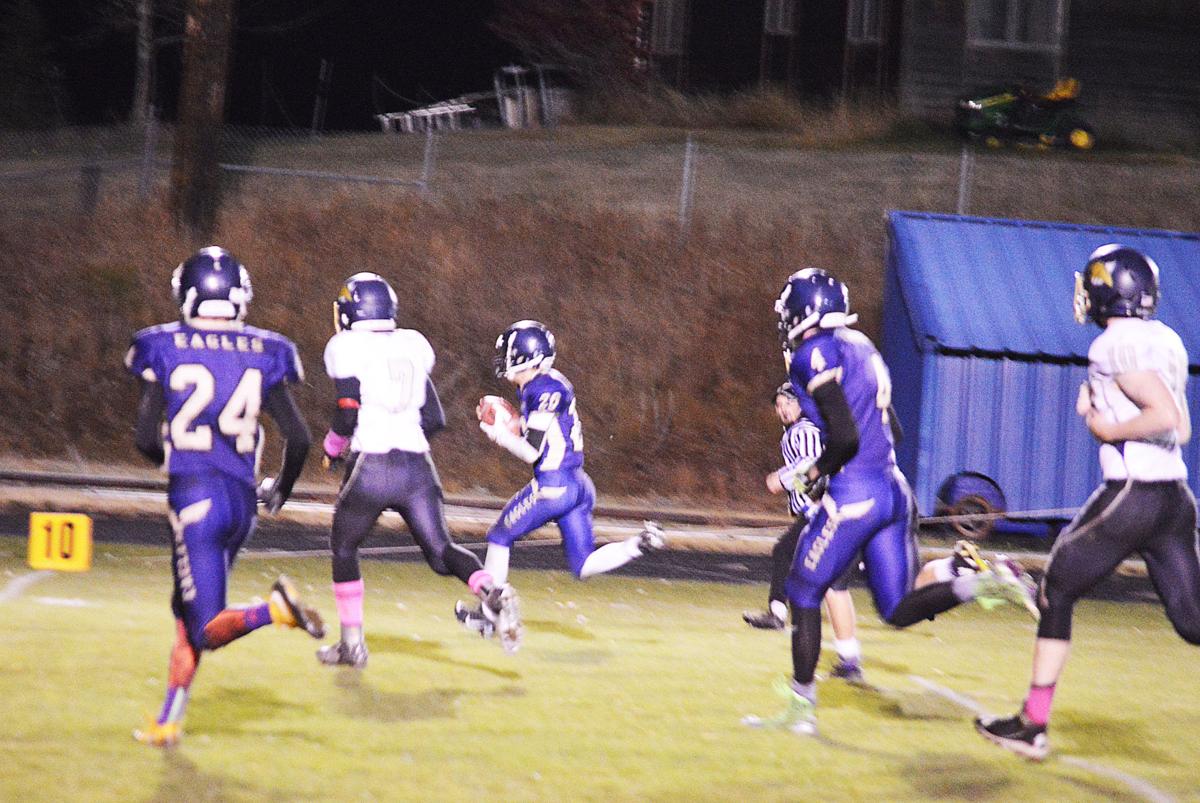 Eagles quarterback Cayden DeLury takes one in for a score against Echo. 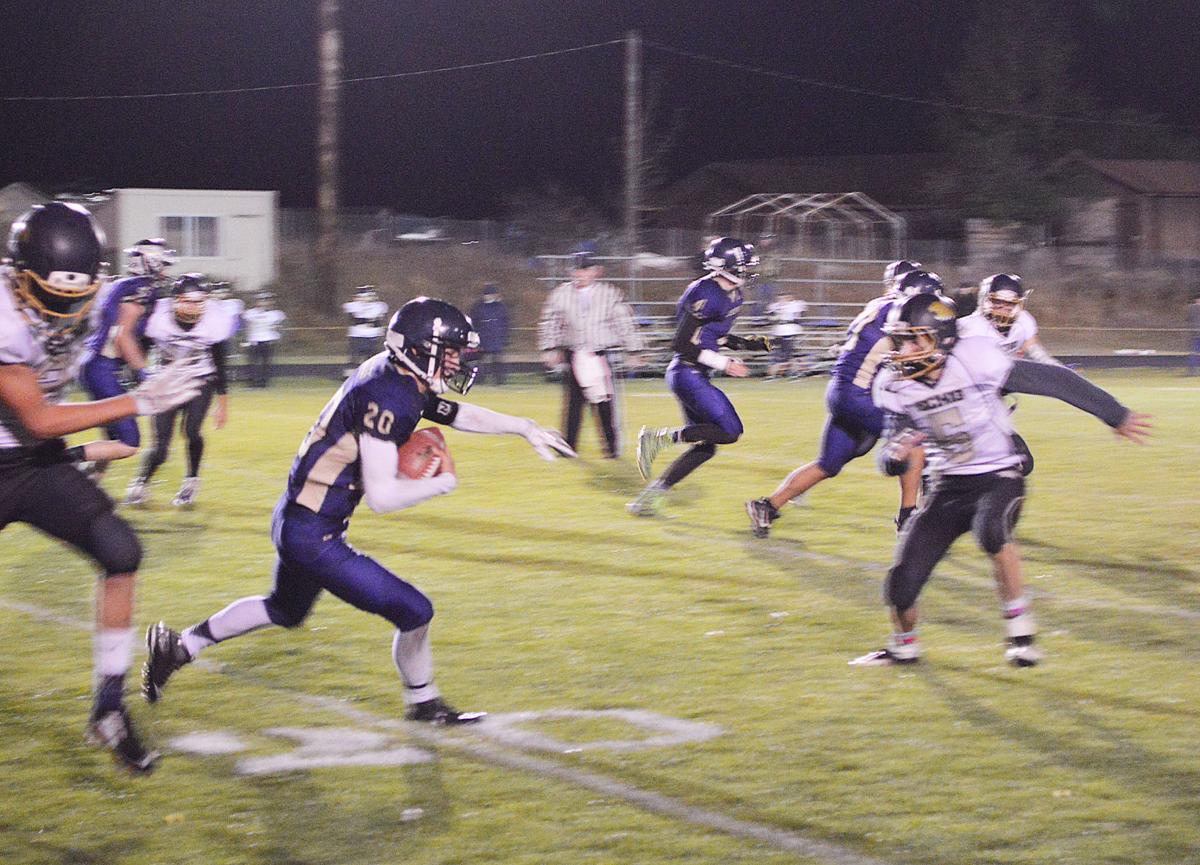 Cayden DeLury turns upfield for a long run against Echo.

Logan Welch takes one upfield for the Eagles against Echo.

Eagles quarterback Cayden DeLury takes one in for a score against Echo.

Cayden DeLury turns upfield for a long run against Echo.

The Echo Cougars spoiled the Joseph Eagles’ homecoming game, walking away from the field of battle with a 52-28 win.

Turnovers, penalties and an inability to read the option play on defense led to the Eagles’ defeat. Despite the lopsided score, Joseph remained in the game throughout the entire first half.

Both teams offenses stalled early, although the Cougars closed out the first quarter with a score on a 55-yard touchdown run. The point-after attempt failed.

The Eagles went on a scoring streak in the second quarter. Cayden DeLury hit Rylie Warnock with touchdown pass and later scored on a 40-yard run with 3:04 left in the half. A successful PAT gave Joseph a 14-12 lead.

Echo rebounded with another score and a failed PAT with 1:34 left in the half. The Eagles roared back with another long DeLury run that put Joseph up 20-18 with 37 seconds to play.

The Cougars marched on the strength of their option offense and managed a final first-half score as time expired. The PAT failed, but the Cougars led 24-20 at the half.

Echo scored on the opening kickoff and never let up. The end of the third quarter saw the Eagles down 46-20. DeLury scored on a touchdown run with 10:31 left in the fourth quarter. The successful PAT proved to be the Eagles last score of the game. The Cougars scored once more with 8:07 left in the contest.

In spite of the lopsided score, the Eagles backfield proved serious offensive threats with DeLury and sophomore Tyler Homan making spectacular runs into the red zone only to have a number of them called back on penalties or later negated by fumbles. Several center snaps over Delury’s head also resulted in lost opportunities.

While the defense had trouble reading the option, they consistently contained the Cougars’ passing game and runs up the middle, battling tooth and nail to the bitter end.