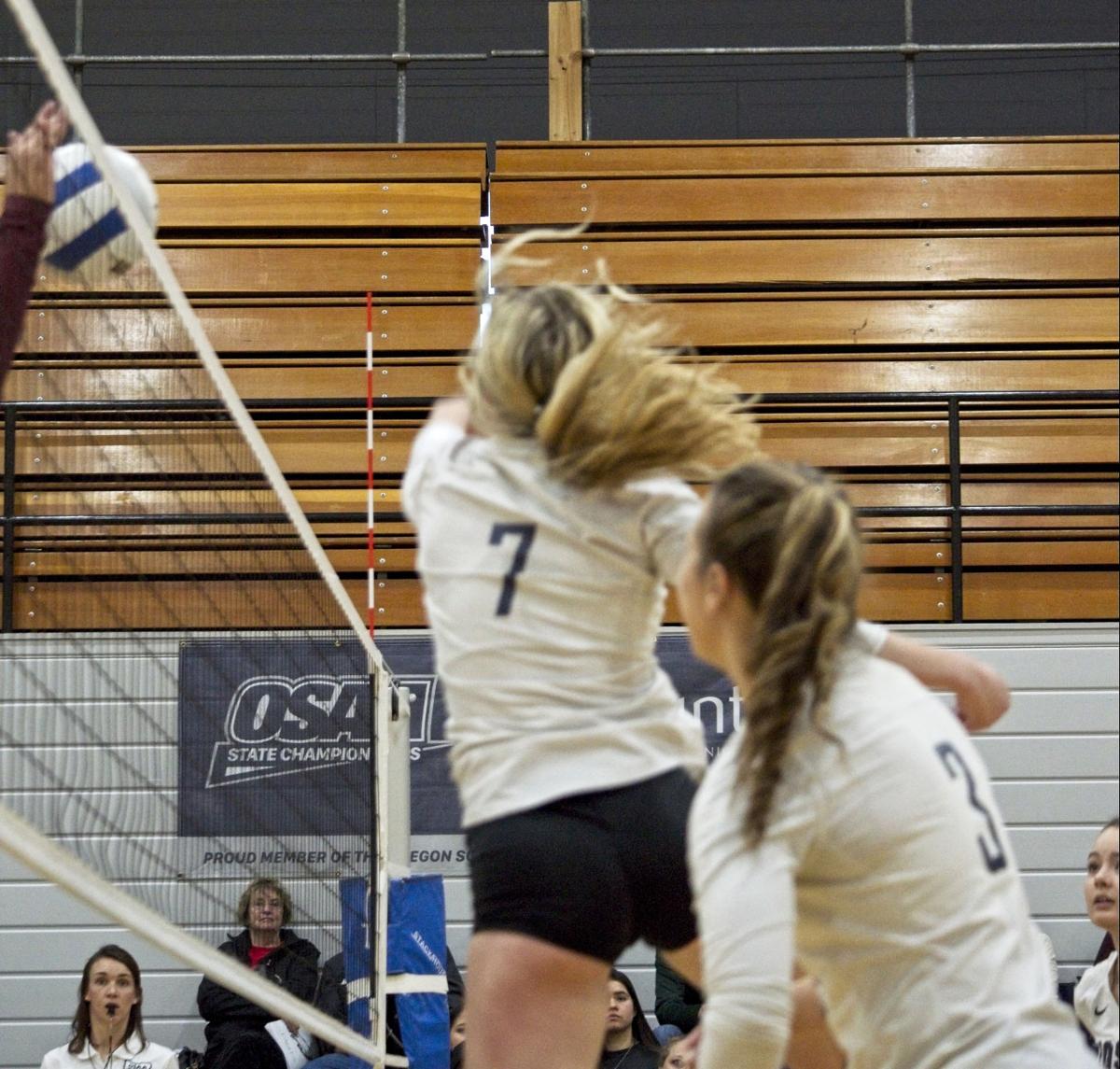 Eagles player, Sabrina Albee whacks one of her dozen kills over the net in the Joseph's three-set win over Nixyaawii on Saturday, Oct. 19. 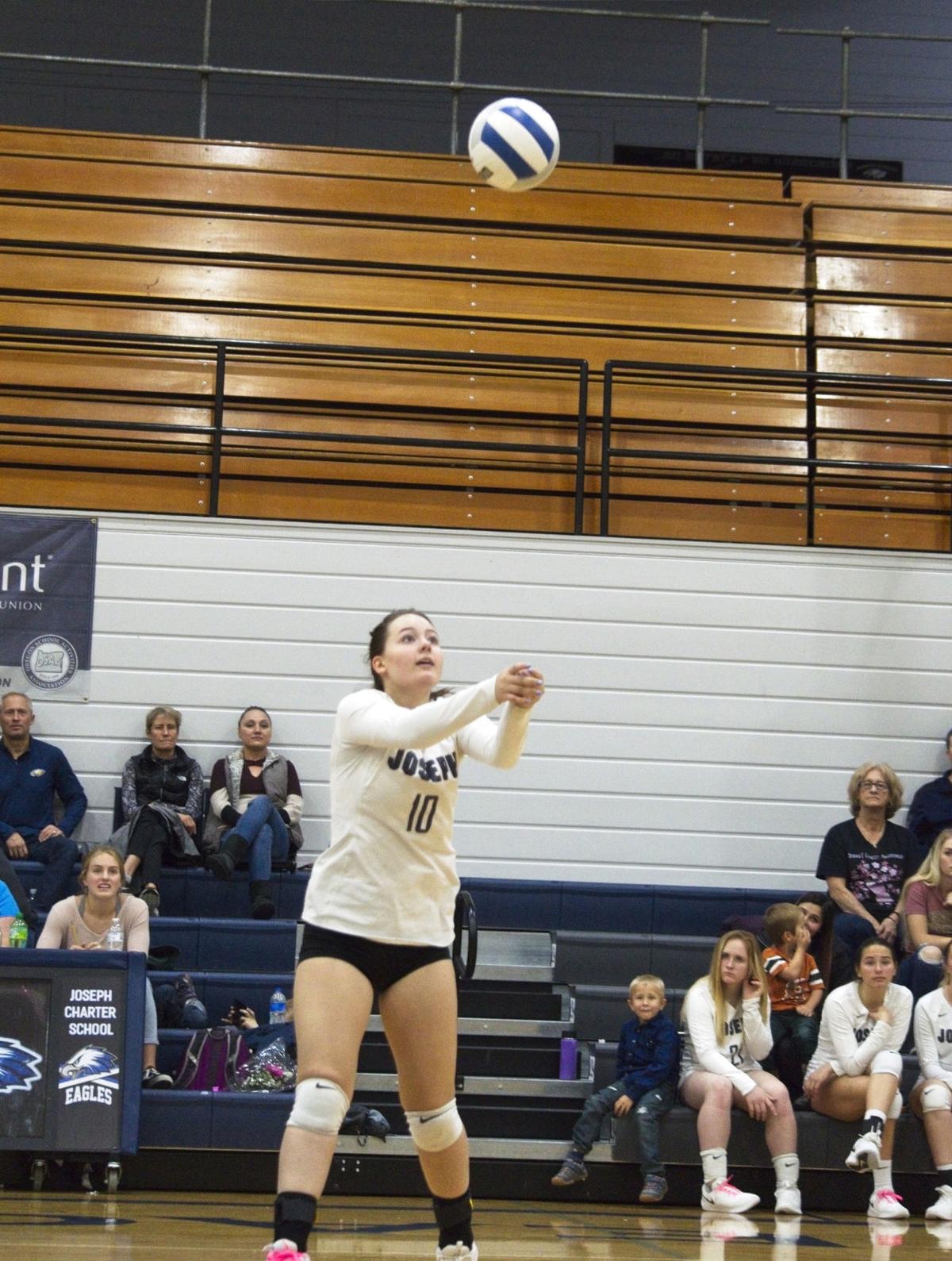 Dig it, lady — Joseph player Anabelle Russell with the dig during Joseph’s three-set victory over Griswold on Saturday, Oct. 19.

Eagles player, Sabrina Albee whacks one of her dozen kills over the net in the Joseph's three-set win over Nixyaawii on Saturday, Oct. 19.

Dig it, lady — Joseph player Anabelle Russell with the dig during Joseph’s three-set victory over Griswold on Saturday, Oct. 19.

The Joseph Eagles once again proved their superiority after two three-set home wins on Saturday, Oct. 19. The victories proved the fourth and fifth consecutive match wins for Joseph.

Nixyaawii proved the first hapless victims on the field of battle. They put up feeble resistance except for the last set on the Eagles’ pathway to victory. Set scores were: 25-15, 25-9 and 25-16.

The Eagles made the victory look easy with supreme Sabrina Albee on the hunt for the kill. Her teammates not only provide perfect setup opportunities but also shine in net play as well. Particularly fun to watch are decoy plays when whoever is doing the set misdirects where the set is going and sends it elsewhere for the kill. Smart volleyball, to say the least.

After minimal rest, the Eagles took on a fresh Griswold Grizzlies squad. The results were nearly identical with set scores: 25-11, 25-15 and 25-13. Camille Crenshaw ratcheted up two kills, seven assists and eight digs

Once again, the Eagles gave out lessons in heads-up, fundamental volleyball. The very few Joseph lapses in the match appeared more from tiredness from the first match, and possibly, an inability to stay completely focused during such a one-sided match. Other than the match against their county counterparts in Wallowa, the Eagles have decisively won every match.

Coach Hite noted the girls played very well, considering they had an emotional day in honoring Nelson’s grandmother for the time she devotes to supporting the squad.

“I feel like the girls have been very resilient lately, for sure,” Hite said.

The wins left the Eagles 9-3 in league play and 15-12 overall. They received a bye in the first round of districts next play and play the winner of a match at La Grande High School on Saturday, Oct. 26 at 7 p.m.