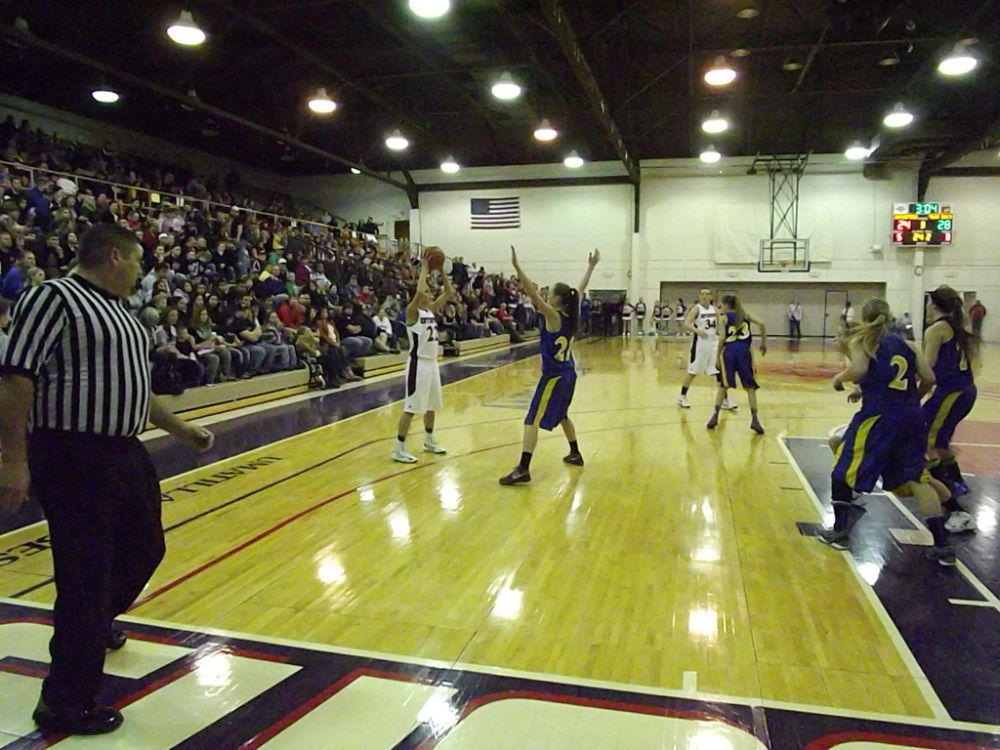 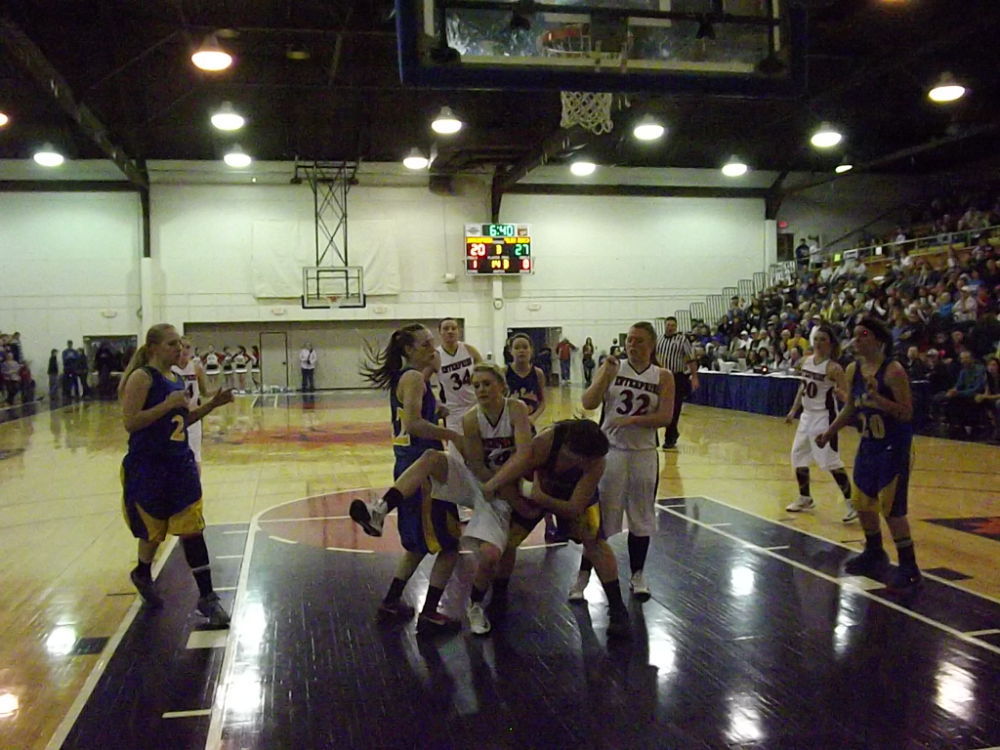 The Enterprise Outlaws girls storybook basketball season had a twist of fate this last weekend when the O-Girls traveled to the Pendleton Convention Center and lost the district championship game to the Pilot Rock Rockets 48-39.

However the final chapters are still to be written with the Outlaws going on a journey this weekend to Gold Beach, still in the hunt for a state championship.

In front of a packed Convention Center both the Outlaws and the Rockets came out strong, scoring 8 combined points in practically the first minute of play. After this quick start the pace slowed.

Coach Crawford said, We played a little flat and it showed up later in the first quarter. At the end of one it was Enterprise 9, the Rockets 17.

In the second quarter Enterprise showed Pilot Rock what the states second ranked team had, and went into the locker room only 3 points behind.

In the fourth quarter with five minutes left the O-Girls tied the game up 31-31 and seemed to have the momentum.

But again Pilot Rocks tenacity came through and the Rockets went on their own run, deflating the pumped up Outlaws.

The girls never gave up though; a full court press, a steal and easy basket by Marta Stangel and a turnover gave the Rockets a little angst but it wasnt enough and Pilot Rock went on to win the game 48-39.

Hayley Riggs scored the most points for the Outlaws with 11. Marta Stangel was next with 9 points and 13 rebounds, Elsa Steen and Myranda McFetridge both scored 8.

Pilot Rock is a good team that has played with adversity all year. With their gym closed this season they traveled to their practices in Pendleton. They worked through it all and it paid off for them. Now were going to have to play through our own adversity and hope it works out for us said coach Crawford.

The story continues with the Enterprise Outlaw girls traveling at least 620 miles to Gold Beach to play the 15-8 Panthers. Last year the Panthers traveled here for the playoffs and Enterprise won that game. Vengeance is on both teams minds and coach Mike Crawford is still seeking his 400th win.