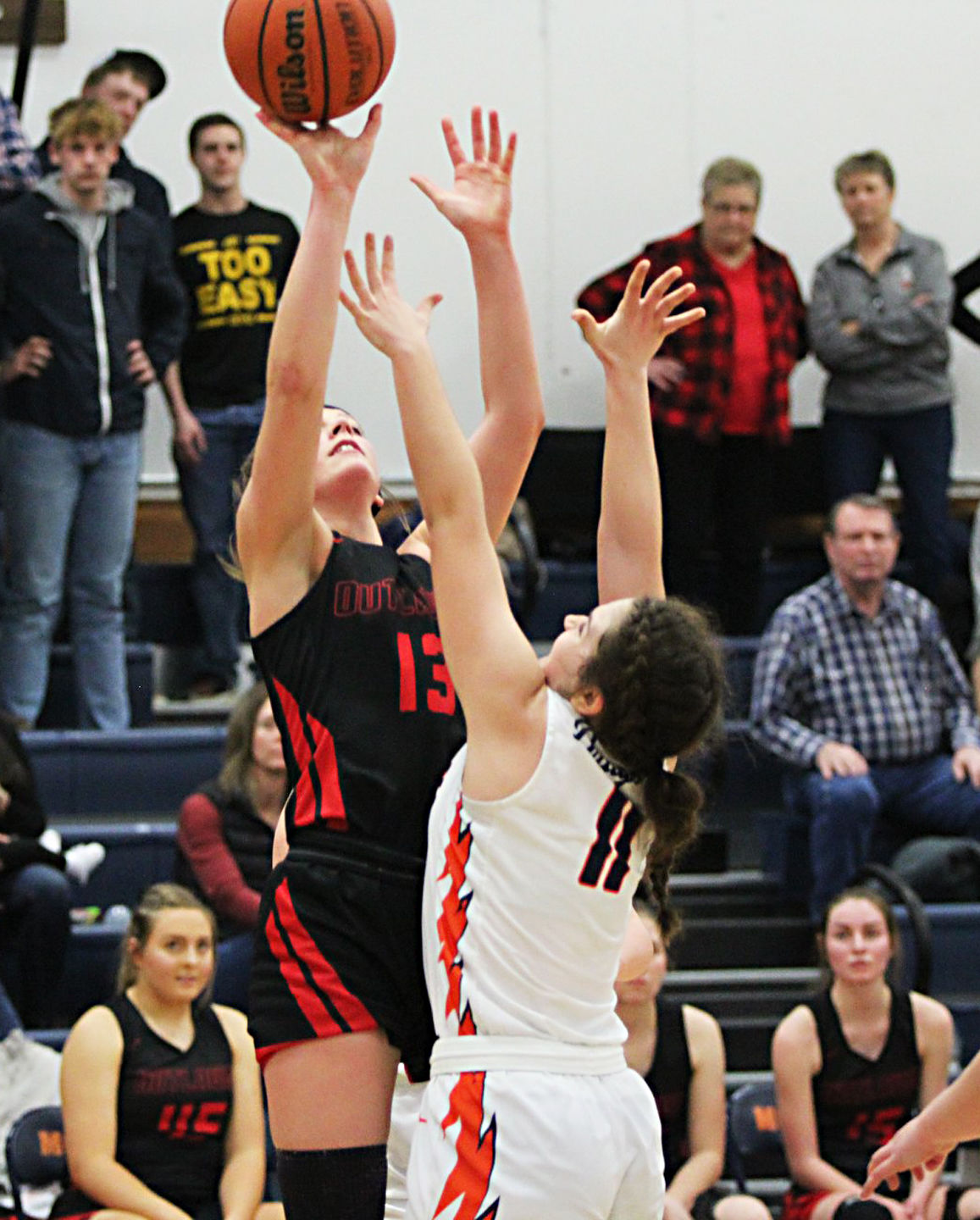 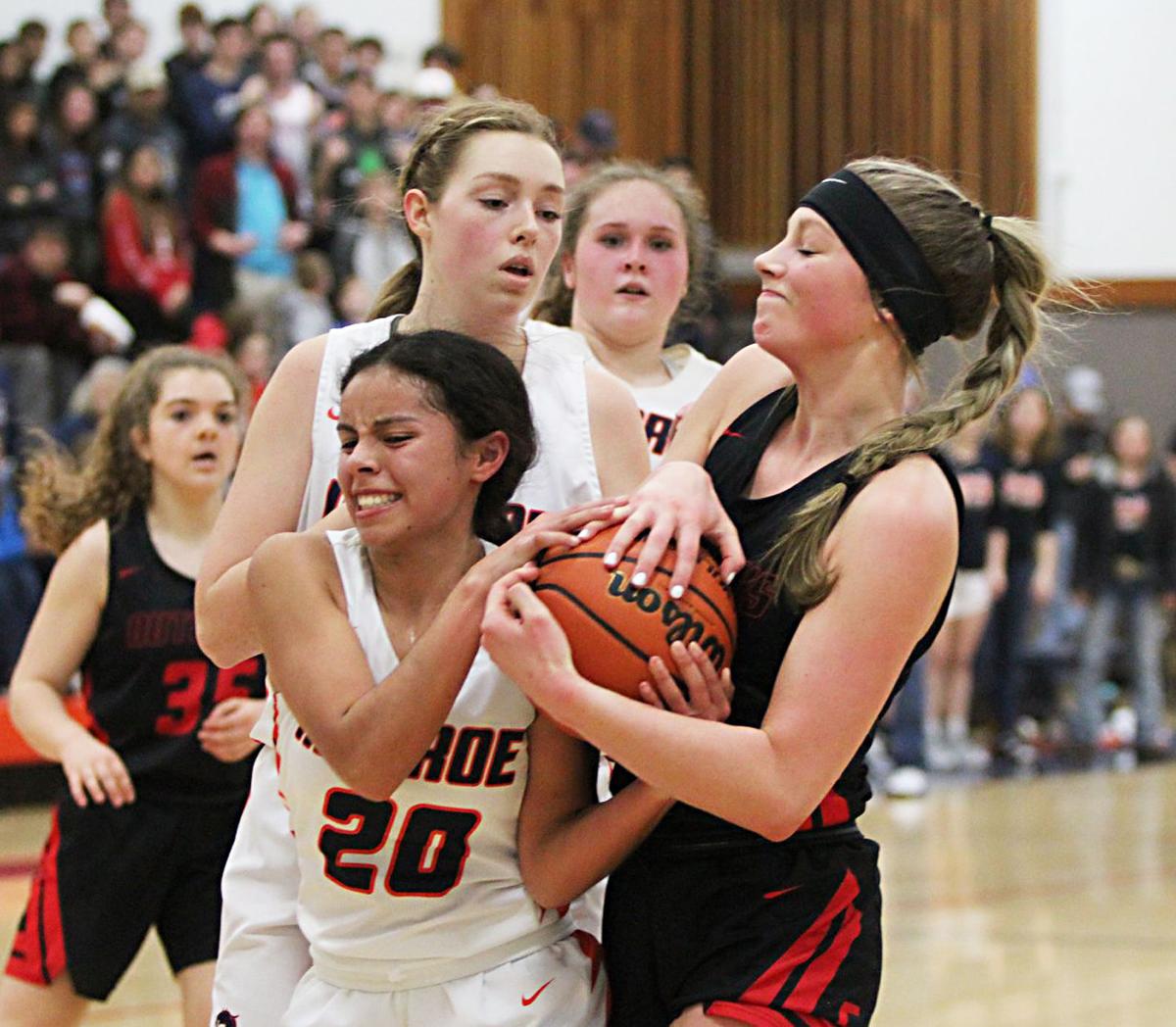 Monroe’s Mirtha Lopez wrestle with Enterprise’s Ashlyn Gray for possession of the ball. 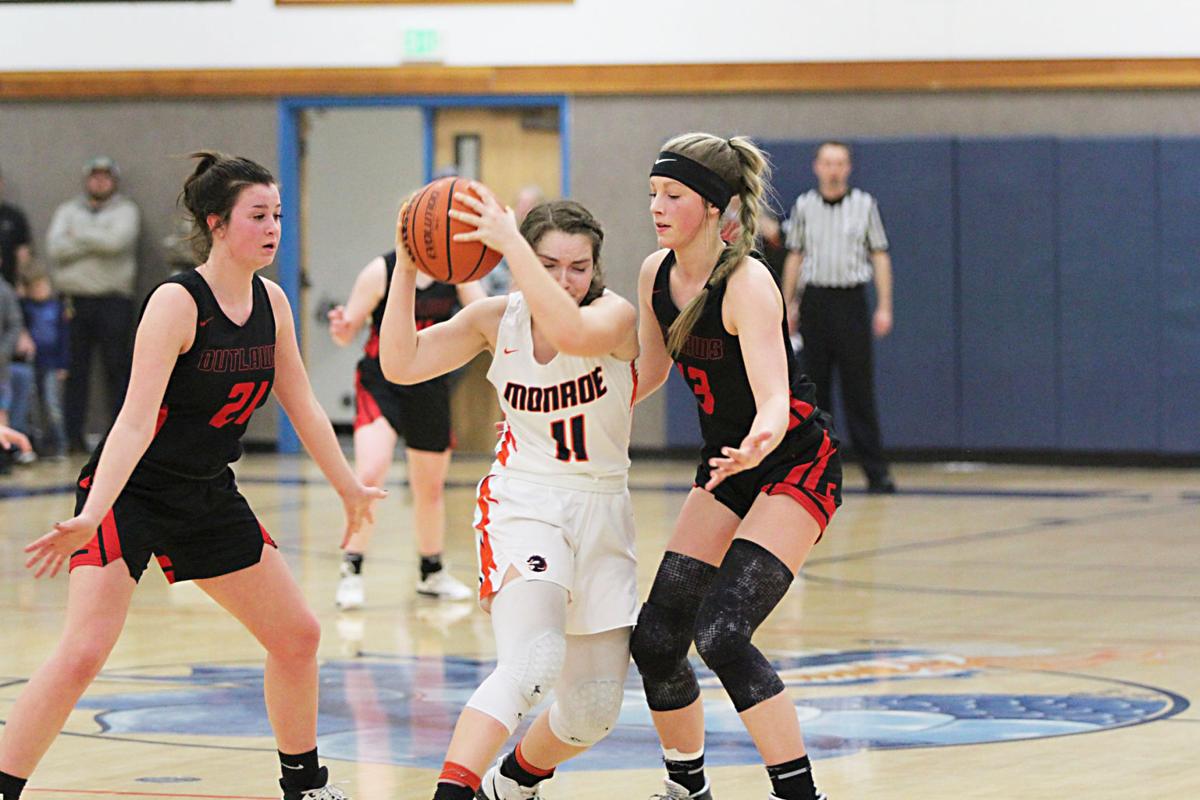 Monroe’s Mirtha Lopez wrestle with Enterprise’s Ashlyn Gray for possession of the ball.

The Enterprise Outlaw girls suffered a narrow and heartbreaking last minute 40-37 loss at the stomping grounds of the Monroe Dragons during the first round of state 2A playoffs on Friday, Feb. 28.

The Outlaws had traveled to Monroe the day before the contest and roared out to a 15-8 lead after the first quarter. The Dragons fired back in the next frame and even took the lead, momentarily, but the Outlaws rallied and held a 24-23 at the half.

The Outlaws held a lead at the end of each of the first three quarters. The fourth quarter turned into a see-saw battle with the lead switching several times. The Outlaws held a one-point lead in the final minute, but the Dragons sank a three-pointer. A foul shot opportunity arose for the Outlaws, but didn’t pan out, and the clock ran out before they could regroup.

“We had our chances, we had the ball at the end,” Crawford said. “I still thought it was our best defensive game. They (the Dragons) are a good team, and we just didn’t get it done.”

Coach Mike Crawford said the Outlaws could hold their heads high after the loss and called the battle the best game of the year for the squad.

“It was a really good game, and we had the lead in the last minute, so it is what it is,” he said. “I was really proud of them, and they played a great game.”

Senior Ashlyn Gray led the scoring with 11 poked in the hoop while shooting a very respectable 56% from the field. Gracie Niezen followed with eight points while sophomore Rylin Kirkland pocketed five.

“The girls I’ve got to step in there to those spots will do their job,” he said. “It’ll be a different team and a different makeup, but they’ll be good.”

The Outlaws ended the season with an 8-4 league record and 17-7 overall. They finished third in the Blue Mountain Conference.