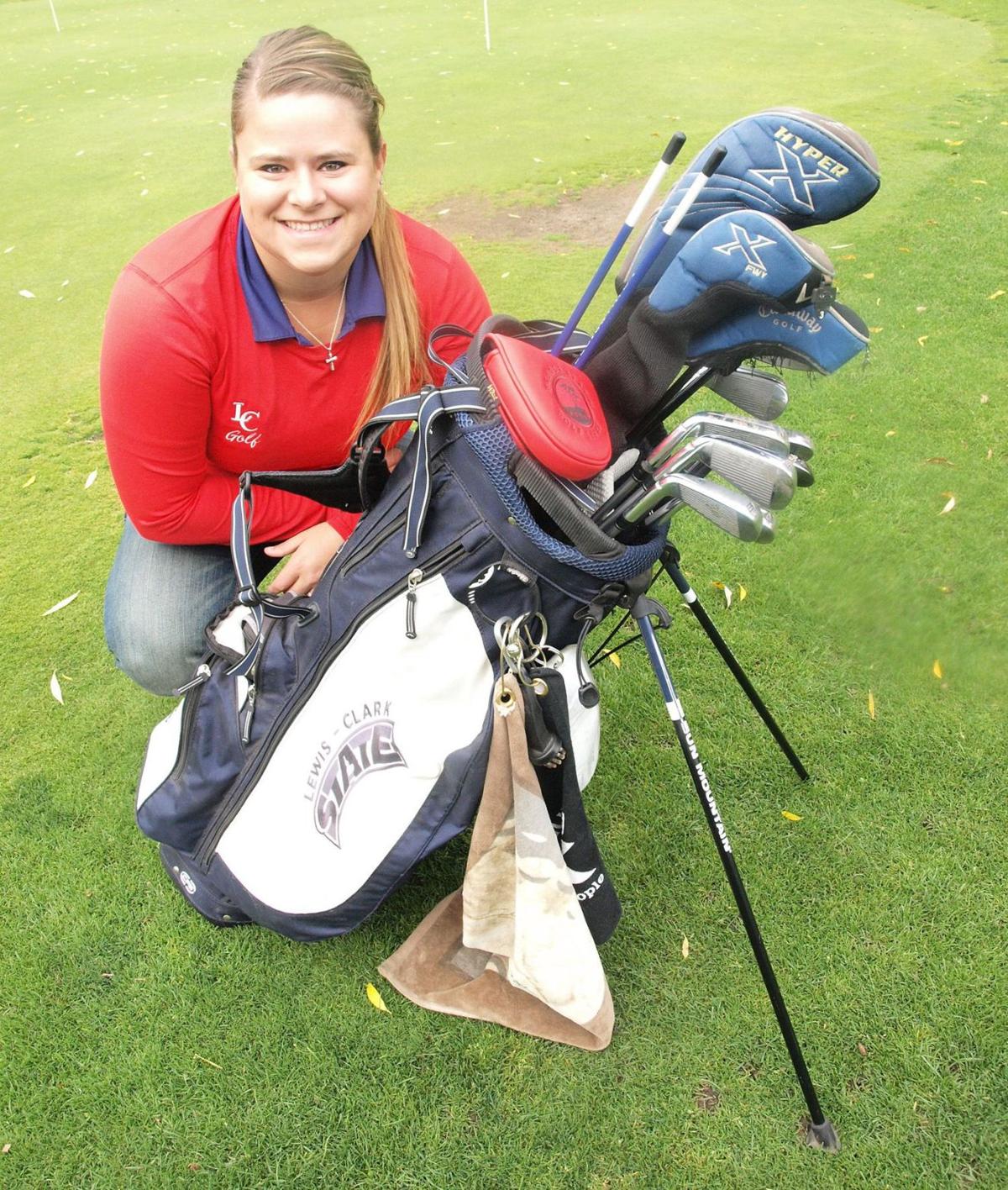 Heather Bruce, a 2009 graduate of Enterprise High School and later a first-team NAIA all-American golfer, has been honored as “Golfer of the Decade” by her alma mater, Lewis-Clark State College in Lewiston, Idaho. She is shown here in 2014. 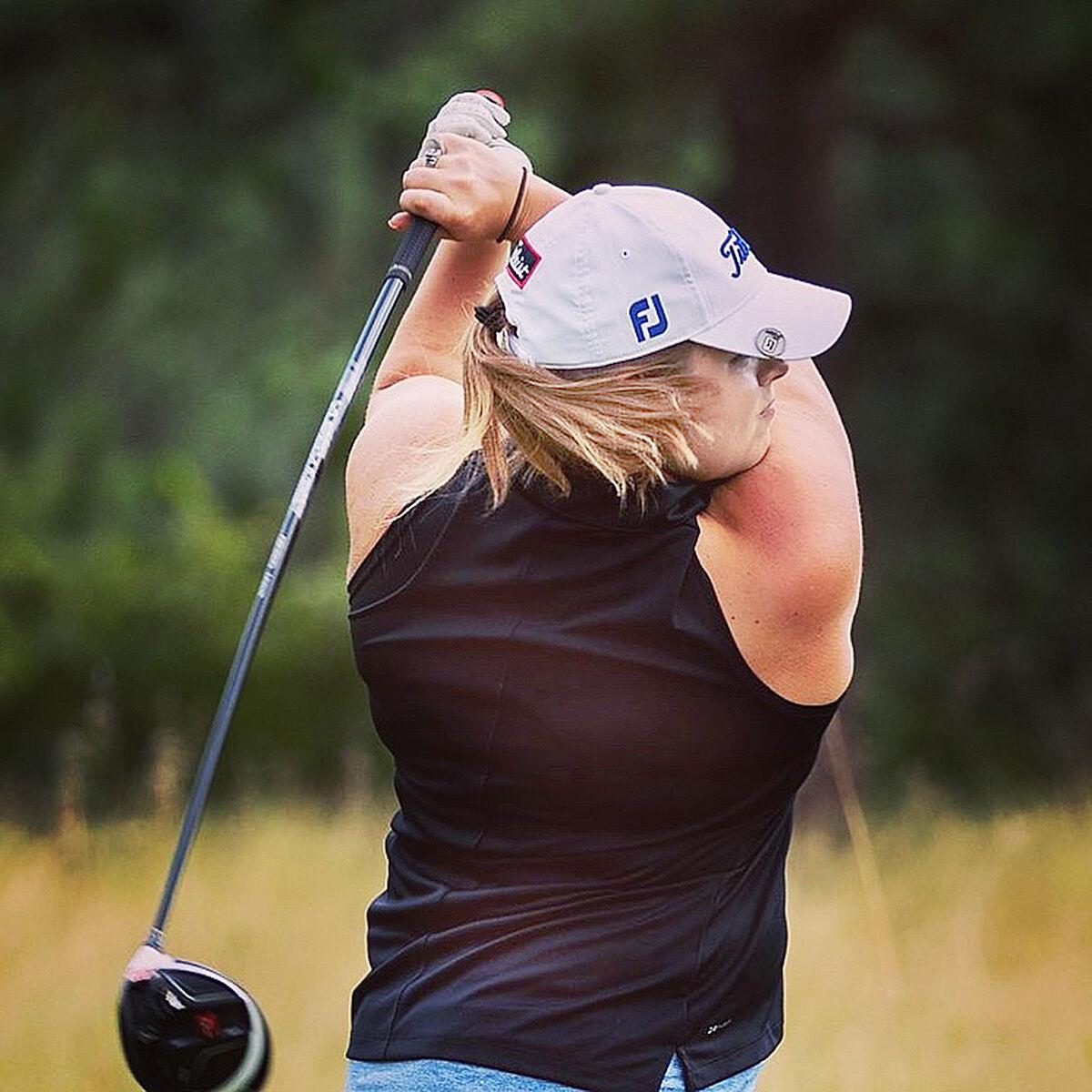 Heather Bruce, a 2009 graduate of Enterprise High School and later a first-team NAIA all-American golfer, has been honored as “Golfer of the Decade” by her alma mater, Lewis-Clark State College in Lewiston, Idaho. She is shown here in 2014.

ENTERPRISE — Heather Bruce, a 2009 graduate of Enterprise High School who starred in golf throughout high school and college, has been named “MVP Golfer of the Decade” by her alma mater, Lewis-Clark State College in Lewiston, Idaho.

“For me, it’s kind of cool because it takes my career full circle,” she said. “It’s really an honor. I’m sort of on the other side of the decade spectrum for this one, so it’s even more of a cool thing to see.”

The current LCSC coach, Kyla Lien, said that Bruce had “spearheaded a new generation of more dedicated and good golfers” who came to play for the school.

Bruce is the daughter of David and Melody Bruce of Enterprise. She led the Enterprise golfers in 2009, individually taking third at the 4A/3A/2A/1A state tournament, and then went on to stardom on the links for LCSC.

Bruce was a team leader and outstanding golfer for her college team. In her first season, she was named the Frontier Conference freshman of the year. She was named the Frontier Conference player of the year as a junior, and placed 51st at the NAIA national tournament. She became the first LCSC women’s golfer since 2007 to be named an all-American after garnering first-team all-American honors in her senior season. She was named the conference player of the year for the second year in a row. In 2014, Bruce finished her college career ranked fourth in the nation among NAIA women golfers.

Today, Bruce has put her college major in business and marketing to work with a position as marketing project coordinator for Regency Centers, a real estate management company in Jacksonville, Florida, that owns and operates shopping centers around the United States.

“Jacksonville is warm,” she said. “I spent way too much time living in Montana. I like the heat, and I absolutely love living in Jacksonville.”

Bruce is keeping her golf skills honed partly by coaching at golf camps for the Fellowship of Christian Athletes, a nonprofit, interdenominational Christian sports ministry.

I’ve worked with them for about eight years,” Bruce said. “I work with kids’ camps every summer. It’s really impactful for the kids. You get to develop a relationship, and affect their lives for the better. No matter what their background, every kid can use a little more support. You get to show them that wherever they are at in life, they have so many opportunities in their futures.”

She hopes to “plug into a school in Florida,” and coach golf in the near future, she said.

“I’ve seen more and more people get out on the golf course this year, especially during the pandemic,” Bruce said. “It’s been nice to watch people discover how much fun and relaxing golf can be. Golf is one of those things where you can just go out and be at peace on the golf course.”