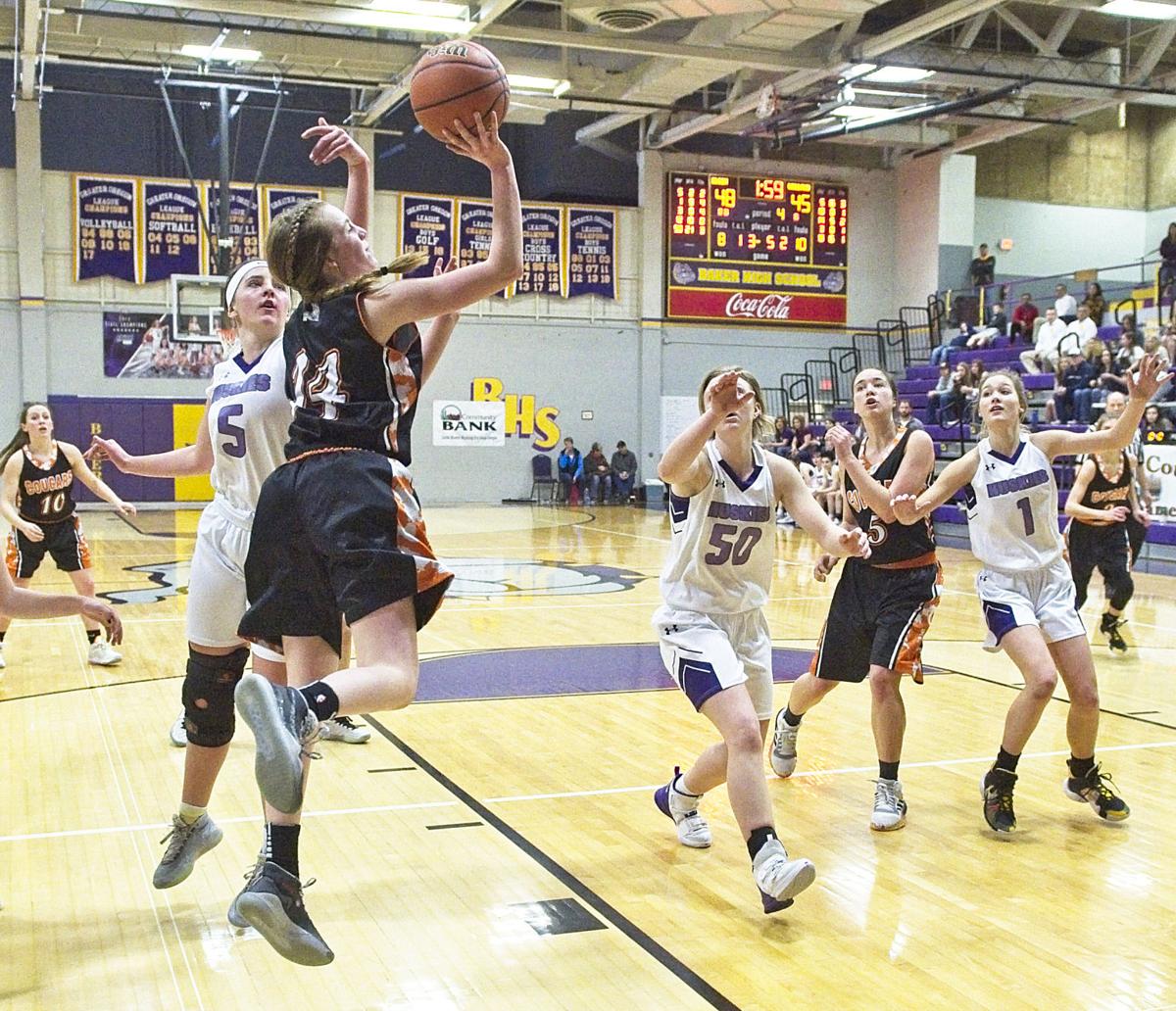 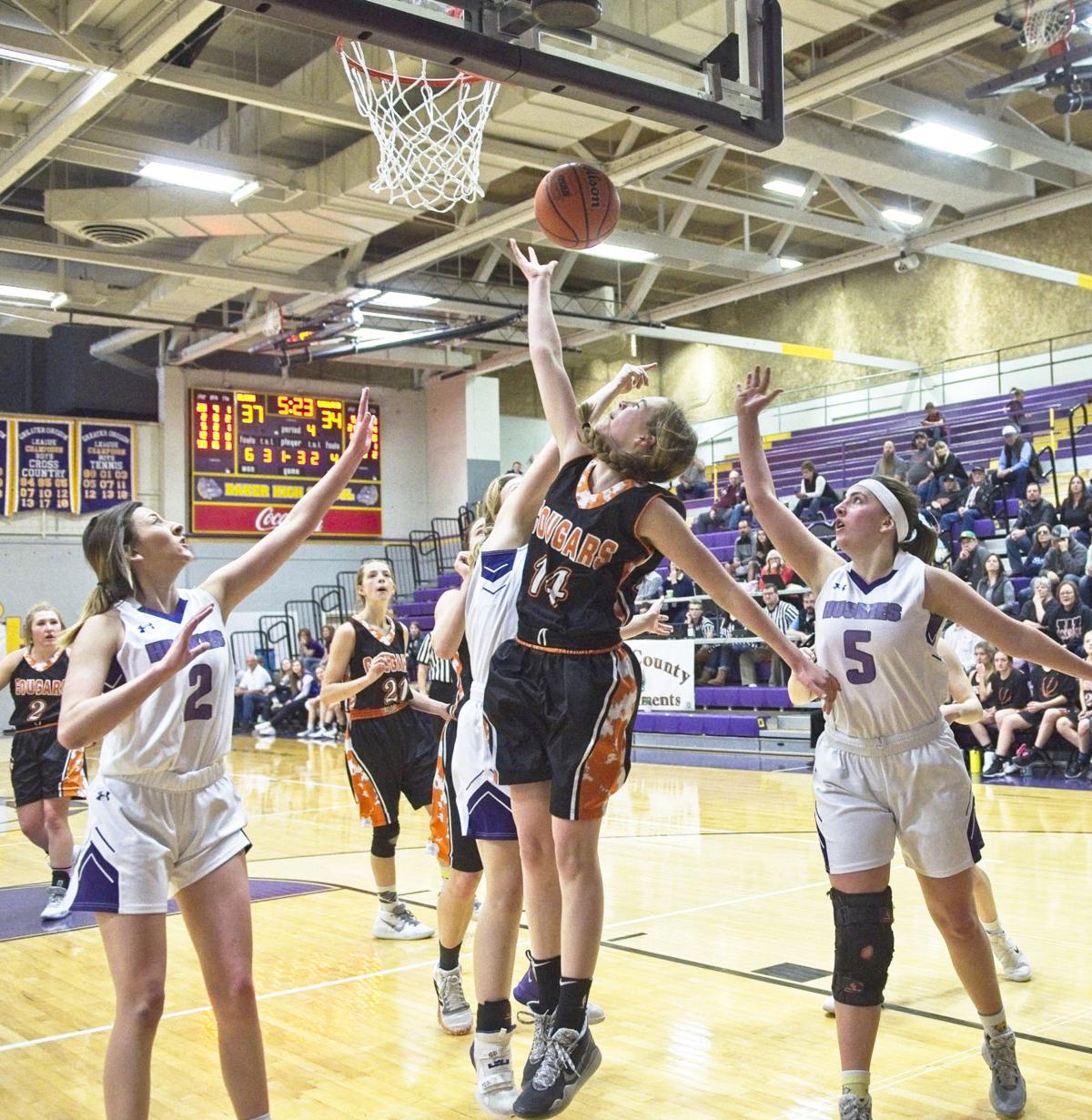 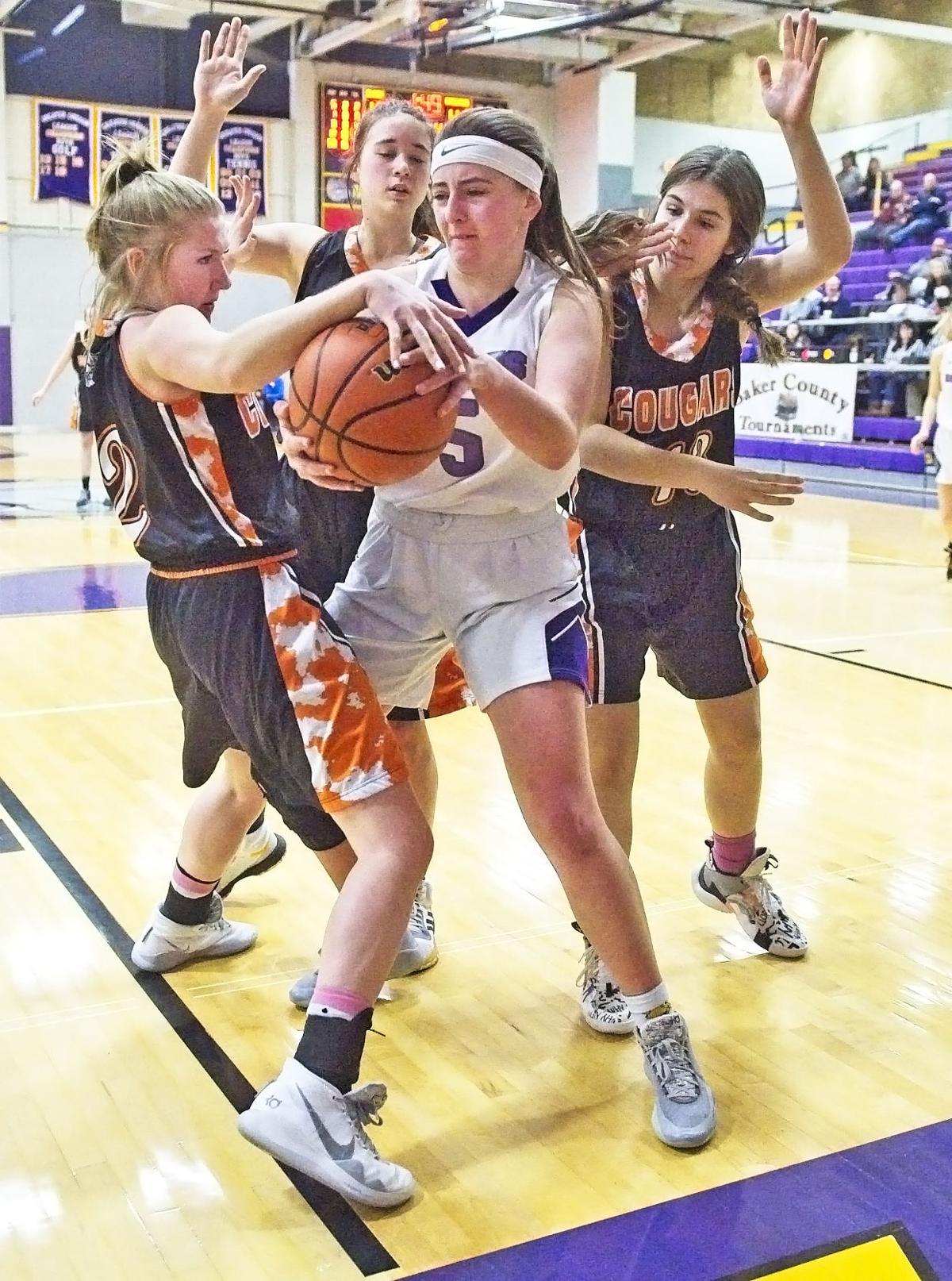 Ella Moeller contests a rebound with Elgin's Kaelin Evans with 1.48 to go and the score tied 41-41. 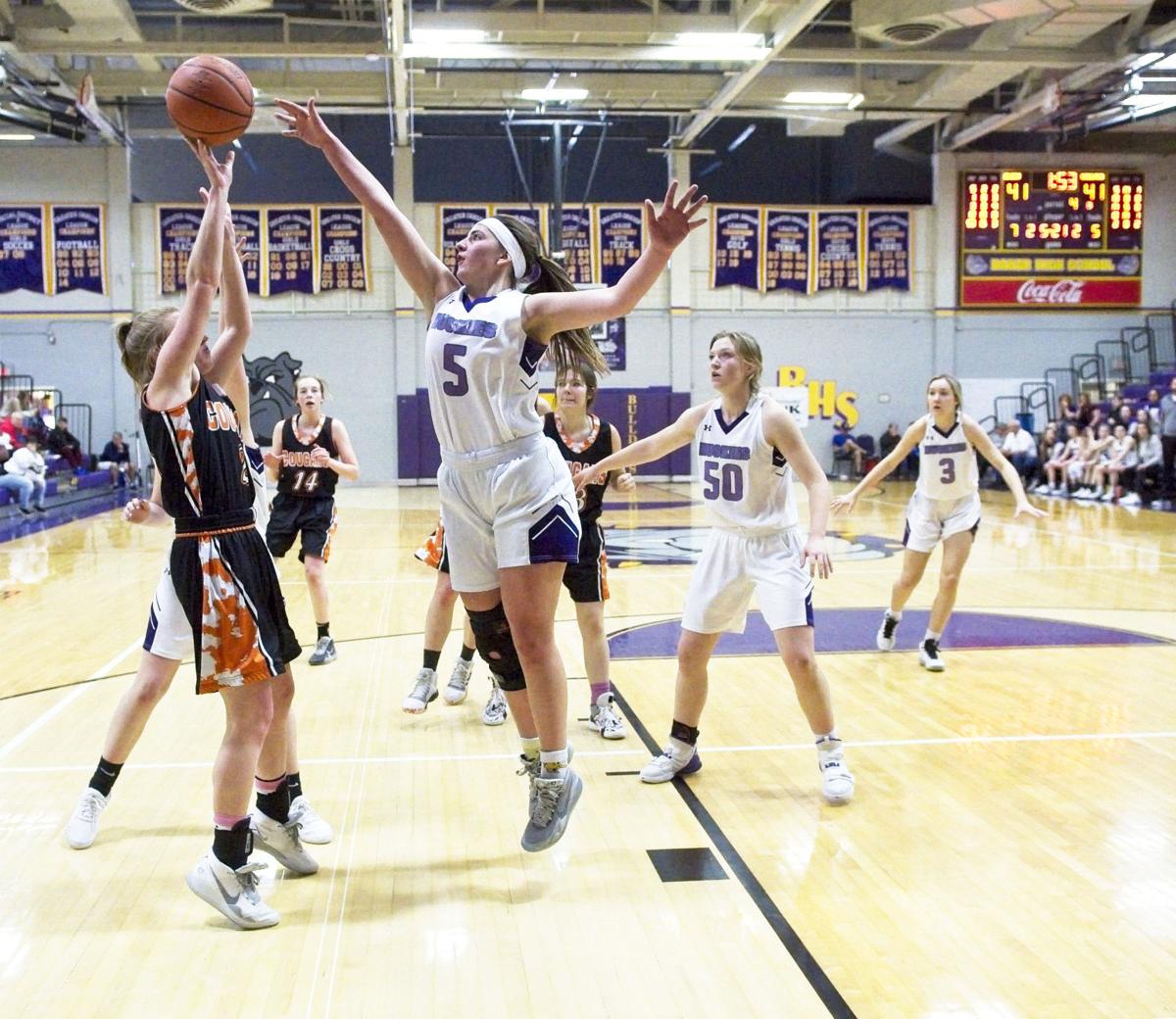 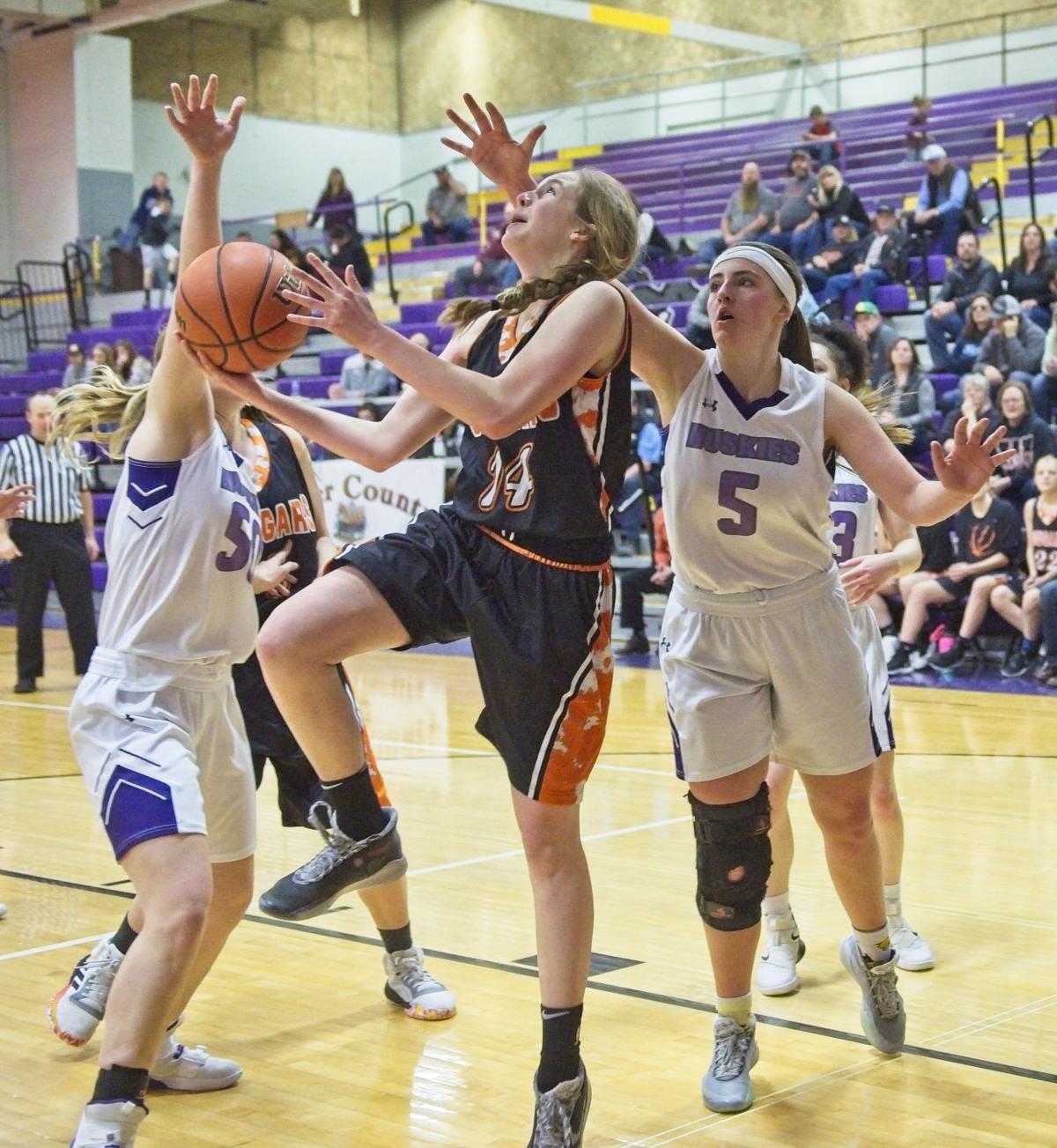 Wallowa's Libby Fisher shoots in a crowd of Elgin defenders. 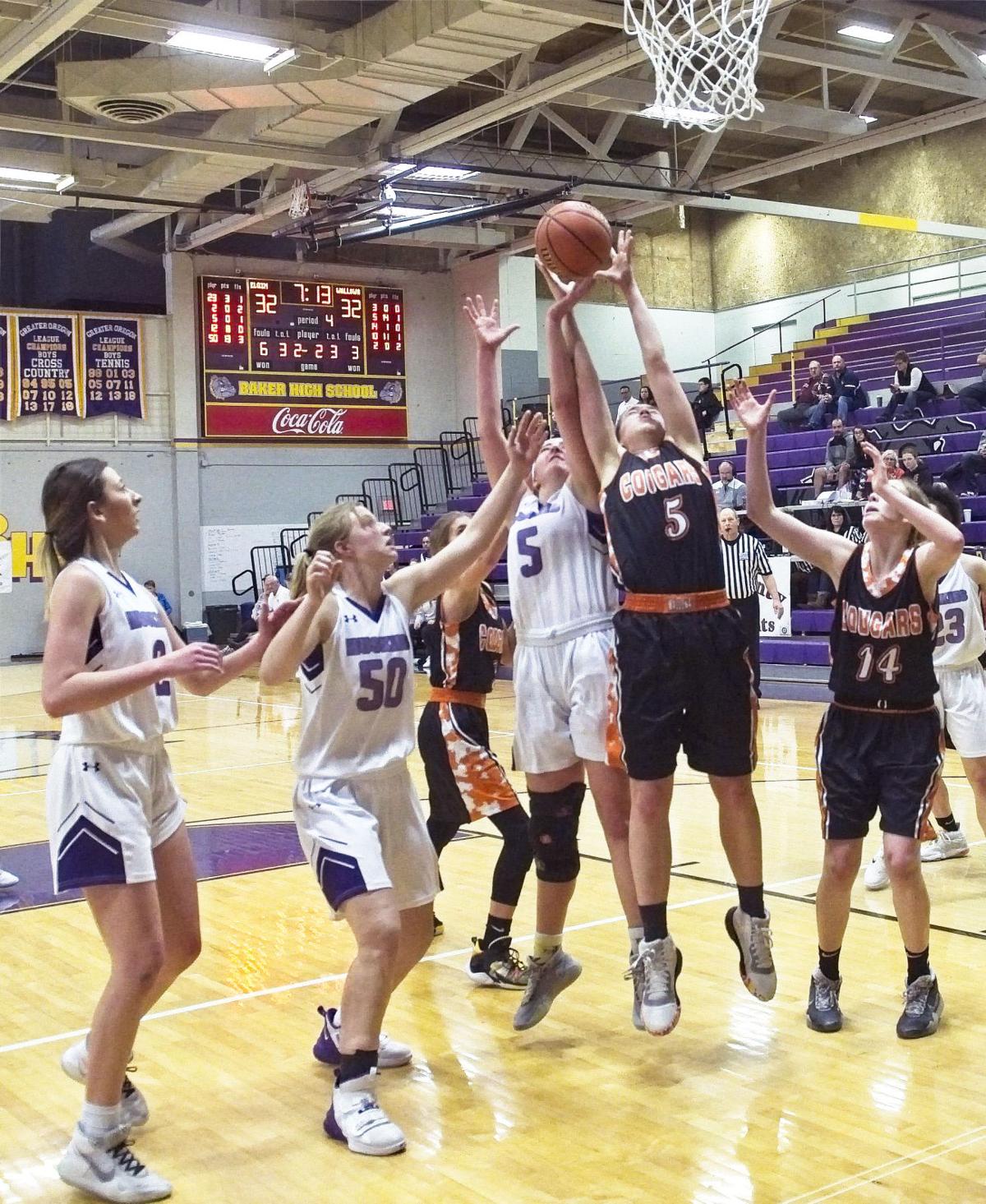 Haley Brockamp snags the rebound at the Wallowa basket with score tied. 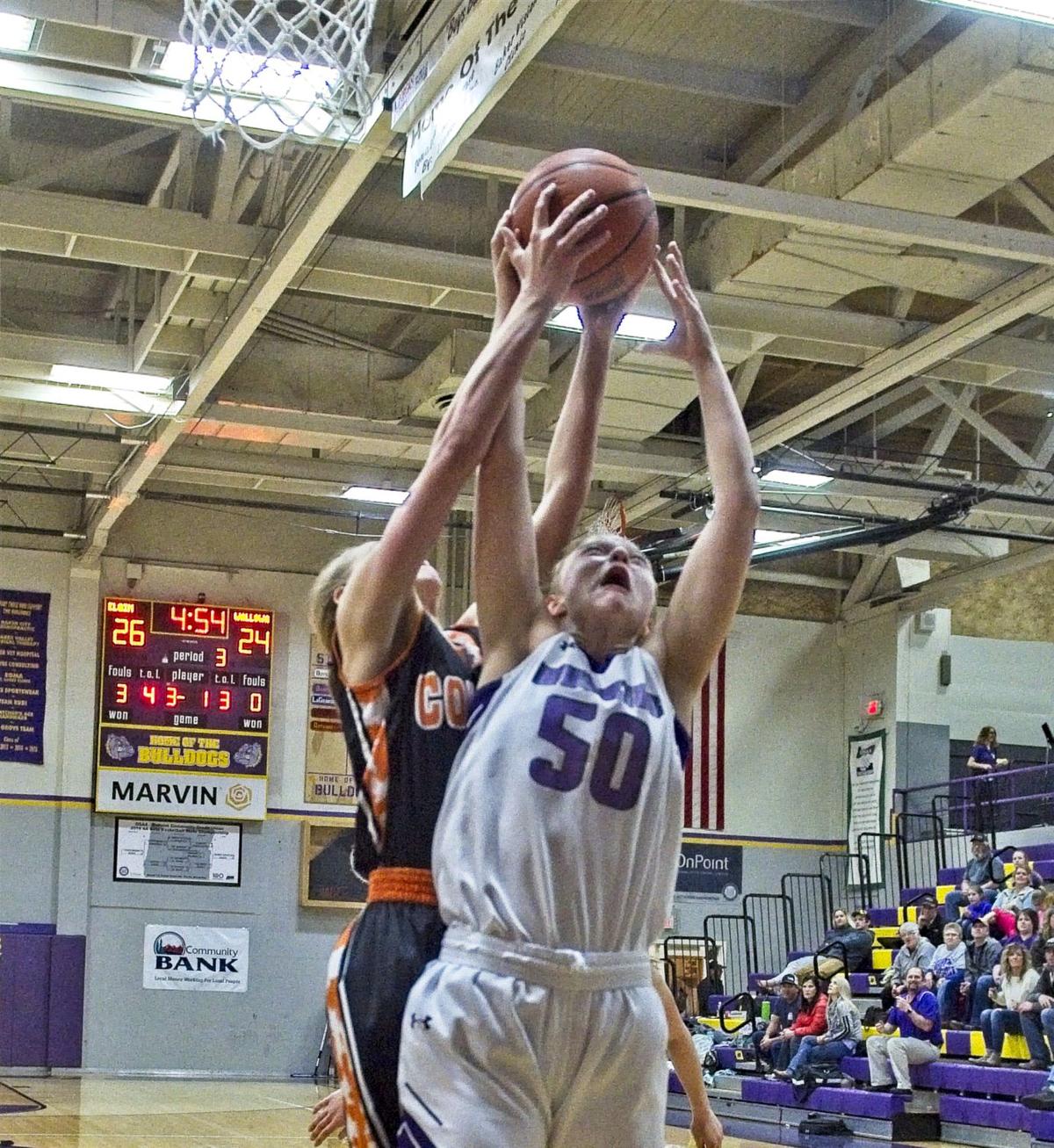 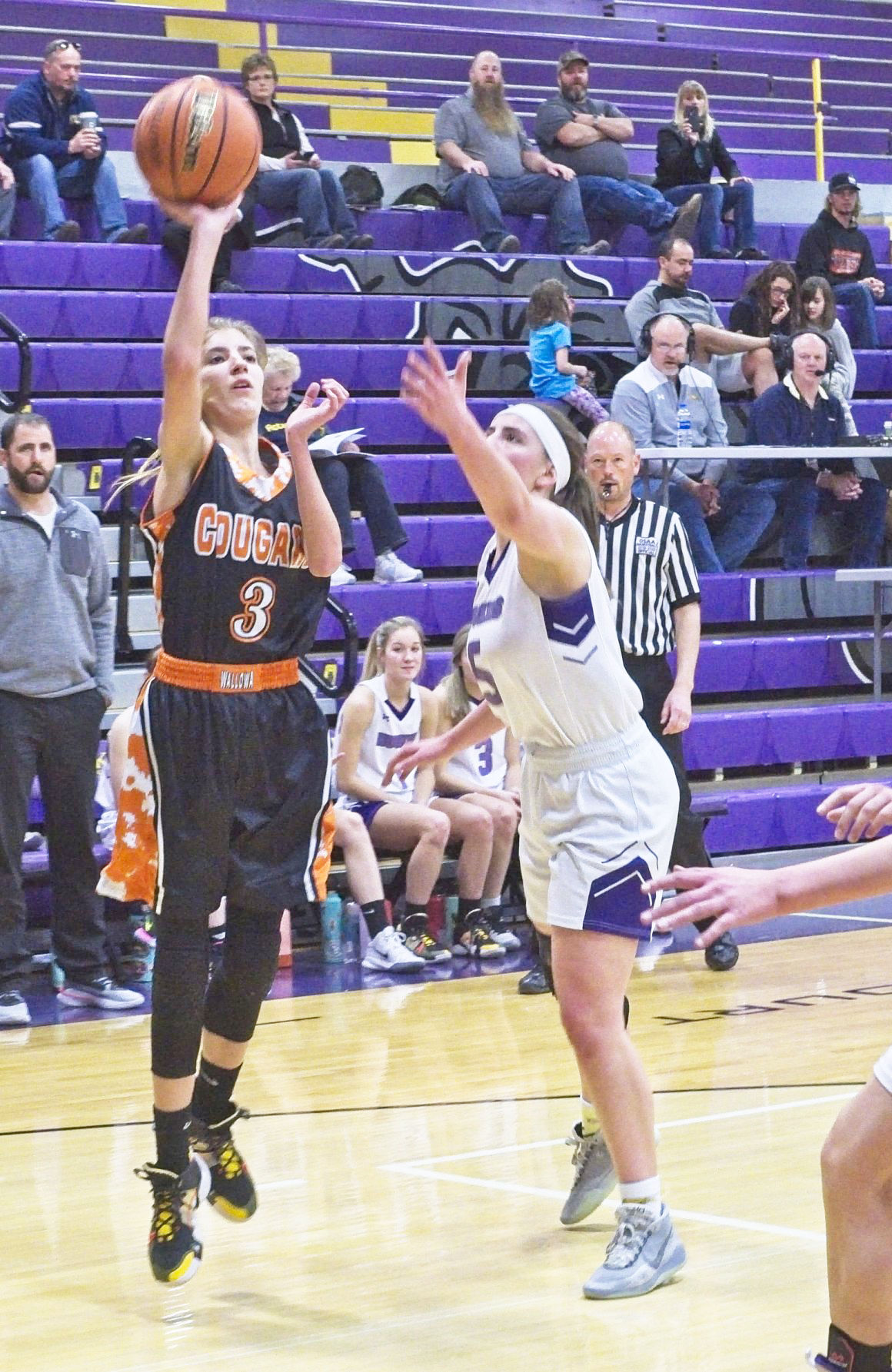 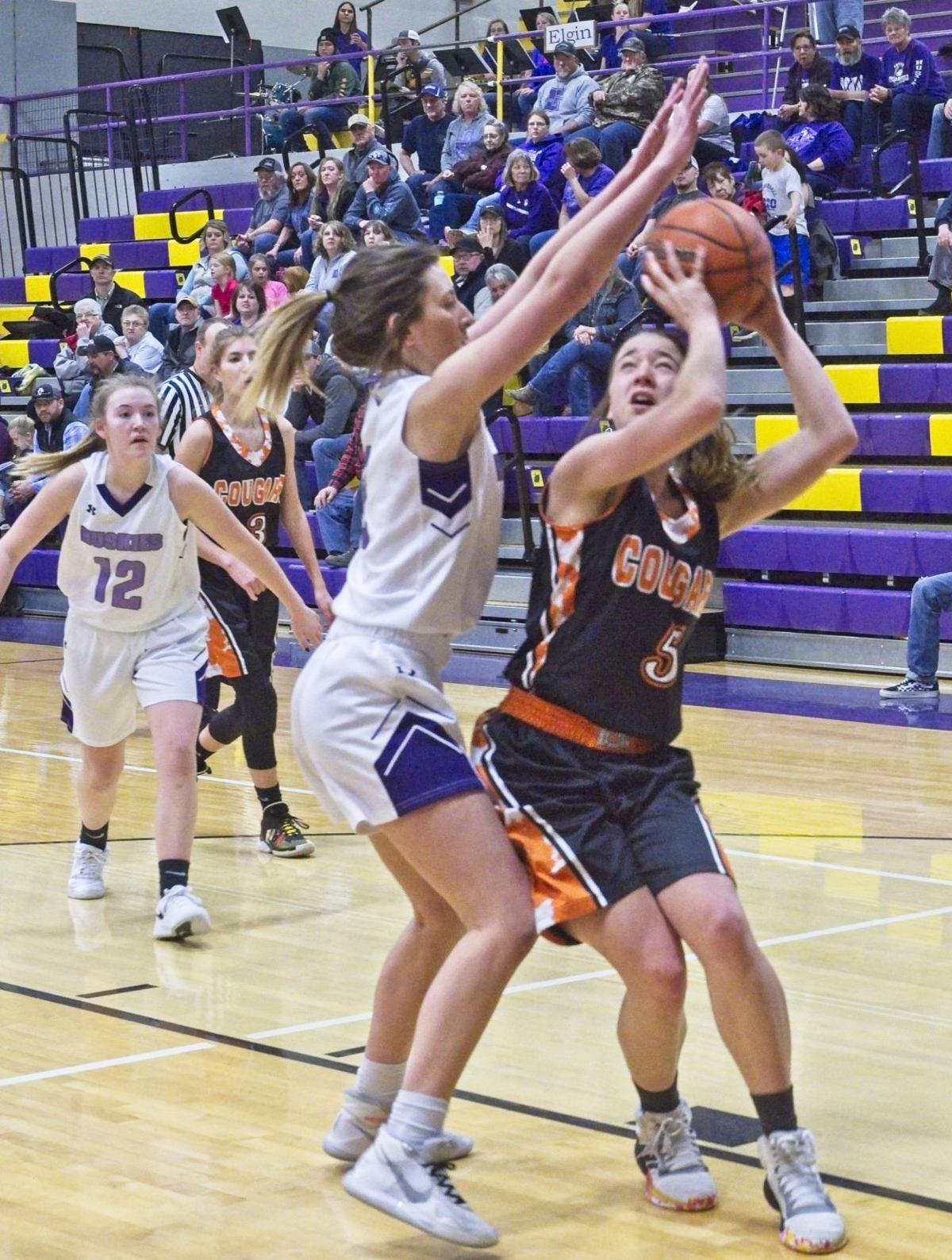 Haley Brockamp looks for a shot.

Ella Moeller contests a rebound with Elgin's Kaelin Evans with 1.48 to go and the score tied 41-41.

Wallowa's Libby Fisher shoots in a crowd of Elgin defenders.

Haley Brockamp snags the rebound at the Wallowa basket with score tied.

Haley Brockamp looks for a shot.

The Wallowa Cougars girls played  smart and tough against the Elgin Huskies on Saturday, but came out on the short end after sending the game into overtime. The loss was especially disappointing after a close 48-52 game with now-district champion Joseph on Friday night.

"The girls played hard," said coach David Howe. And indeed they did.

The score at the end of the first quarter was 10-6 with Elgin in the lead. Haley Brockamp sank two short-range layups, and Kyla Hook and Jamie Johnston each contributed a foul shot as compensation for being fouled in the act of shooting. The story was similar in the second quarter, with Wallowa outscored by Elgin 14-11 and shooting a dismal 23% of their field goal attempts to Elgin's 43%. At the half, the Cougars trailed 17-24.

However, a different Cougar team emerged from their locker-room den at the half. They shot 48% for field goals and 63% of foul shots. They tied the score in the last minute of the third quarter, and kept the lead see-sawing through the fourth. With less than 2 minutes remaining, the Cougars led by a tenuous 2 points. But with only 1.7 seconds to go, Wallowa fouled Elgin's No. 50, Tymra Anderson. She sank both free throws, tying the game at 45-45.

In the ensuing 4-minute overtime, Elgin totaled 9 points on a three-pointer, a layin and four foul shots, while a smaller, tired Wallowa team could muster only three points from a Libby Fisher foul shot and Haley Brockamp layin.