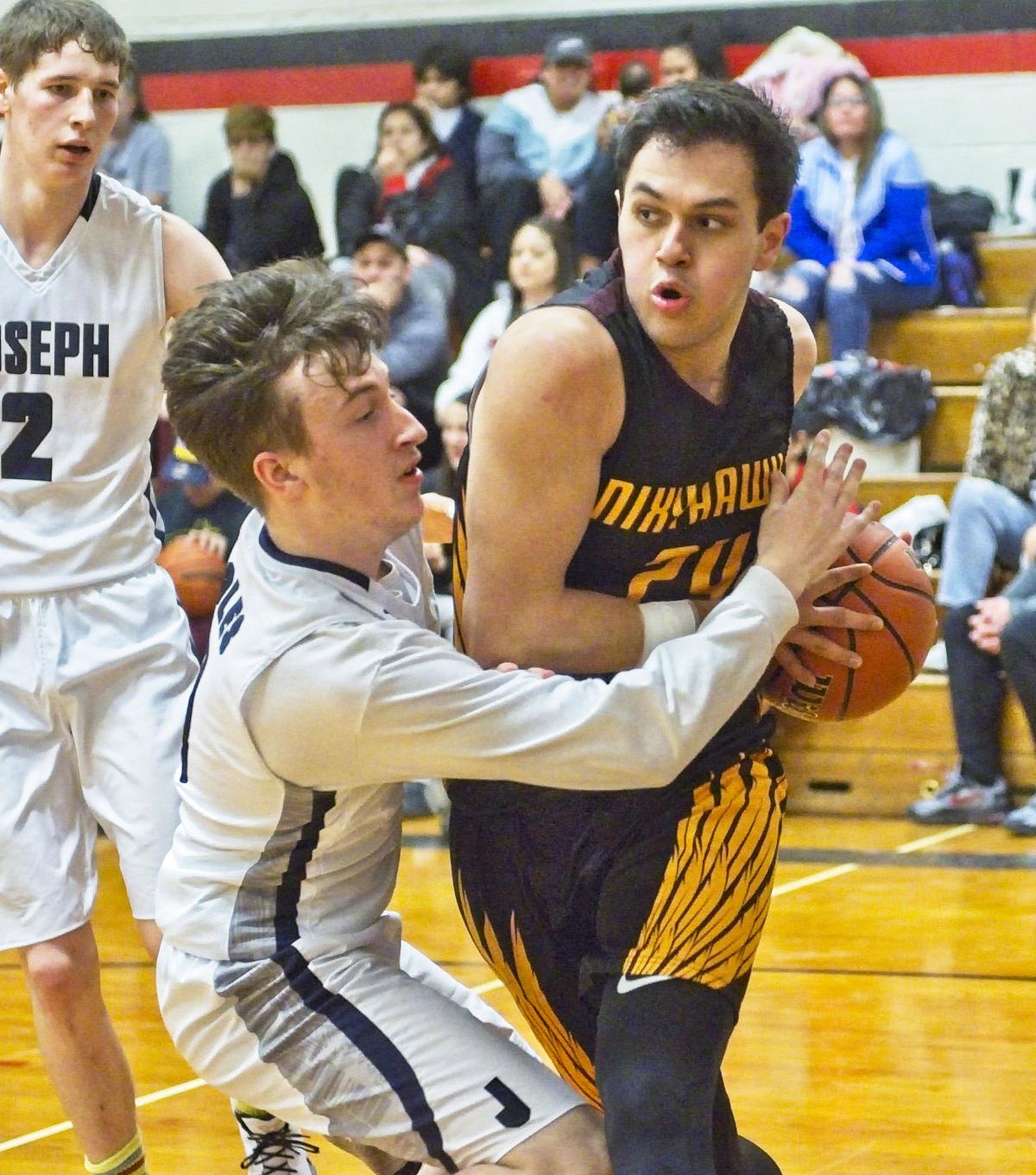 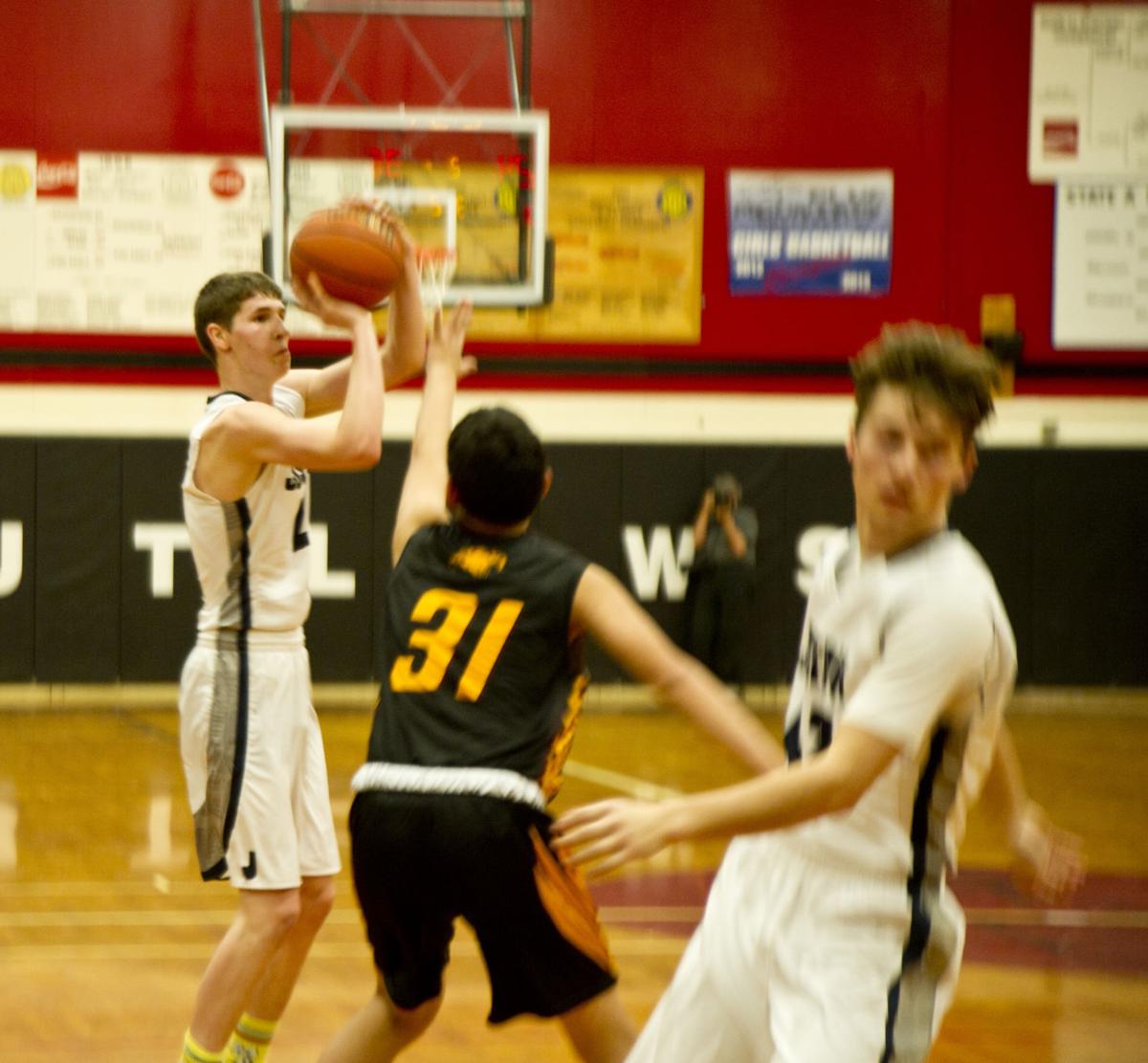 Murray for three — Chase Murray drains a three-pointer in the Eagles narrow 67-61 loss to Nixyaawii on Saturday, Feb. 15. 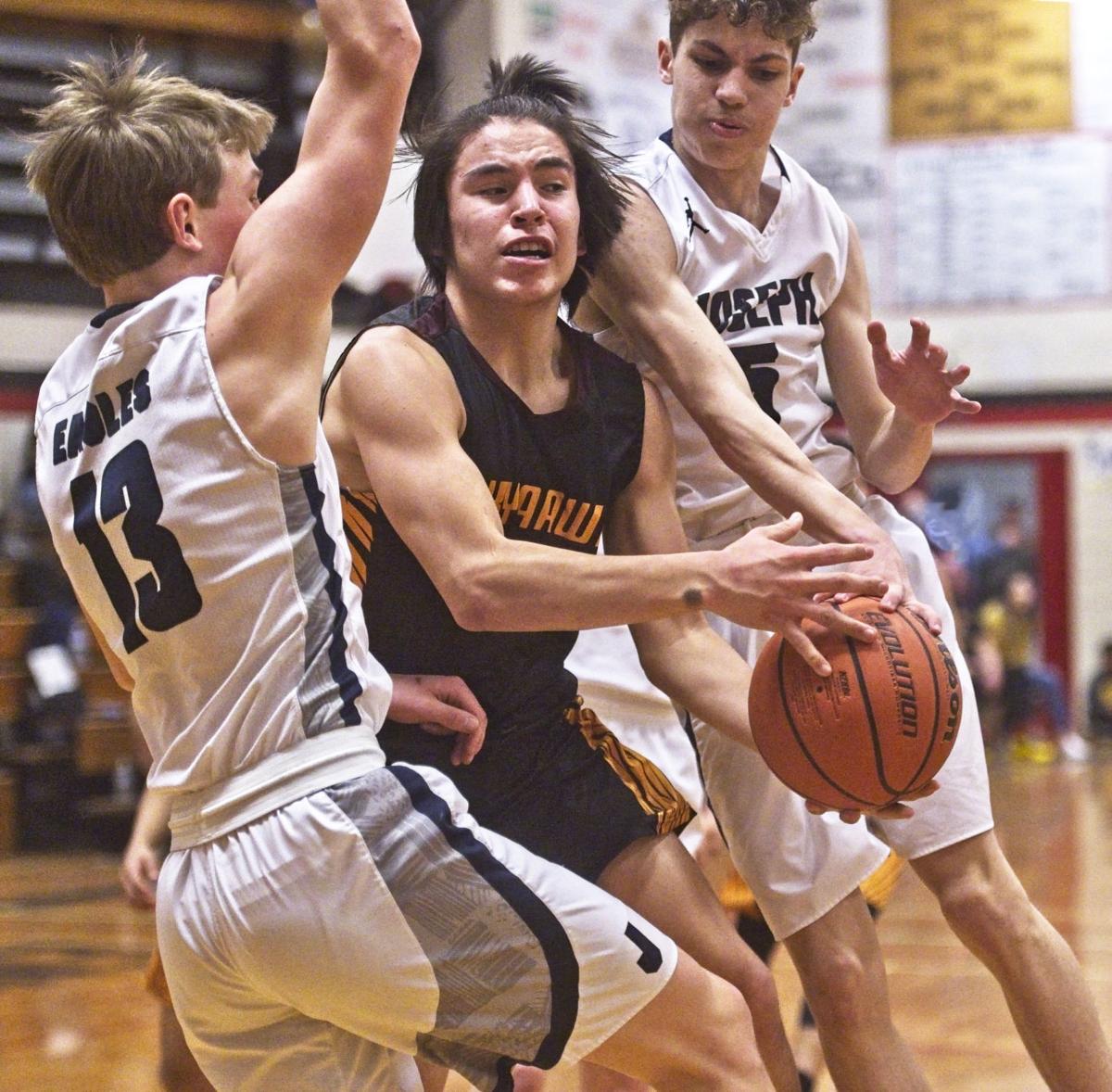 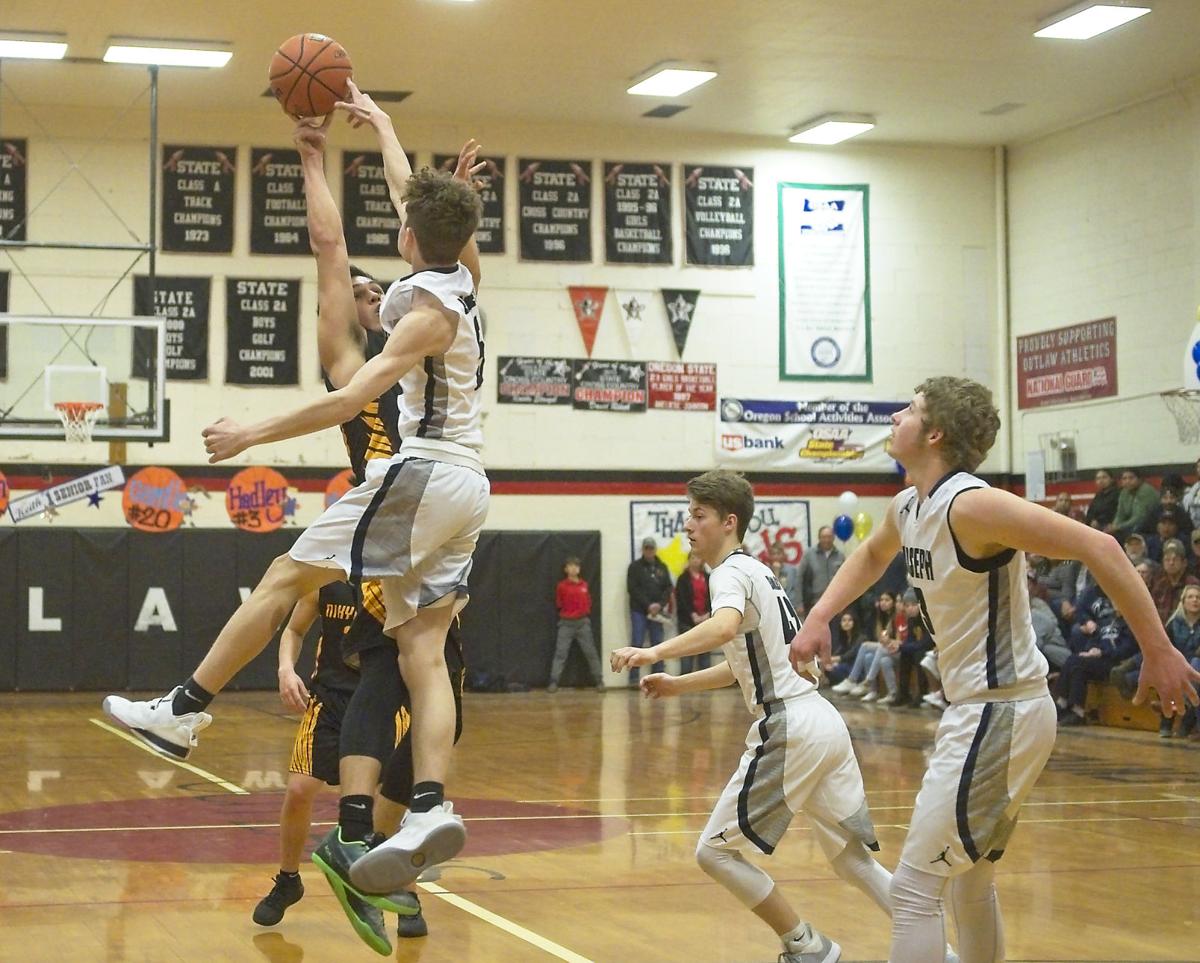 Murray for three — Chase Murray drains a three-pointer in the Eagles narrow 67-61 loss to Nixyaawii on Saturday, Feb. 15.

February 15 saw the Joseph Eagles boys playing at their temporary home court in Enterprise, hosting Nixyaawii on Senior Night. The highly anticipated game provided plenty of action. But the Joseph team lost by a narrow 67-61 score, although they had tied the game and led for a short time in the fourth quarter.

Fulfer said that the loss gave him hope for the team’s future at state, and he was happy with the squad’s second half performance, while he felt the first half was lacking, with the Eagles down by 13. The coach blamed himself for the lacklustre first half. He said the Eagles started with a zone offense, which failed to stop the Golden Eagles.

“They burned us in the zone and built up a big lead and we ended up going back to man and that worked a lot better,” he said.

After a half-time pep talk and discussion the Eagles went to work with their offense, patiently moving the ball and working their way into high-percentage shots while chopping away at Nixyaawii’s lead. Joseph outscored the Golden Eagles 23-11 in the third quarter, setting the stage for the exciting final quarter.

The fourth quarter battle saw the two teams exchanging leads, but the Golden Eagles had slightly better luck at the basket, ending with the 67-61 defeat for Joseph.

Fulfer said he was proud of the team.

“They didn’t let all the little things get to them and they battled back,” he said. “I really like coaching these guys and they make my job a lot of fun.”

Fulfer also gave the Golden Eagles credit for making shots when it counted while noting the Eagles came a hair’s breadth from defeating the best team in the state.

Chase Murray led the scoring with 28 points while Mason Ferre‘ followed with 11 and Miller with nine. Fulfer also noted the defense of Reece Nelson and called him a player of monster potential. Littlepage also came in for defensive kudos from the coach.

The weekend left the Eagles with a 9-3 League record and 18-6 overall while holding down third place in the Old Oregon League. Joseph will face Pine Eagle at Baker on Thursday, Feb. 20, for their first District game.