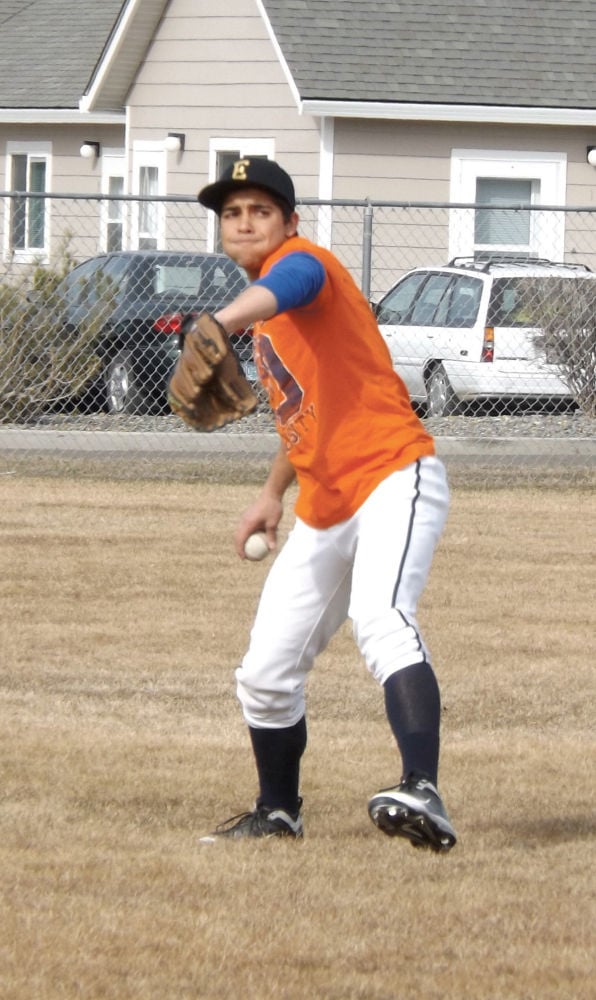 <p>Cody Duquette throws a ball during an Eagles a practice session last week. He switched to golf in 2012 but like some of his teammates is happy to be back on the ball-field.</p>

<p>Cody Duquette throws a ball during an Eagles a practice session last week. He switched to golf in 2012 but like some of his teammates is happy to be back on the ball-field.</p>

The content of most sports team previews regularly delves into prior-year successes, both for teams and individual players.

Thats not true for the 2013 Joseph-Enterprise Eagles high school baseball team that went dormant last year because too few players turned out for the sport.

Whereas only 11 players turned out for baseball a year ago, one shy of Joseph High Schools minimum requirement of a dozen, 20 players are on the roster this year.

Head baseball coach Calvin Word was out of town and unavailable to consult for this article, hence assistant coach William Castilleja provided the Chieftain with the following information.

Although the season only started last week, one item thats jumped to the forefront is that senior Blu Risseeuw is the teams No. 1 pitcher. Thats not a startling fact in the sense that Risseeuw only transferred to Enterprise High School in the fall of 2012, meaning he did play baseball last year for league rival Elgin.

Among other Eagles slated to spend time this year on the mound are senior Jordan Wulff-Castilleja and freshman lefty Justin Exon. Exon made an impressive high school debut last Thursday by recording three strikeouts in one inning of relief.

Early season indicators are that Wulff-Castilleja and senior Jacob Curtis could become the squads two best hitters, yet several other players on the team are proficient with the bat as well.

Curtis, entrenched in the position of first base, should prove to be Jos/Ents top power hitter.

Coach Castilleja says there is a good mix of seniors, juniors, sophomores, and freshmen on the team.

In the background seeking time at the catcher position behind Beaudoin are junior Austin Quinby and frosh Devin McQuead.

Learning the ropes to play first base behind starter Jacob Curtis is his younger brother, freshman Andrew Curtis.

Vying for playing time at second base will be junior Caden Christman and freshman Will McCadden.

Wulff-Castilleja is expected to have a lock on third base when not pitching or shifting to shortstop when Risseeuw  the teams best shortstop as well as pitcher  is on the hill. Others who could fill in at the hot spot at third base include Beaudoin and Quinby.

Starting the season in the outfield for the Eagles are Exon in left field, Duquette in center, and the teams second left-hander, freshman Sam Beckman, in right field.

In addition to William Castilleja, assisting Word with coaching duties is Kris Shields.