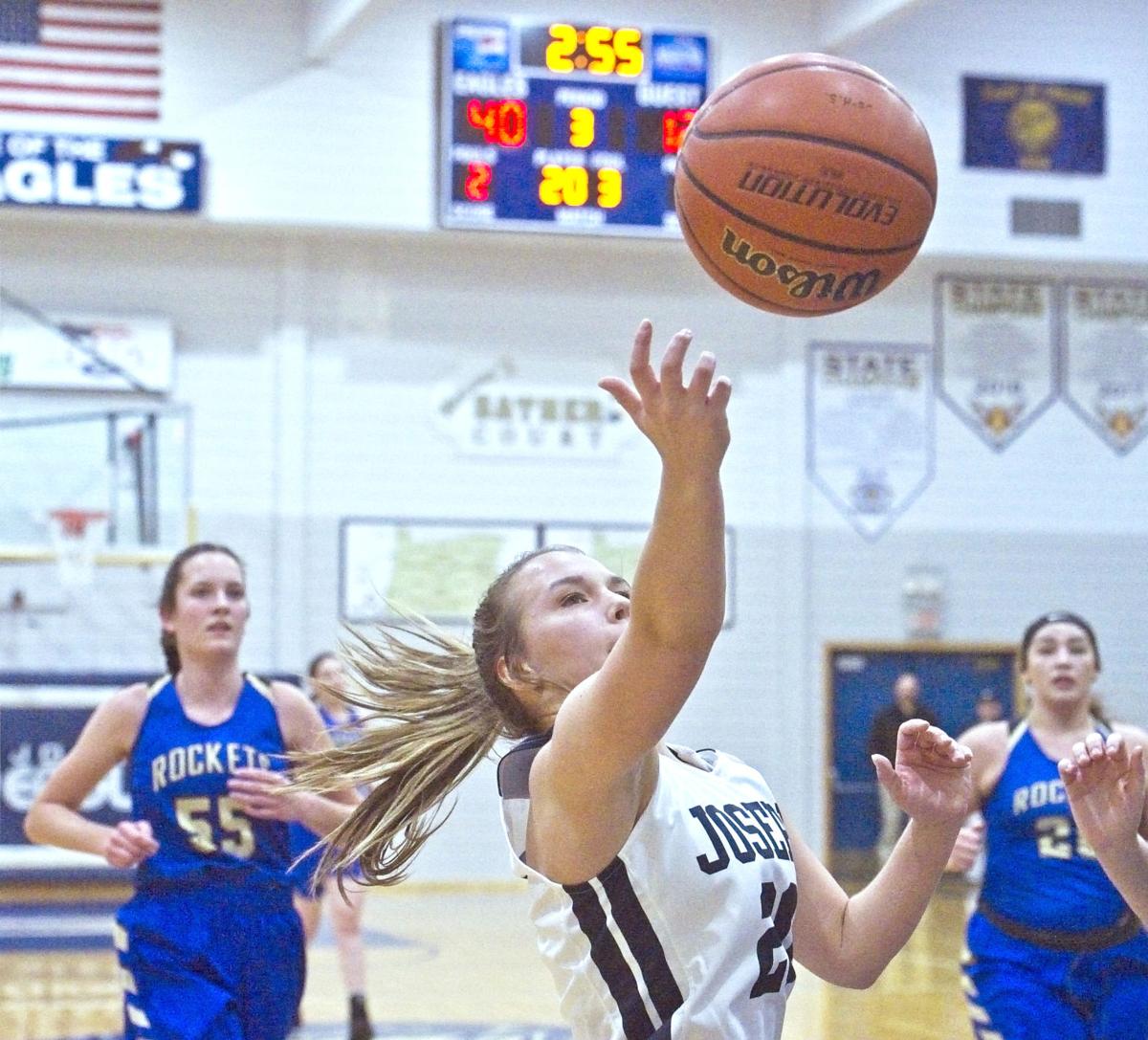 Joseph’s Camille Crenshaw goes in for an uncontested laying in the third quarter of the game with Pilot Rock. 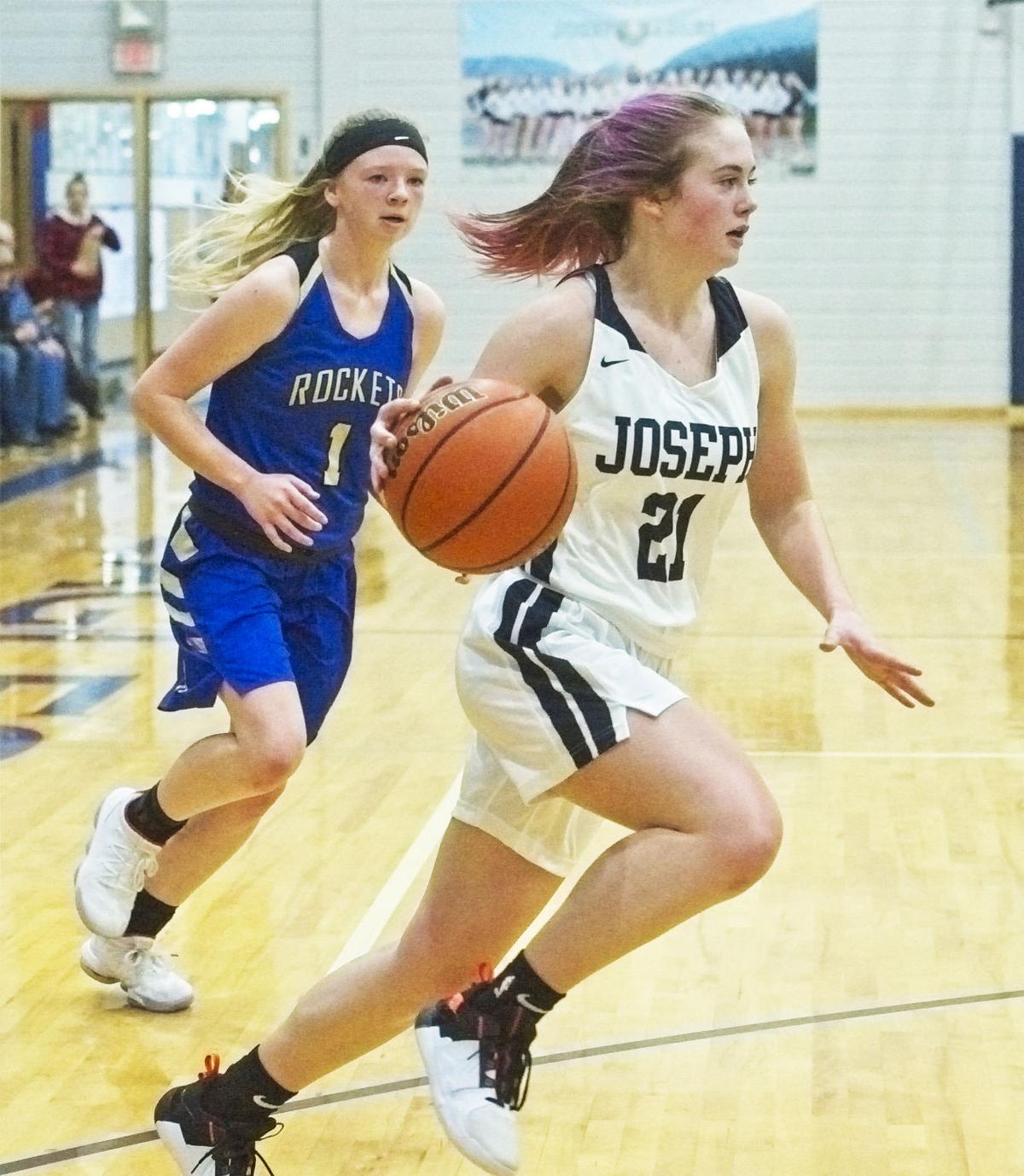 Sabrina Albee drives to the hoop during the Joseph-Pilot Rock game Dec. 7. 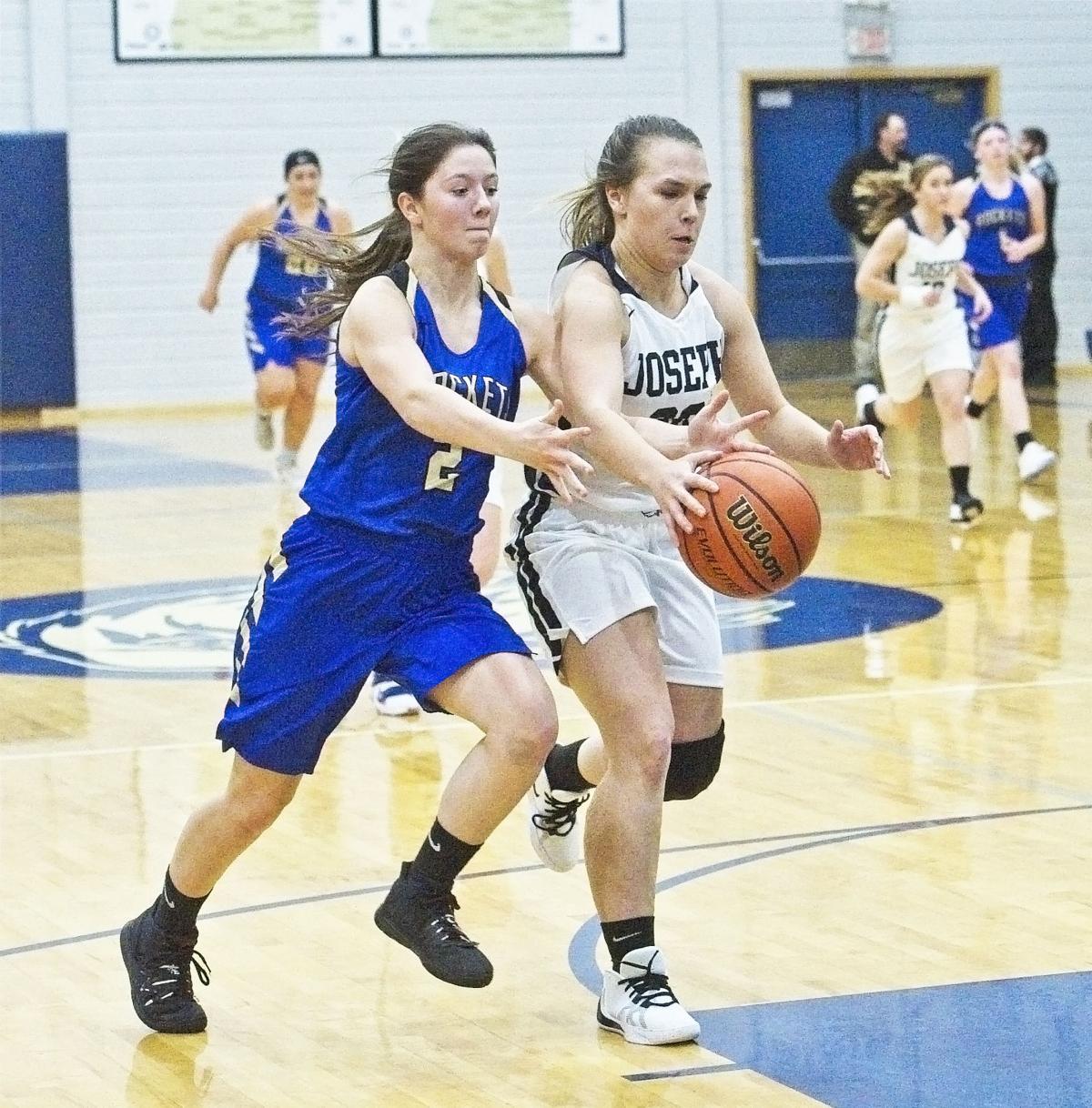 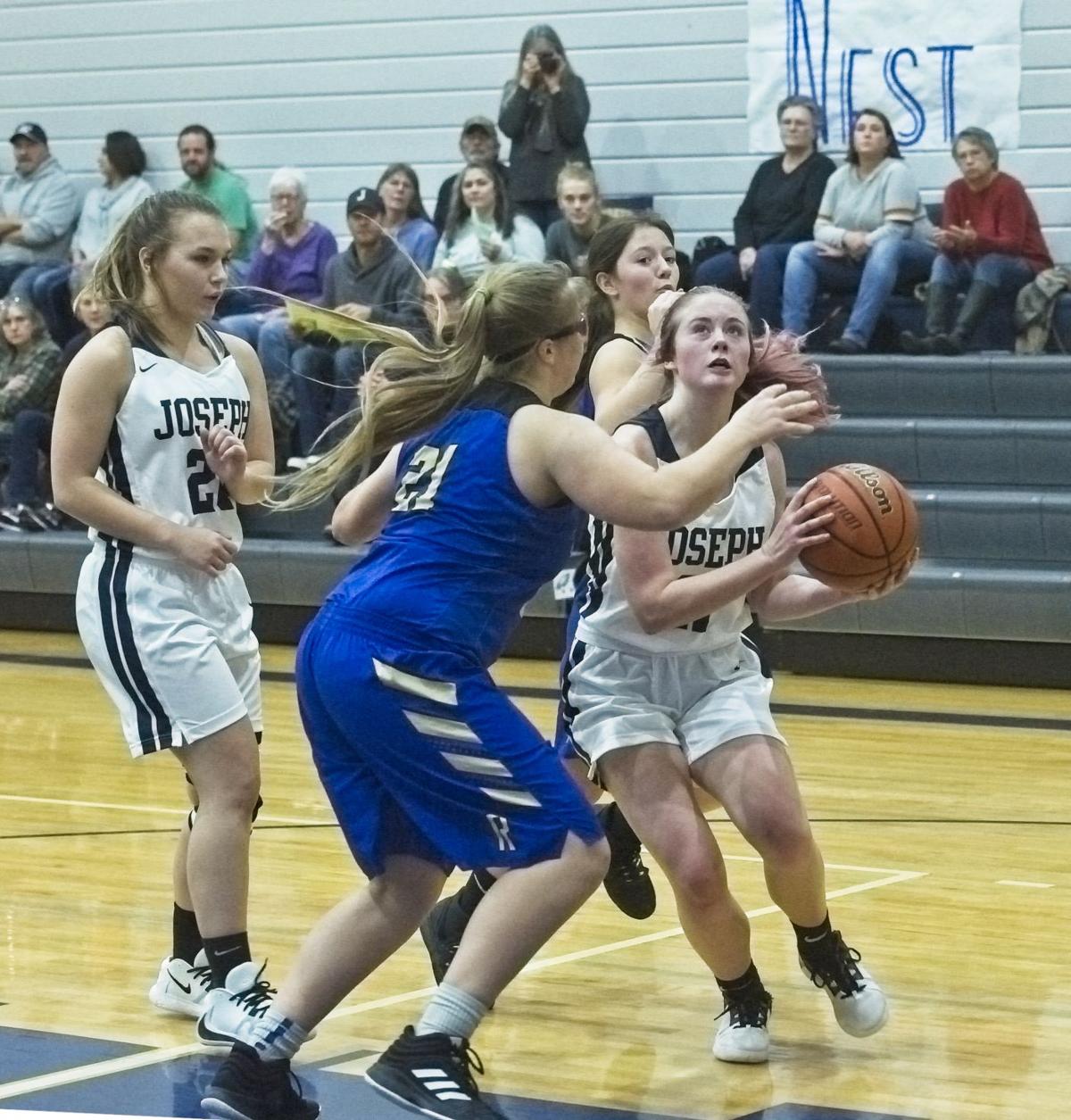 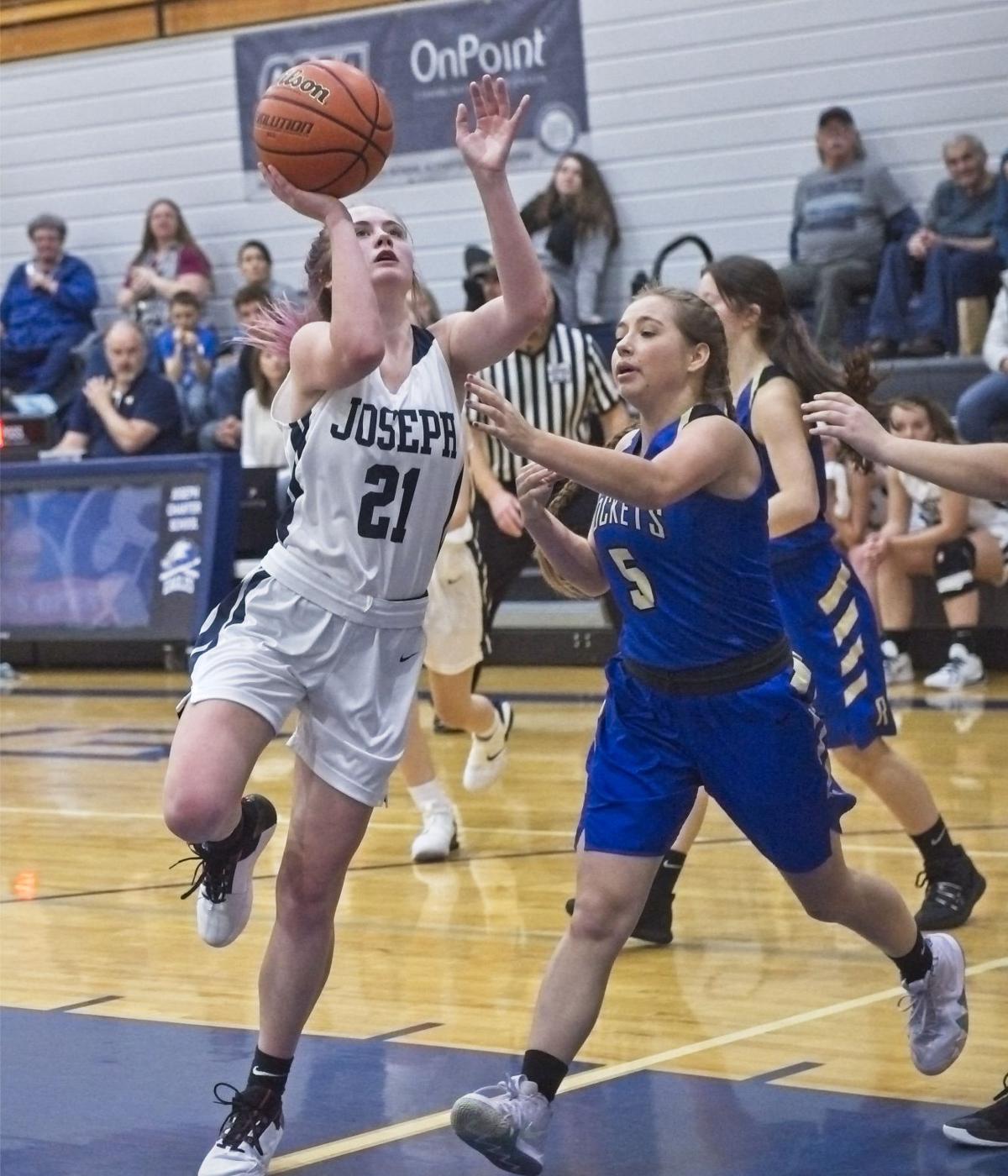 Sabrina Albee guns for a layin. 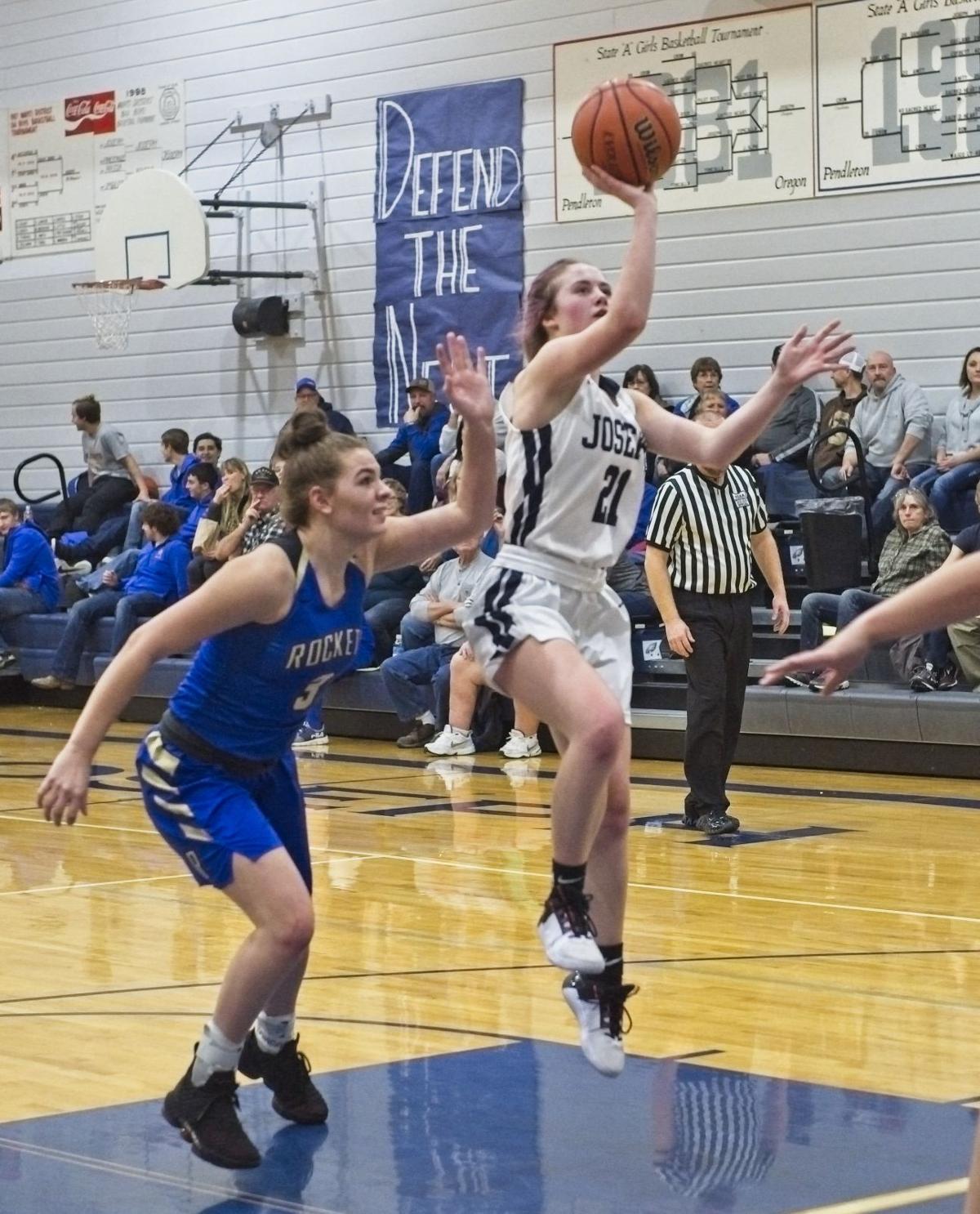 Sabrina Albee goes up for 2.

Joseph’s Camille Crenshaw goes in for an uncontested laying in the third quarter of the game with Pilot Rock.

Sabrina Albee drives to the hoop during the Joseph-Pilot Rock game Dec. 7.

Sabrina Albee guns for a layin.

Sabrina Albee goes up for 2.

Prairie City signed up for their beat-down on Friday, Dec. 6, falling to the Eagles, 48-16 with virtually the entire Eagles squad getting quality time on the floor.

Led by super Sabrina Albee’s 29 points, the Eagles kept the scorekeeper busy no matter who was on the floor. As seen from the score, defense was stingy in what they allowed as well, forcing 28 Panther turnovers.

“This was a great first game for us,” Coach Lance Homan said. “Our defense was great.” He added that Albee brings a lift to the squad in all facets of the game and also mentioned that Micka’s performance was praiseworthy as well. Her speed and steal output left him in awe.

“As a team, I was proud of the effort they gave and the execution of the things we ask them to do,” Homan said. “I was also very proud of our two new faces on the varsity team, Molly Curry and Emma Bateman, as they came right in and did a solid job for us, although they were extremely nervous.”

The following afternoon saw the Eagles put the fizzle on the Pilot Rock Rockets, as the visitors never made it out of orbit, suffering a 45-24 loss thanks to the 24-point output of Albee and miserly defense of Camille Crenshaw that created a spark for the rest of the team.

Homan noted the superb performance of Nelson for both her offensive and defensive efforts.

Albee got kudos for assist performance as well as her other efforts and Micka received the same for her offensive and defensive efforts and attitude. Homan was also impressed with Rylee Wilcox, Emma Batemen, and Molly Curry.

“I was proud of how our kids started the game with good energy against a much bigger opponent in Pilot Rock,” Homan said. “We got pushed around inside, but our guard pressure really made it difficult for Pilot Rock to get the ball into their posts. It was a good way to start the year off and we are looking forward to this next weekend.”

The Eagles next face opponents Adrian, Union and Jordan Valley on Dec. 12-14 at the Badger Tournament in Powder Valley.