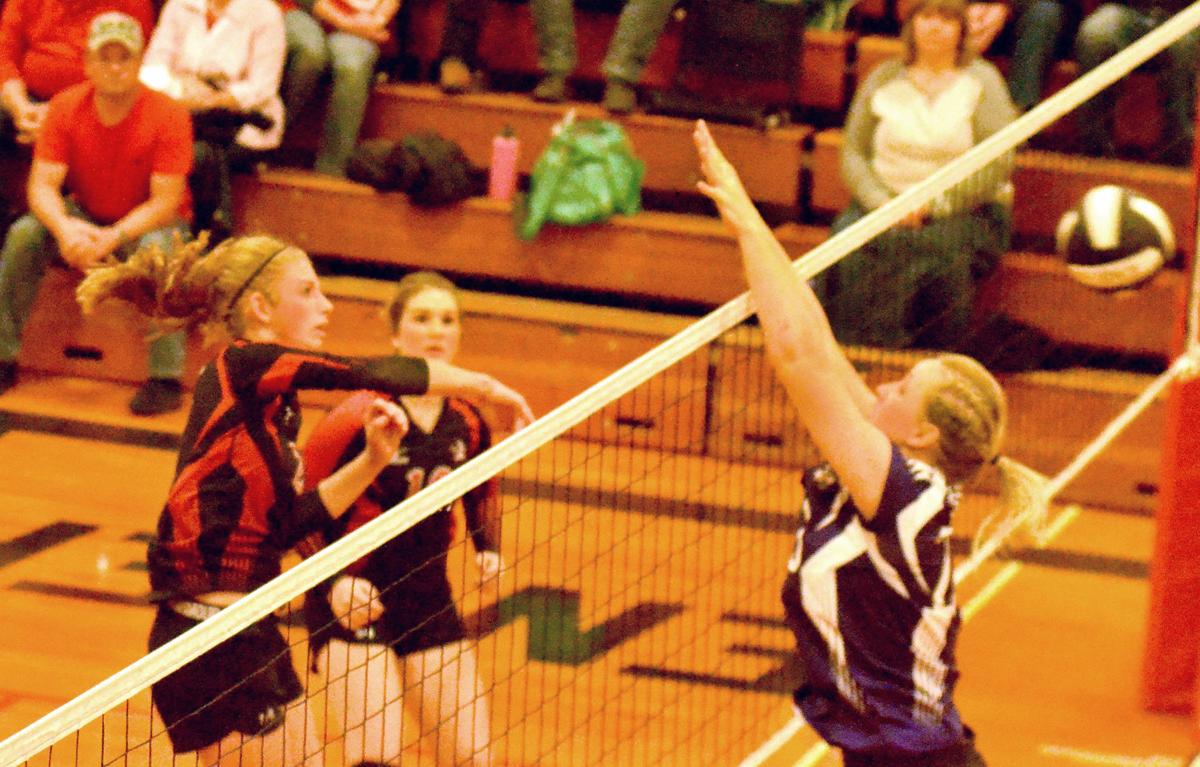 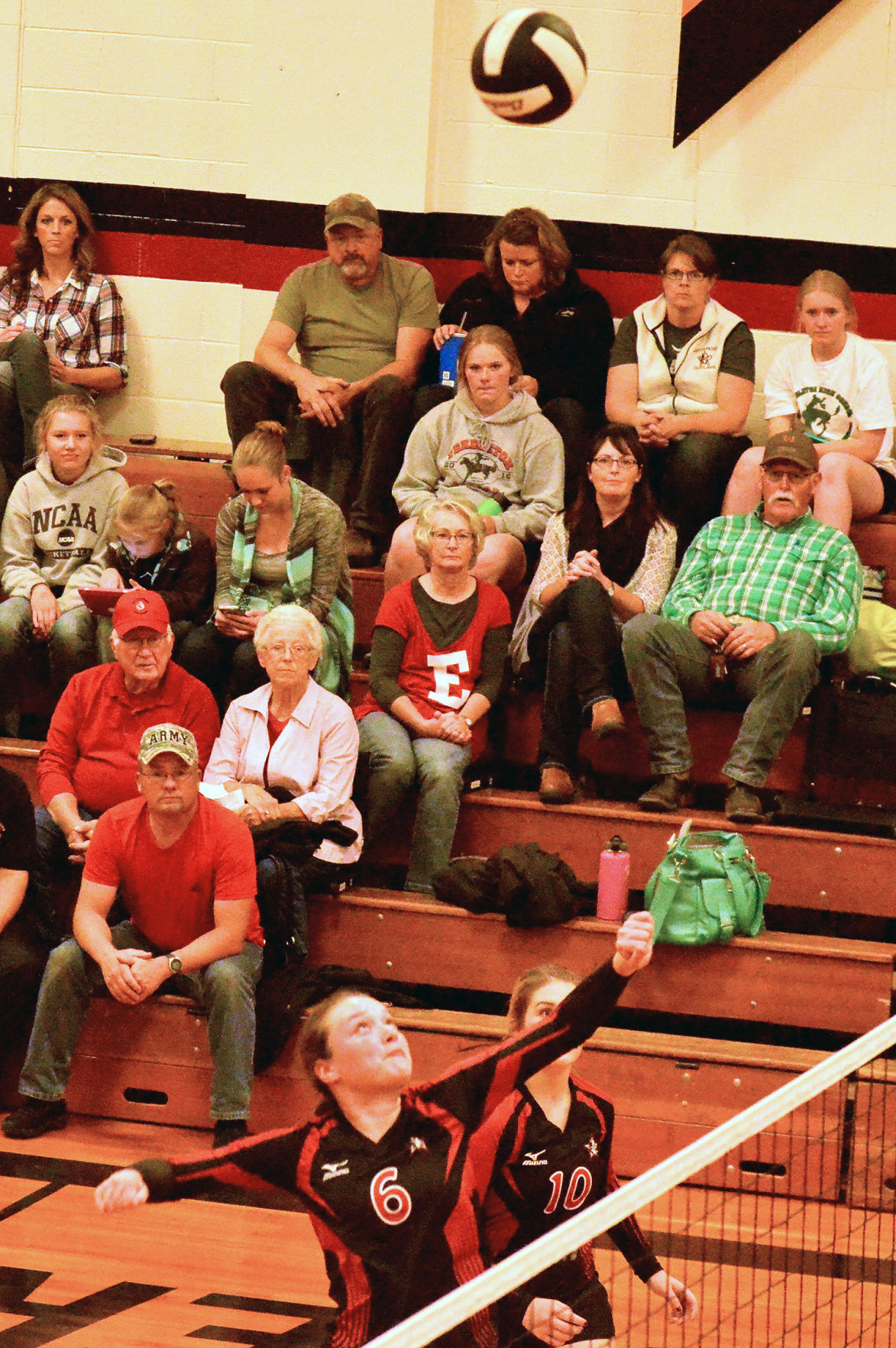 Heidi Niezen zeroes in on a kill against Elgin in front of teammate Ashley Exon. 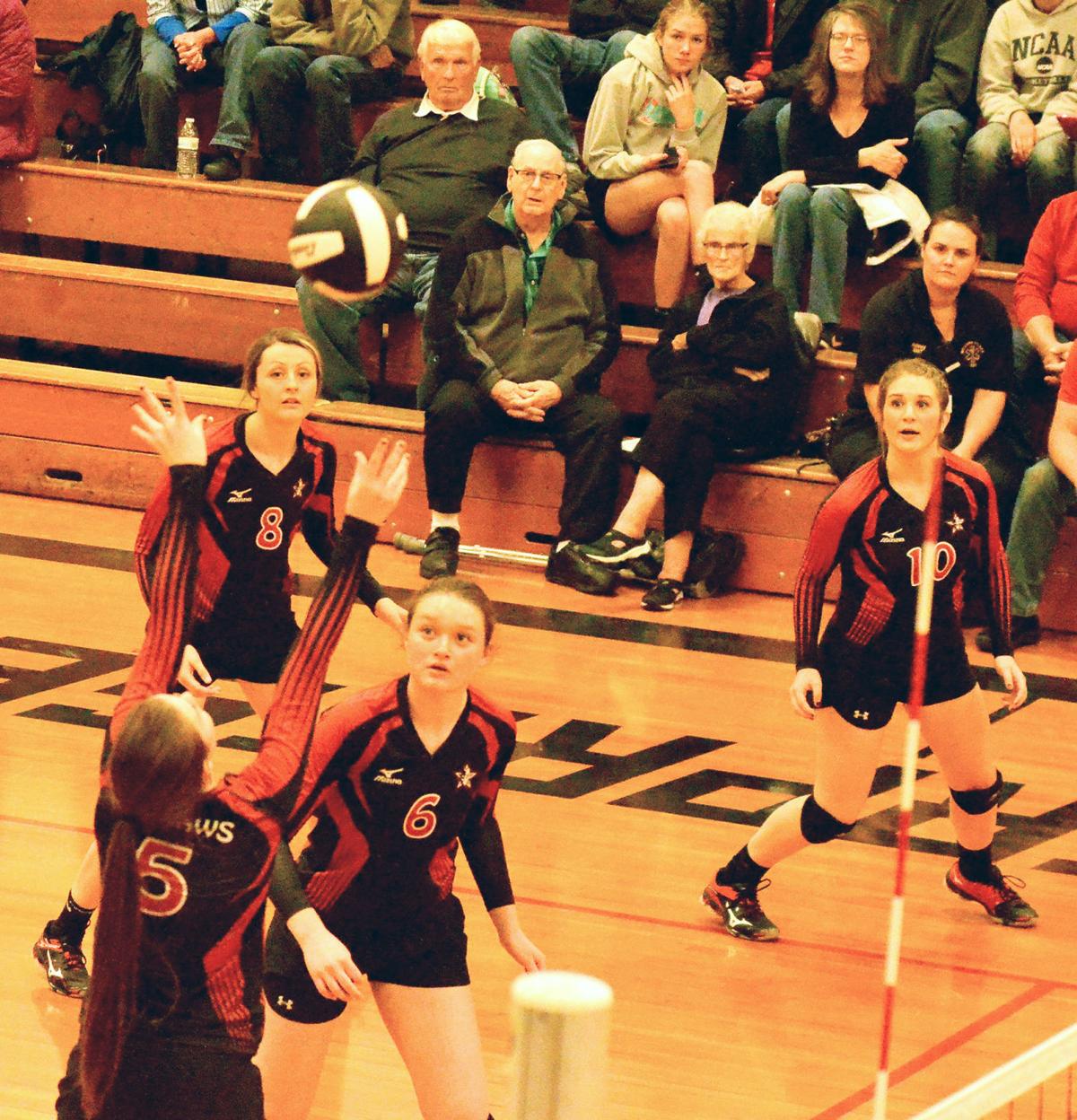 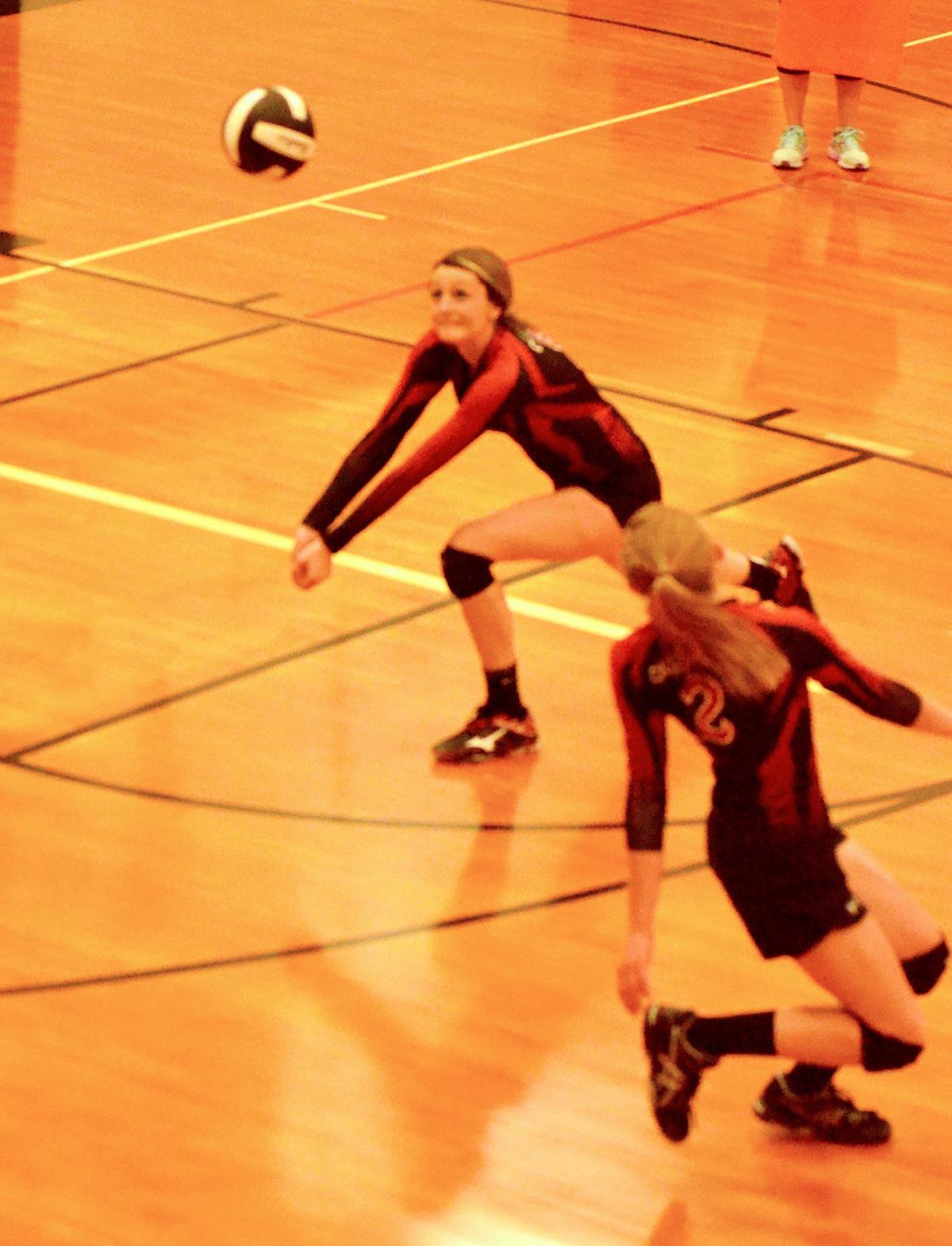 Tiffanie George goes after a deep ball in front of teammate Riley Gray.

Heidi Niezen zeroes in on a kill against Elgin in front of teammate Ashley Exon.

Tiffanie George goes after a deep ball in front of teammate Riley Gray.

The puzzle pieces are falling into place for Outlaws volleyball.

Enterprise defeated league foe Elgin on Thursday for the second time in a week — this time emphatically and at home.

Enterprise enjoyed arguably its best performance of the season. The Outlaws consistently found their spots on defense, managed crucial digs and made solid contact on the attack. As a team, they committed just four service errors the entire match.

“I don’t think they realized how many mistakes we were making,” said coach Shiann Micka. “I brought them their stats one day and said, ‘This is what you’ve been doing.’ Their reaction was like, ‘What?’ Once I brought that to their attention, they realized they needed to play smarter and get better at the little things.”

The improvement was evident right away as the Outlaws jumped out to a quick 11-2 lead in the first game behind a flurry of aces and kills. Enterprise closed the deal on Game 1 behind effective service from sophomore Shelby Moncrief and a pair of strong kills by Gray.

The only letdown for Enterprise came in the second game when the Huskies (2-10, 0-6) chipped away at a five-point deficit and got to within 17-15 on an ace from junior Taylor Noble. Enterprise junior Reece Christman then took serve and got the Outlaws back on track with four straight points, one on an ace, two on kills from Gray and another on a kill by senior Tiffanie George, who finished with four kills, 10 digs and a pair of aces.

The Huskies battled back to pull within 23-21, but ultimately lost the second game 25-21 on a service error.

The third game was never really in doubt as Enterprise jumped out to a 10-3 lead. George took serve at 11-6 and the Outlaws reeled off six straight points. Senior outside hitter Sarah Aschenbrenner announced her presence with four kills in the span of 10 points.

Junior Heidi Niezen finished with six kills and an assist for Enterprise, while junior Ashley Exon contributed four kills, two aces and nine digs. The Outlaws also got 10 digs from Christman and seven each from Gray and Moncrief. Gray and Niezen had two blocks each to lead Enterprise.