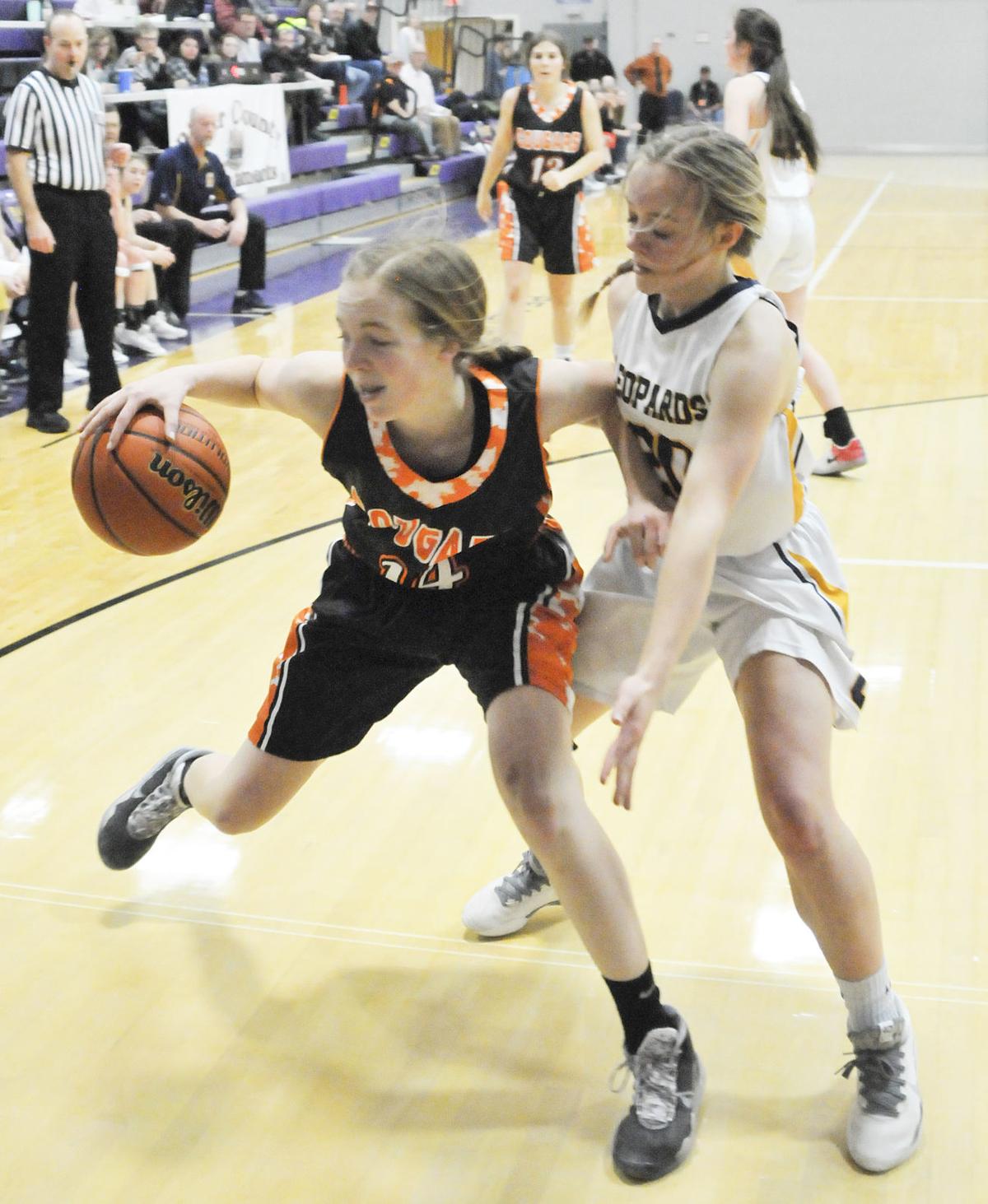 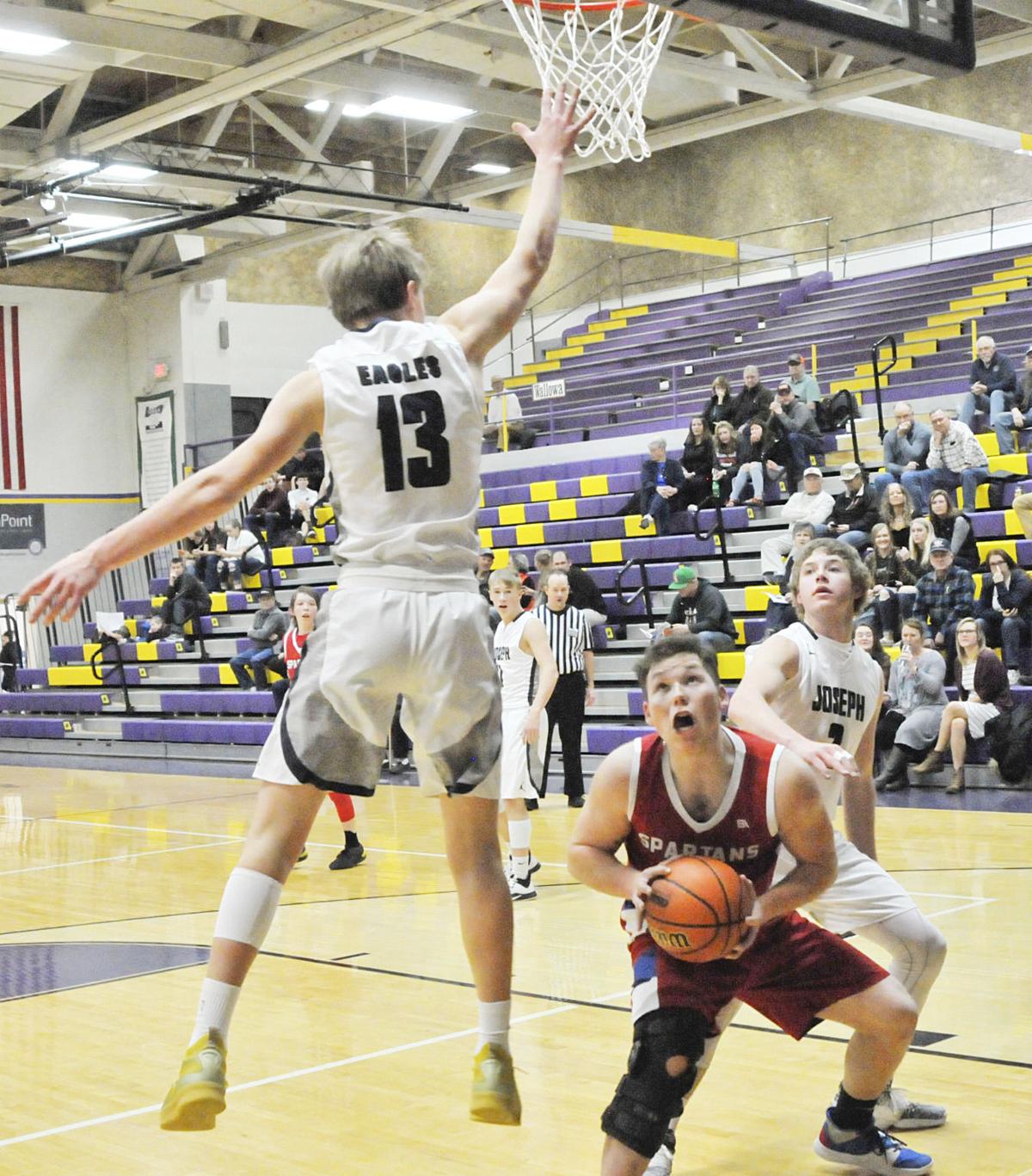 Mason Ferré pulls out all the defensive stops to confront a Pine Eagle shooter. 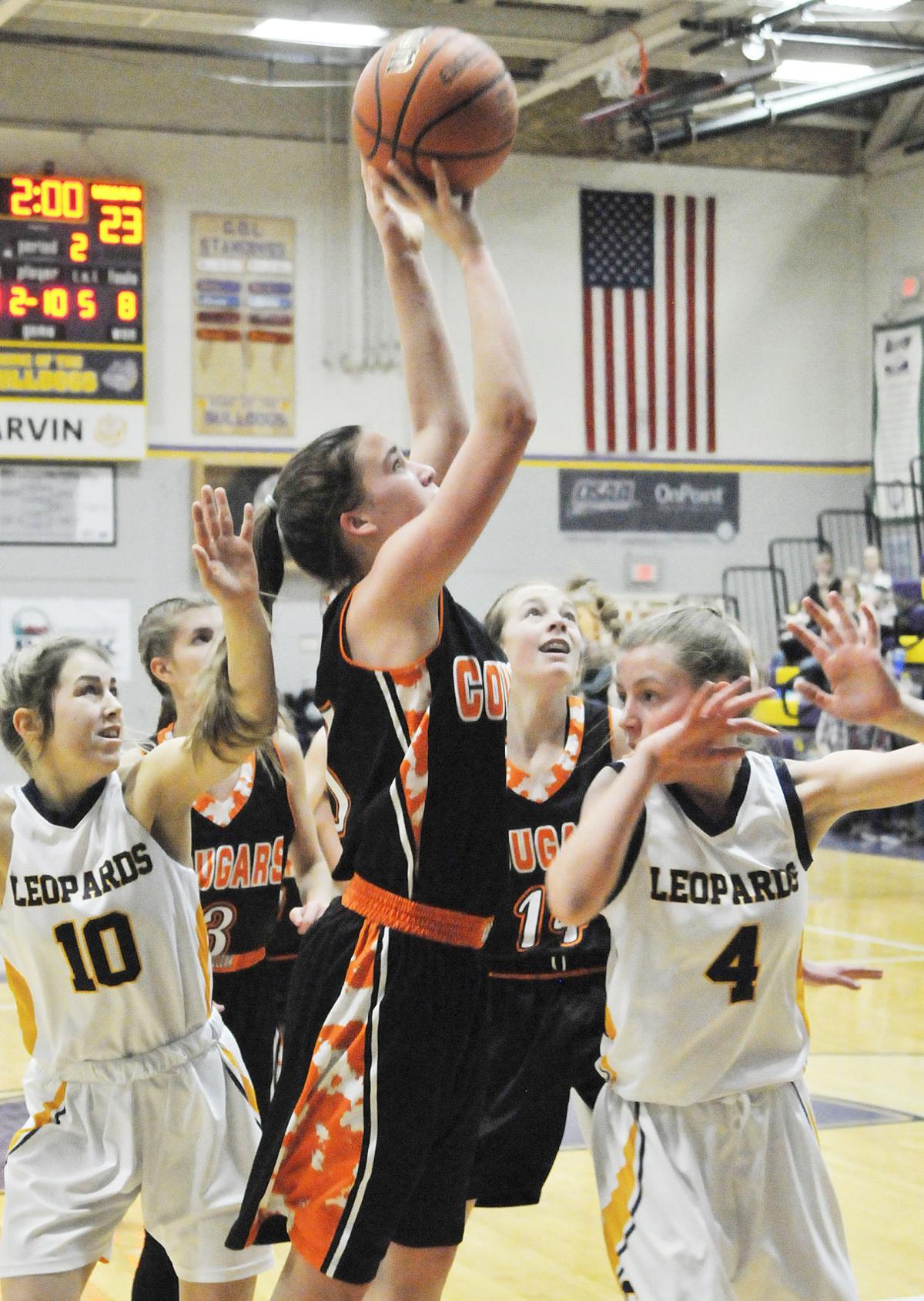 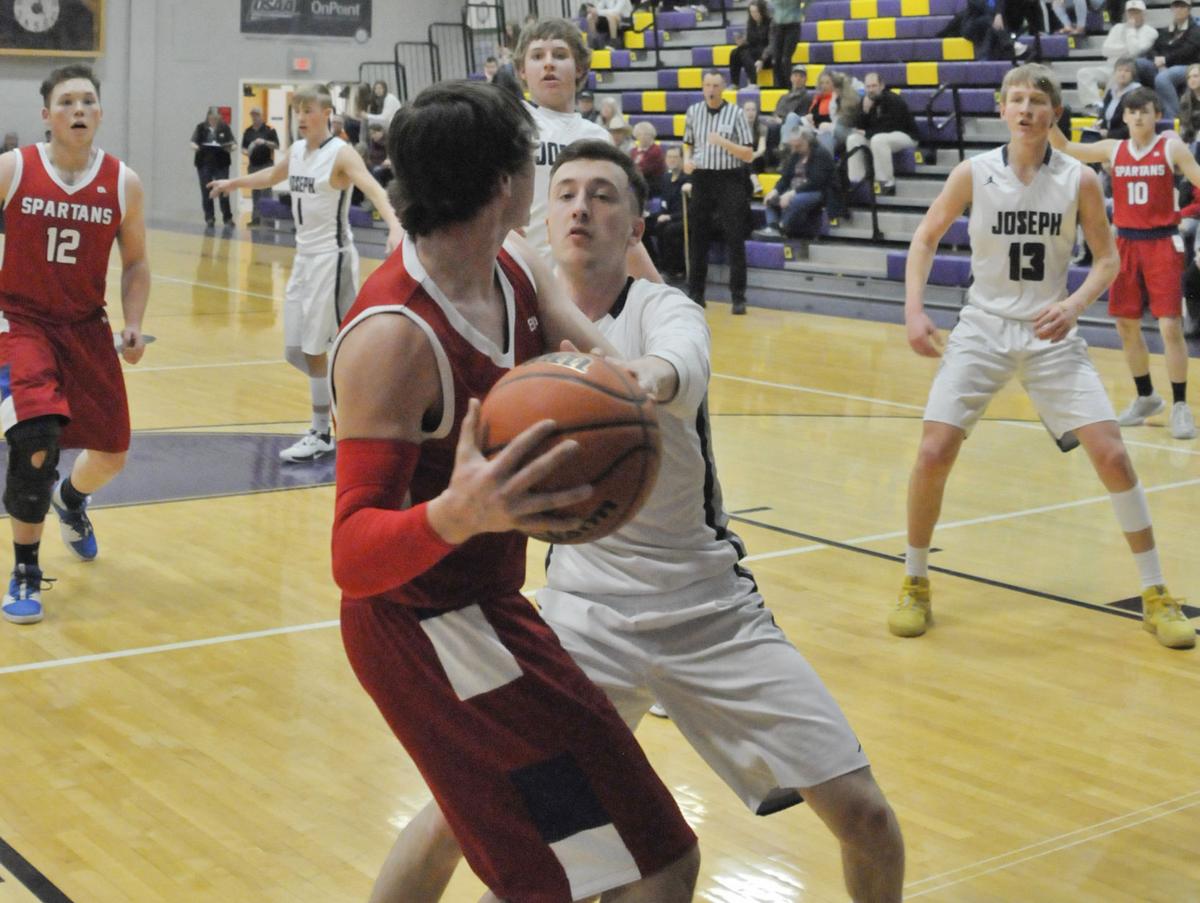 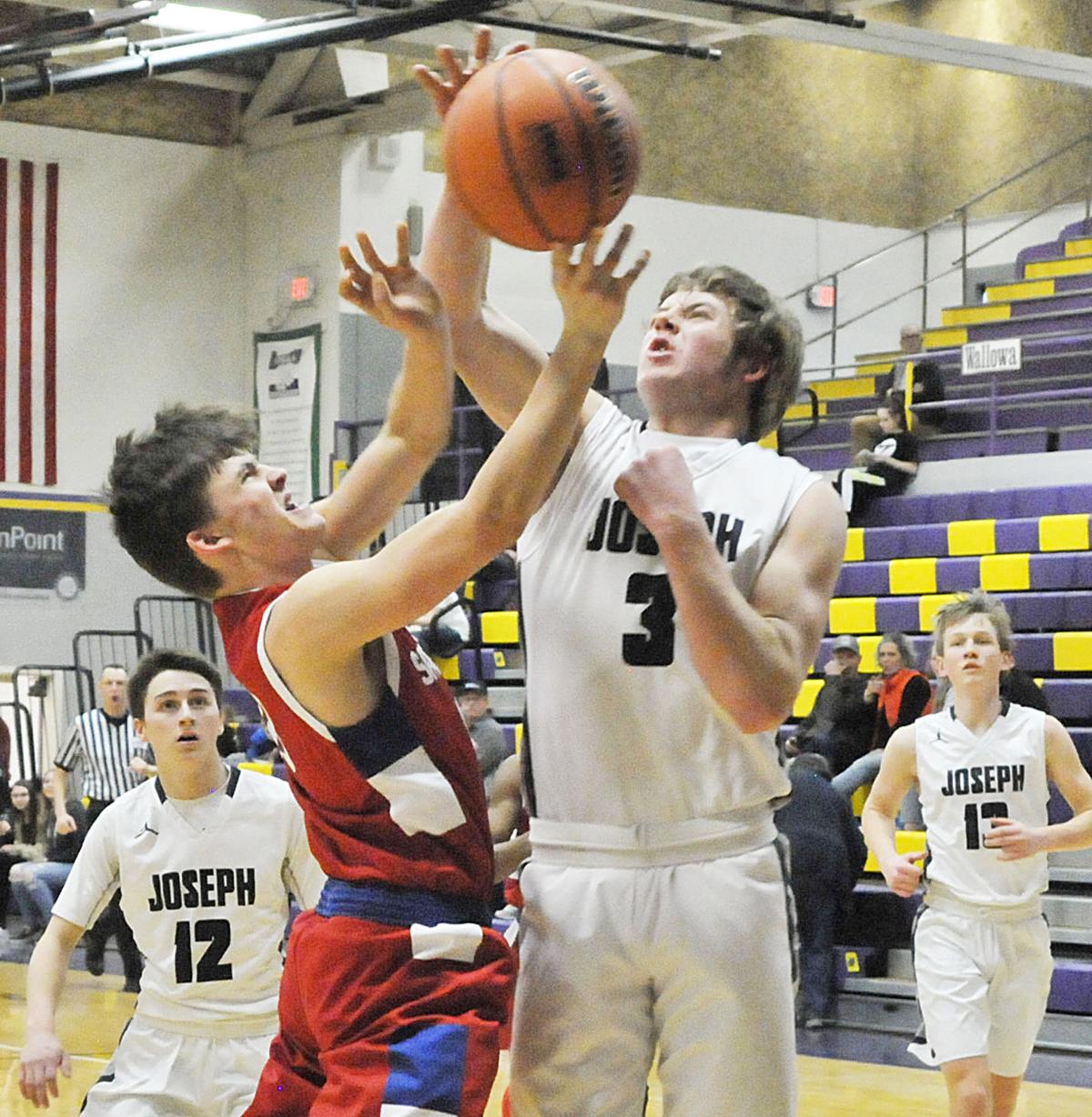 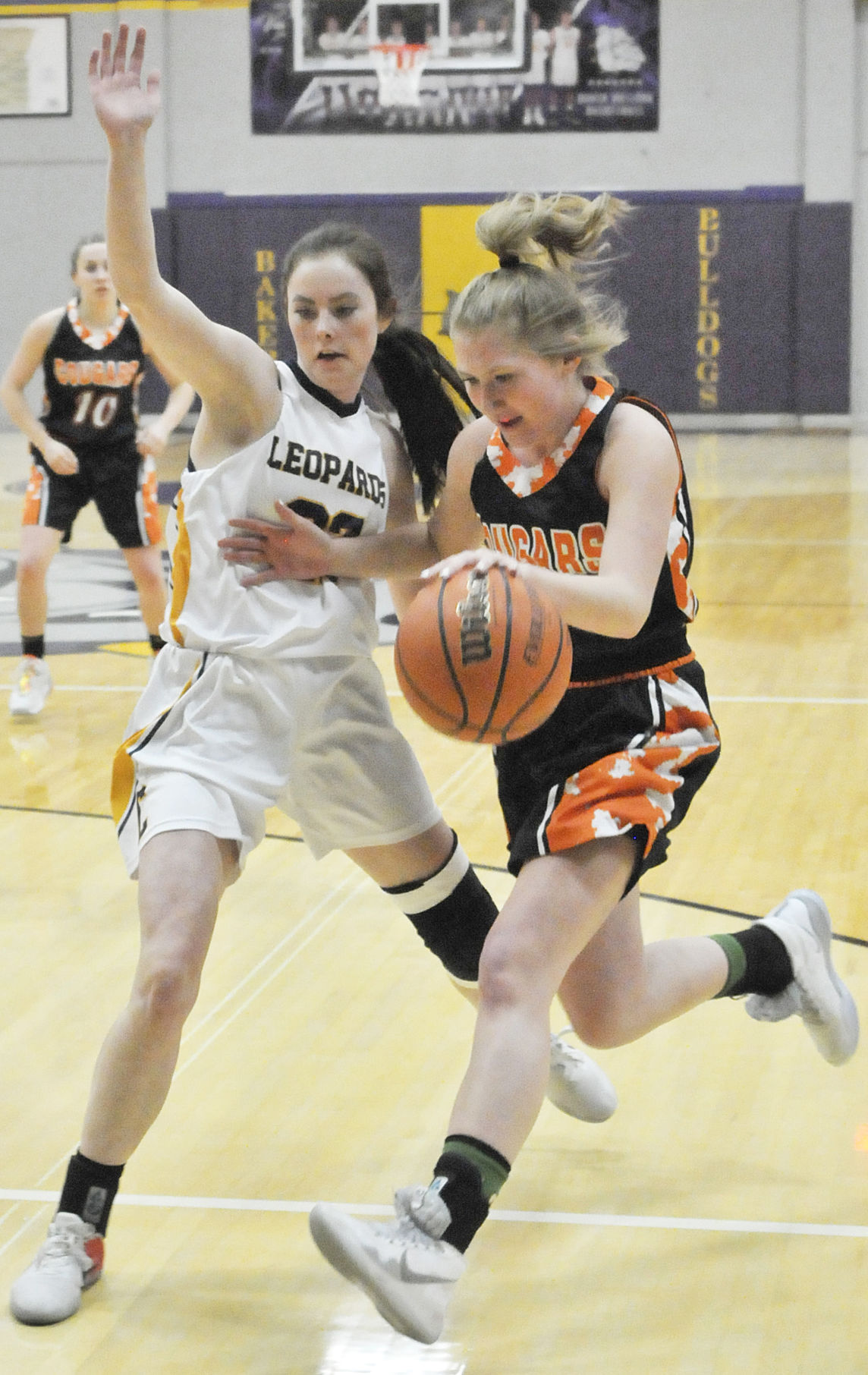 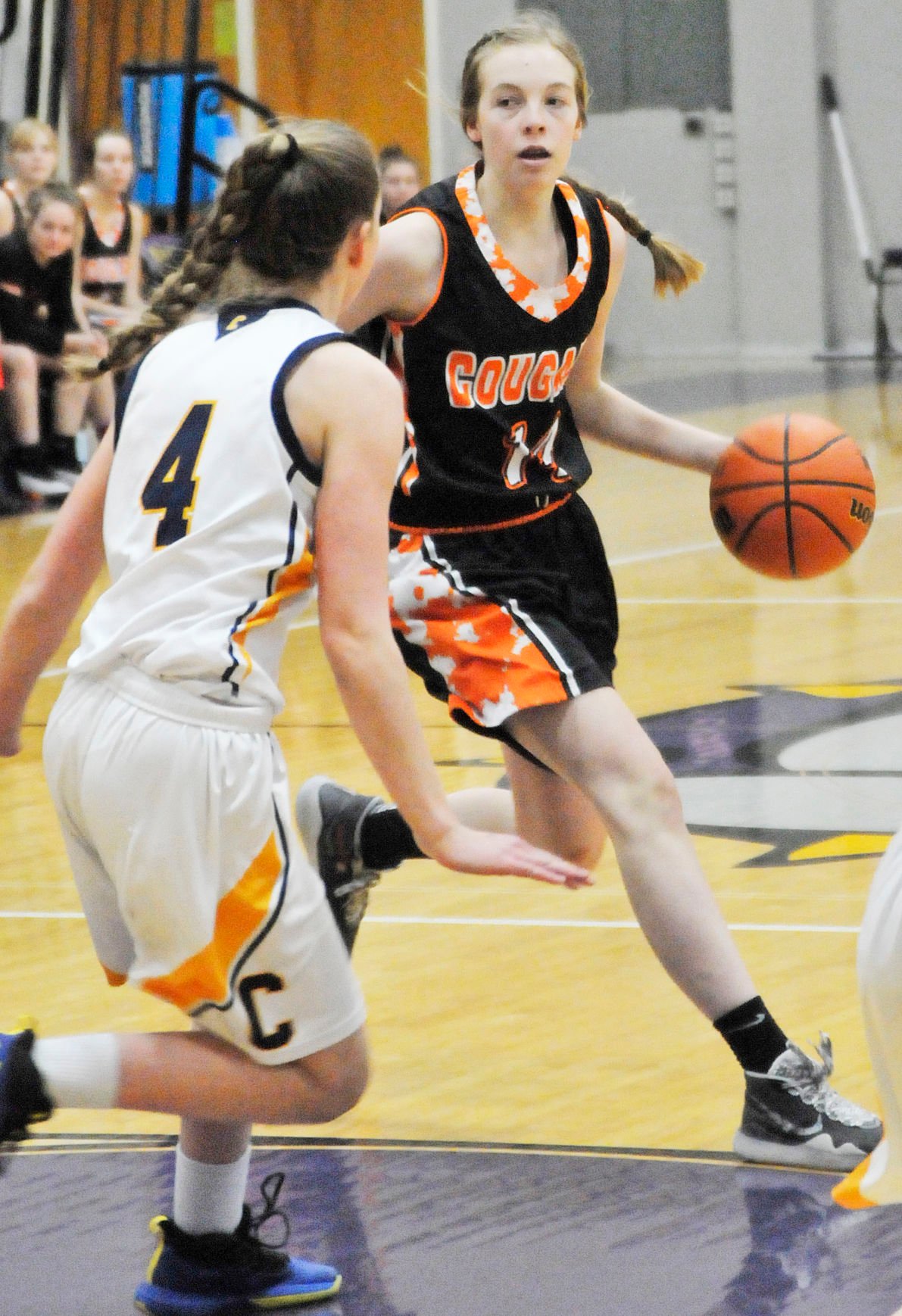 Wallowa Cougar Libby Fisher makes a move down the court.

Mason Ferré pulls out all the defensive stops to confront a Pine Eagle shooter.

Wallowa Cougar Libby Fisher makes a move down the court.

Wallowa 55, Cove 30: Jamie Johnston had 27 points and 18 rebounds Thursday as the Cougars advanced to the semifinals of the Old Oregon League district tournament and ended Cove’s season.

Wallowa led throughout, going ahead by seven early before taking a 29-16 lead at the half, then scoring 16 more points in the third to extend the lead to 23 and put the game out of reach.

Raegan Duby had nine points to lead Cove, which finishes the season with an overall record of 11-12.

Wallowa (13-11) faces Joseph on Friday in the semifinals with an automatic state berth at stake.

Joseph built an early eight-point lead, with Murray netting 13 points in the first quarter alone as the Eagles went up 20-12.

They slowly added on, going ahead by nine (30-21) at the half and 11 (40-29) after three quarters before putting the game away in the fourth. Both Ferre and Murray had nine in the second half to finish off the win.

The Eagles (19-6 overall) face Powder Valley in the semifinals Friday with an automatic state berth on the line.