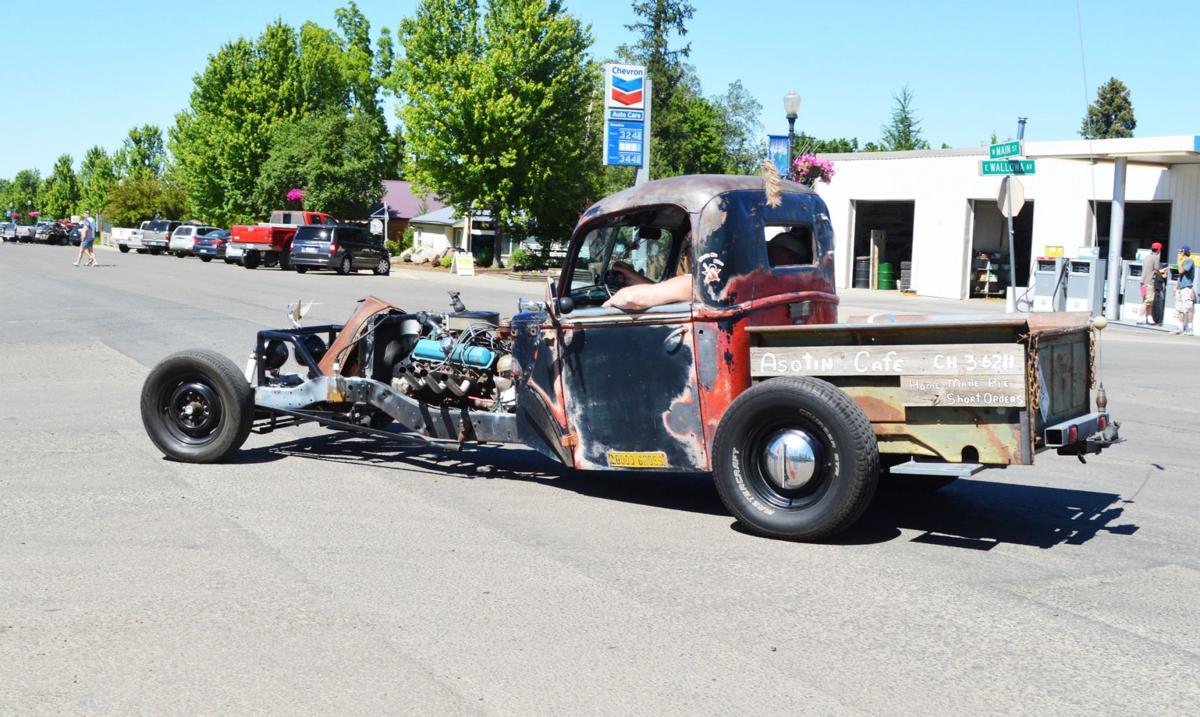 Steve Tool/Chieftain This oddity from Washington really epitomizes the term “rat rod.” They are taking part in the Ragman Cruise. 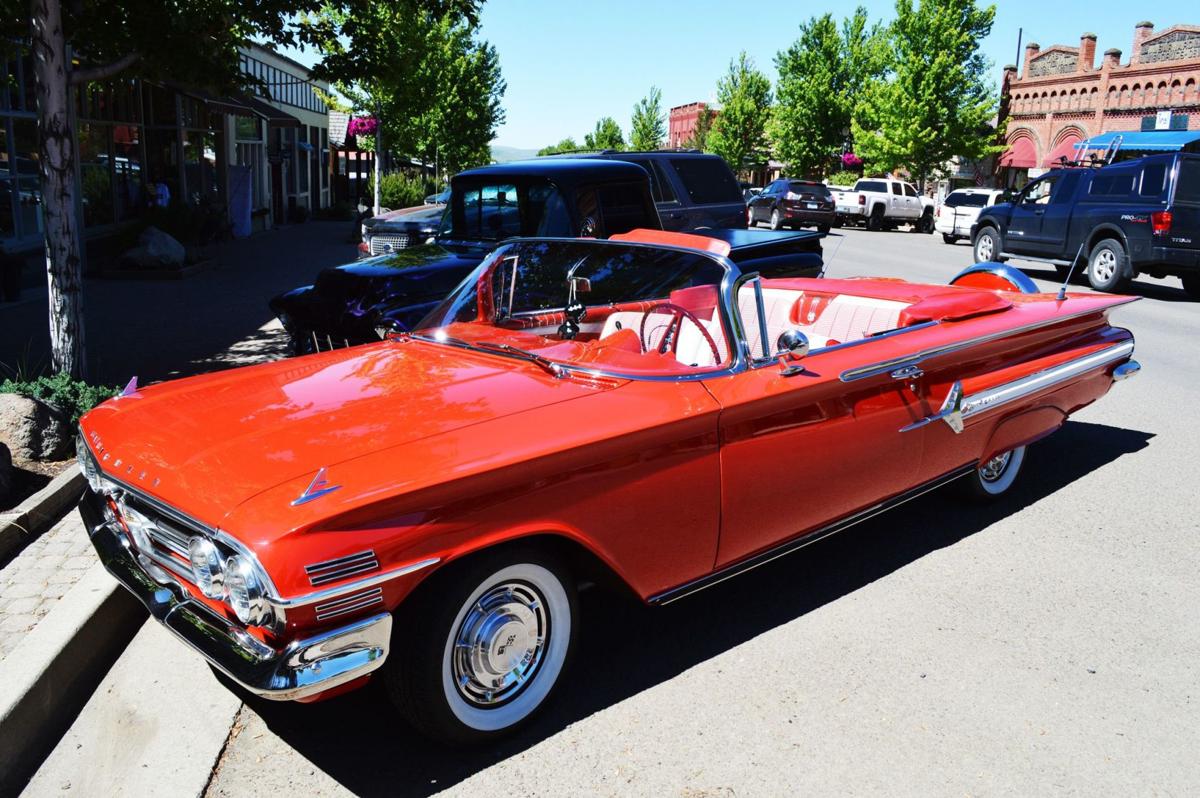 SteveTool/Chieftain Competition was so intense that this beautiful 1960 Chevy Impala ragtop only took second place in its class. 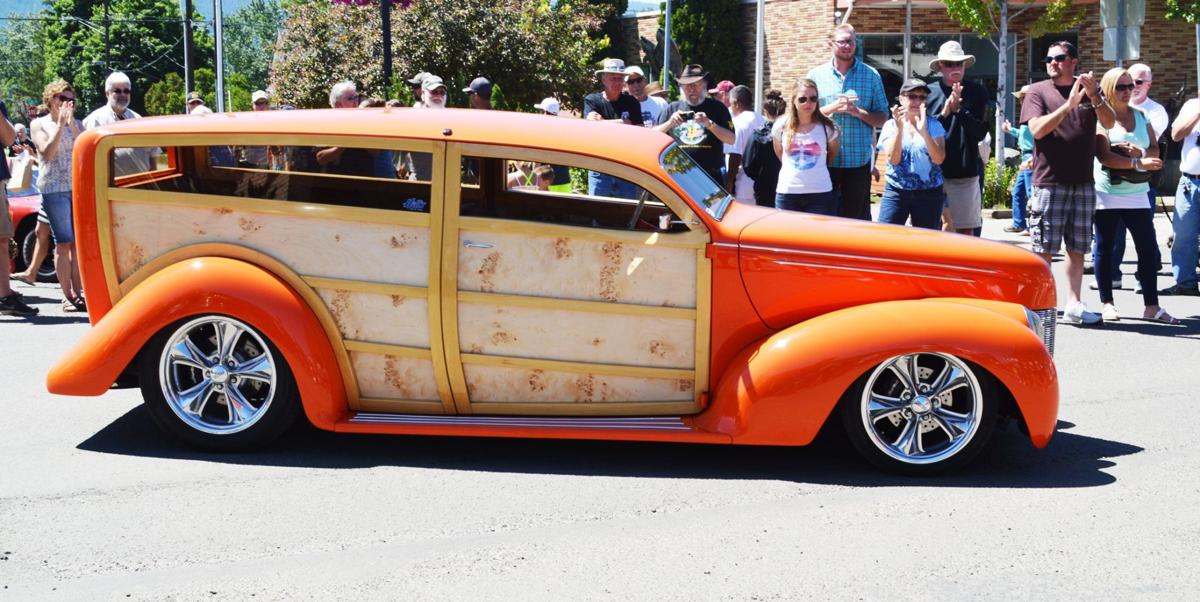 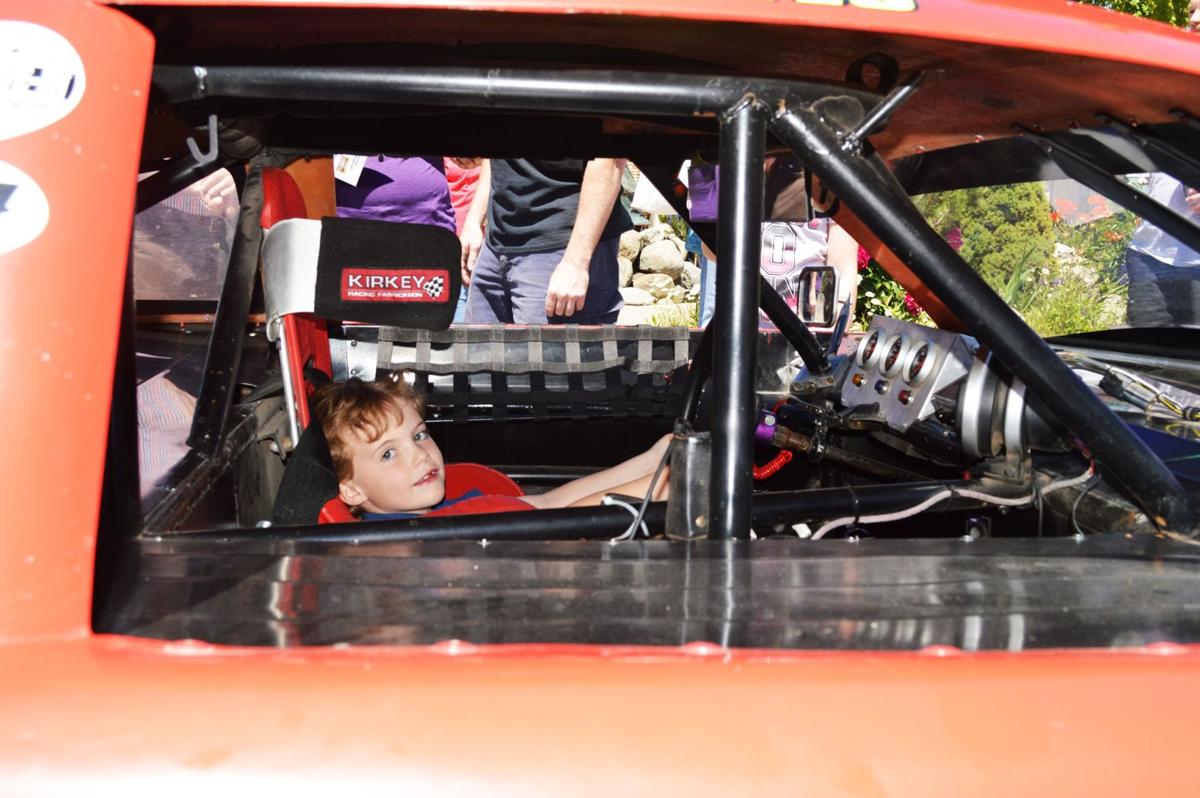 Steve Tool/Chieftain Nicholas Samples enjoying life behind the wheel of the Hayes Brothers race car which appeared at the car show.

Steve Tool/Chieftain This oddity from Washington really epitomizes the term “rat rod.” They are taking part in the Ragman Cruise.

SteveTool/Chieftain Competition was so intense that this beautiful 1960 Chevy Impala ragtop only took second place in its class.

Steve Tool/Chieftain Nicholas Samples enjoying life behind the wheel of the Hayes Brothers race car which appeared at the car show.

JOSEPH — The perfect combination of sunny blue skies and the return of the Oregon Mountain Cruise car show after a year-long hiatus brought many hundreds of people to the city of Joseph over June 12-13. Over 200 classic cars and trucks lined both sides of the city’s Main Street from one end of town to the other, and along some of the side streets as well.

Both the sidewalks and the roped-off car display section of Main Street teemed with visitors and citizens from much of the Pacific Northwest. After 11 a.m., it was virtually impossible to find a place to sit at any eatery. Even the Farmers’ Market caught some overflow from the crowd.

Classic rock group, “The Senders,” played hits from the days of yore as the crowds passed by classic cars in a never-ending stream.

Event organizer, Chuck Garrett, was very pleased with the event. “We registered 272 cars. That was 272 cars parked on Main Street for display,” Garrett said. While it was not a record year for entrants, Garrett said the show attracted the most registered entrants for at least the last decade.

Although a number of cars return year after year, 77 brand-new entrants arrived for this year’s show. New entrant Bret Butcher, of Pasco, Wash., won the coveted King of the Mountain Award with his 1937 Suburban.

Brian and Kathy Hill, of San Ramon, Calif., won the Jim “Ragman” Tuschhoff Memorial Award, given in honor of the late OMC co-founder. The family chooses the vehicle they think Tuschhoff would have liked best. Jim Tuschhoff’s daughter-in-law, Kim Tuschoff, said the family thought the car’s smooth lines, coupled with its driveability, put it over the top of other contestants.

The story of the combination 1939 and 1941 Ford Woodie, with orange paint and wood panels of maple burl veneer, is an adventure in itself. Hill, a first-time OMC entrant, literally built the car from the ground up with only some drawings for guidance. Hill also had no previous woodworking experience. “It took me two-and-half years, and I did all the work myself, except the paint and the upholstery. I cut the original drawing out of a magazine and taped it to my welder for the next couple of years,” Hill said. He built the frame and chassis from scratch and shaped and welded the sheet metal for the rest of the car — including the elaborately curved fenders. The engine is a V-8 Chevy 350.

Despite the car’s unique nature, the Hills drive the car regularly, not only from the Bay area to Enterprise, but even across country to Indianapolis to drive on the speedway. Hill said his wife was very patient through the building process.

Asked if he planned to return for next year’s Cruise, Hill laughed. “I guess I kind of have to, now that I’m on the T-shirt.”

Happy with the OMC for this year, Garrett did say the dates would change slightly for next year’s Cruise because of the graduation of his daughter from the University of Oregon. He also said he planned to make the new dates available as soon as possible.

Garrett also has other changes he’d like to see. “I’d like to see more local volunteers get involved, so Pam (Garrett’s wife) and I can step away from this event, but we’d like to keep it going. We’re looking for people to volunteer all year long, not just the weekend. A lot of the people who help plan and organize aren’t even from the area, so we need more locals involved.”

In the end, Garrett said he didn’t hear a single complaint all weekend, and he himself felt pleased. “I really don’t remember one being better than this one,” Garrett said.