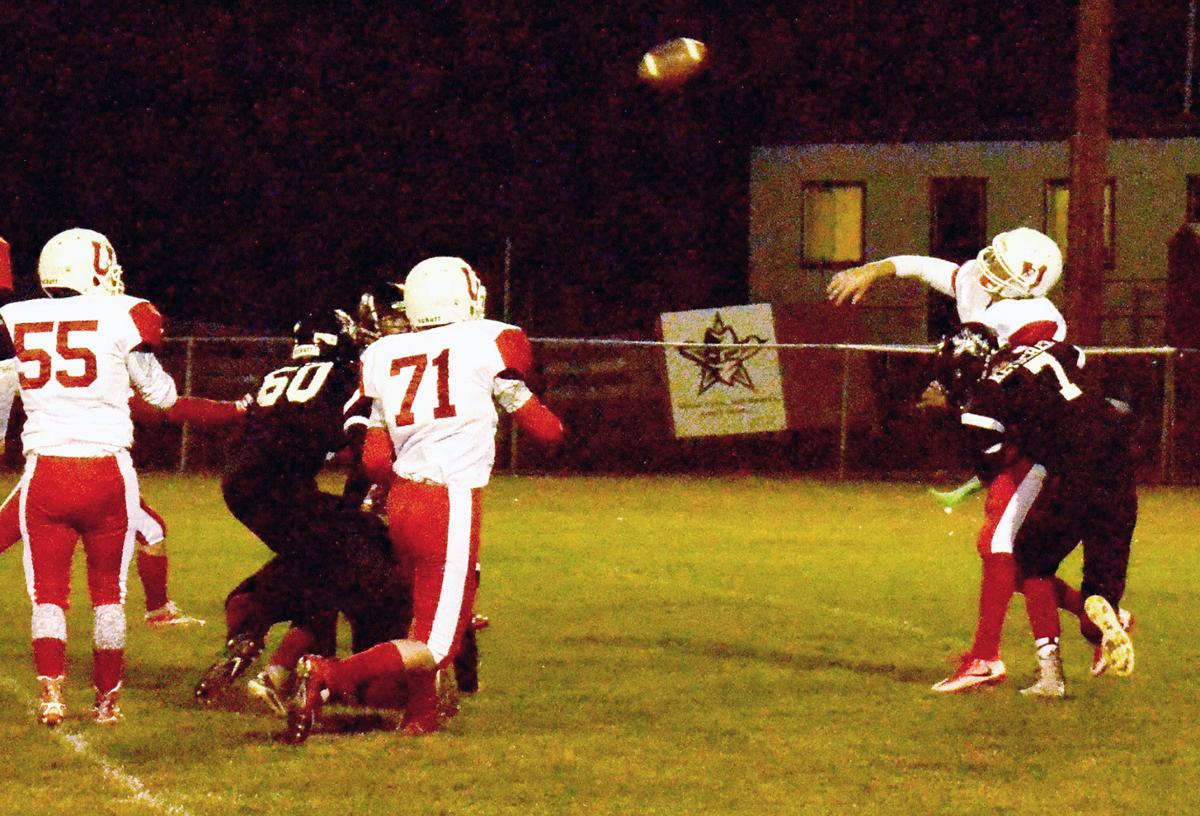 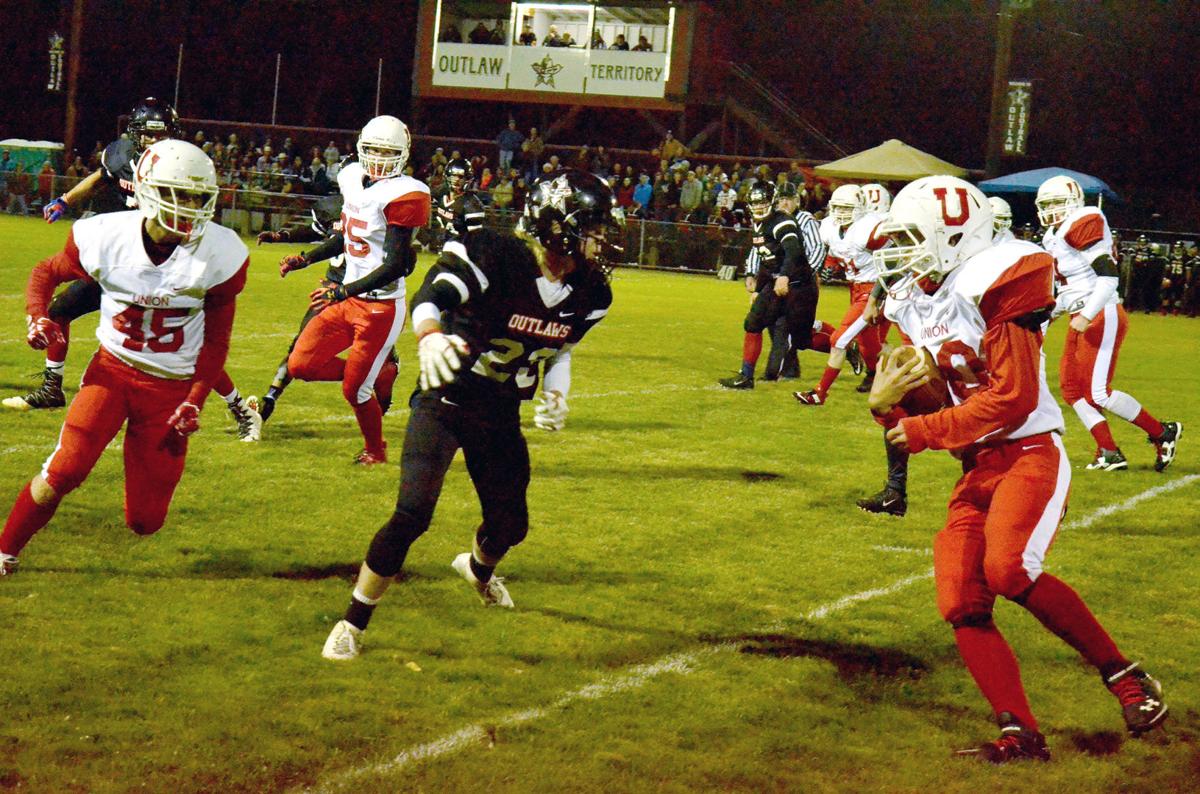 The Outlaws' Clayne Miller (23) prepares to wrap up a Union running back on Friday. 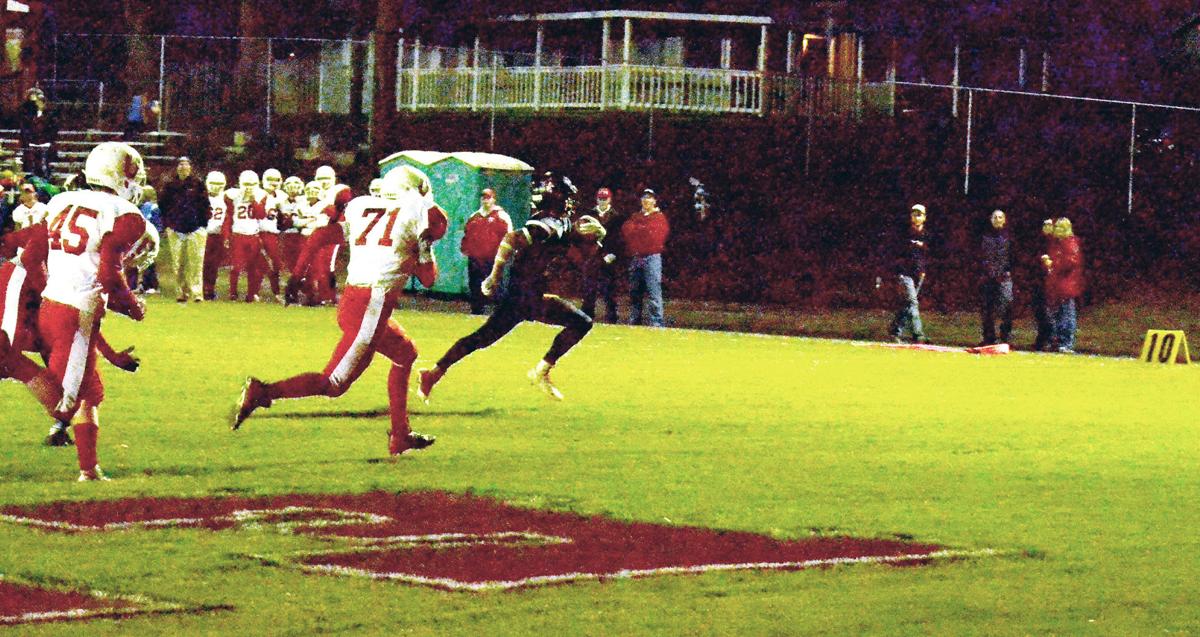 Tate Olsen finds room on the edge for a 12-yard TD run against Union on Friday. 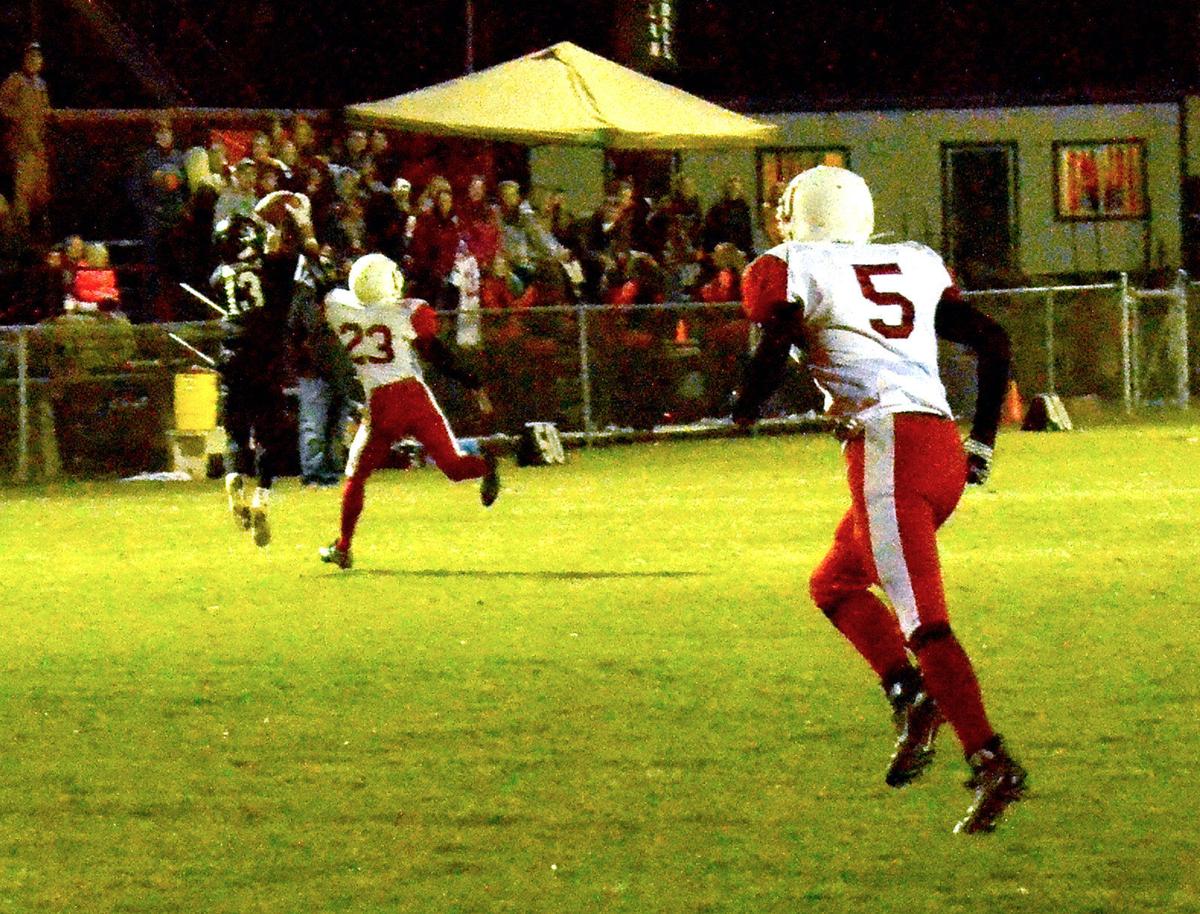 The Outlaws' Clayne Miller (23) prepares to wrap up a Union running back on Friday.

Tate Olsen finds room on the edge for a 12-yard TD run against Union on Friday.

Things can start to seem pretty bleak when you’re trailing 19-0 midway through the second quarter on Homecoming Night.

That’s where the Enterprise Outlaws found themselves against Union on Friday on the home turf. Quitting wasn’t an option, however, and the home team fought for the win before coming up just short in a 31-29 loss in their league opener.

Union (3-2, 1-0) scored on each of its first three possessions with a nice mix of misdirection running, power running and timely pass plays.

Down 19-0 with 7:50 left in the first half, the Outlaws (1-4, 0-1) started to turn things around. After facemask penalty gave Enterprise a first down at the Union 30-yard line, senior quarterback Tate Olsen hit Trent Walker on a 15-yard pass before Walker galloped into the end zone from four yards out on a counter play for the Outlaws’ first score.

The Enterprise defense stood tall on Union’s next possession, forcing a three-and-out. The Outlaws offense marched again, with Olsen connecting on a pass to Justus Even before tossing a TD pass to Walker from inside the 10-yard line that went through the fingers of Bobcats defender Kordale Nowak.

Olsen then picked off quarterback Quinn Evans on the Bobcats’ next drive, but the clock ran out before Enterprise could score again.

The Outlaws went into the half with renewed hope trailing just 19-12, then opened the second half with another scoring drive that culminated with Olsen cruising into the end zone on a misdirection play to the outside. Another missed PAT opportunity left them trailing 19-18.

Union’s Tate Landis fumbled the ensuing kickoff, but the Outlaws offense stalled and failed to capitalize.

Late in the third, Enterprise took over again at midfield and marched deep. The drive ended on a successful 25-yard field goal by Clayne Miller that gave the Outlaws their first lead of the night — 21-19 with about a minute remaining in the third quarter.

The Union rushing attack found its groove again and reclaimed the lead on a 40-yard TD run by Cole Baxter on fourth-and-inches to go up 25-21.

The Outlaws countered with another long drive that ended with Olsen finding Walker over the middle on a 10-yard TD pass. Miller converted the two-point try to give the Outlaws a 29-25 with 8:15 on the clock.

The celebration was short-lived, however, as Union’s Baxter took the ensuing kickoff 65 yards for a score.

From there, the Enterprise offense moved the ball but never very deep into Union territory. The Bobcats’ Nowak sealed the win with an interception of an Olsen pass with less than a minute remaining.

Olsen ended up with a pair of touchdown passes to Walker and a rushing TD. Walker also had one rushing TD.